Today saw the final round of the Australian Open & I was paired against Bernard Chau. He surprised me a little in the opening, playing 2. e4 (I was expecting 2. c4, however to be fair, the games I had on Bernard were a few years old). I played a Gurgenidze Caro Kann & was happy with the position I reached out of the opening - many of the ideal things for black were on the board - exchanged the white-squared bishop for a knight (and doubled white's f-pawns), pressure on the white centre, a good bishop - however I played some poor moves around move 20 & let my advantage slip. Two moves in particular were problematic for me - after capturing my knight on c6, I should have recaptured with the b-pawn, so as to play c5 & attack the white d-pawn soon afterwards. The second mistake was exchanging knights & undoubling white's f-pawns. All of this allowed white to get some pressure on the kingside, while my queenside & central play did not happen quick enough. Although I tried to make things difficult, white's winning plan was much quicker than my counterplay & I resigned shortly after Bernard promoted one of his pawns.

Some photos from today's round 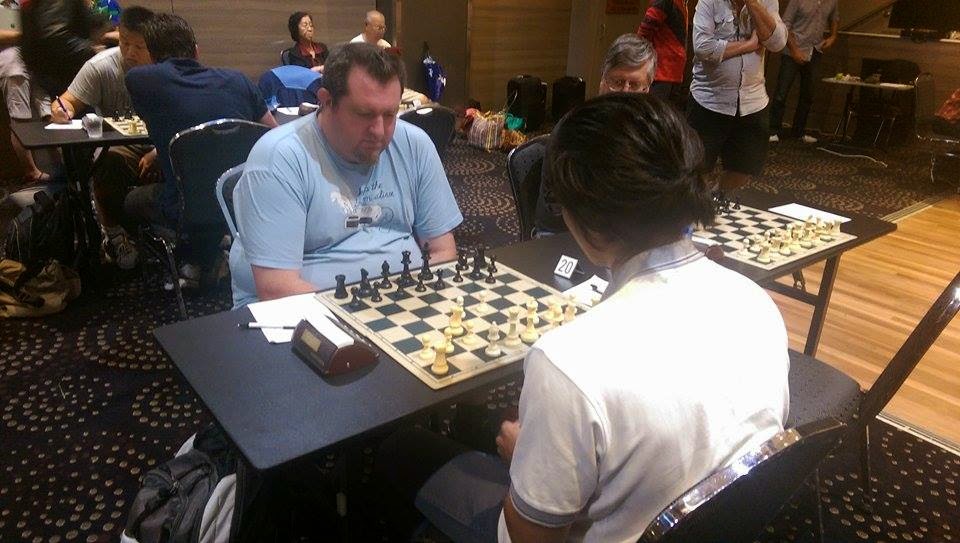 In action against Bernard Chau 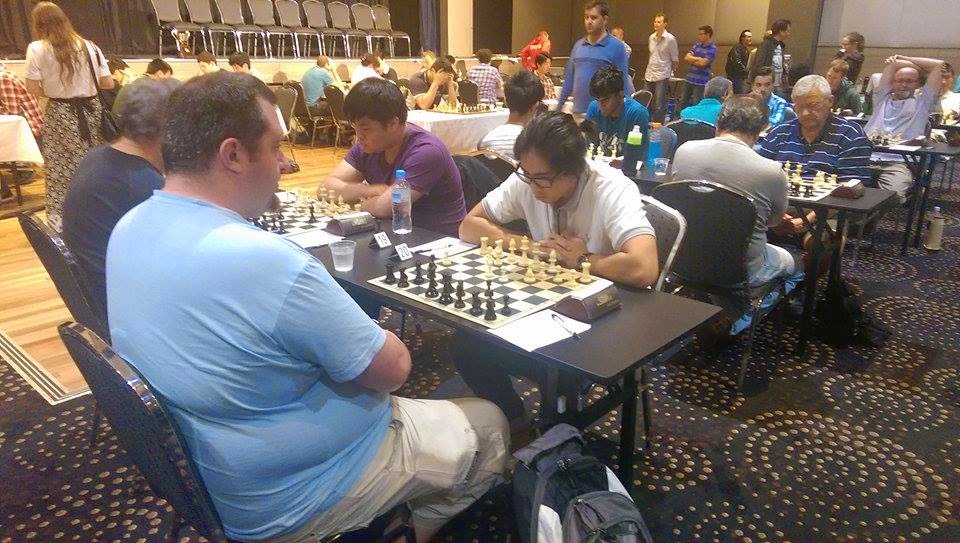 Round 11 against Bernard Chau 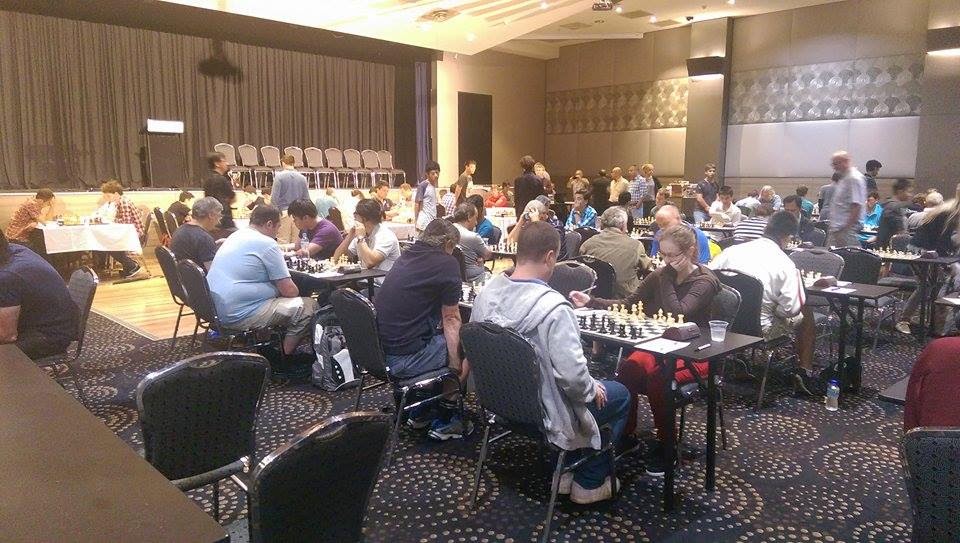 WIM Heather Richards on her way to the Australian Open Women's title - awarded for the first time since 2003!
Posted by MelbourneGamesCoach at 04:48