Day three of the Australian Juniors saw a change of rooms for me - I was in with the under 18 & under 16 open, as well as the under 10 & 8 girls. Overall a far more sedate day, with far fewer issues to resolve!
It was also the final day for the under 8 & under 10 events & wearing my Victorian hat, it was a very good day for the Victorians, winning three of the four titles on offer.
The titles went to the following players:
Under 10 Open - Christopher Lim (Vic), after a playoff with Ruicheng Wang (Vic) (playoff was 1.5-0.5 to Christopher) 7.5/9
Under 8 Open - Atlas Bailieu (Vic) 8/9
Under 10 Girls - Jennifer Zhang (NSW) 9/9
Under 8 Girls - Ellie Choemuku-Huang (Vic) 5.5/9
Overall I was impressed with the under 10s, though am still not completely sold on the under 8s. The biggest issue for the young kids seems to be concentration - those that could sit at the board for over an hour & concentrate tended to be at the pointy end of the field. Perhaps more effort needs to go into improving the behaviour of some of the younger kids, more in terms of etiquette & what to do & not to do at the chess board (to try to minimise the talking, staring, fidgeting, etc that was a constant issue with a number of the younger players during the event).
After a 'rest day' which features the Problem Solving & Blitz competitions (I'll be an arbiter for the blitz), the final week of the juniors sees the under 12 & under 14 events begin (with a few players doing double-duty after the under 10 & under 8 events!), as well as the under 18 & 16 girls.
Full results can be found on the Results Page. 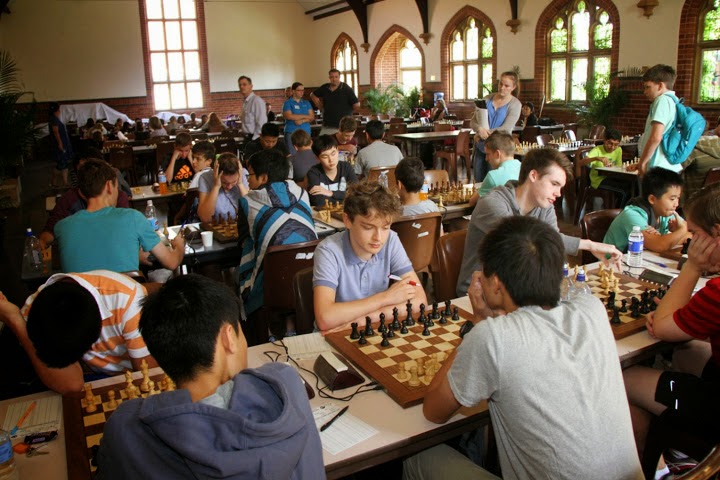 The 'other' room, where I was stationed for day 3﻿ 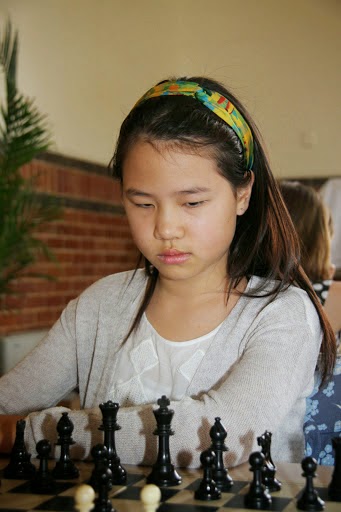 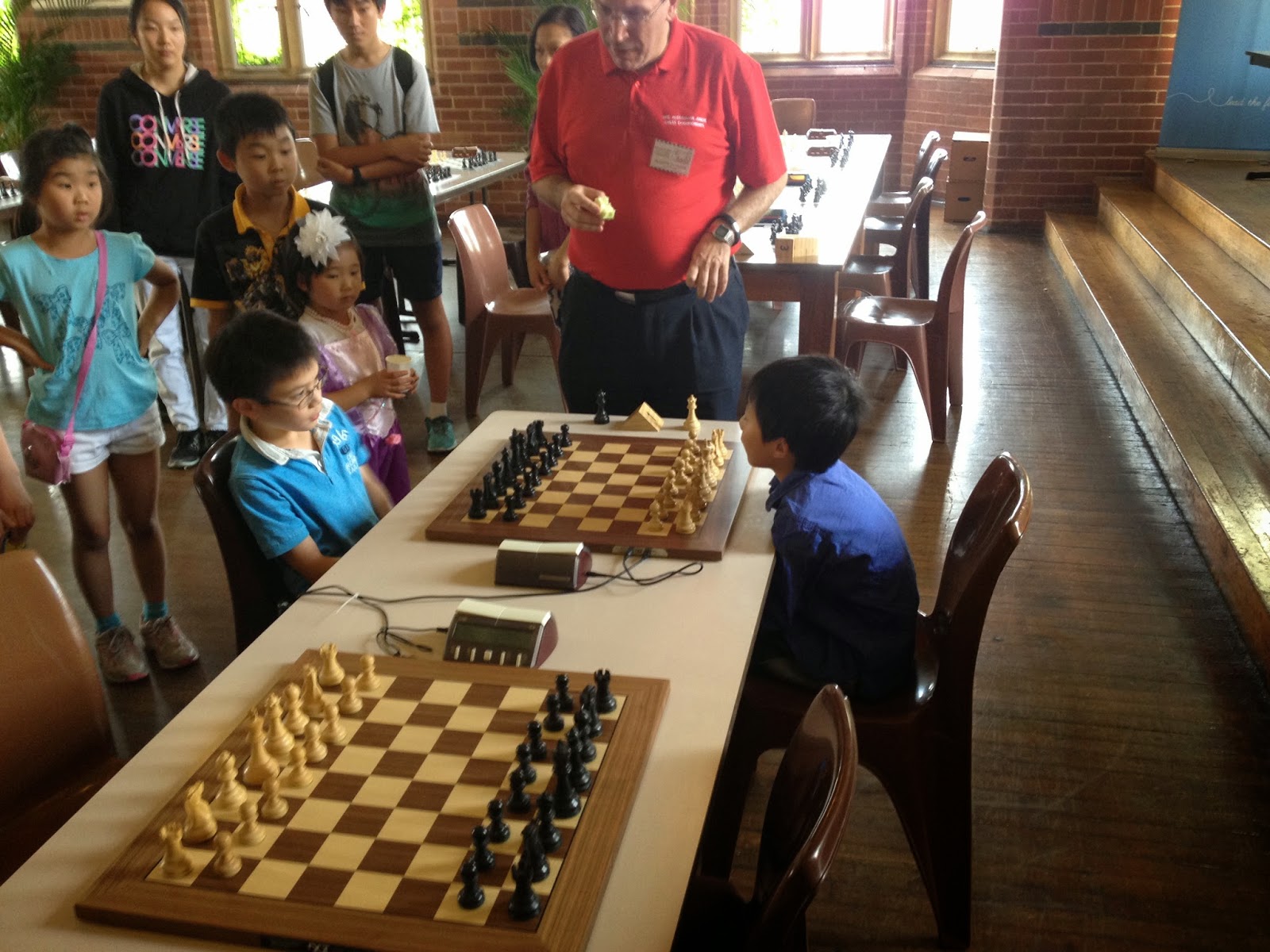 The start of the under 10 open playoff, with Christopher Lim playing Ruicheng Wang 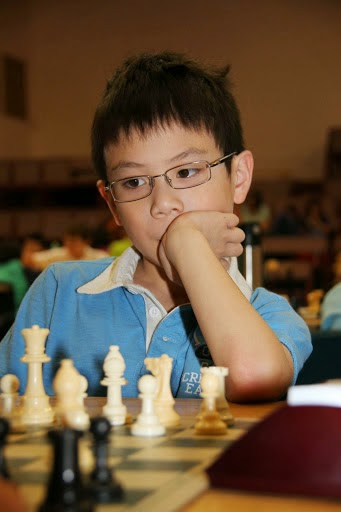 Under 10 open winner Christopher Lim (Vic)
Posted by MelbourneGamesCoach at 14:23