Day 6 of the Australian Juniors saw an unusual appearance between rounds, with a fire alarm going off shortly before the second round was due to start. In terms of the chess, with the remaining events now just past or almost at the halfway stage, the potential title winners are starting to appear near the top of the standings.
With this in mind, the under 18 title looks to be firmly in the grasp of Queenslander Yi Lui, who is on 5.5/6, a point clear of his nearest rivals, Pengyu Chen & Michael Kethro & has played all of the top contenders already.
The under 16s is a closer affair, with Western Australia's Patrick Gong leading, also on 5.5/6, however Tom Maguire is only half a point behind him (although Patrick beat Tom in their individual encounter). Patrick also has a number of strong contenders he has yet to play, so the title is still very much up for grabs in my opinion.
The under 18 & 16 girls is looking like a very close competition, with over half the field within a point of the lead. The girls have also only played three of their eight games, so are still in the early stages of the tournament, however the upsets in round two (which saw seeds 1 & 2 defeated) have opened up the tournament for a number of players.
The under 14 event now has only two players, Ethan Lim & Haran Salasan, on a perfect score, however with 5 rounds to go, any one of the players currently in the top 20 could potentially win the title.
The under 12 event, where I have spent most of my time arbiting, has seen players taking a cautious approach, with no-one left on a perfect score after the top boards saw relatively quick draws in round 4. Although this has left many of the top seeds in contention, it has also left things wide open, with 25 players within a point of the lead.
The under 14 & 12 girls sees Cassandra Lim as the only player with a perfect score & the round five clash with her nearest rival, Jody Middleton, could be critical in deciding the eventual winner of the event.
In terms of the chess itself, particularly in the under 12 open event, it has been somewhat surprising to see the difficulty that some players have had in the endgame (of course my big disclaimer is that at a similar age, my endgames were atrocious!). Two positions that I noticed today go to show what I mean ... both games ended in draws, when one side has a clear win! 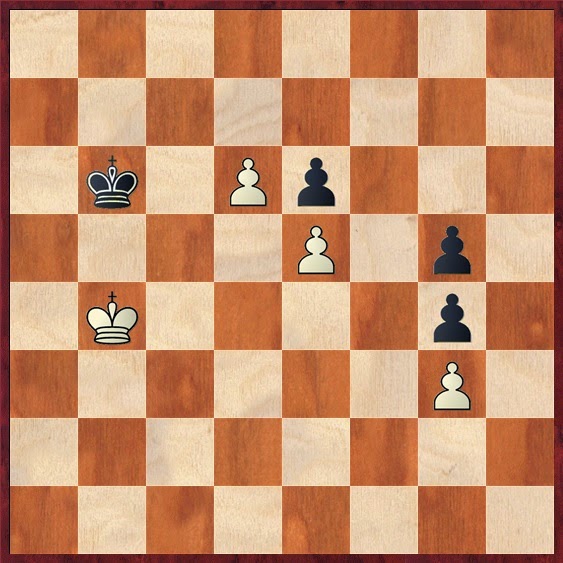 Position 1, from the game Dharmapuri-Thompson. Here it is white to play. Black had offered a draw previously when the kings were on c4 & c6, but white had correctly chosen to play on. The winning plan for white involves outflanking the black king & this is done in a number of ways, but the easiest is by playing 1. Ka4, when black's king must give ground, as maintaining the opposition by Ka6 allows the white d-pawn to promote.
A sample line might continue as follows:
1.Ka4 Kc6 2.Ka5 Kd7 3.Kb6 Kd8 (advancing the white king as far as it can go without needing some technique) 4.d7! (a critical move required to win the position) Kxd7 5.Kb7 Kd8 6.Kc6 Ke7 7.Kc7 Ke8 8.Kd6 Kf7 9.Kd7 (black can no longer defend the e6 pawn, so white will simply capture the e6 pawn & promote the white e-pawn).
The game also featured a winning line, however white still agreed to a draw! It went 1.d7 Kc7 Draw agreed! However here white is winning & gets to the same position above slightly quicker after 2.Kc5 Kxd7 3.Kb6 Kd8 4.Kc6 Ke7 5.Kc7 Ke8 6.Kd6 Kf7 7.Kd7 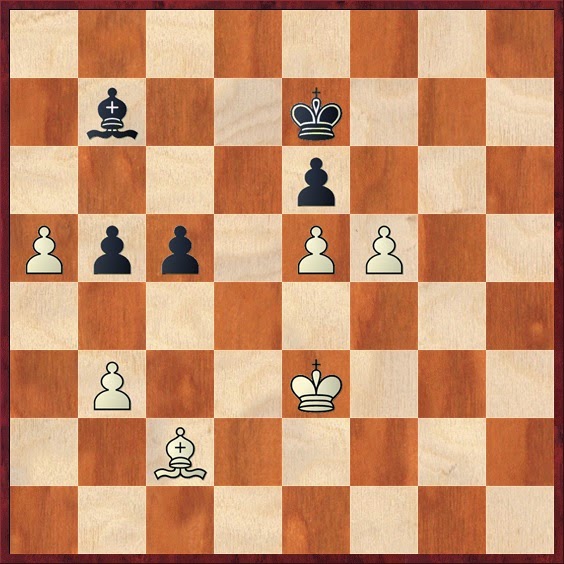 Position 2, from the game Chen-Zou. Again it is white to play. Here white already has a passed a-pawn (which is defended by the bishop), but he needs more than this to win, In the game, white exchanged on e6 & agreed to a draw once the black king returned to e7 as it is very difficult for white to make progress in that position & white was also concerned about black potentially creating a passed pawn.
The winning method is simply to create a second passed pawn to tie black's pieces down to defensive roles & to then invade with the white king & bishop.
A sample line might continue as follows:
1.f6+ (creating a protected passed pawn & tying the king to the defence of it) Kf7 2.b4 (creating a path for the king to invade) c4 (this or cxb4 amount to the same thing - the d4 square is now available for the white king) 3.Kd4 Ke8 4.Kc5 Ba6 5.Kb6 (and black can no longer maintain the bishop's control of the a5 pawn. Black will then have to give up their bishop for the pawn & the white king will return to win the e6 pawn using an outflanking manoeuvre as in the first position) 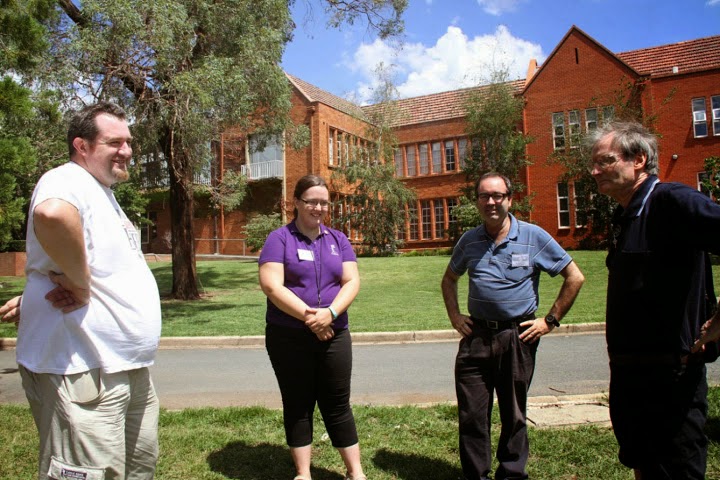 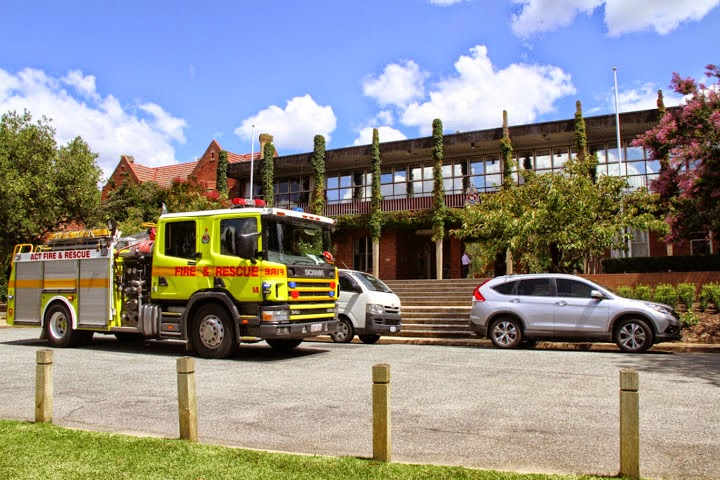 The surprise visitor for the day - the ACT Fire Brigade, who needed to ensure the buildings were safe before players, officials & spectators could return to the hall 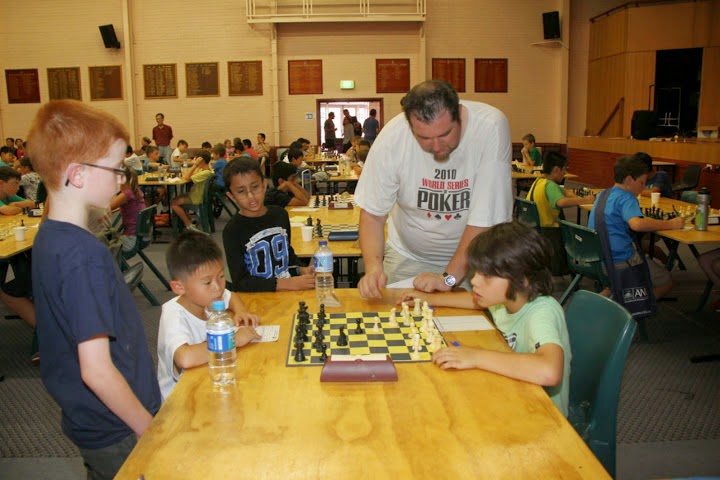 During a more normal moment at the tournament as an arbiter - in this case the kids were confused about their notation because the board only had hand-written letters & numbers around the outside, but these were in fact correct. Decision ... PLAY ON!
Posted by MelbourneGamesCoach at 12:47