Yesterday I played a topsy-turvy game against Clive Ng, which eventually finished in a draw. I felt like I got a reasonable position out of the opening, however I found it difficult to come up with a useful middlegame plan & found myself drifting a bit, while Clive improved his position. Clive managed to win a pawn & I found myself in a tough position, with an awkwardly placed bishop & Clive applying pressure with his queen, rook & central pawns. The critical move that Clive needed to play was f6, and if he had played 37. Qh4 or Qg5 to prepare 38. f6, I would have been in serious trouble! Clive allowed me to get out of trouble, however the resulting rook & opposite coloured bishop endgame was still potentially complicated. I thought that my attempt to exchange rooks off may have brought about disaster, however my engine seems to think I have enough play with my c-pawn to hold the position, although I was far from convinced at the time. Once Clive declined to swap rooks, I made sure to keep my pieces active, which is critical in such endgames. Clive finally offered me a draw when I was likely to regain one of my pawns, although the position still had plenty of life in it, however although I may have had some advantage in the centre, Clive's passed pawns were still concerning, so I agreed to a draw.

Today I play Canberra junior Michael Kethro, which is another tough game, but another that is winnable if I play well.

To finish, some more photos from the tournament 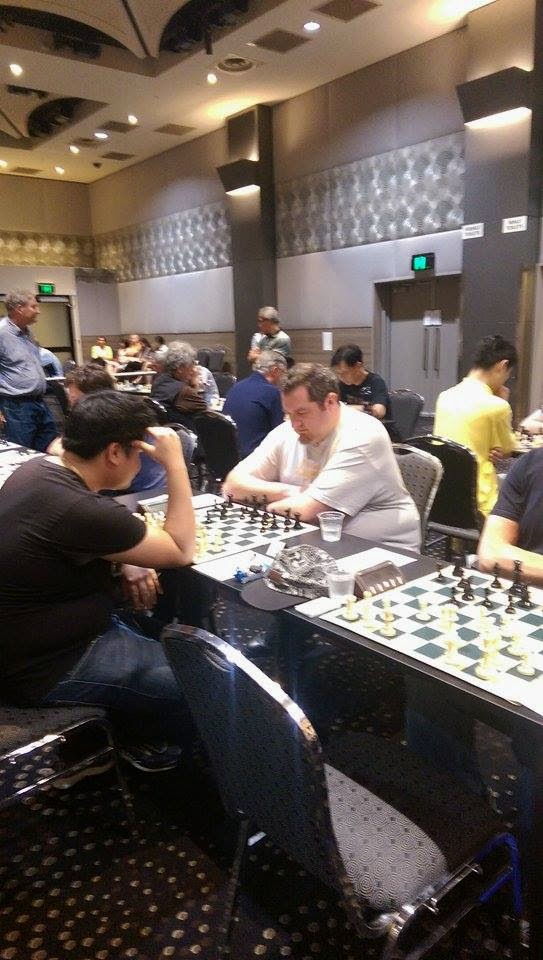 Playing Clive Ng in round 9 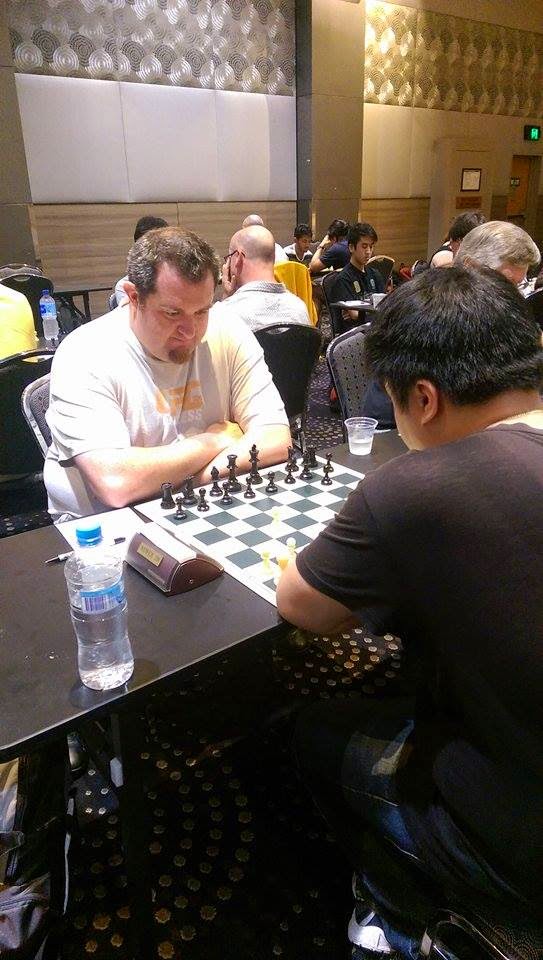 Round 9 against Clive Ng 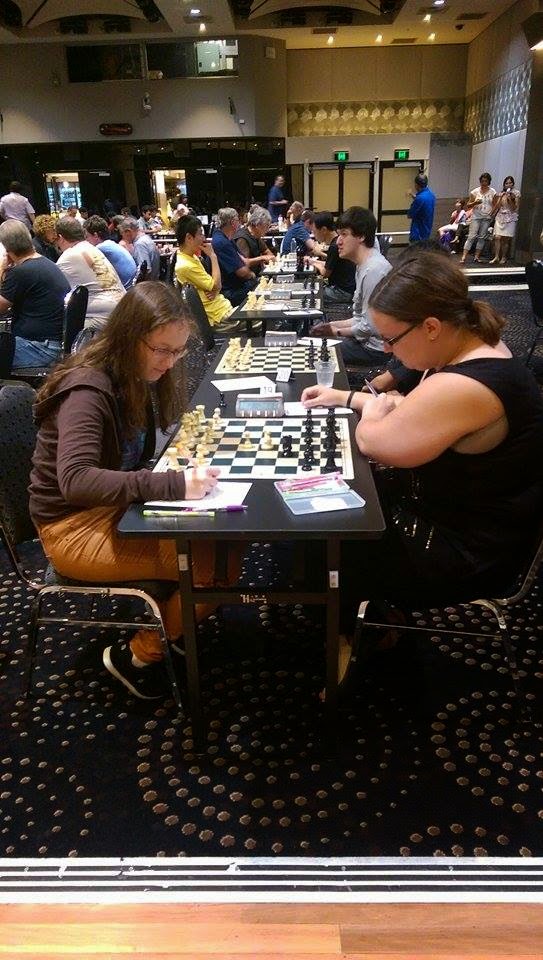 The battle between good friends (and sometime coach-student) Heather Richards & Alana Chibnall ended with a fairly quick draw.
Posted by MelbourneGamesCoach at 16:19