Today I was white against Matthew Yan & he chose to play an unusual line against my Blackmar-Diemer Gambit. Surprisingly there are no games in MegaBase 2014 after 3... e5, yet this is the second time in just over a year that I have faced the same move, with Steve Hogan playing against me a little over a year ago! Thankfully for me the result was the same, with a win in 25 moves (the game against Steve in 2013 took 24 moves). The big decision came after Kd2, when Matthew chose not to repeat moves with Qf4+ & instead played dxe4. This allowed me to consolidate the extra piece & after finding a tactic that won another piece, Matthew resigned. 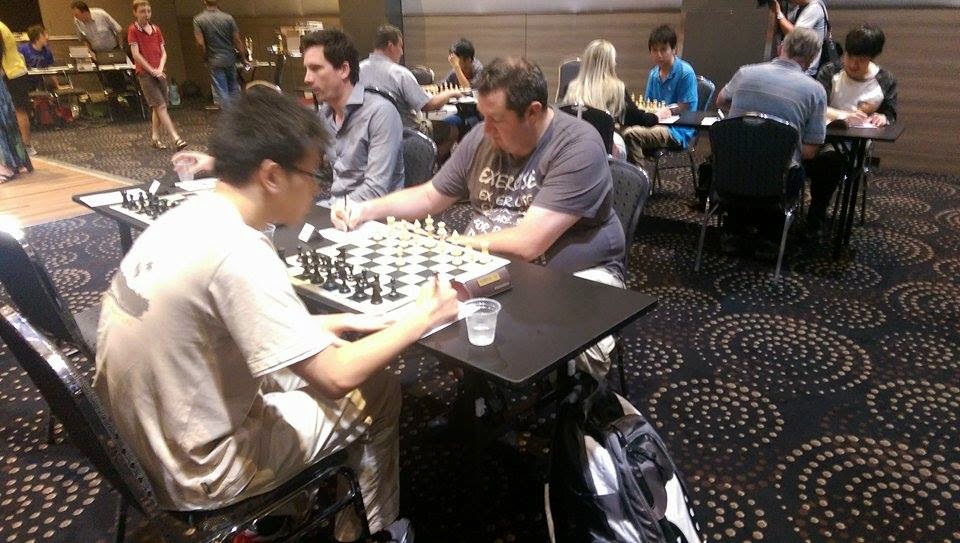 In action against Matthew Yan

Tomorrow I play black against Clive Ng, which should be a tough, but winnable game.
Posted by MelbourneGamesCoach at 02:36