Day two of the Australian Junior was another busy day, with another three rounds in the under 10 & under 8 divisions. It also saw a double round in the under 18 & under 16 Open events, so fairly busy all round.
My day was once again filled with running around the hall with the under 10 & under 8 open divisions, answering player questions, correcting issues, ensuring players had completed & signed scoresheets at the completion of their games and a variety of other things ... I'm hoping to swap rooms for day 3, to see if it will be any easier on the other side!
As the younger age groups have now finished 6 of their 9 rounds, the tournament & potential place getters are starting to emerge, however it is still very difficult to predict a winner, as players that young are often very inconsistent in their play, so the expected is often the unexpected.
Results for all divisions can be seen on the results page, however all divisions currently have an outright leader! 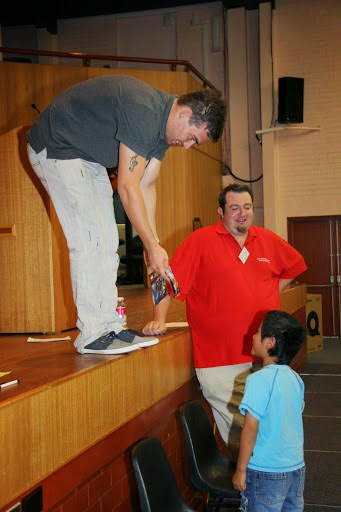 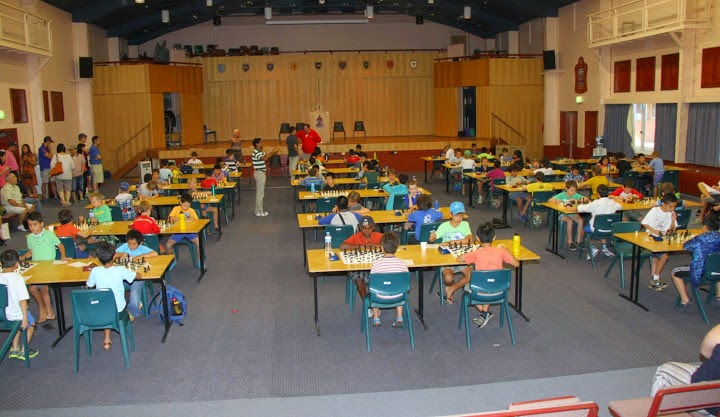 The playing hall with the under 8 & under 10 players at the start of a round.
Photos thanks to Cathy Rogers. There are more on the official website.
Fellow arbiter Shaun Press is also blogging about the tournament on his page Chess Express if you are after some alternative coverage of the event.
Posted by MelbourneGamesCoach at 14:18