Jason Wang won the under 12 title in a playoff against Matthew Clarke (NSW) 3-2 after they split two 15-minute games & then two 5-minute games before Wang won as black in a 5 v 4 Armageddon match.

Two things that came from the tournament - it seems as though the playoff system, at least for the main titles, is not so popular, with the idea of shared titles being preferred. I think this is in part due to the results of the New Zealand Open Championships, which saw no less than 10 players tying for first (amongst those eligible for the title - the title winners in fact finished -10th in the event) & sharing the title, as well as the pressure on those in the playoff & the disappointment of those who lose (an example of this happened with Matthew Clarke commenting mid-way through the playoff that he was struggling to cope with the pressure). The playoffs for the blitz titles on the other hand seemed to be very exciting & had big crowds watching, though the issue there is whether the playoffs should be played immediately after the event, or as they were in the event, at the conclusion of the tournament itself.
The second point has to do with draw offers & etiquette. Firstly on draws - the correct procedure for offering a draw is to make a move, offer the draw & then press the clock. A typical draw offer might be something like 'Would you like a draw?', 'I offer you a draw?', 'Draw?' or similar. There were multiple times when I saw players offer a draw (whether correctly or incorrectly) & extend their hand across the middle of the board, with the 'expectation' that their opponent would shake their hand. Not only is this distracting & not allowed, but it is bad etiquette, as you should allow your opponent to consider the draw offer without the 'pressure' of a hand in their face. Another related etiquette issue has to do with the offering of draws in terms of timing in a position. Not quite as big of a problem as the 'hand-in-face' draw offer, but I did see a few players offer draws multiple times in an endgame. When I was learning to play chess, I was taught that once you offered a draw once (and it was declined), it was impolite to offer another one until something had changed substantially about the position (for example, in an endgame with rook & 4 pawns each, I would not offer another draw until the material had changed - to for example rook & 2 pawns each - or something had happened to make the position 'more drawn' than when the draw was first offered (eg: pawns could no longer move).

Overall I think the current format of the juniors has plenty to offer for the younger age groups, with the under 10s, 12s & 14s attracting good numbers. The older age groups, however seemed to still be lacking in attracting the very cream of the crop of current juniors. The girls events are also somewhat concerning, however it seems that the numbers for 2015 were good according to those who have been involved in junior chess for some time, although I still think they could be improved on. 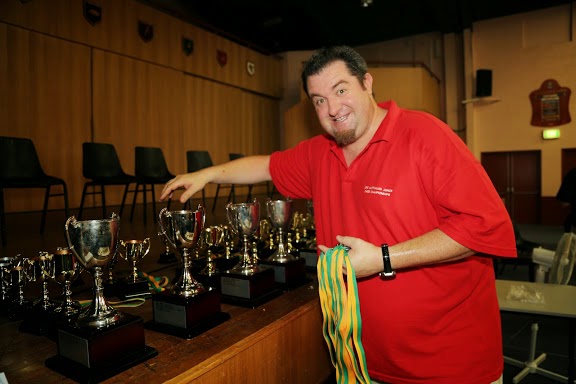 Sorting out the trophies & medals before the presentations ... 'give us a smile Kerry' 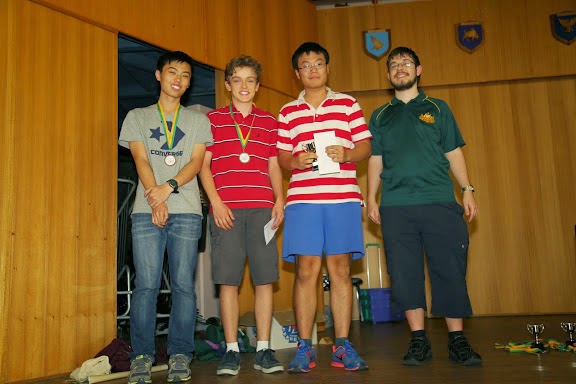 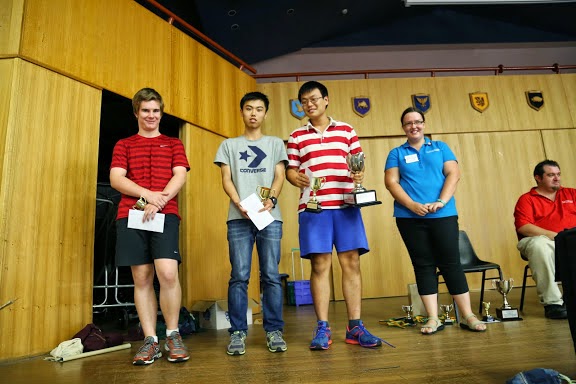 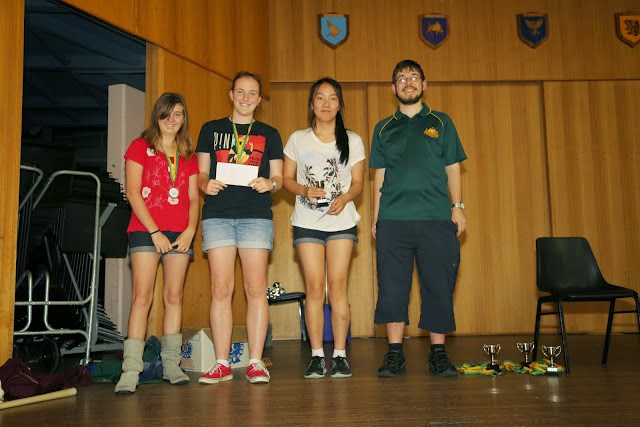 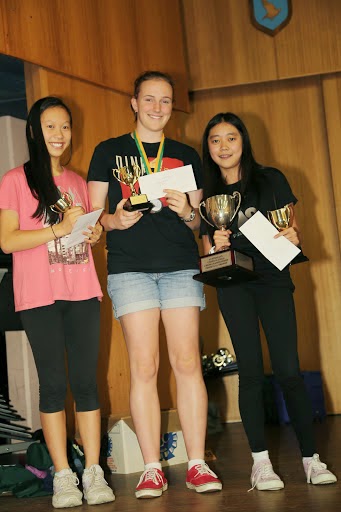 It looks likely that the 2016 Juniors will be in Adelaide. The SACA team are keen & have plenty of experienced organisers there to make it another memorable Australian Juniors.
Posted by MelbourneGamesCoach at 22:16