Today saw the start of the 2015 Australian Open Chess Championships, which I am playing in. I am the 42nd seed out of just over 100 players (I think the actual number of players is 105, though that will hopefully be confirmed by tomorrow).
Today I played a fellow Victorian in round 1 - Damien Van Den Hoff - and I played a horrible opening (better not repeat it later in the tournament), though luckily for me, Damien missed 7. Bxf7+, which would have had me in serious trouble! In fact I was worse for much of the game & it was only after 31. Qd4 that my engine started to like my position. Again luckily for me, Damien did not play the best defence & soon found himself in a tough position - a pawn down, with the choice of trading into a pawn ending 2 pawns down, or staying in a very bad rook ending & ending up 2, if not 3 pawns down. Damien chose option 3 & decided to resign the game.
In round 2 (tomorrow is a double-round day), I play Welsh IM Richard Jones, so should find myself in for a tough game, as well as having far fewer opportunities if I manage to stuff things up as I did today.

As for the tournament itself, it got underway around half an hour late, with things seemingly a little disorganised before the round started.
The opening ceremony was brief, but covered the necessary formalities, including the sad (now tradition it seems) mentioning of those in the chess community who died in the previous year, with the passing of Alex Saint & Evelyn Koshnitsky being the two most significant in 2014.
Once the games were underway, things settled down. My girlfriend Greer was with me on the day & took a number of photos, which I have included below.
There was also a reporter for SBS & there was a short 2 minute item on the daily news that was shown covering the tournament. http://www.sbs.com.au/ondemand/video/379122243540/worlds-greatest-chess-players-in-sydney-for-australian-chess-open 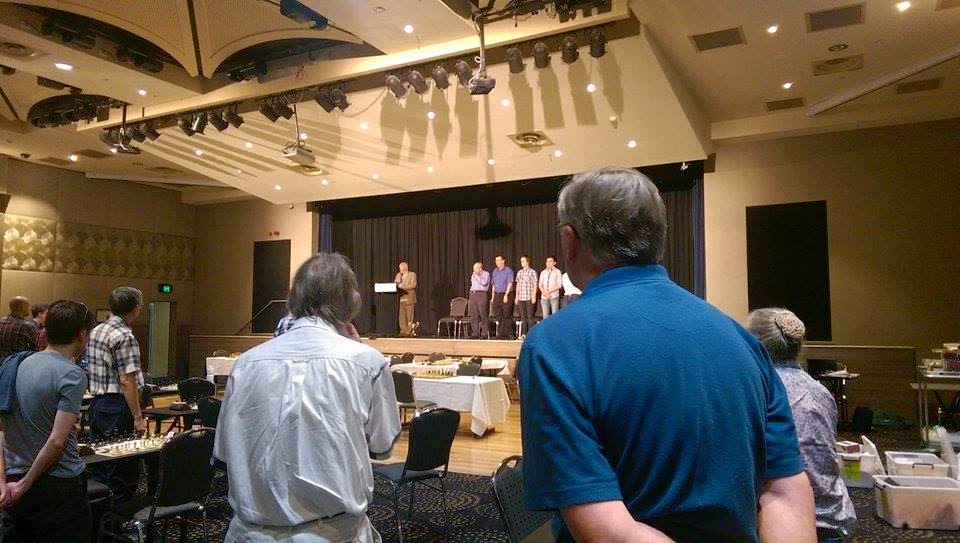 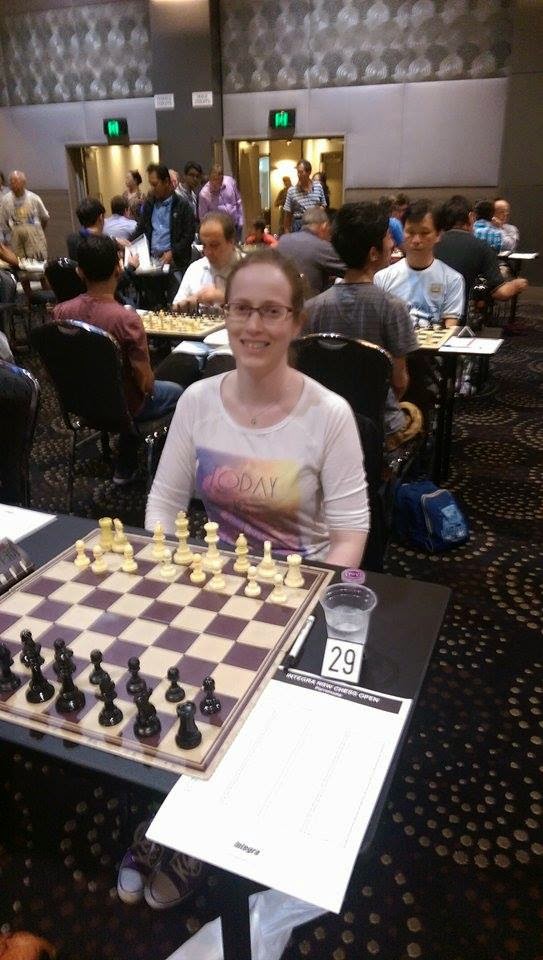 WIM Heather Richards, playing one of her first tournaments since officially becoming Australian! 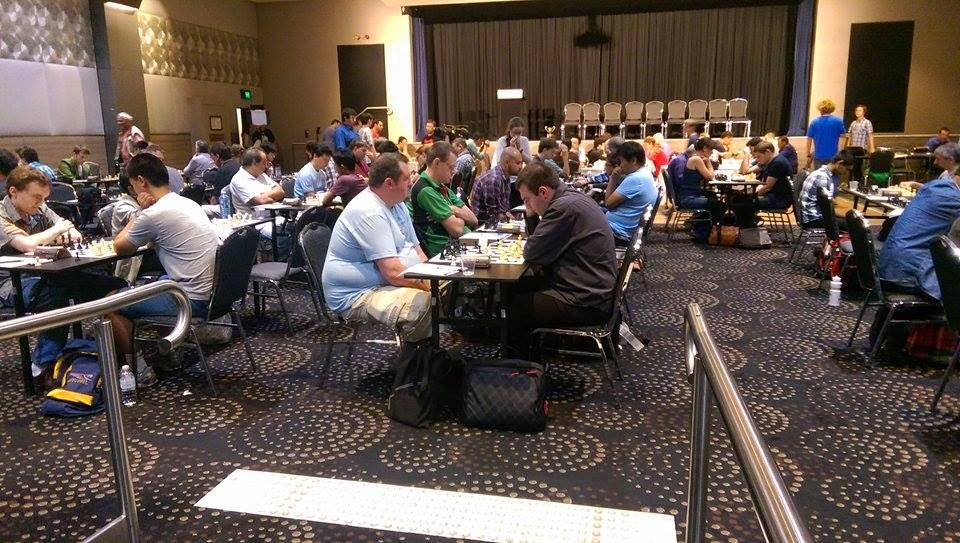 The playing hall before round 1, with myself & Damien Van Den Hoff in the foreground 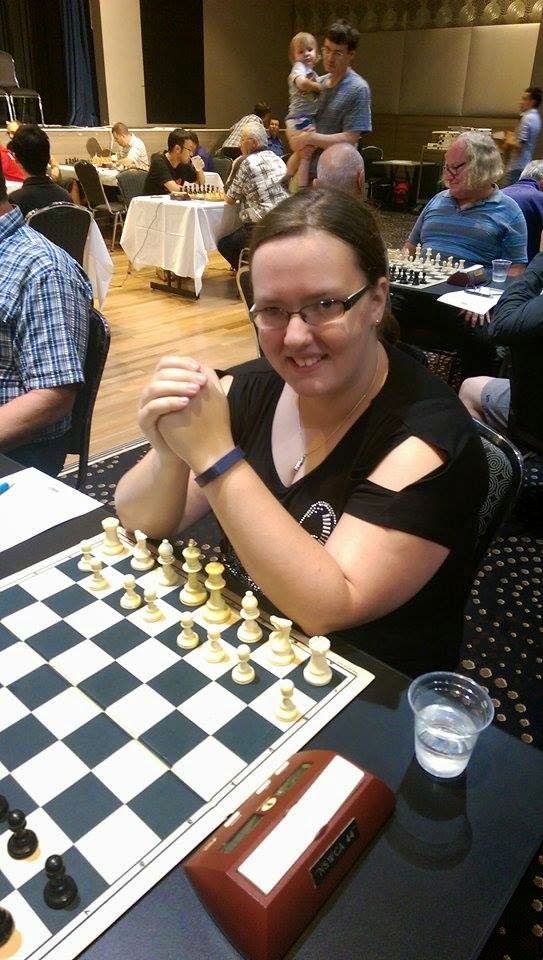 Alana Chibnall before her first round game - looking to get in some chess before she takes on the task of organising the Australian Juniors in Canberra. Before my round 1 clash with Damien Van Den Hoff 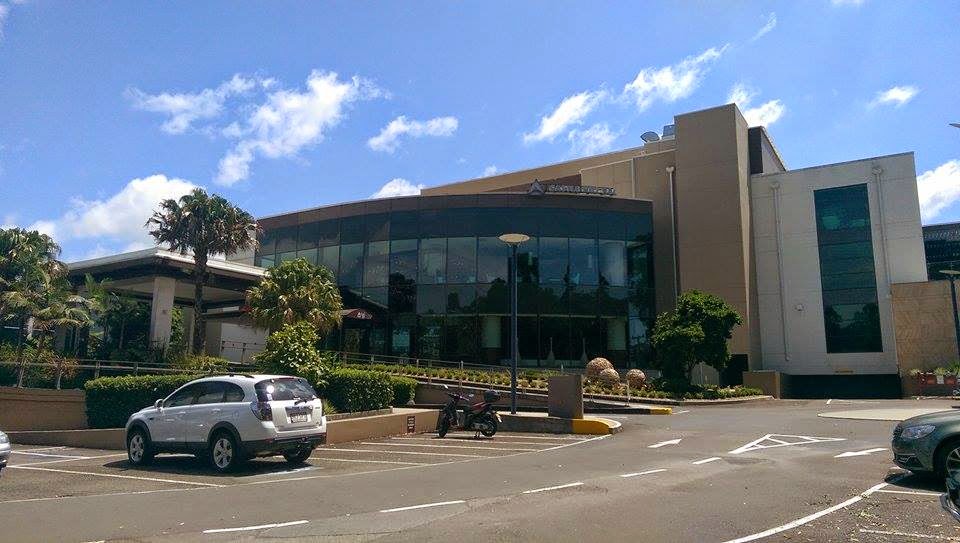 The front of Castle Hill RSL 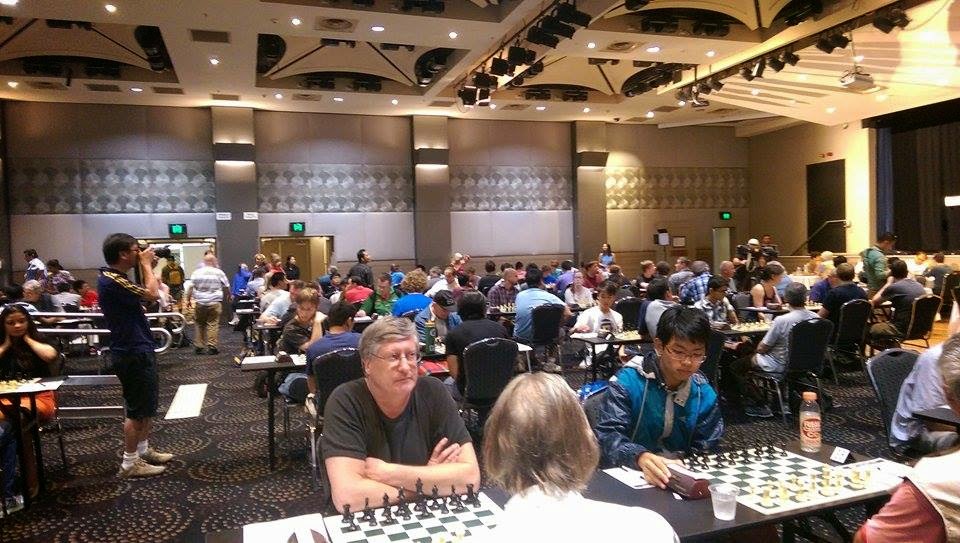 Another view of the playing hall 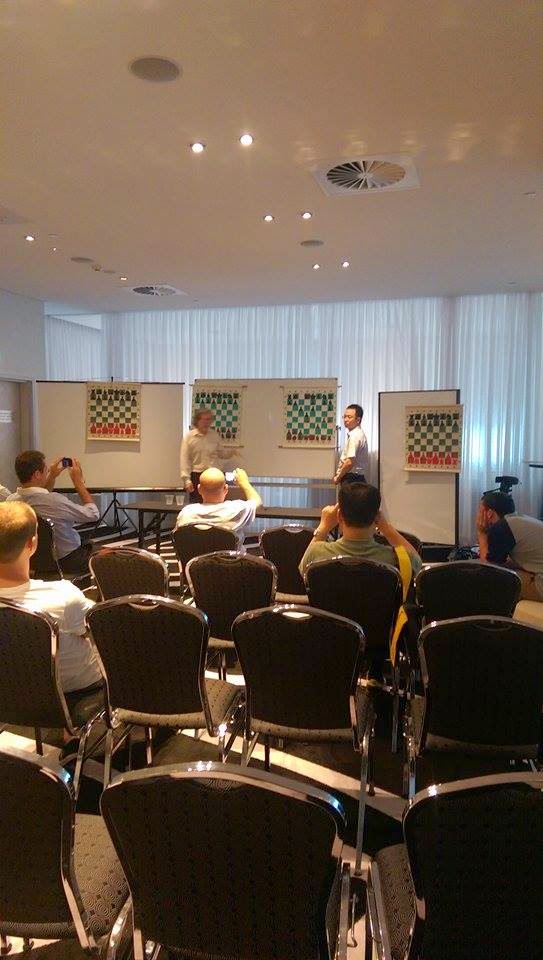 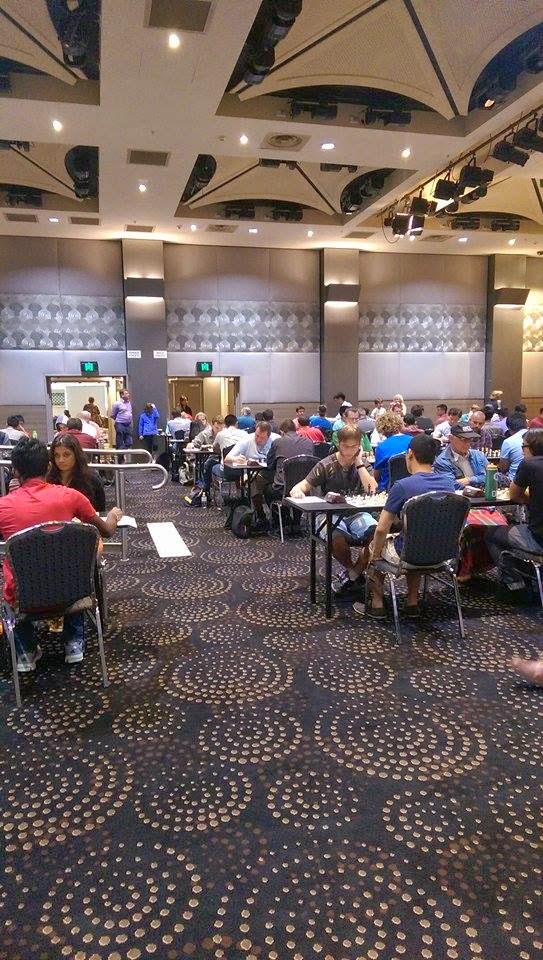 Another view of the playing hall

I also have a few short videos of GM Ian Rogers' commentary (again taken by my girlfriend Greer) which I hope to add later.
Posted by MelbourneGamesCoach at 04:55