Yesterday was the 'rest day' of the tournament, though in some senses, one of my busiest, with the ACF National Conference in the morning, followed by the Australian Open Blitz (this year I decided not to play, but managed to get a few videos of the action, which I hope to upload to YouTube over the coming days & weeks - https://www.youtube.com/channel/UC0zfek_UNX6M6G0DHOo3ttw/feed), followed by an ACF Council meeting to conclude ... a busy day with mostly laborious meetings & note taking ...
Today saw the 'home run' of the tournament begin, with all rounds from now until the end of the tournament being single-round days. I was black against South Australian Kim Anderson today & played a horrible game, losing without much of a fight at all. Prior to the game, I discovered that Kim played 1.e4 & 2. Nc3 against pretty much anything & I really didn't have any sort of plan in mind about how to deal with this. The problem is that I really didn't play the game with a consistent plan & seemed to come up with short term moves which didn't work together well. Of course after 5... Qh4+ (a rather committal move), I decided that I should try to keep the pawn & play it like some sort of King's Gambit variation. Once I realised I was in trouble after 11. Kg1 I decided to turn the game into a 'romantic' game & sacrificed my queen. Of course I had overlooked the counter-sacrifice 14. Bxf7+ when white's initiative & black's unsafe king are enough to the game.

Tomorrow I'm white against Matthew Yan, who I really know very little about, other than that he is from NSW. Hopefully I can return to 50% & try to finish the tournament on a positive note.

To finish off, photos from the tournament taken by my girlfriend Greer: 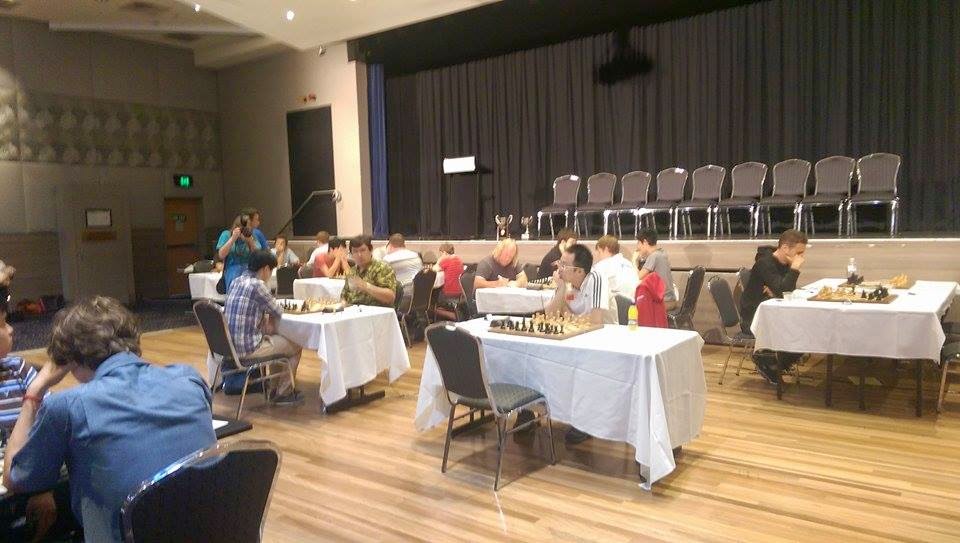 Top boards in the playing hall 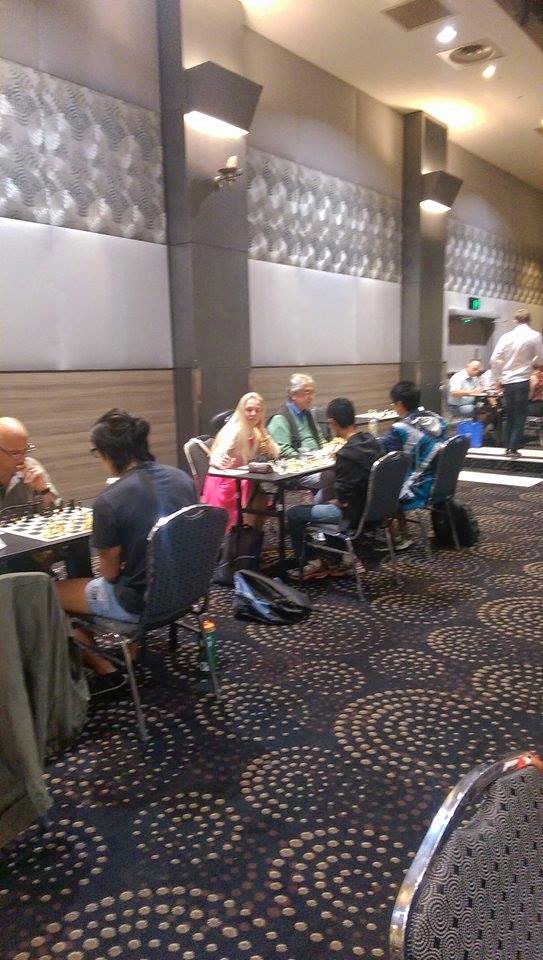 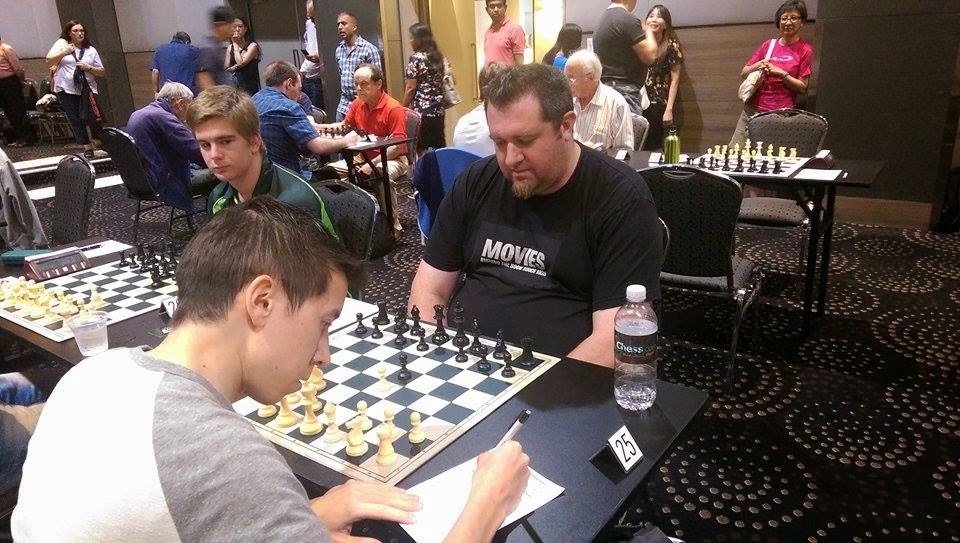 Contemplating my second move against Kim Anderson ... I eventually decided on 2... c6 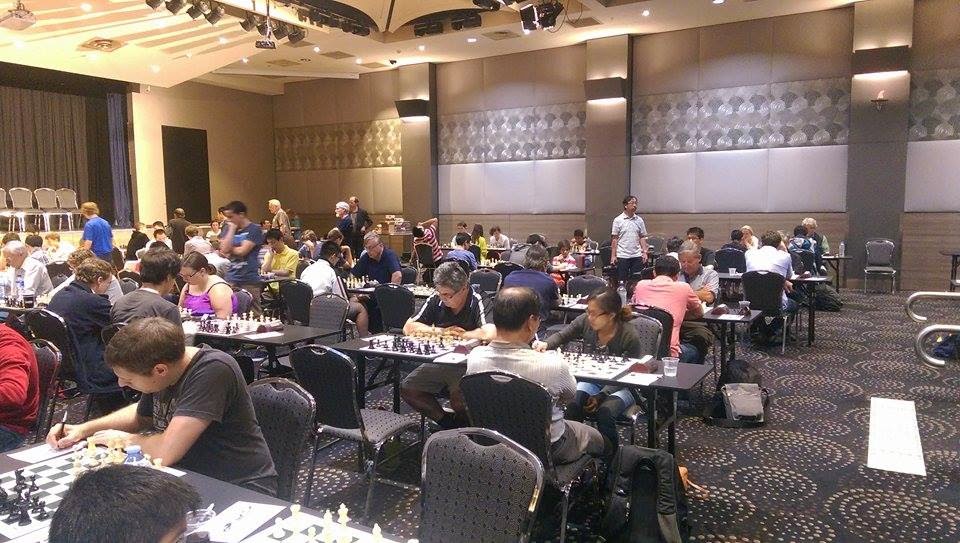 Another view of the playing hall
Posted by MelbourneGamesCoach at 04:20