The morning bus trip from the arbiter accommodation at Malangen Brygger to the chess arena at Tromso was slightly more eventful than usual this morning ... there was some tree cutting on the roadside ... but why would this be a problem? 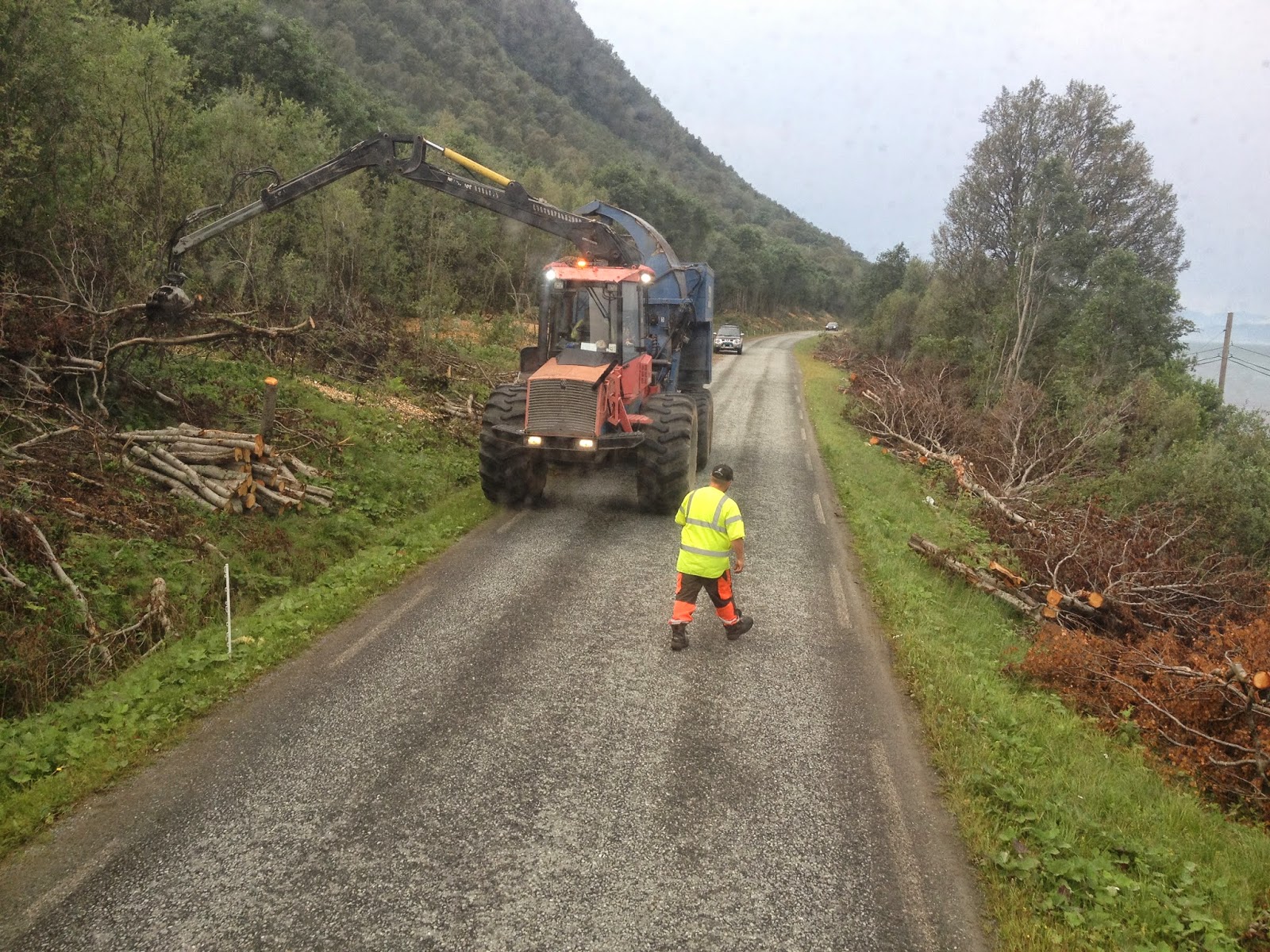 Notice that there does not seem to be quite enough room on the side of the machinery for a bus ... 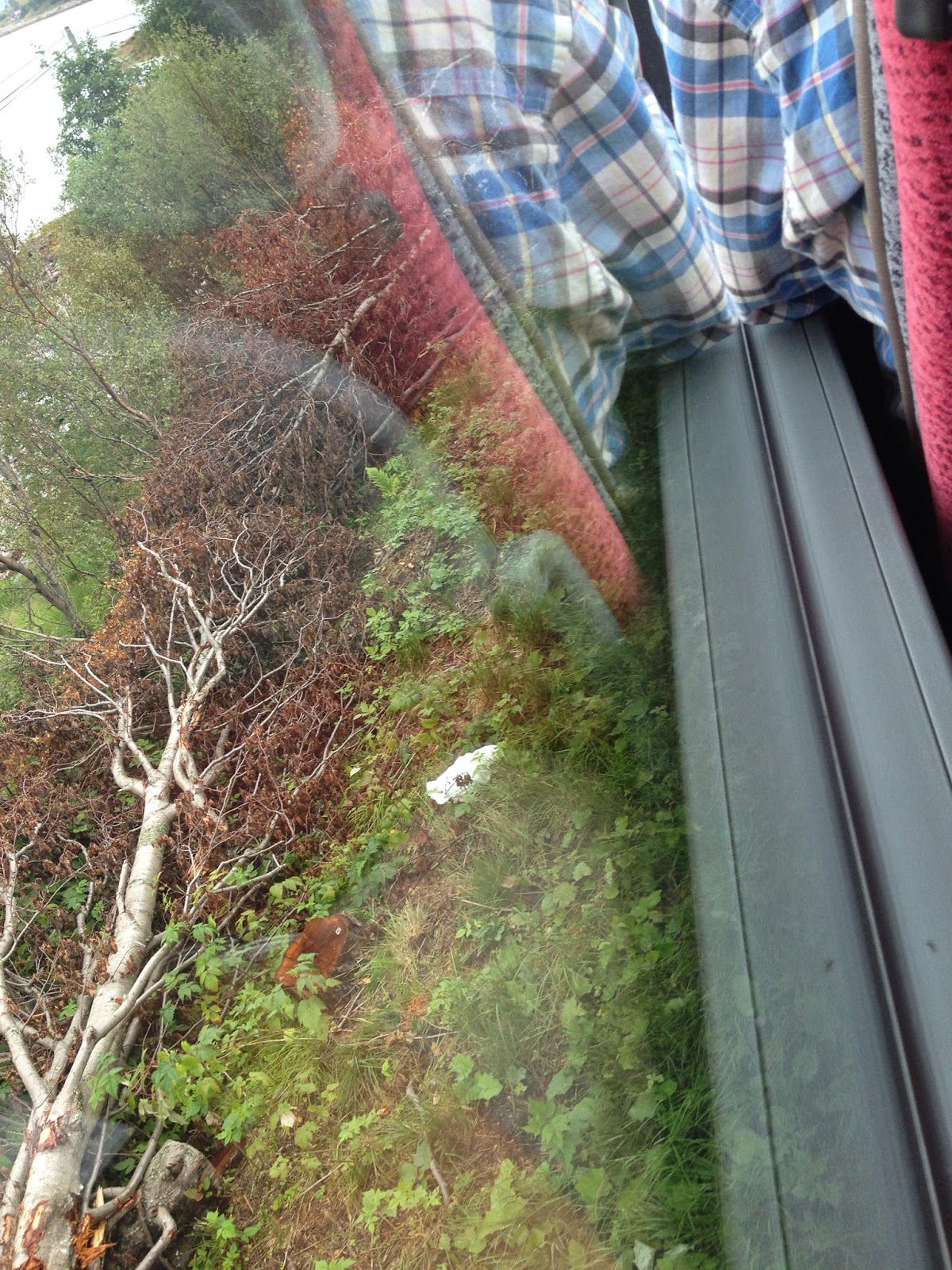 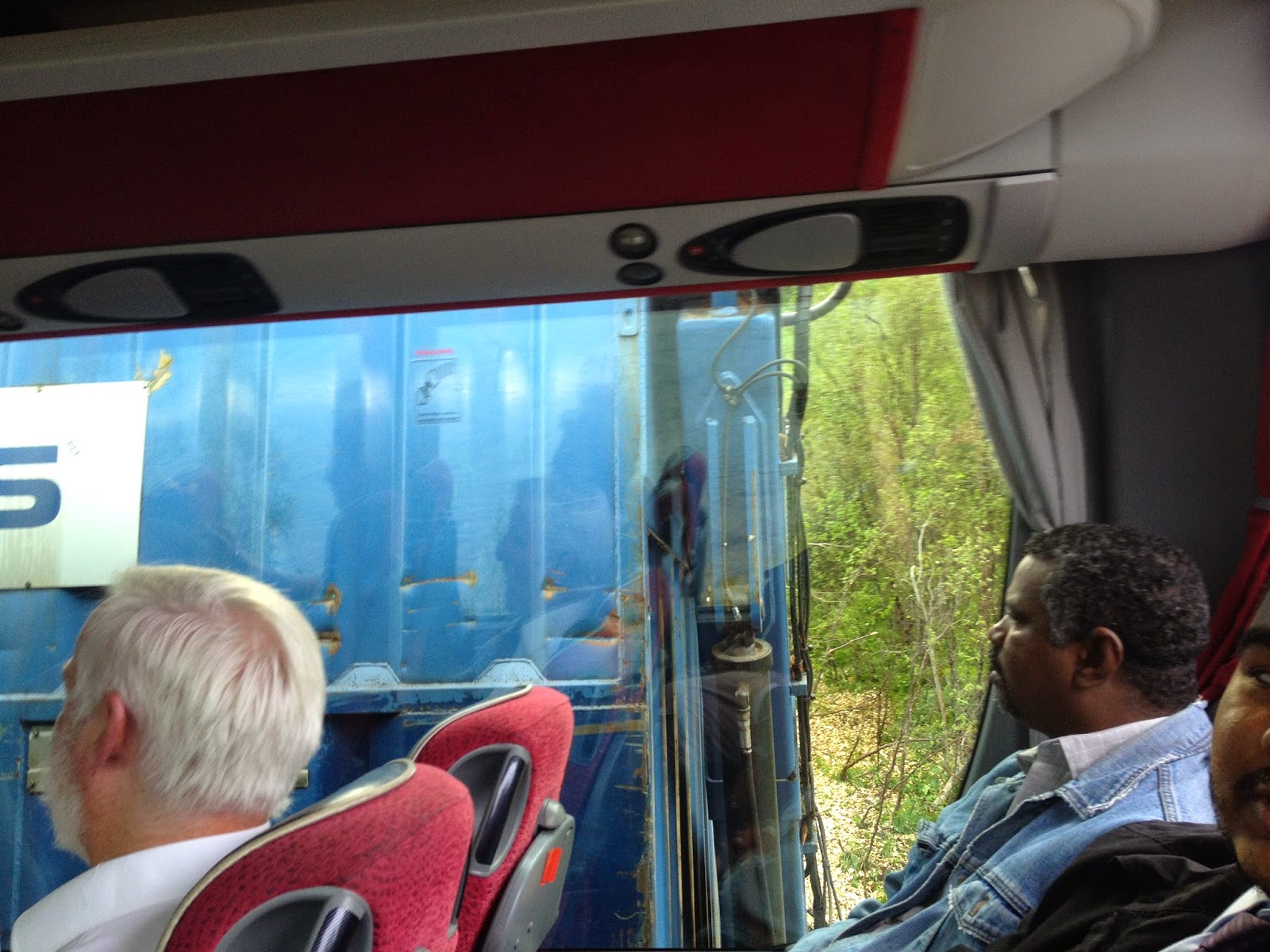 And on the other side, the truck was very close ...

Having survived the trip to the venue, I discovered that I was back to board 18 for the clash between Ecuador & Denmark. 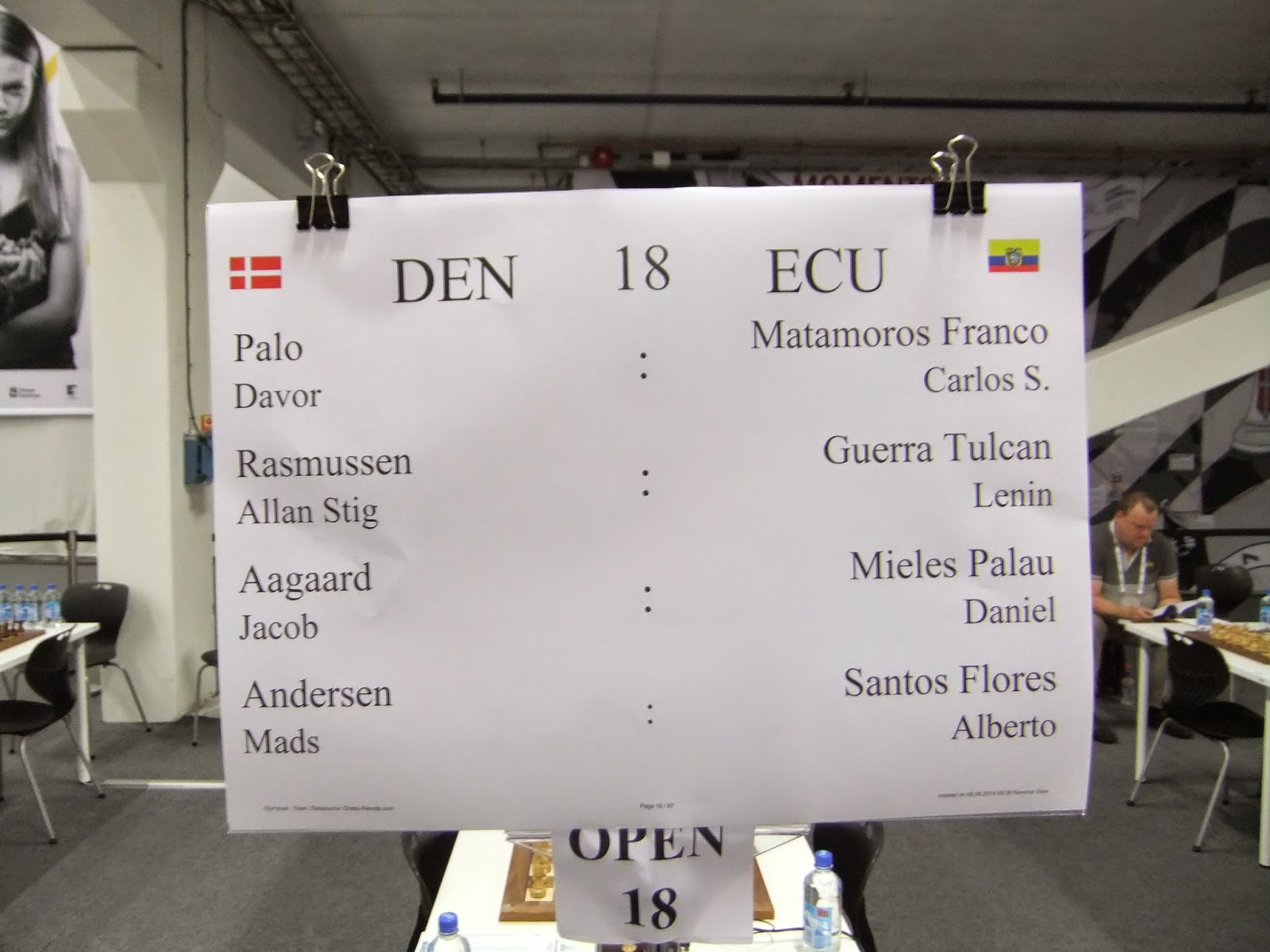 The games for today 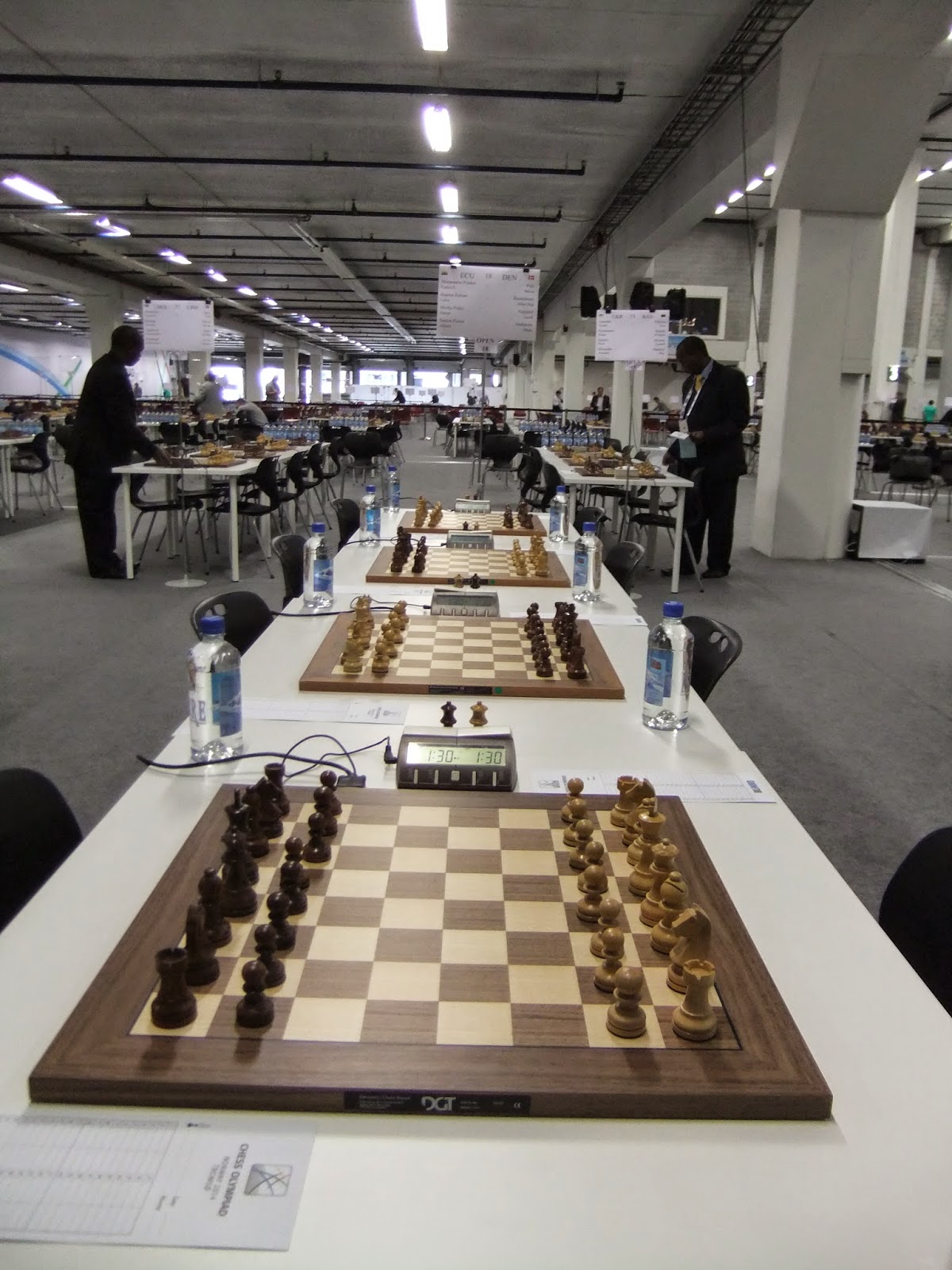 All ready for the games to begin 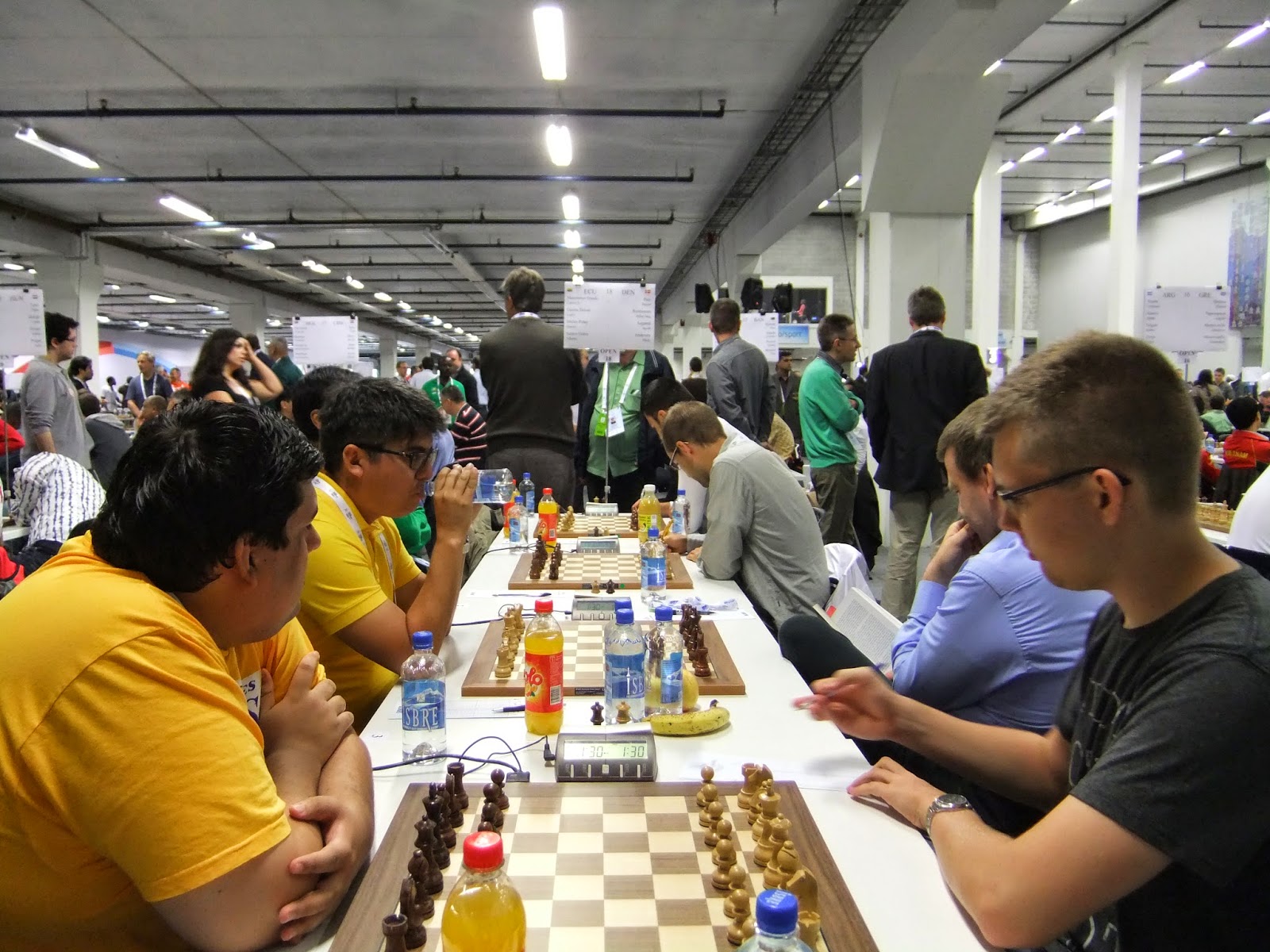 The players are ready to start their games

There were also a few extra things to take home at the end of the day. 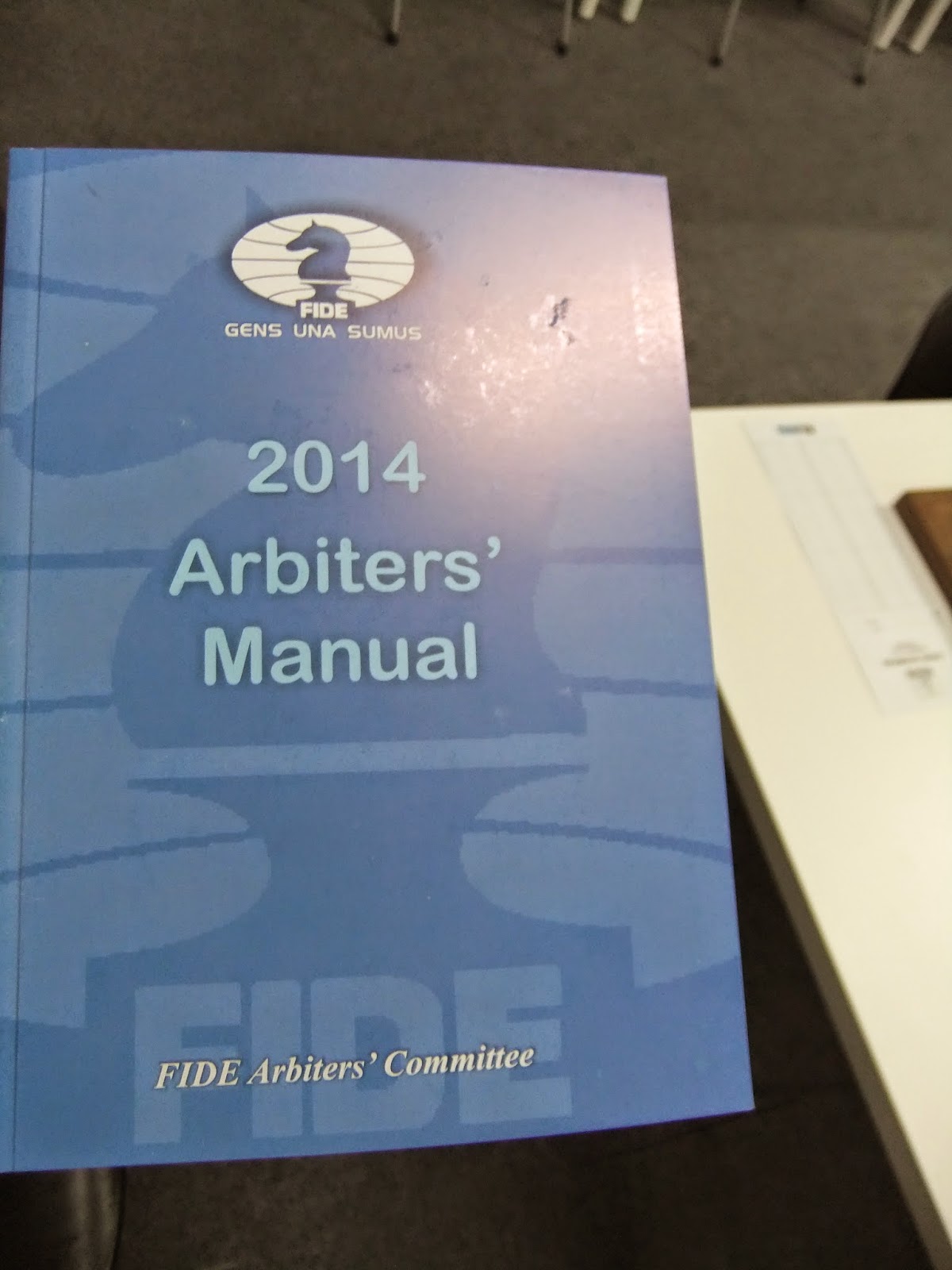 All arbiters received a copy of the 2014 Arbiters' Manual 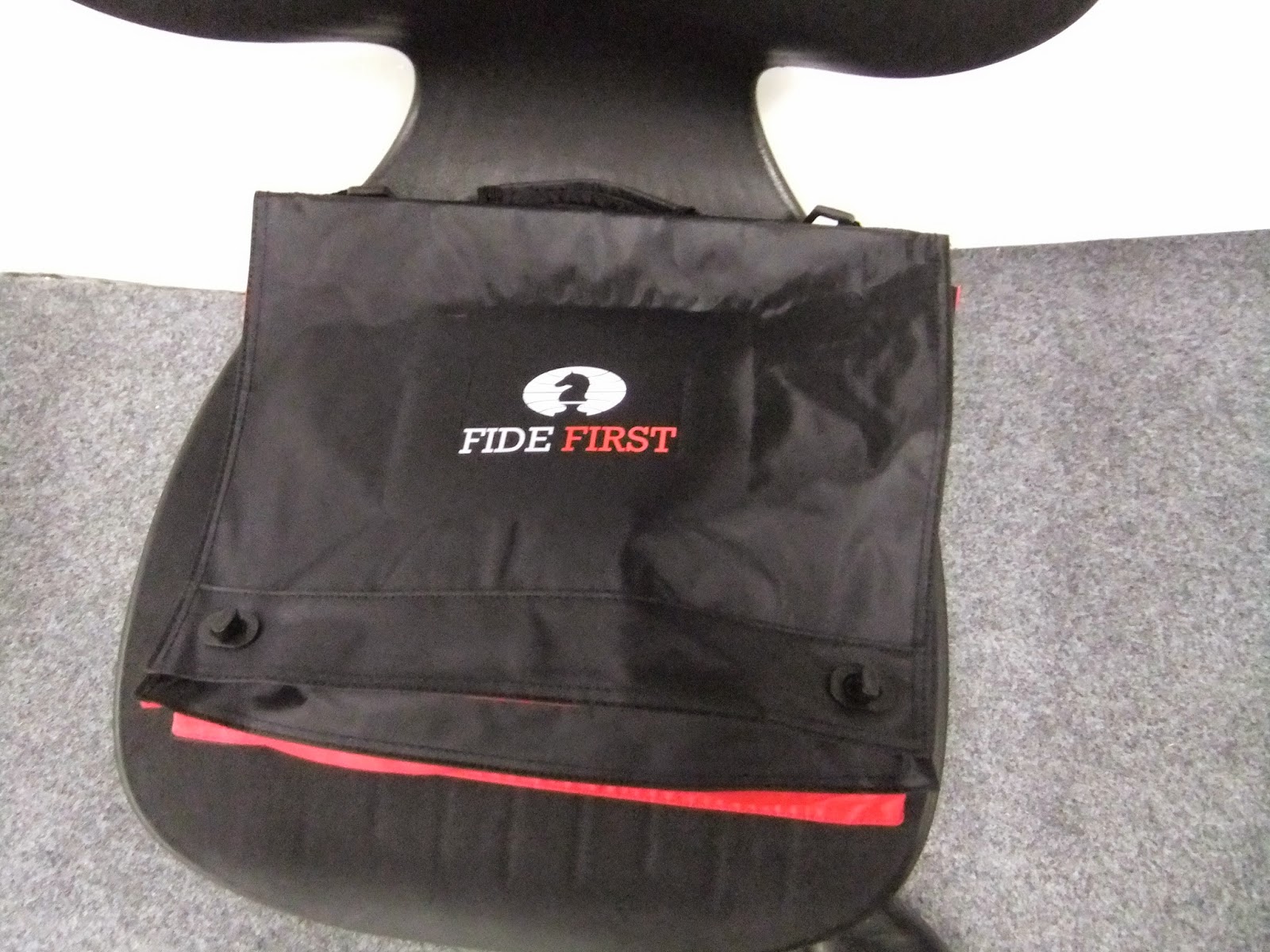 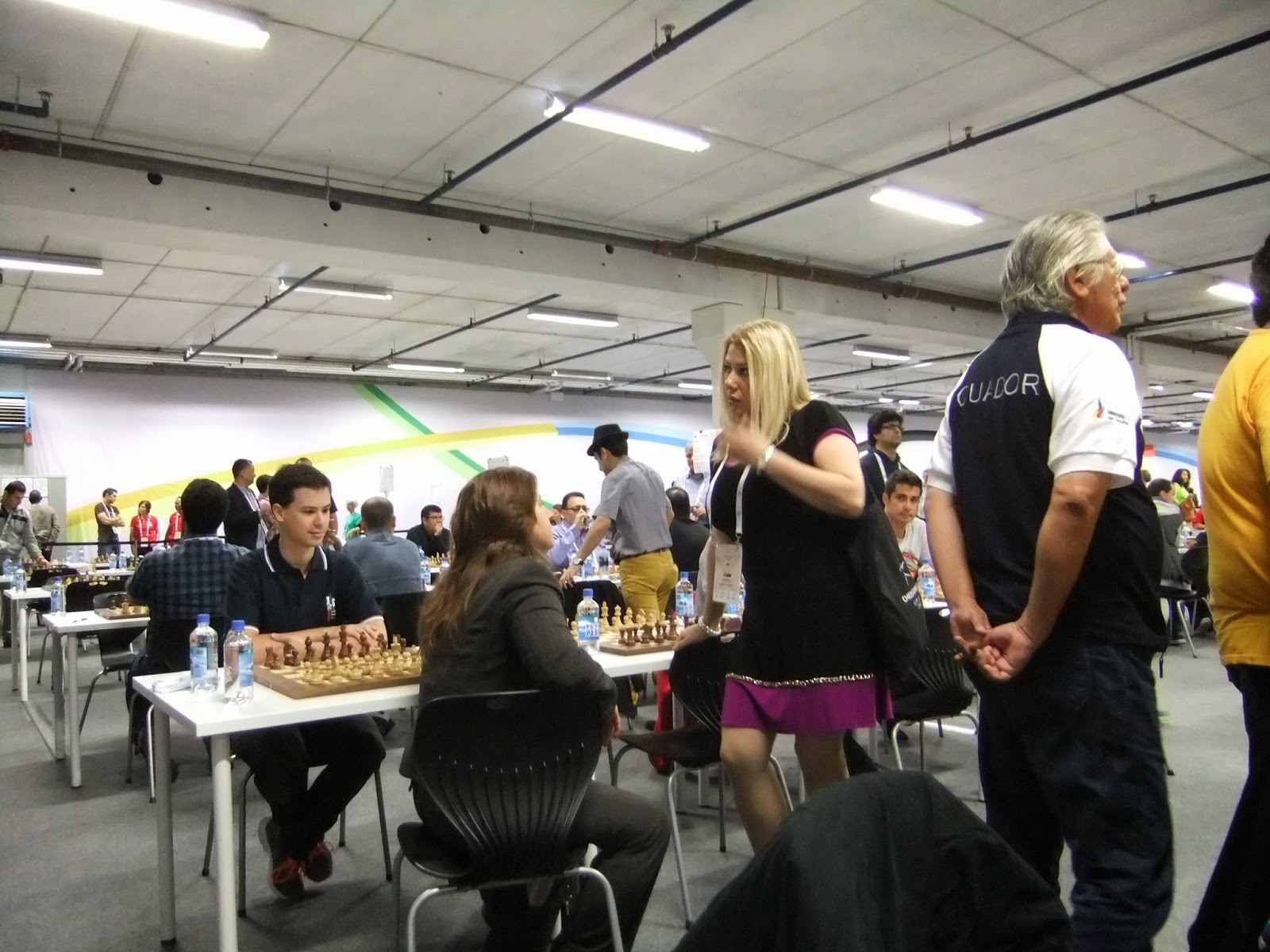 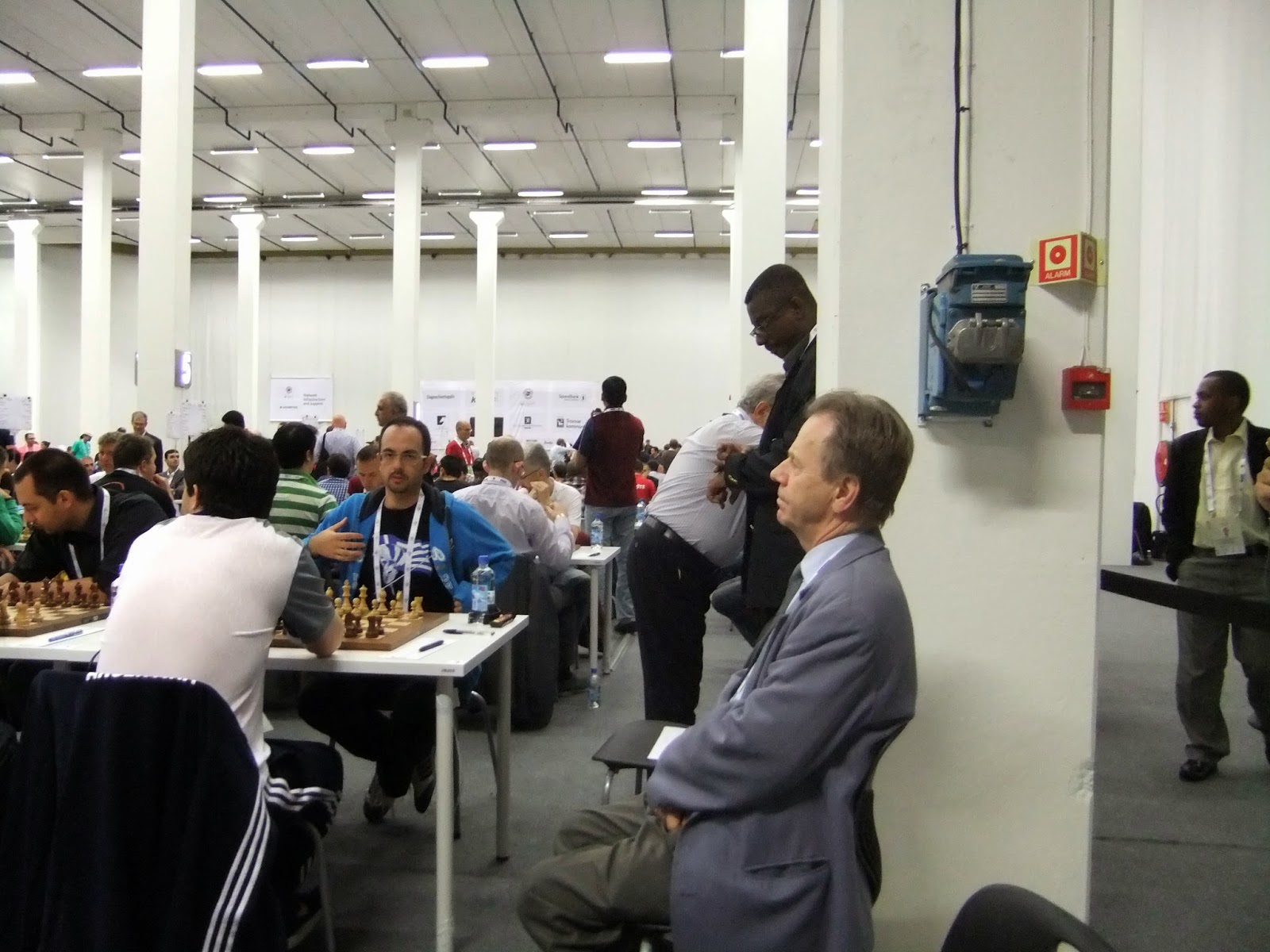 On the other side was the Argentina v Greece match, with GM Ulf Andersson sitting next to me in his position as Captain of the Argentinian team.

Somewhat surprisingly the match I was supervising ended in a win for Equador after boards 1, 3 & 4 drew their games, while board 2 saw Lenin Guerra beat Allan Rasmussen in another game of changing fortunes in what was clearly the 'Game of the Round' from board 18.

The match also ended relatively early (all games had finished & I had completed the paperwork & cleared things up by 6pm), so I had time to look at some of the games that were still going on 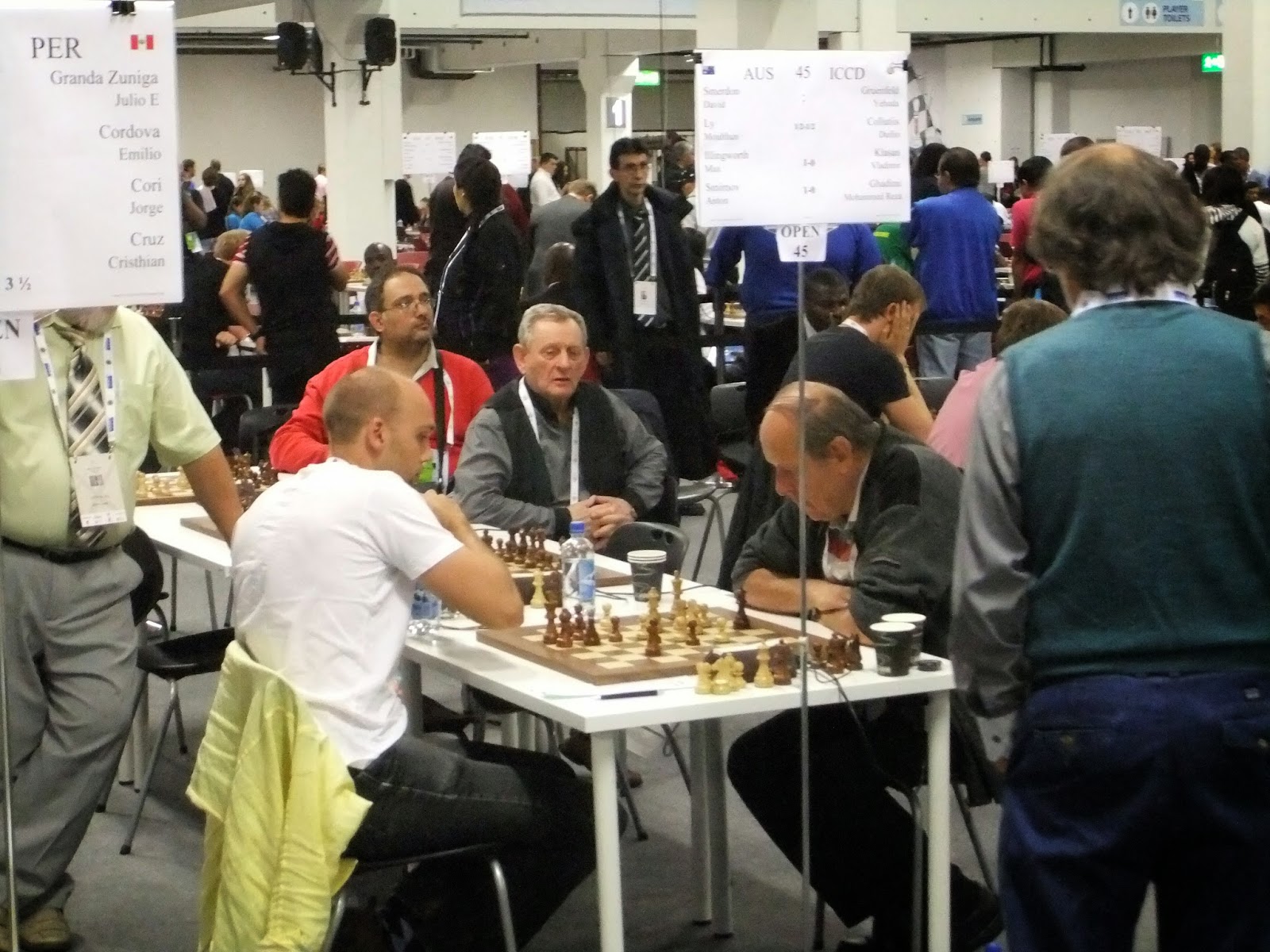 Aussie David Smerdon in action (with Ian Rogers looking on). Unfortunately David ended up losing the game, but Australia won the match 2.5-1.5 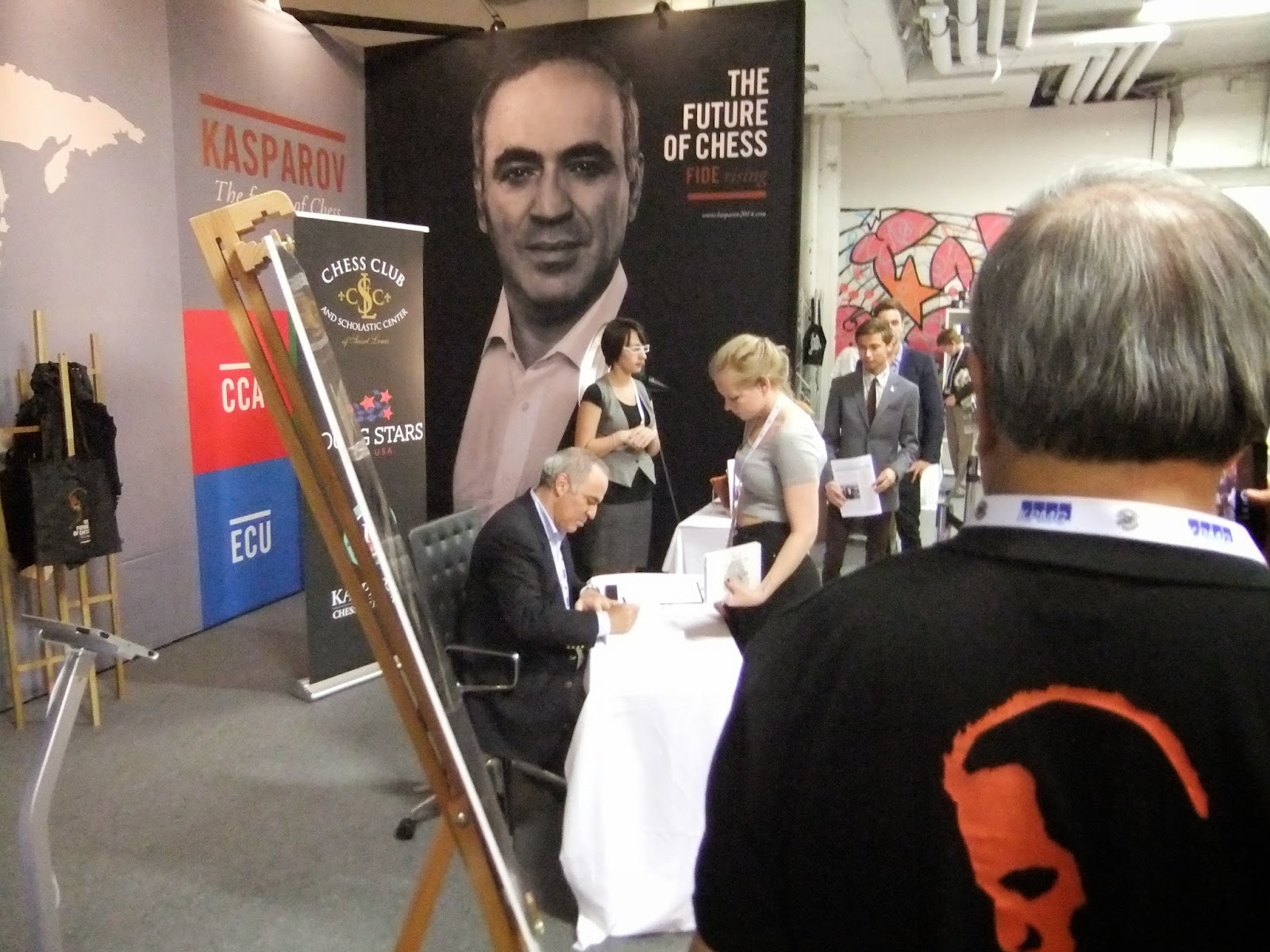 Garry Kasparov was signing books in the Expo area 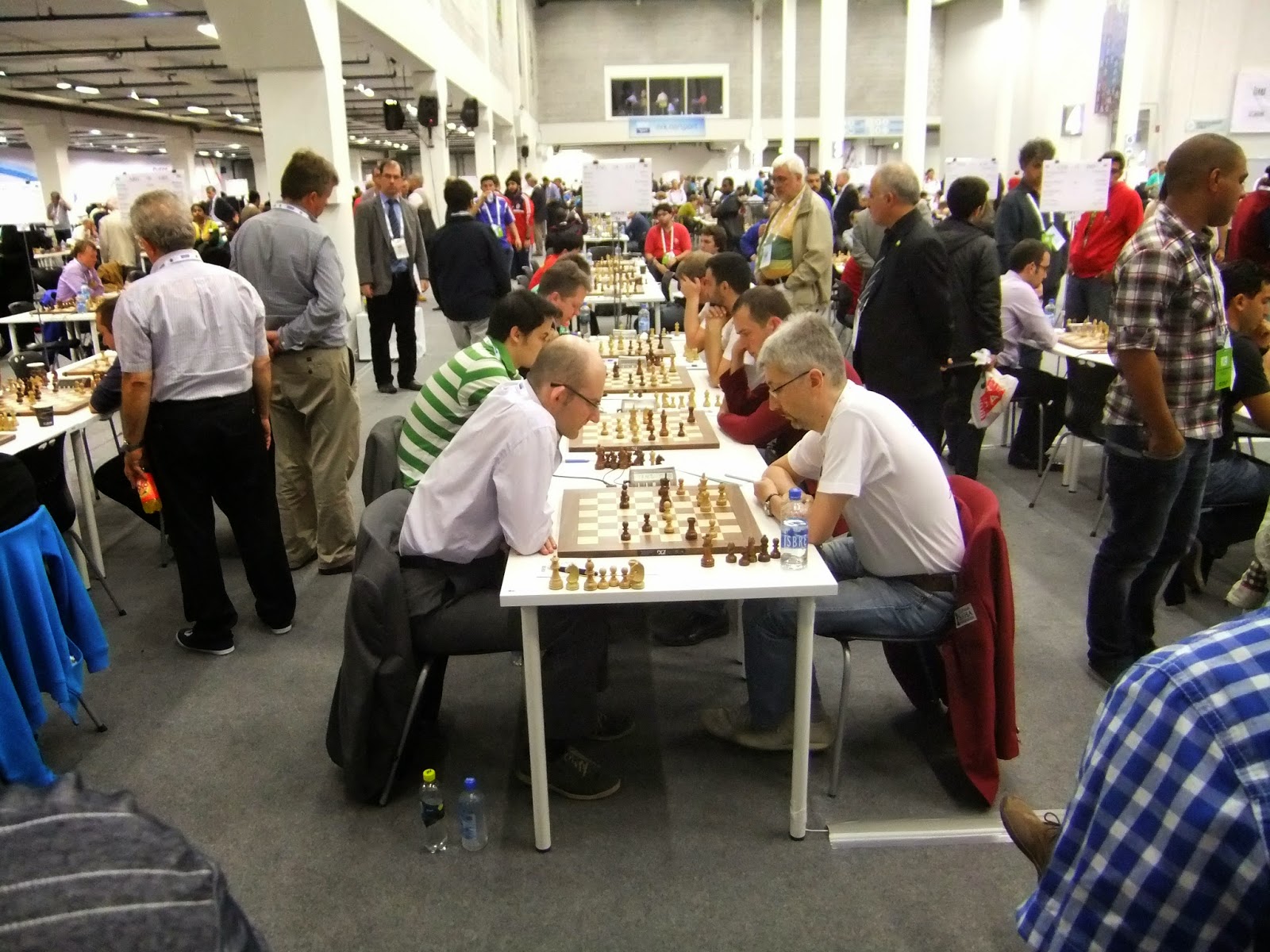 All four games in the England v Latvia match were still going ... the match ended up 3-1 to England with all games being decisive (including Adams beating Shirov on board 1) 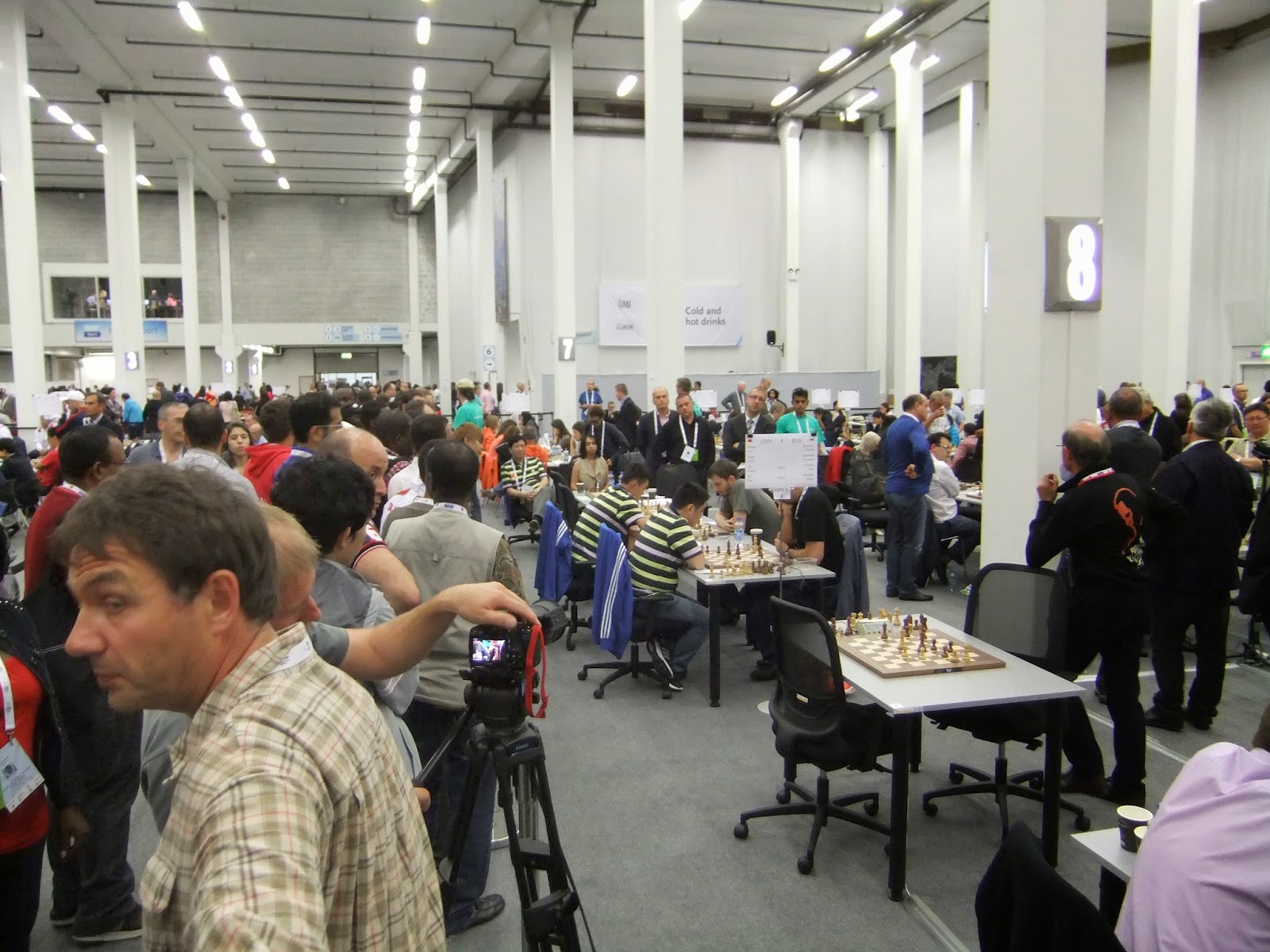 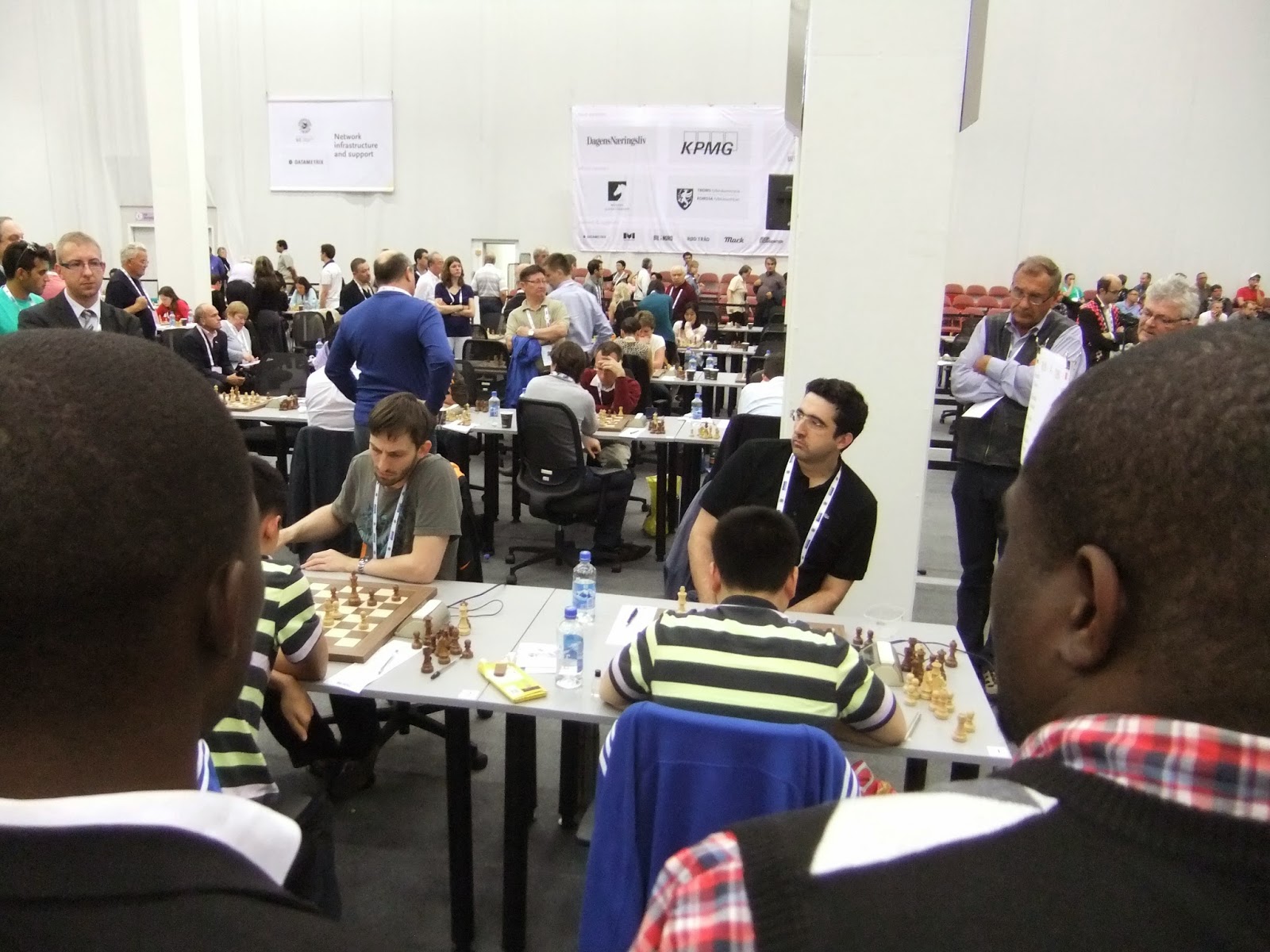 Grischuk & Kramnik playing their games against China
After their wins yesterday, the Aussies get themselves some tough matches - the Open team face Italy, while the Women face Latvia.
Did you know ... Noted chess author Jacob Aagaard was playing on board 3 for the Danish team today ... and he brought a book with him to read (he read a little bit at the board before his game started) ... his book of choice - I am Pilgrim by Terry Hayes
Posted by MelbourneGamesCoach at 00:34