So just when I thought I had things figured out, the sector arbiter IA Jesus Mena from Spain decided to change things around today & I was not at table 13 as I expected. Instead I found myself looking after board 18, which was a clash between Latvia & Kazakhstan. On paper, this should have been a challenging, but relatively straightforward victory for the Latvians, with significant rating differences on all boards (170 on board 1, 100 on boards 2 & 3 & 70 on board 4). However the Olympiad is not played on paper & the games turned out to be very interesting, with the Kazaks showing great fighting spirit to hold the Latvians to a 2-2 draw. The match took quite a while to finish, so I didn't get much of an opportunity for more than a few photos, so I'll focus on the chess with today's post. 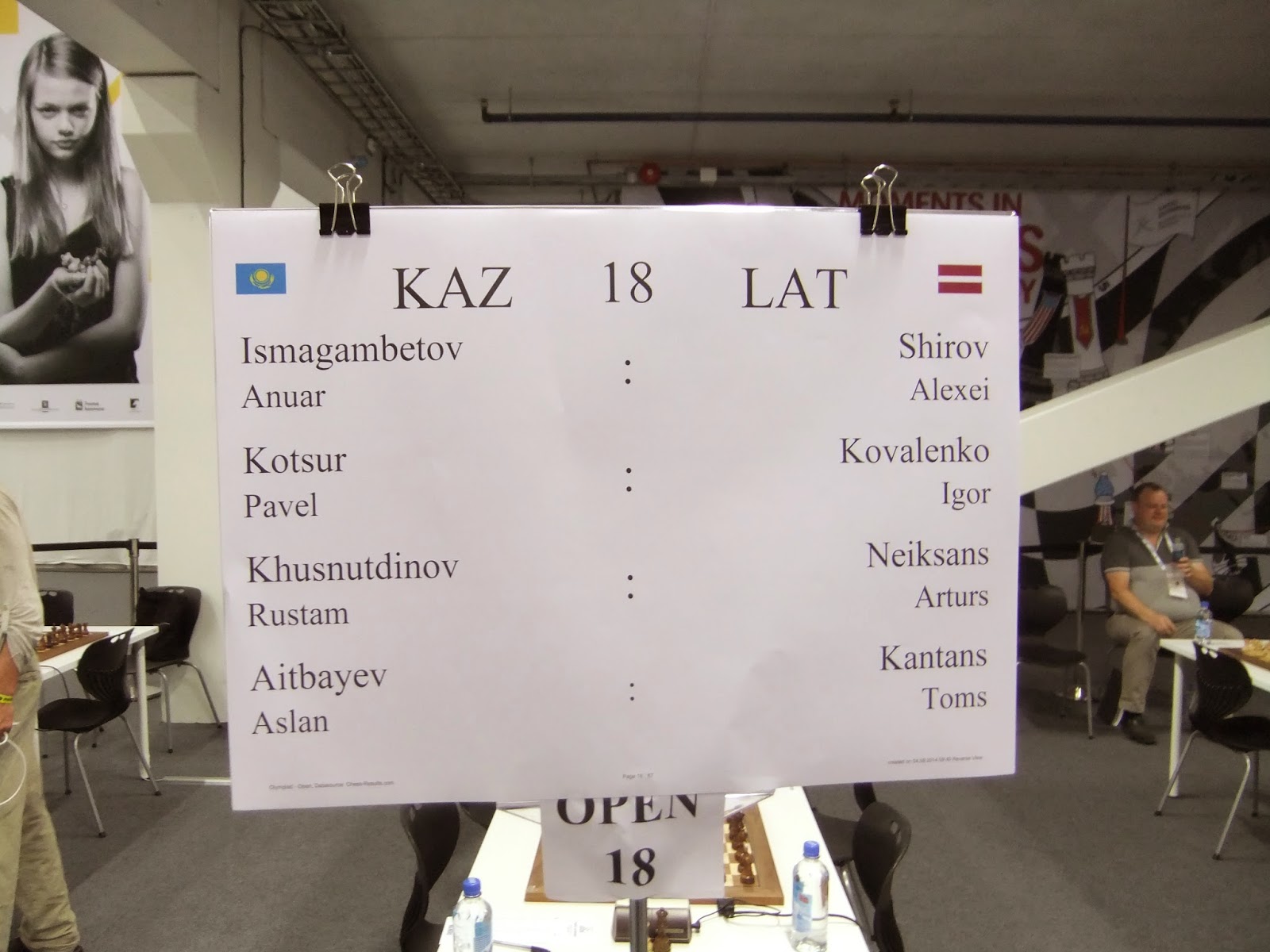 The matchups on board 18 today 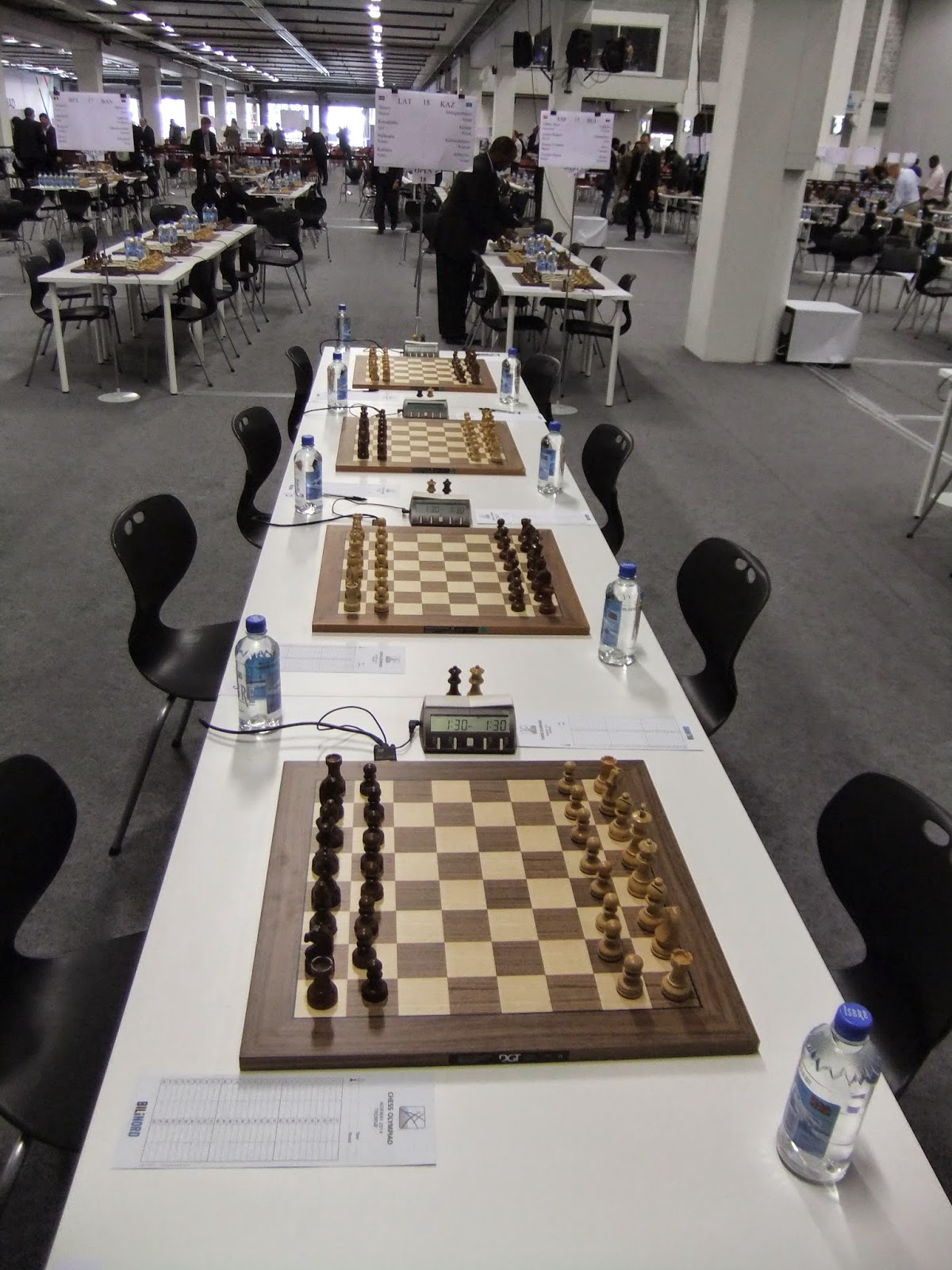 All boards ready to get started 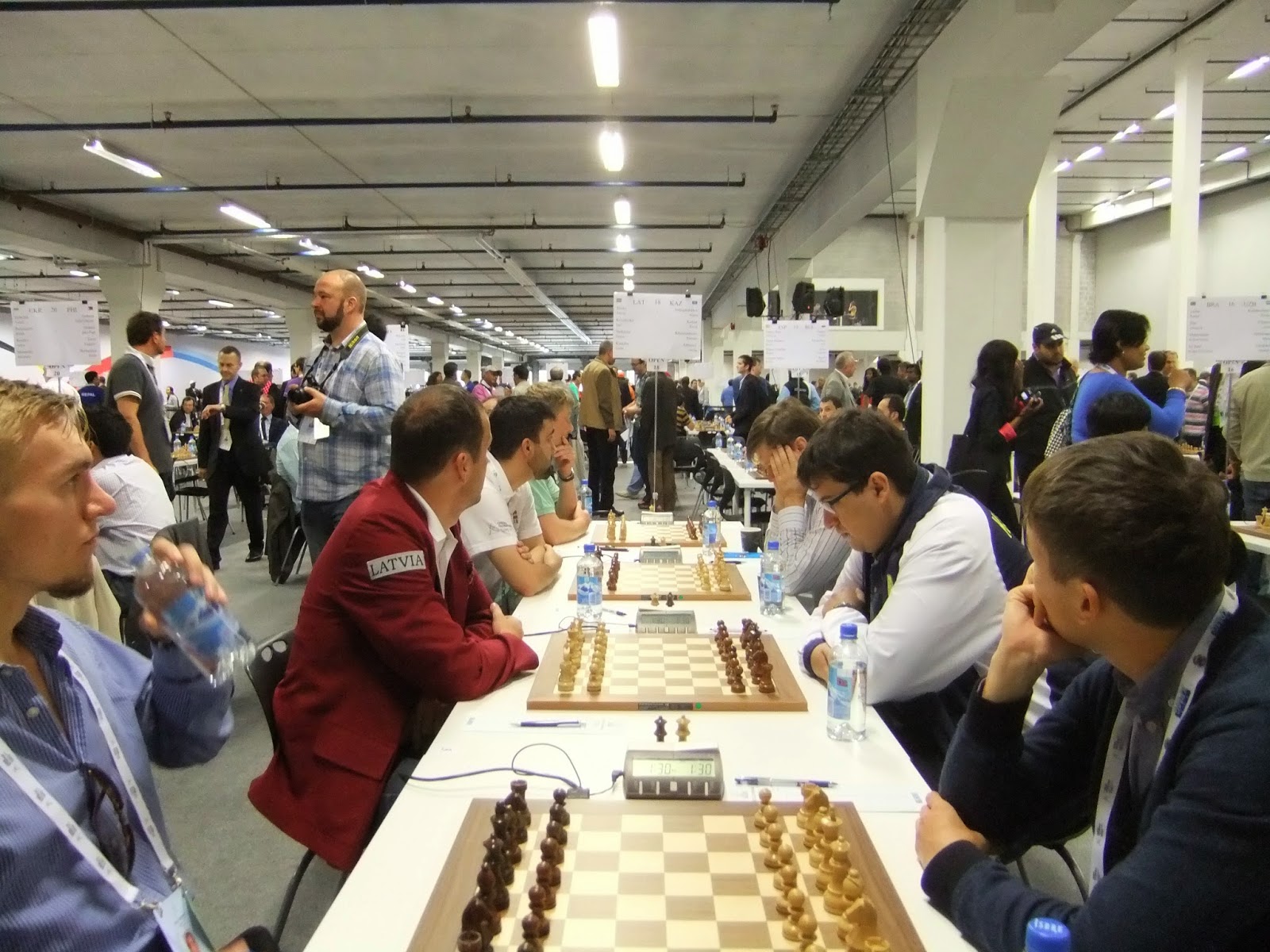 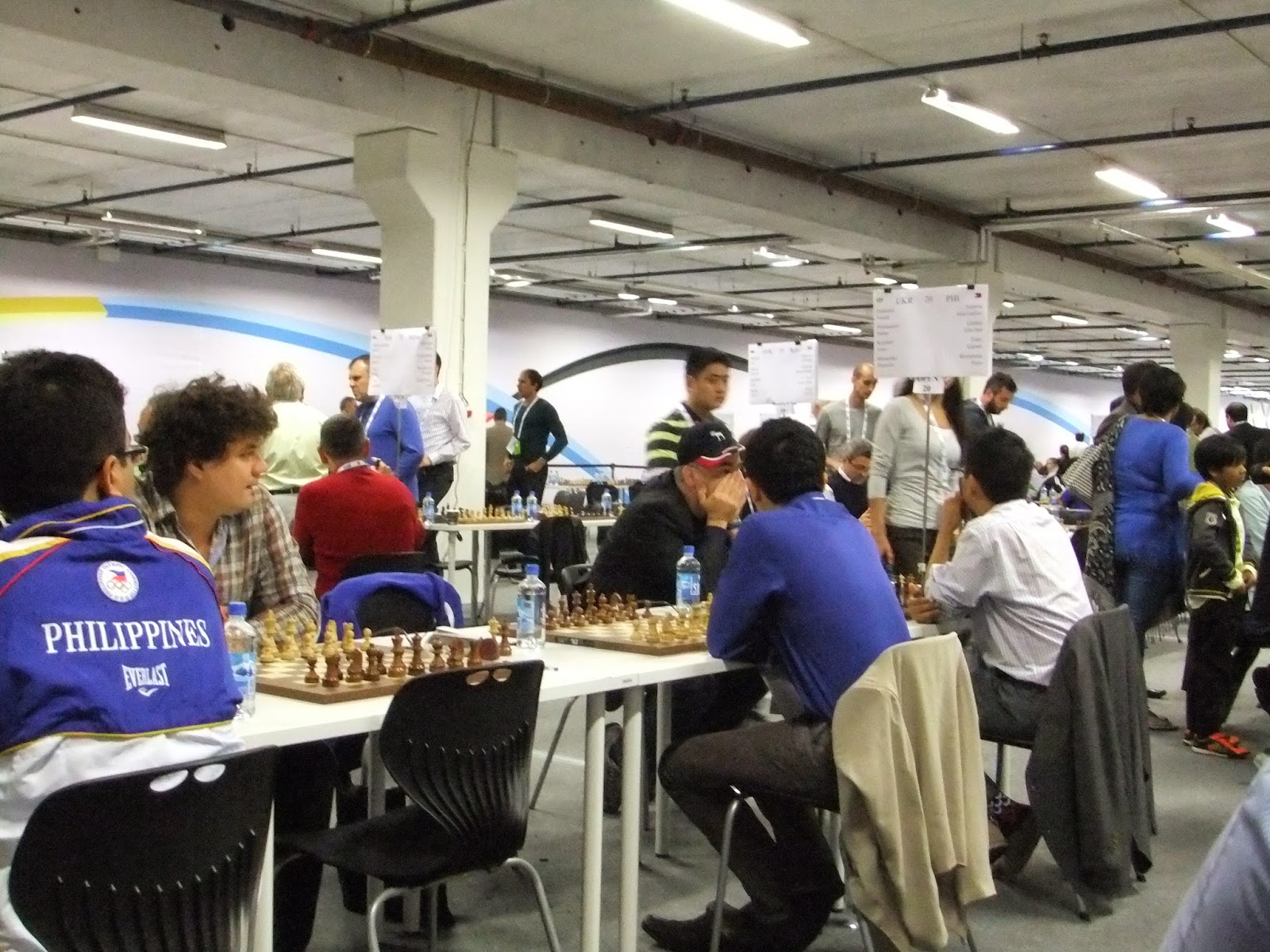 On the adjacent table was the team from Ukraine, with GM Vassily Ivanchuk on board 1. Although they won their match, Ivanchuk was less than happy to be held to a draw.

The Aussies had a bit of a disappointing day, with both teams held to 2-2 draws by lower ranked teams. Tomorrow the Open team face ICCD (International Chess Committee of the Deaf) while the Women face Jamaica.

Did you know ... that in the above picture, Ivanchuk is wearing a Norway cap? Someone has obviously done an early souvenir shop!

The 'Game of the Round' was Shirov's win on board 1, although given that the chess was so interesting today, I've decided to include all four of the games I supervised today for your enjoyment!

Board 1 - Shirov v Ismagambetov - A very clinical display by Shirov, in a style completely different from the fireworks of round 2!

Board 2 Kotsur v Kovalenko - interesting early, but soon petered out to a draw

Board 3 - Neiksans v Khusnutdinov - looked like Neiksans had it well under control, but couldn't find a way to finish the game off & settled for a repetition. 31. Nd1, allowing a set of rooks to be traded, appears to be where the game really starts to turn & when black gets his king & rook active, has serious chances to win the game at the end.

Board 4 - Aitbayev v Kantans - Kantans seemed to have things under control early, but started drifting in the position after move 45 When Aitbayev found the tactic 51. Nxg5! the game had turned in white's favour & he managed to finish the game off reasonably efficiently to secure an unlikely match draw.