Now the routine begins ... no more first round teething problems, no more uncertainty about what to do ... its now game on & time for chess to take the priority in the Olympiad!
As an arbiter, with routine comes familiarity, so for me it was once again to table 13, which looks to be the boards I will be responsible for this tournament. Today it was Norway 3 against Germany in what looked on paper to be a one-sided match, with 4 GMs facing a young team with one of each title (1 IM, 1 GM, 1 FM & 1 CM) with a 200-300 point rating advantage on all boards. Although the result was the 4-0 German win that was expected, there were a number of hard fought games, particularly the two lower boards. 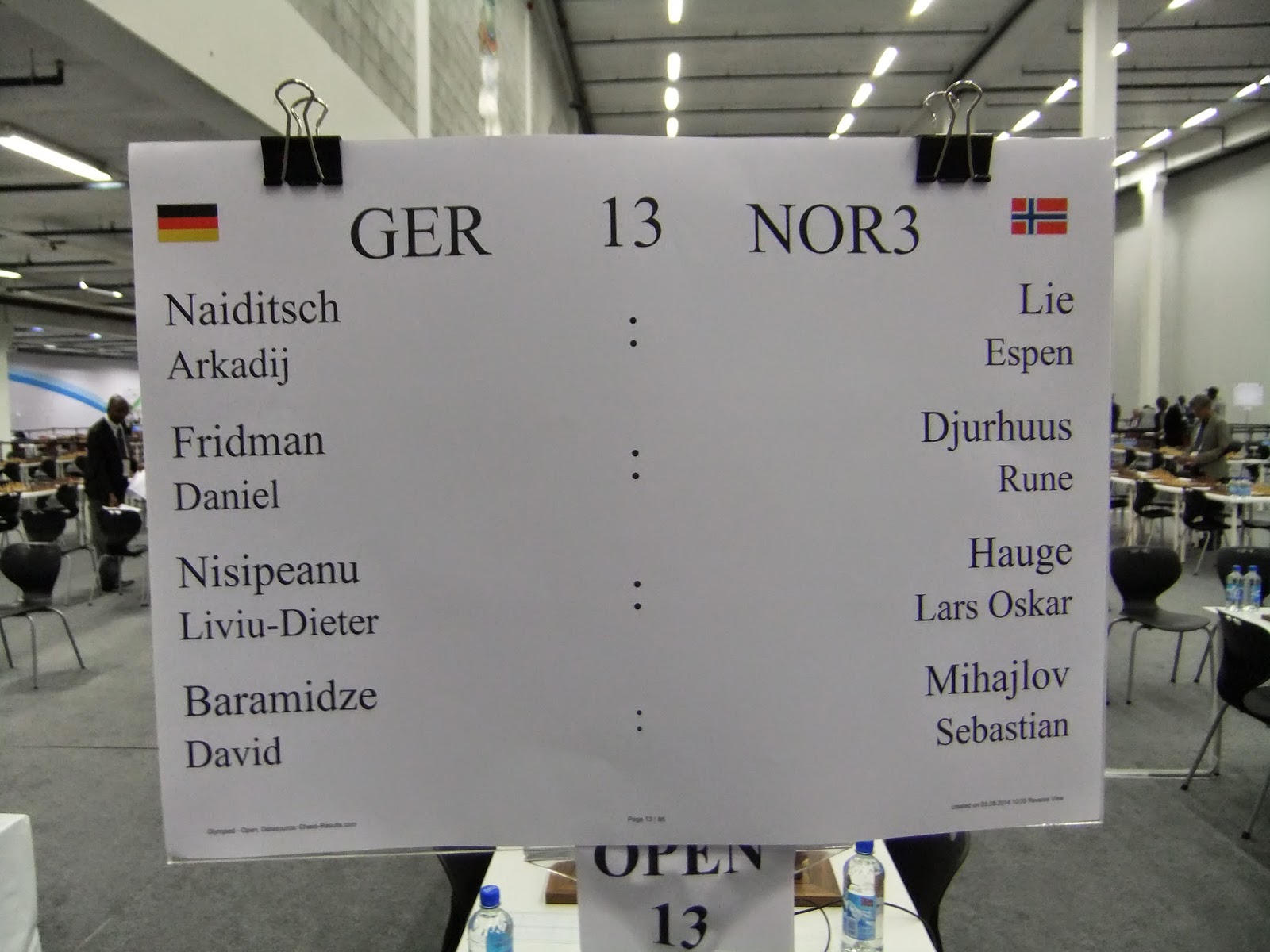 The pairings for my table today 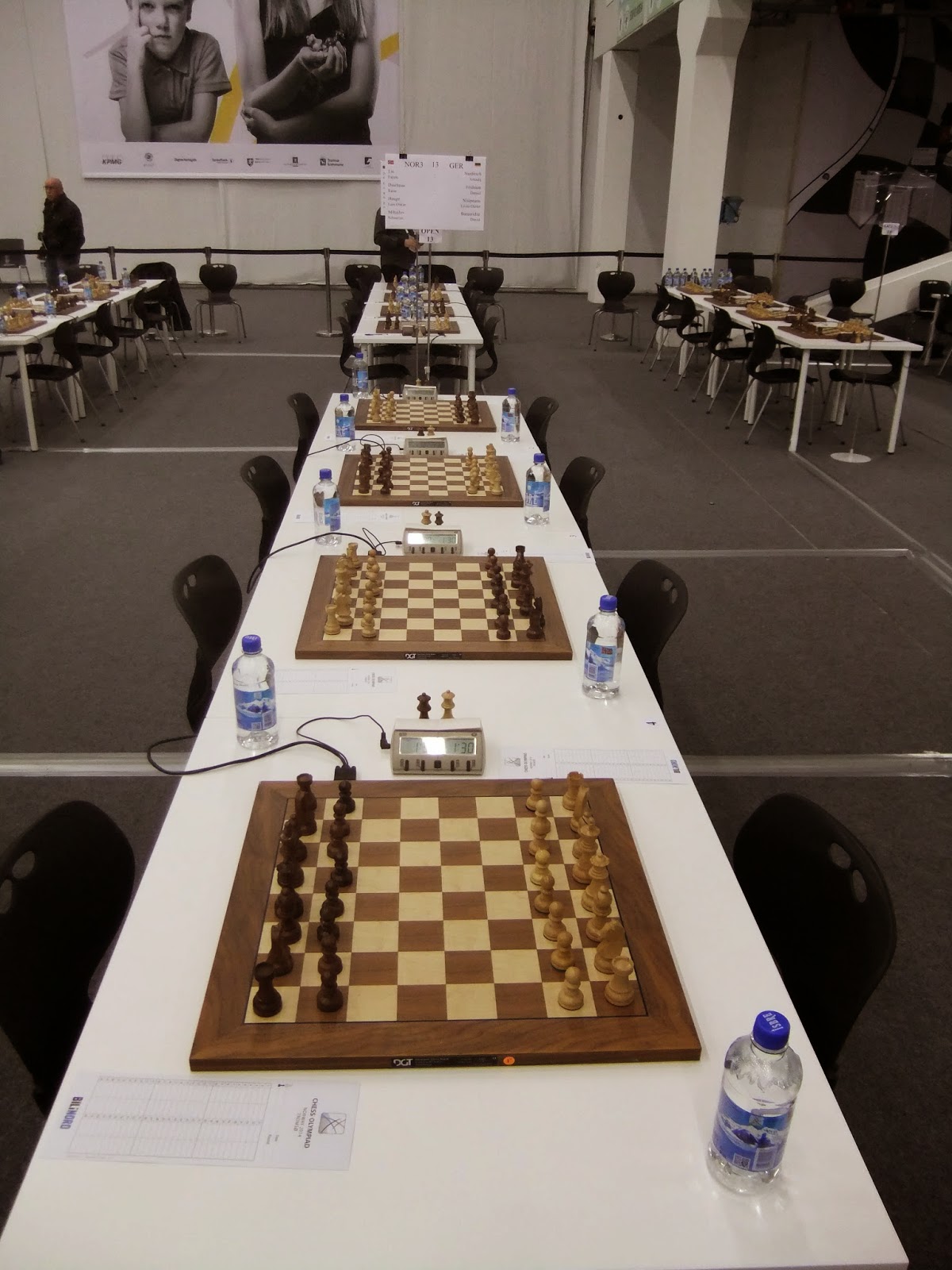 Boards all ready for players to arrive 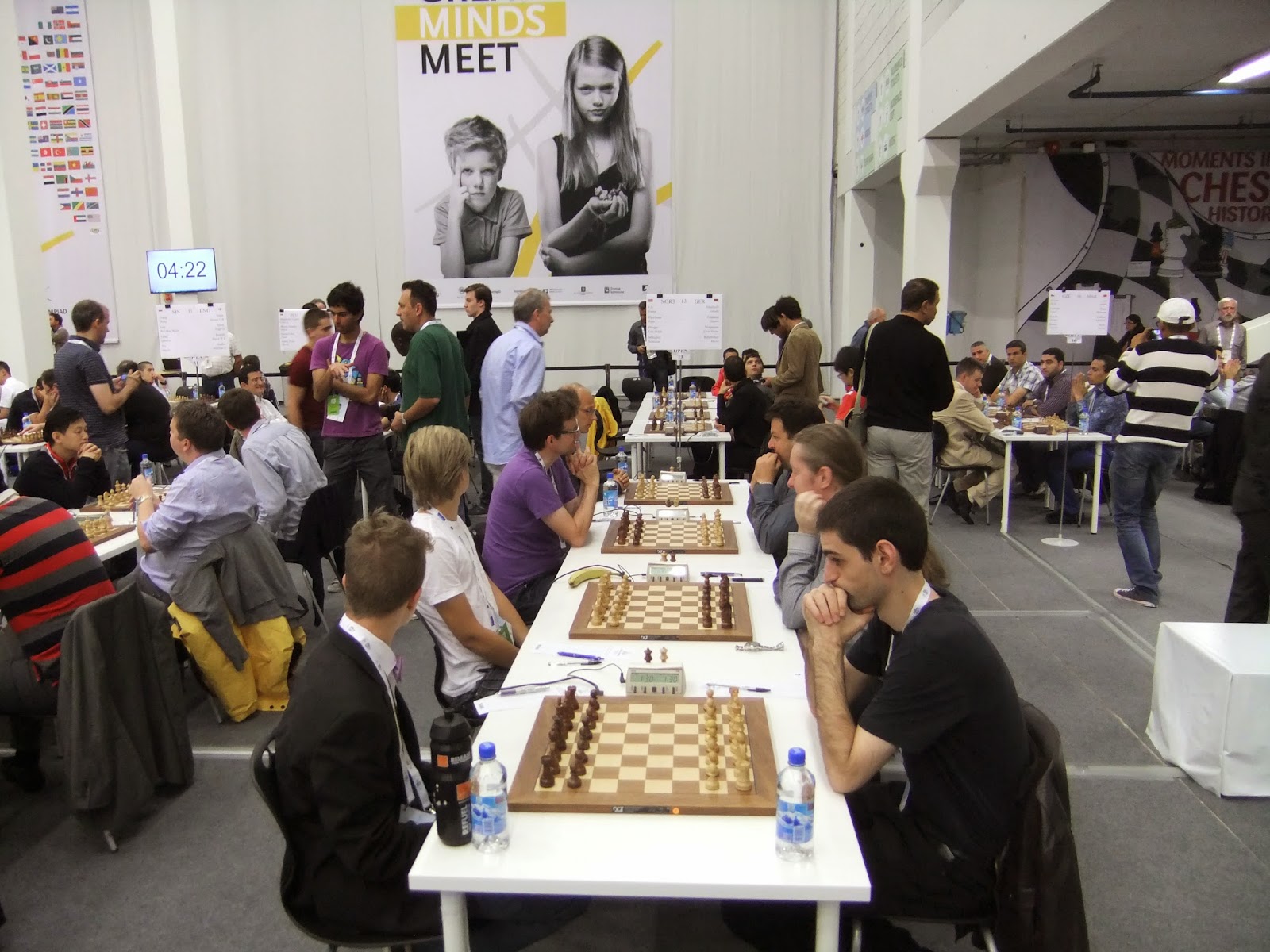 Teams are ready for the games to begin 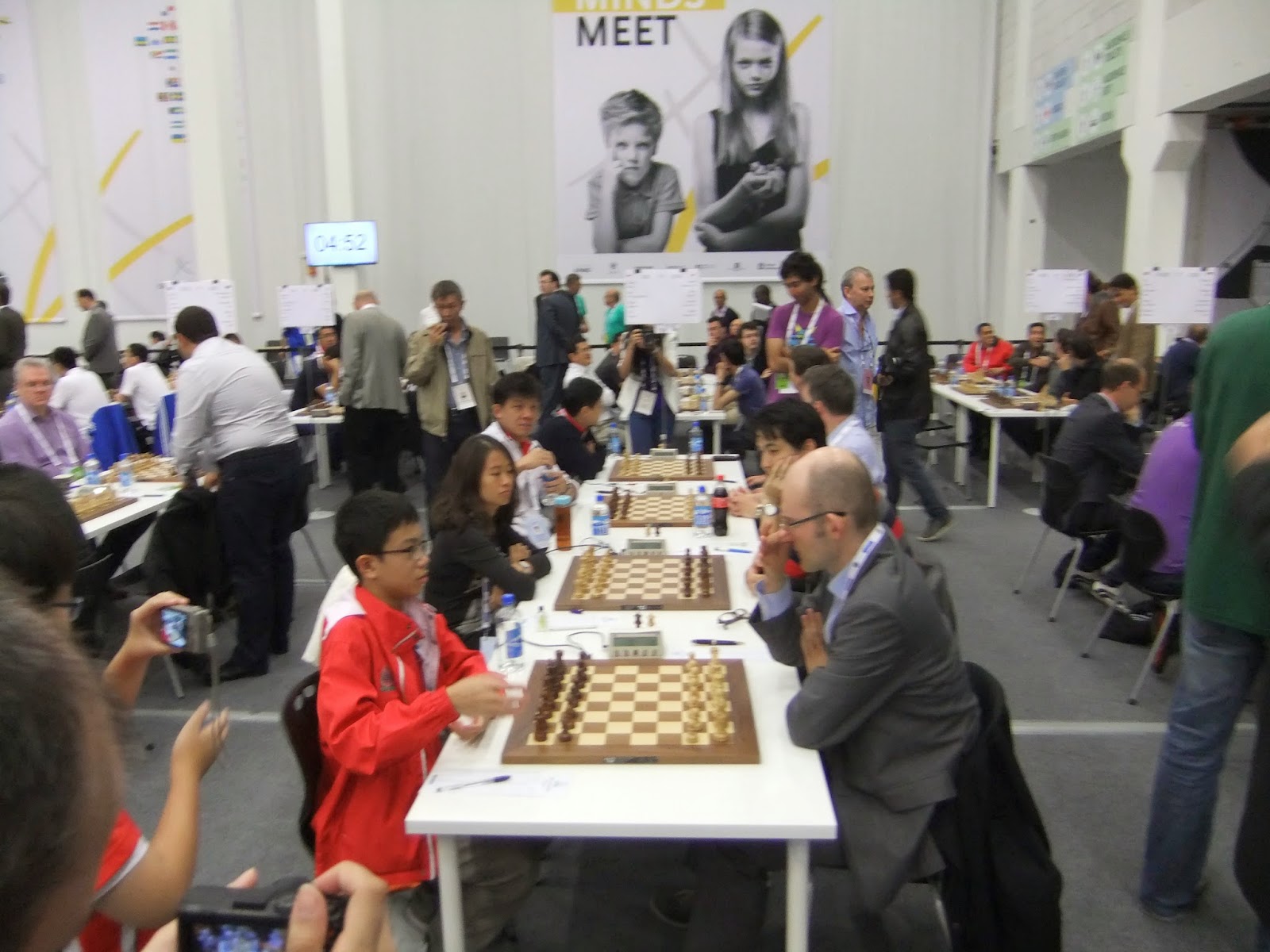 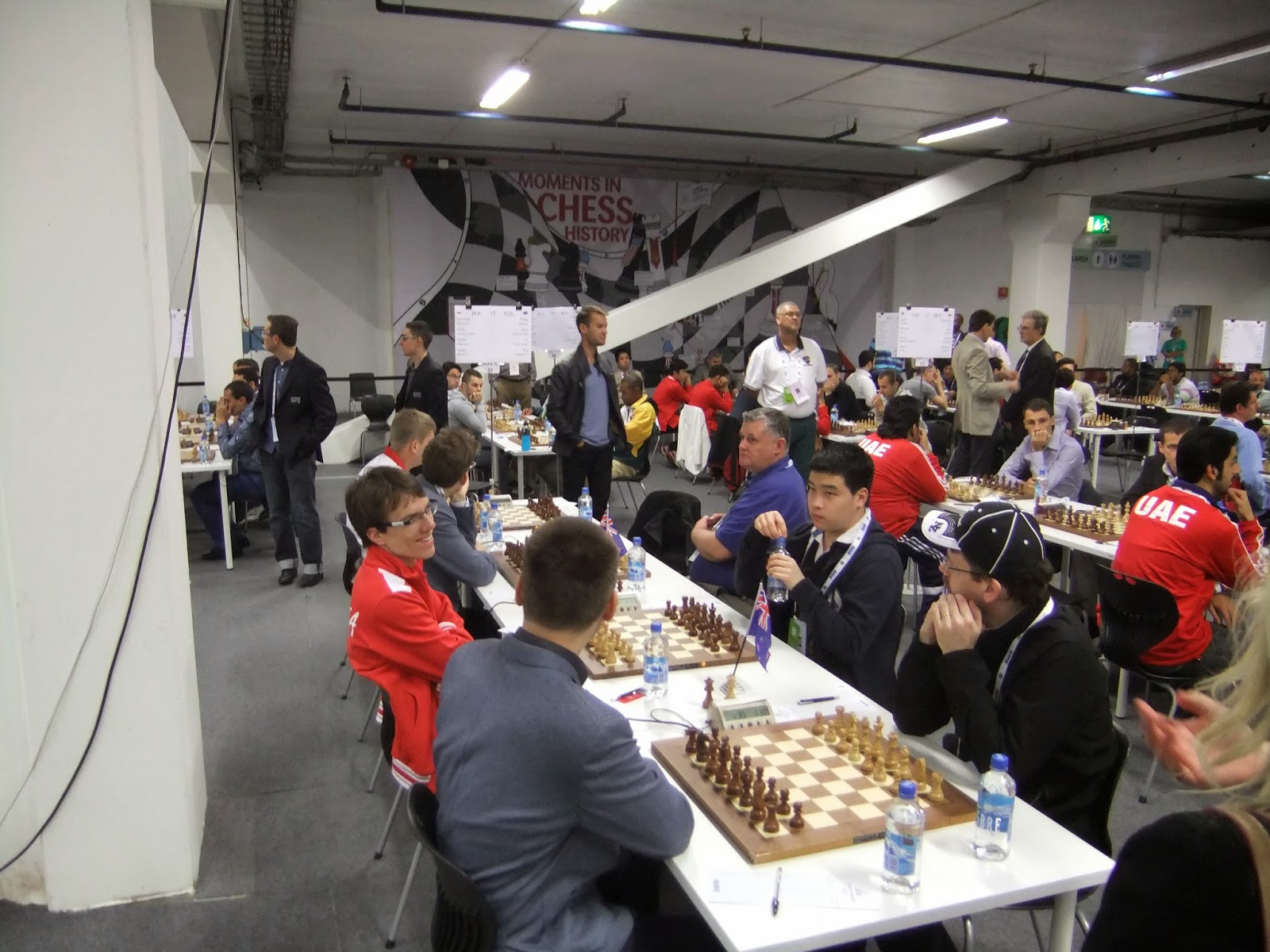 On the other side, Poland took on New Zealand (Poland won 3-1). The Kiwi's even brought some flags for the table!

The match I was supervising finished much earlier than yesterday's game, so I had some time to look around the playing hall & in particular at the Exhibition Hall 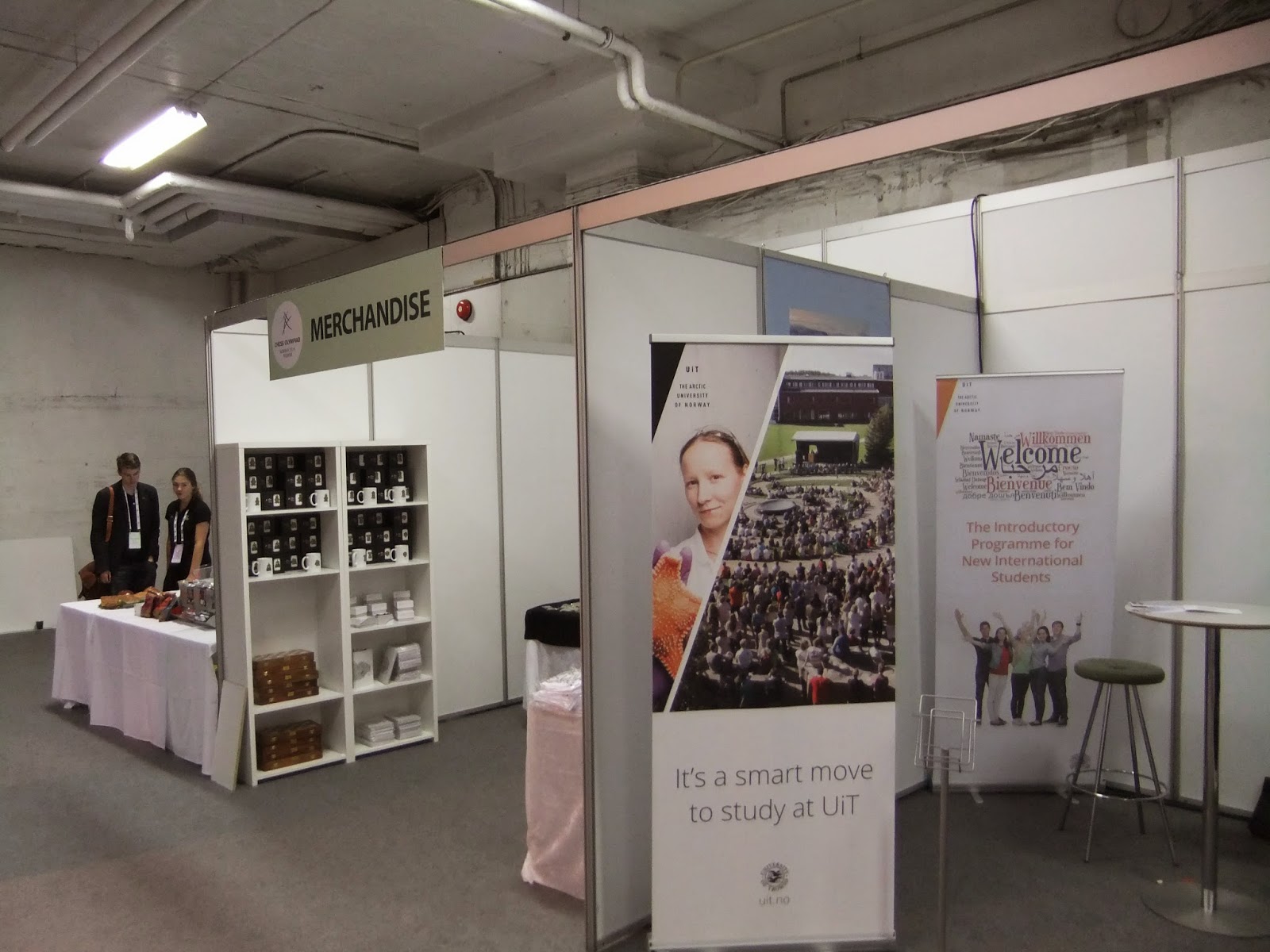 Merchandise stall & a display for the Arctic University of Norway 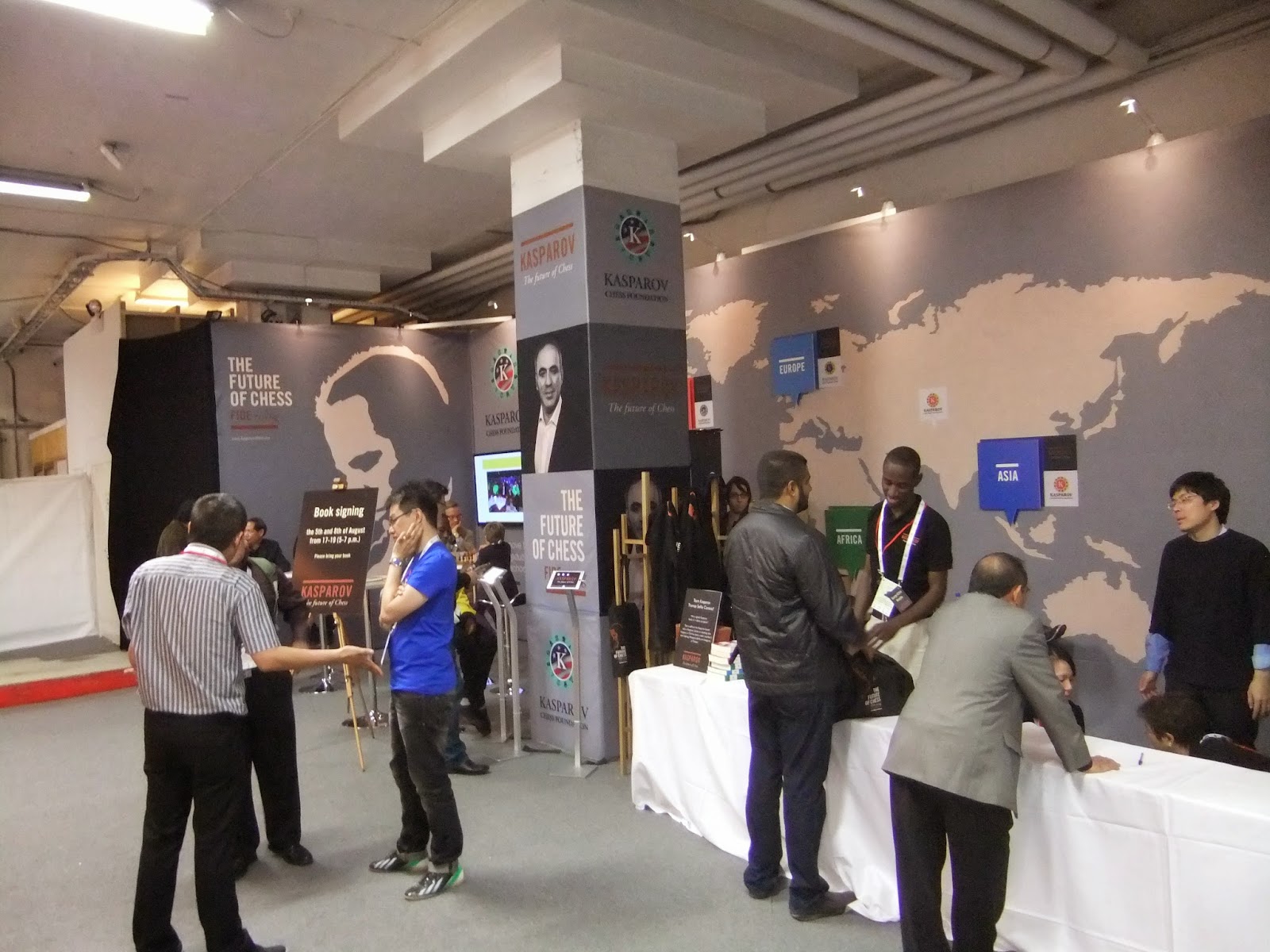 The Team Kasparov stall (Their motto is 'The future of chess') 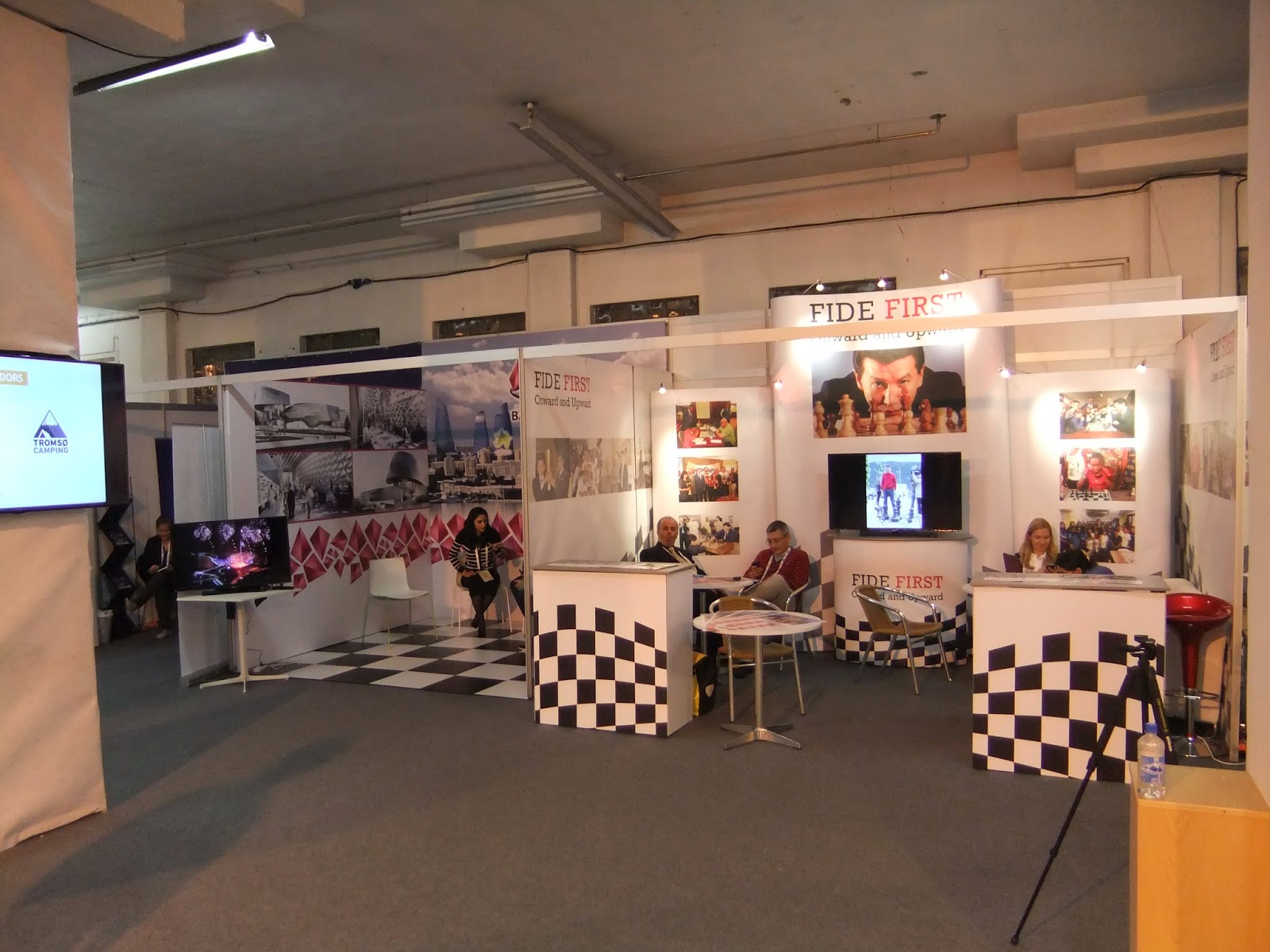 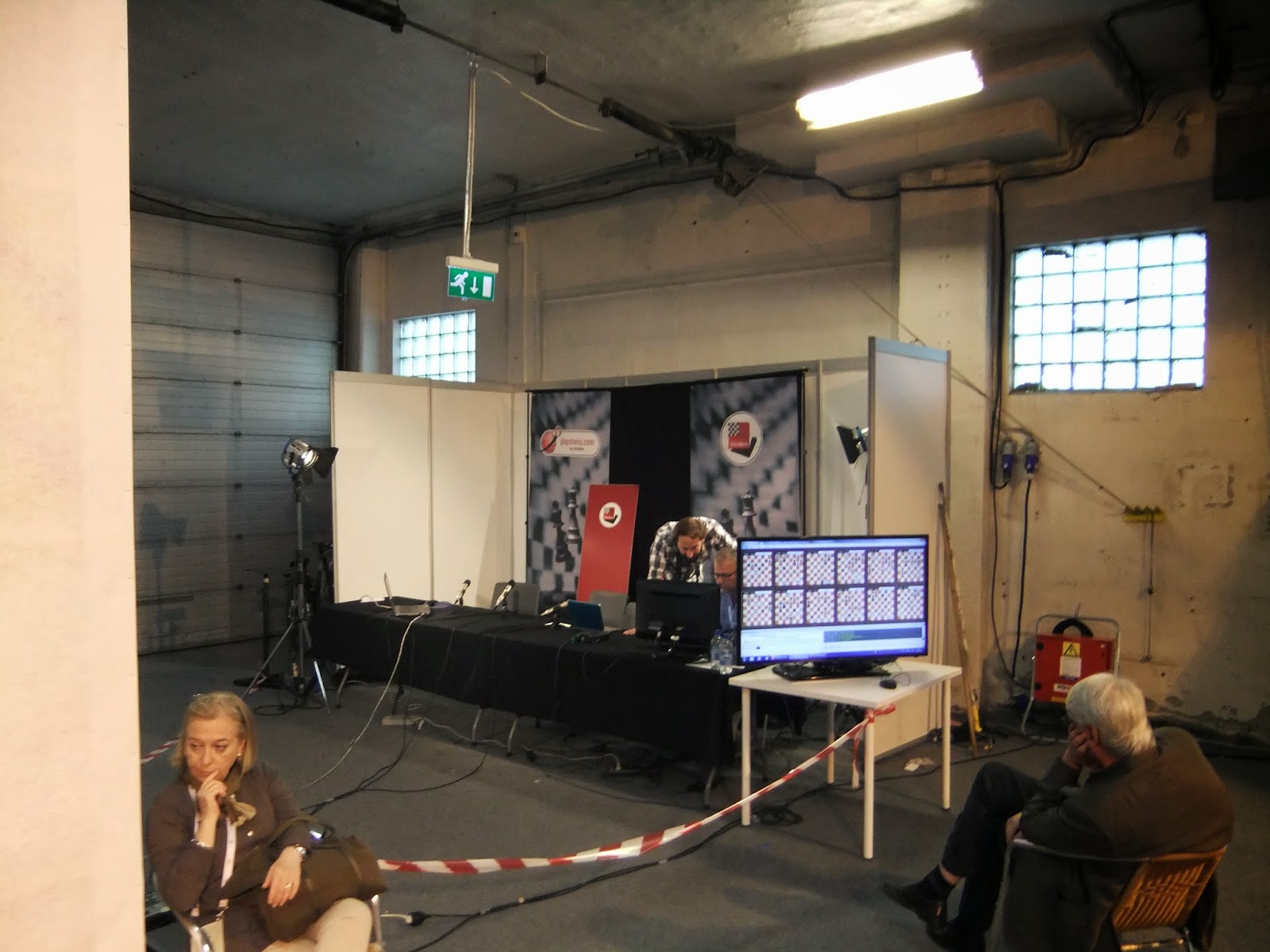 The Chessbase stand where they do live coverage on Playchess 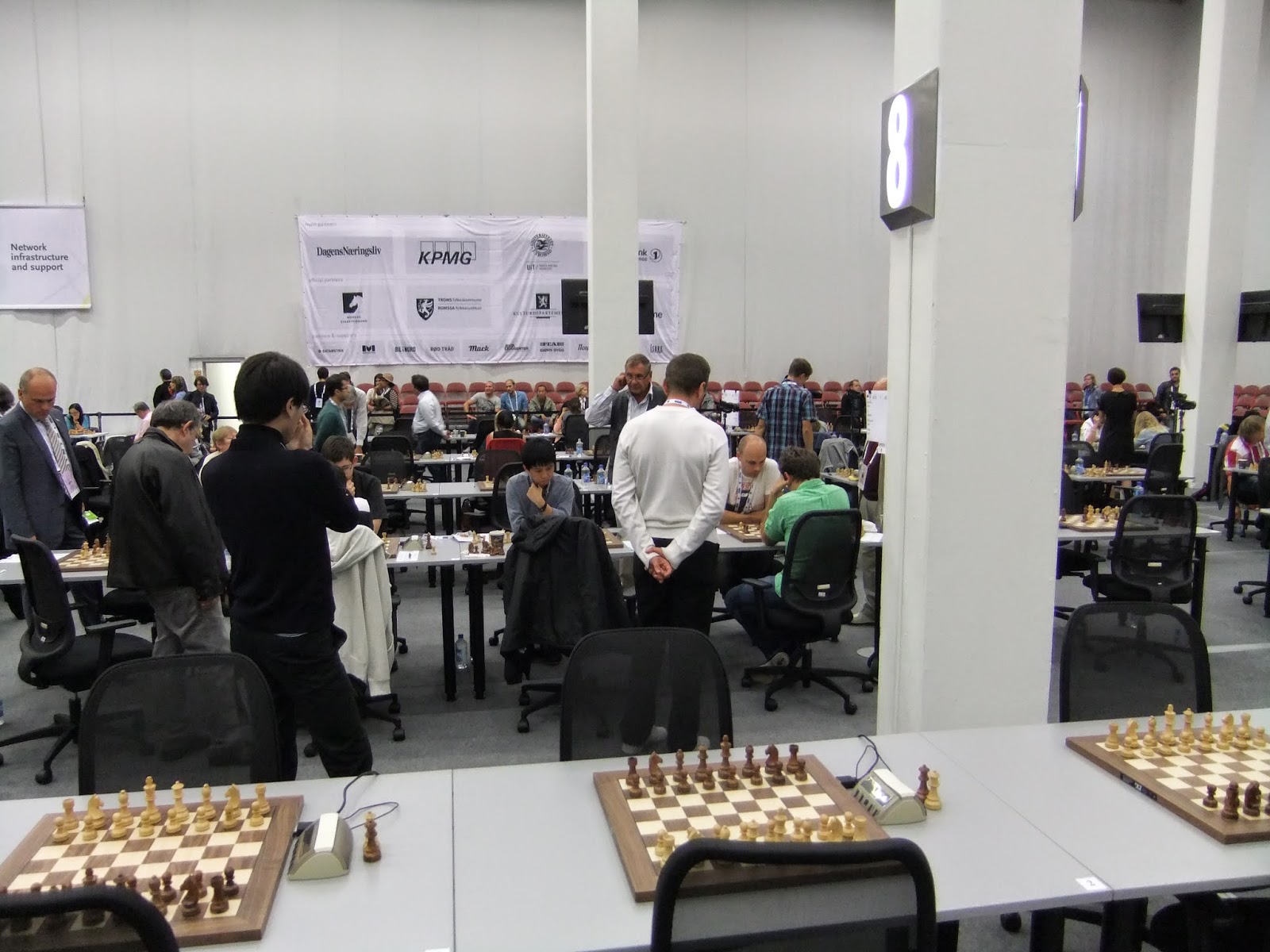 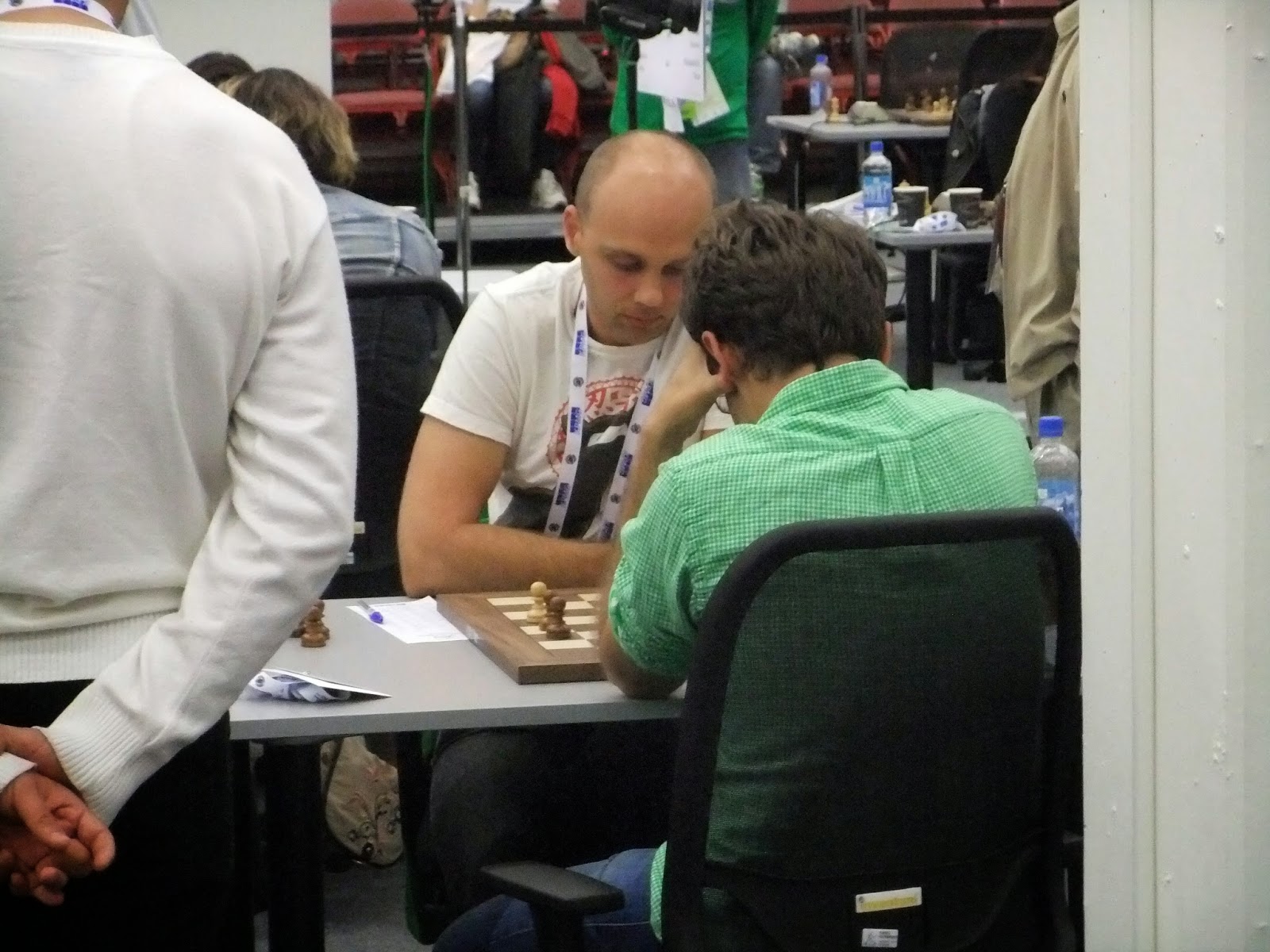 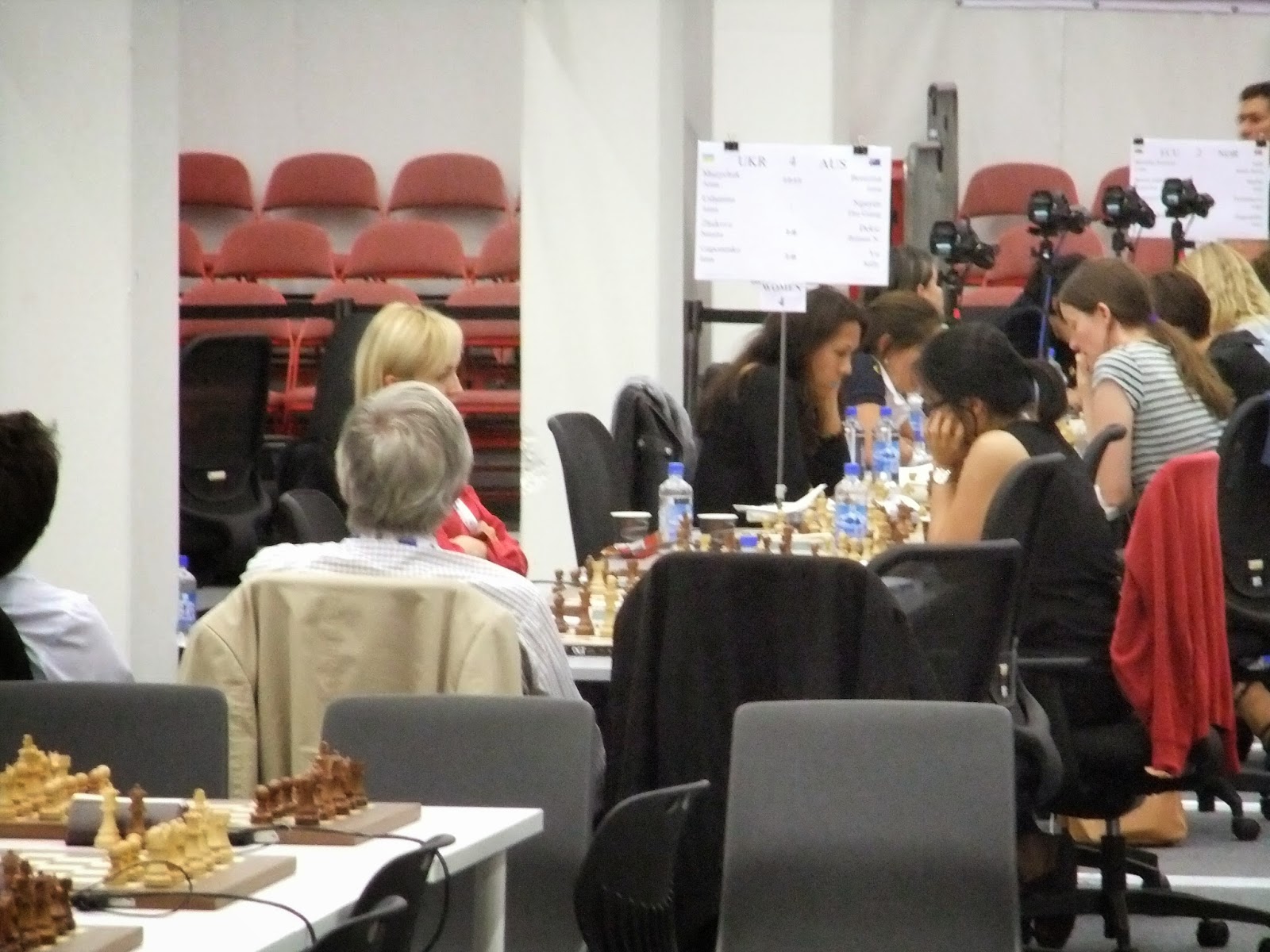 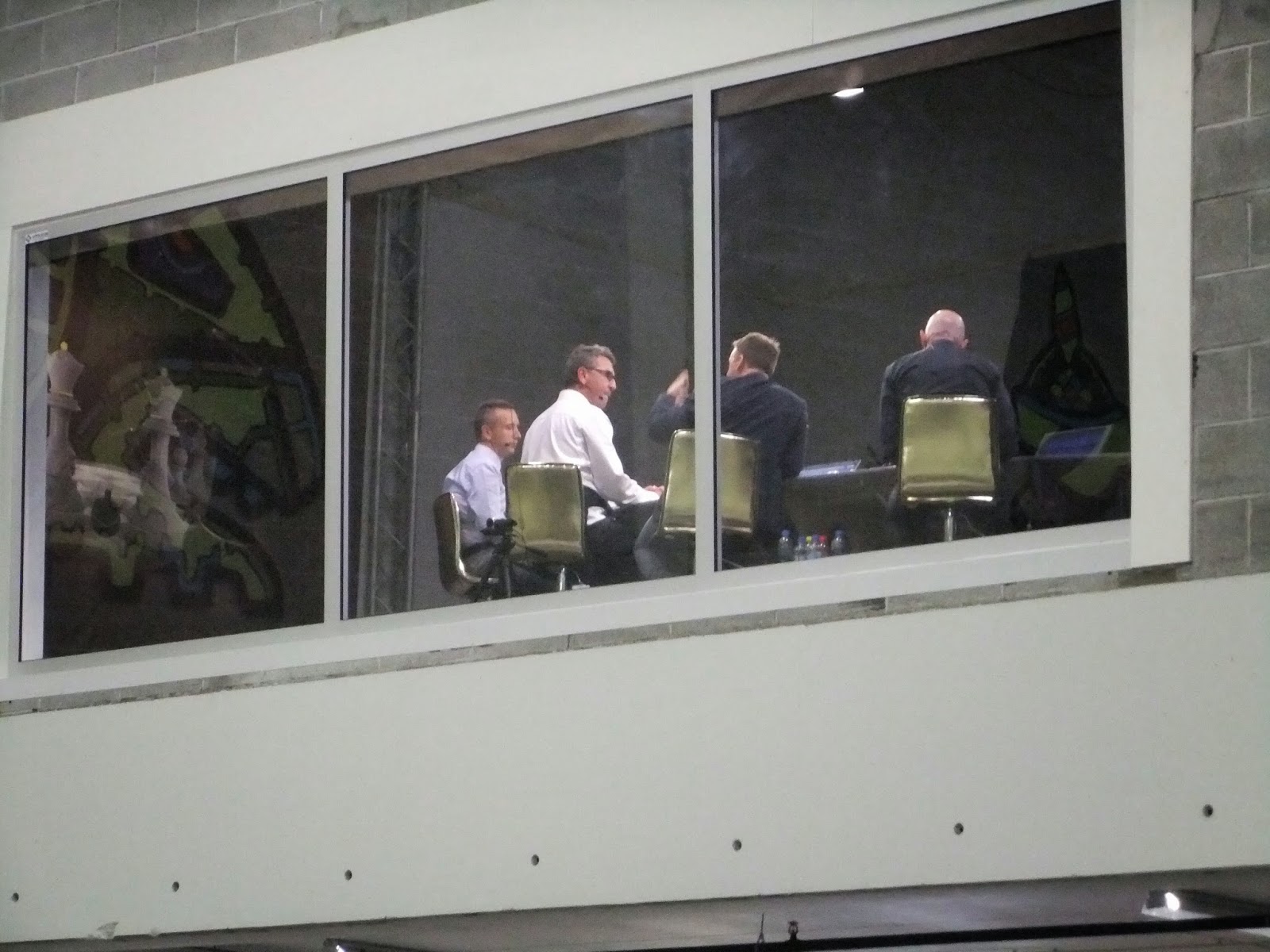 The TV studio area, which almost floats over the playing area

In round 3, the Australians face El Salvador in the Open, while Monaco is the opposition for the Women's team. Best of luck to both teams!
The board 13 match in the Open (and my likely match) is Belarus against Israel, with both teams having all-GM lineups, with Israel headed by Boris Gelfand, with Smirin & Sutovsky also in the team, as well as having roughly 100 or more points over their Belarussian counterparts.

Also, I'll try to add a little titbit from the event ... which I will call 'Did you know?' ...
Did you know ... GM Anish Giri likes to walk around watching other boards while playing with a captured piece (usually a pawn) in one of his hands ...

To finish off, my 'Game of the Round' was between FM Lars Oskar Hague & GM Liviu-Dieter Nisipeanu on board 3. After seeing Nisipeanu in action at the Doeberl Cup, his style just seems so simple & is a treat to watch ...

Email ThisBlogThis!Share to TwitterShare to FacebookShare to Pinterest
Labels: Board 13, Chess Olympiad, Did you know, Exhibition hall, Game of the Round, Germany, GO AUSTRALIA!, Norway, photos, Tromso