Back at board 18 again, this time for a clash between Lithuania & Qatar, which on paper seemed reasonably close. As it turned out, it couldn't have been much closer, with the match ending in a 2-2 draw. Nezad played a nice attacking game on board 4 to give Qatar the early lead, before Rozentalis equalised for the Lithuanians. The final two games saw the Lithuanians pushing for victory, but unable to break through, leading to two draws & a tied match. 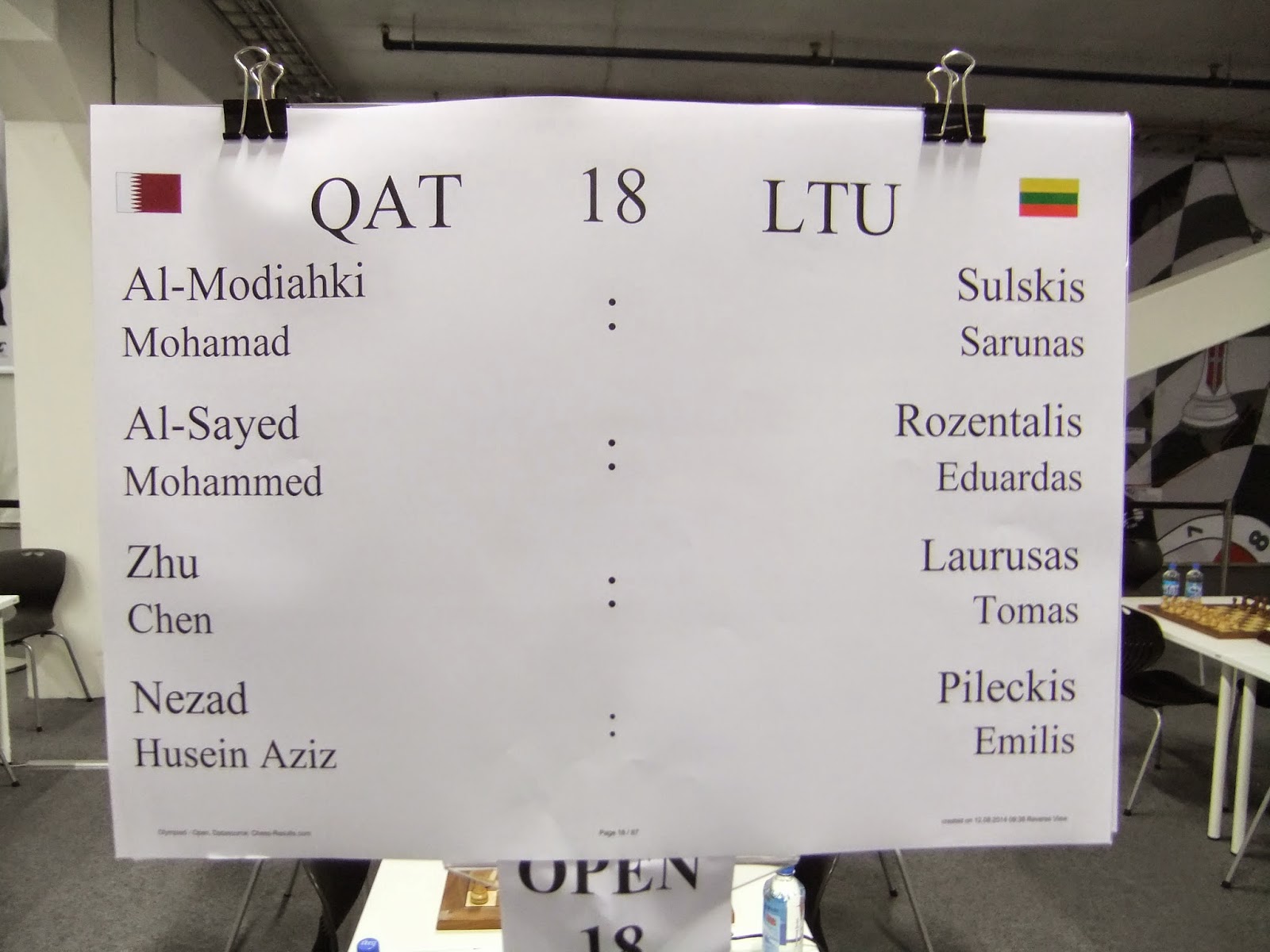 The matchups for today's clash on board 18 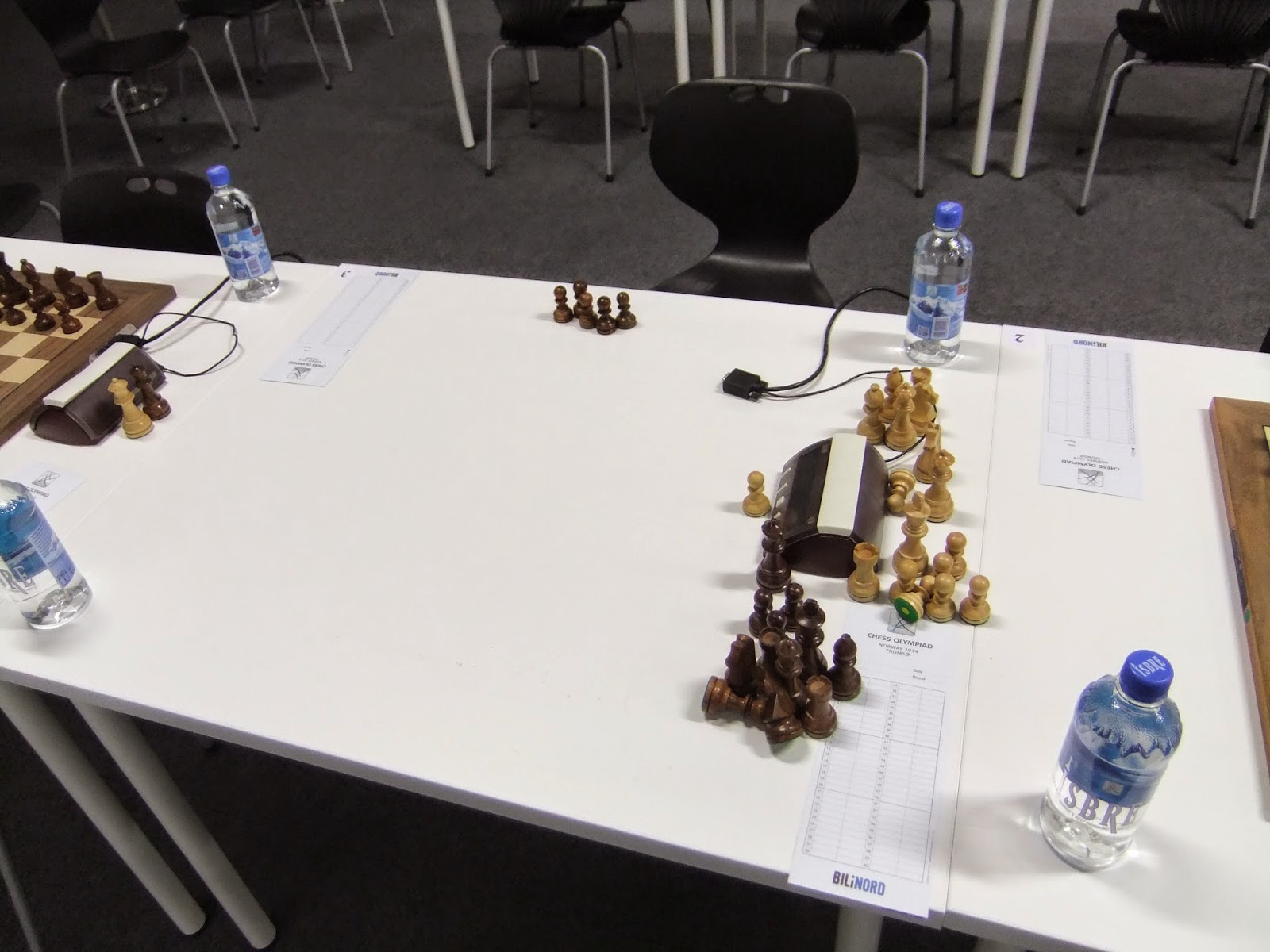 A minor technical hitch before the round ... problems with the DGT board means it needs replacing ... might be tough to play otherwise, even for GMs & IMs! 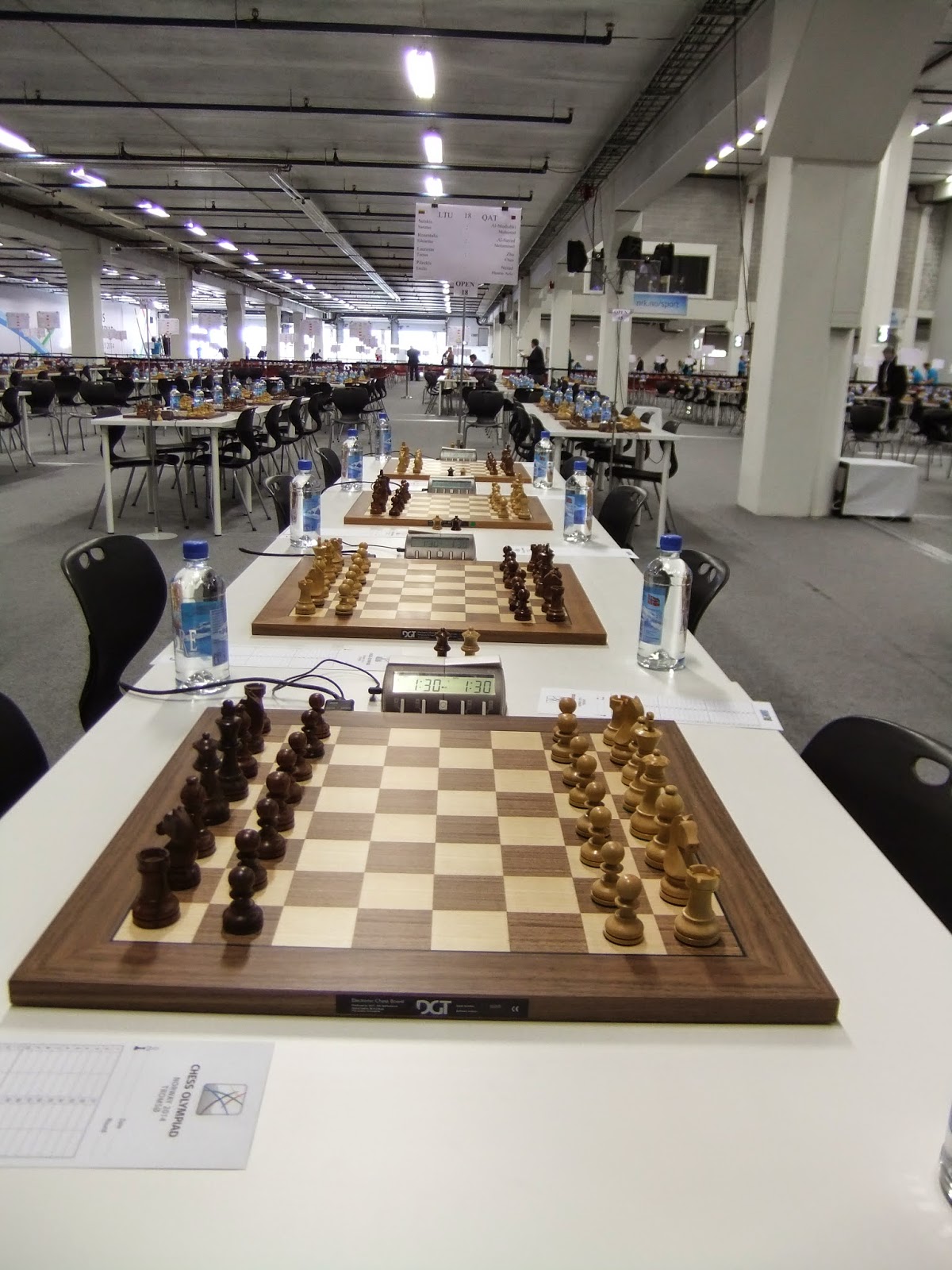 Boards ready for the arrival of players 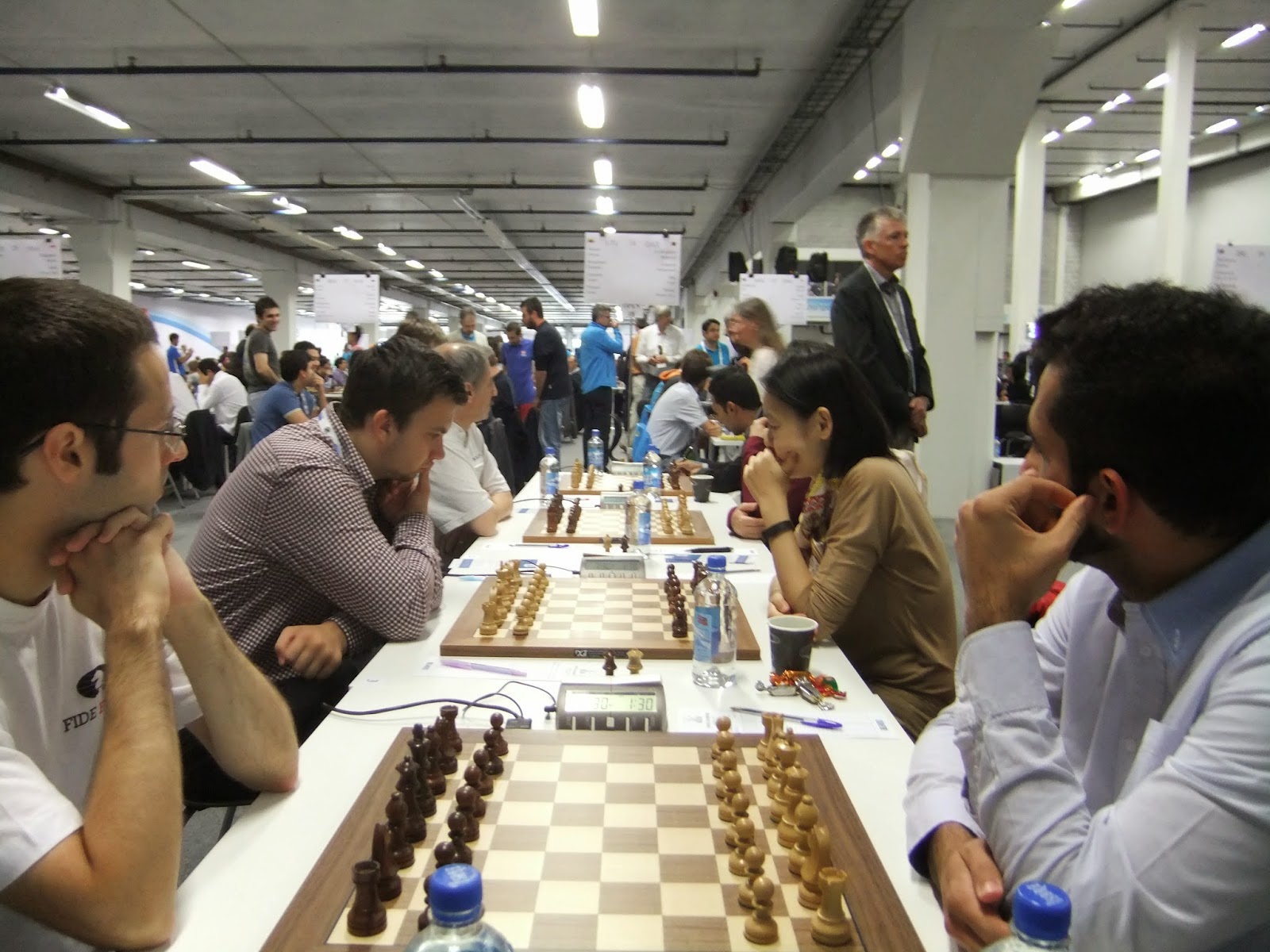 Players ready to begin their games 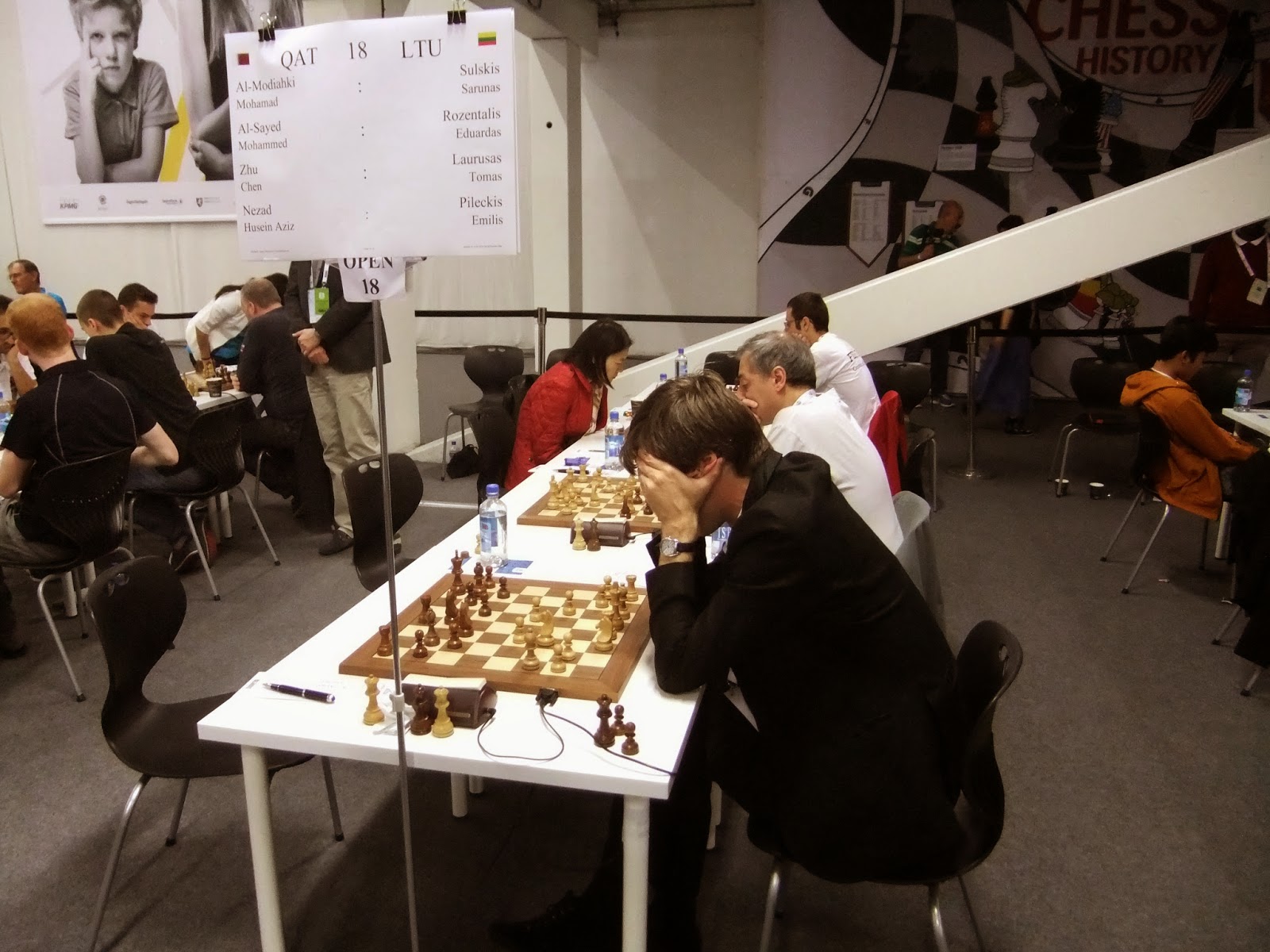 With players getting up at times to walk around the playing hall, there was an amusing sight at one stage during the match ... all four boards had players against invisible opponents!
Both decisive games were impressive for different reasons - Nezad's was a nice game with good tactics to finish, while Rozentalis was Rozentalis, slowly pushing his way to victory after a rather unusual opening, which had many onlookers scratching their heads or looking at the scoresheet to see how the position arose!
Game of the Round honours are shared between the two victors today - Rozentalis & Nezad for two very different games, but both feature some nice tactical shots!


Nezad finishes his game quickly with some devastating tactics!

Did you know ... Peter Svidler asked Australian Open team captain Manuel Weeks the following question yesterday: 'Have you heard anything about the big event today?' or something similar ... Manuel got me involved in the reply to Peter, so that it would not look suspicious when a team captain handed a player still involved in a game a note ... Manuel's note gave Peter an update on the cricket score in the test match between Sri Lanka & Pakistan (eventually won by Sri Lanka) ... Manuel was not expecting Peter to break out into laughter at receiving this note ... He was wondering about the results of the FIDE Presidential election! Afterwards Manuel told me that he just associated Svidler with cricket, so assumed any sort of update would be about a cricket score happening somewhere in the world!

The Australian teams had good results today, with the Open team winning 3-1 against Tajikistan, while the Women won 3.5-0.5 against New Zealand. In the final round, the Open team have the tough assignment of facing Germany, while the Women are the rating favourites in their clash against Malaysia. Best of luck to both teams!

Tomorrow is a rest day, so hopefully I'll get a chance to do some more sightseeing, as well as possibly catching up with the Australian team (with the arbiters staying so far out of Tromso, the only time I have seen the team is either at the playing venue, or at the Bermuda or Kasparov parties, with the exception of a brief encounter when the team were bonding over a game of hacky sack).

To finish off the post today, I thought I would share some more of the artwork on the walls of the playing arena - this time a mural about Moments in Chess History 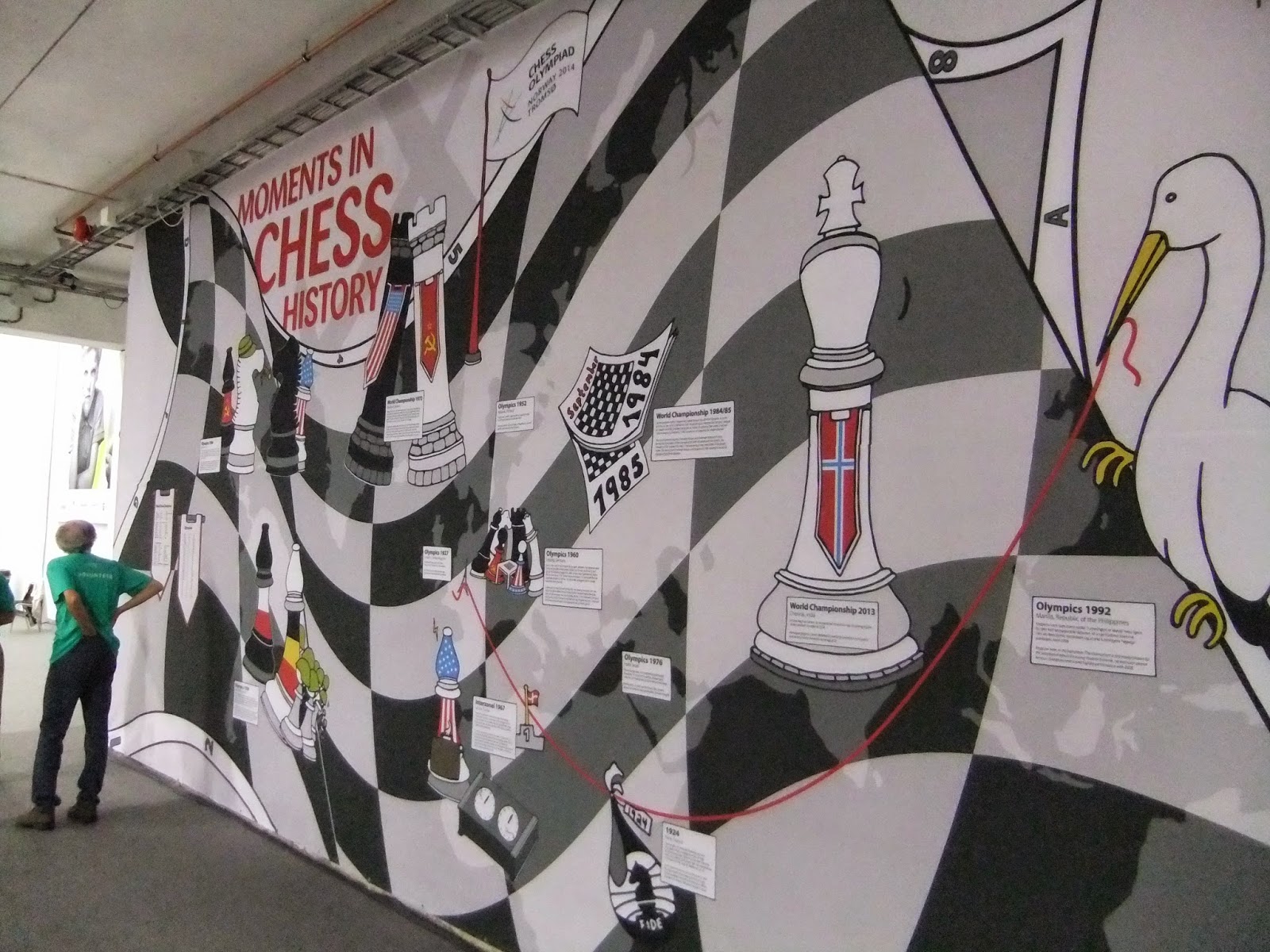 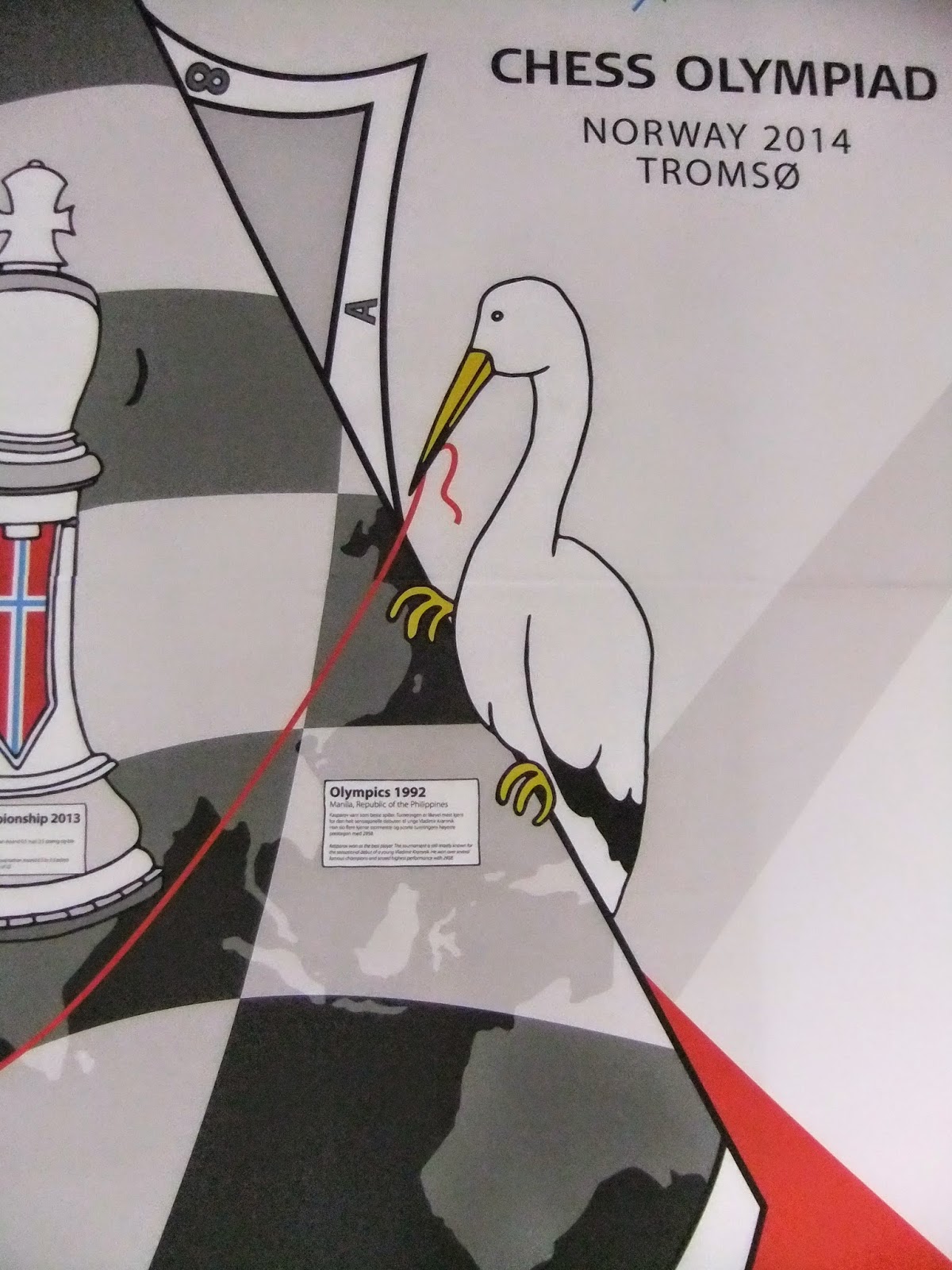 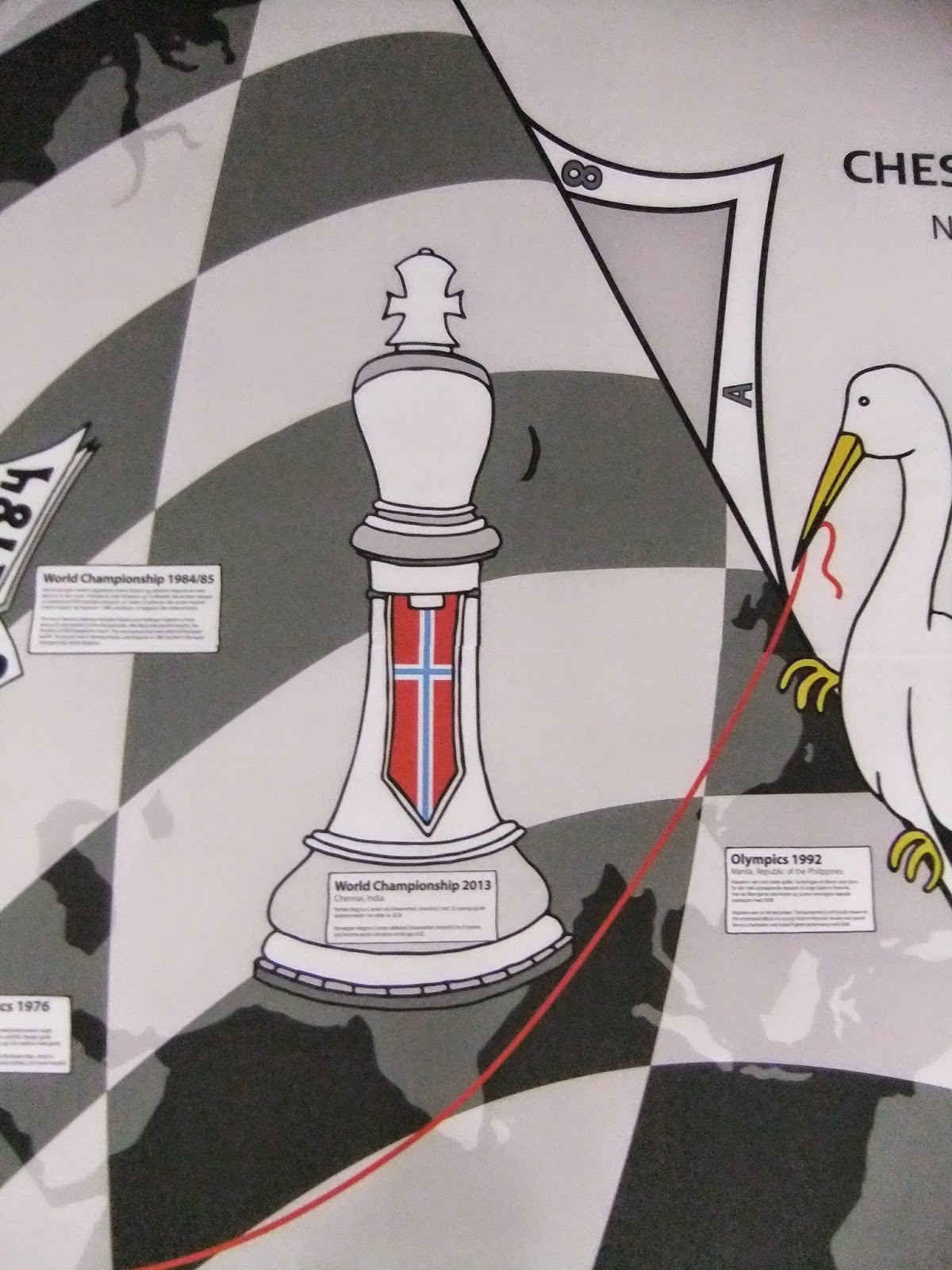 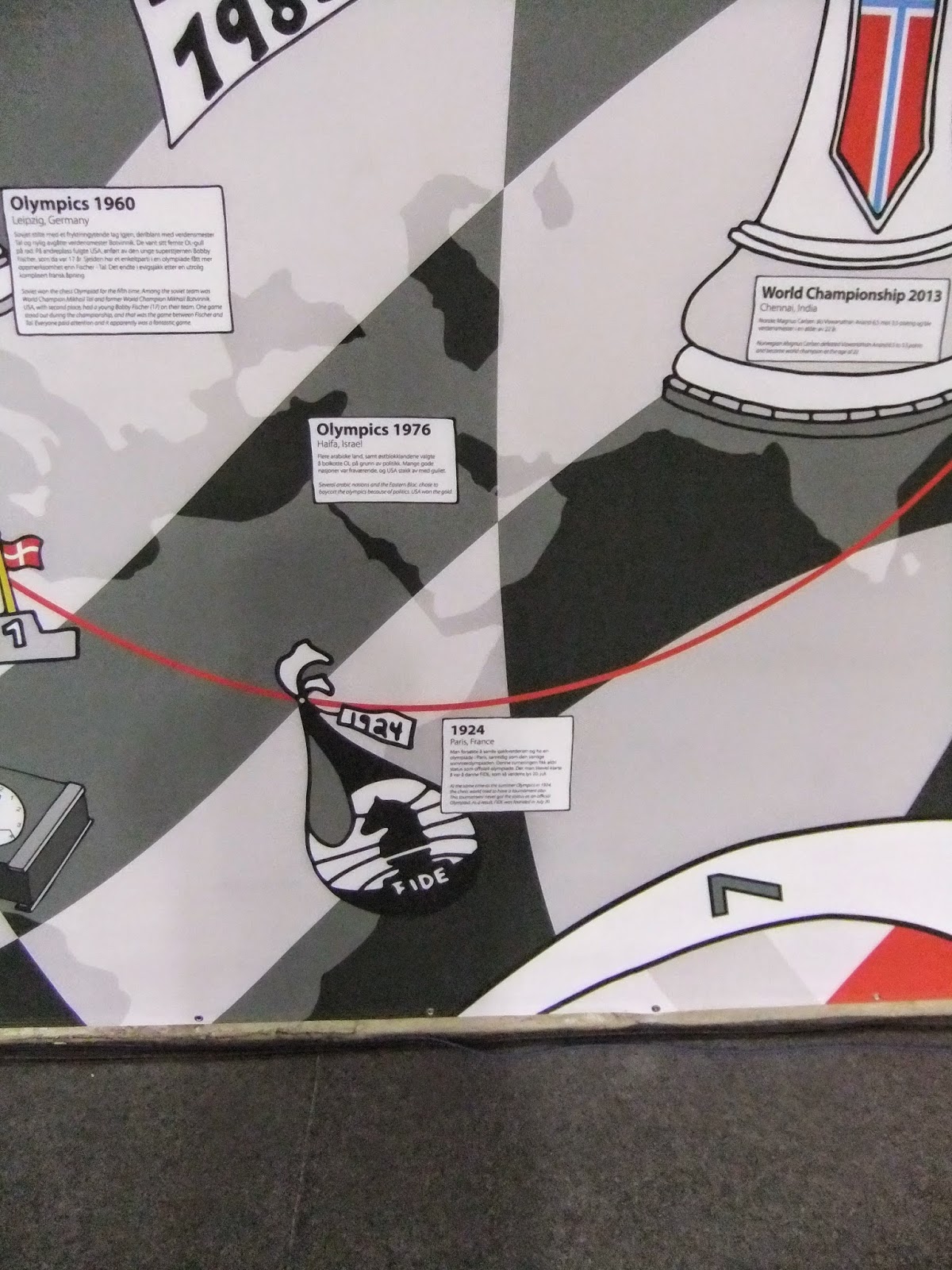 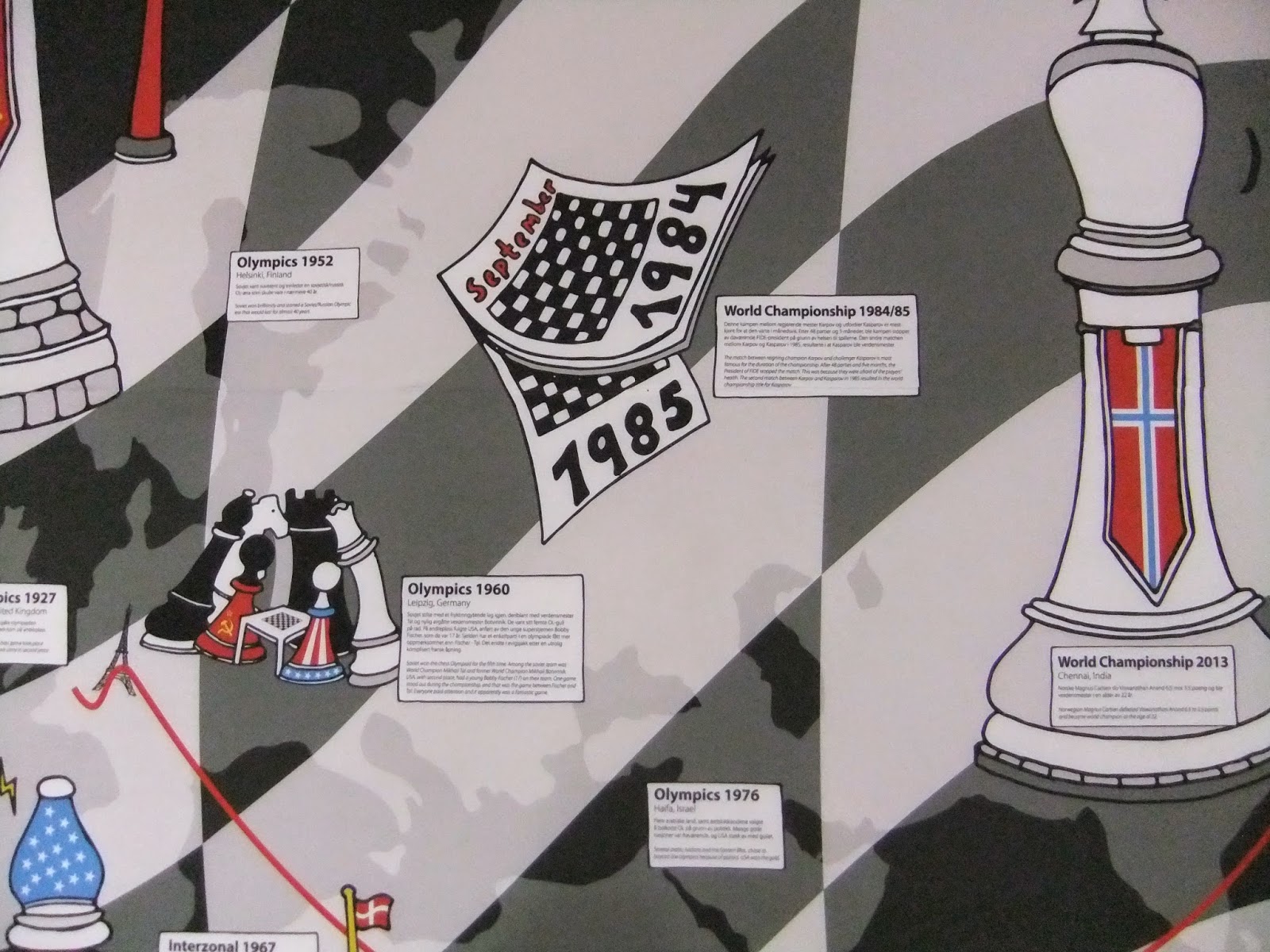 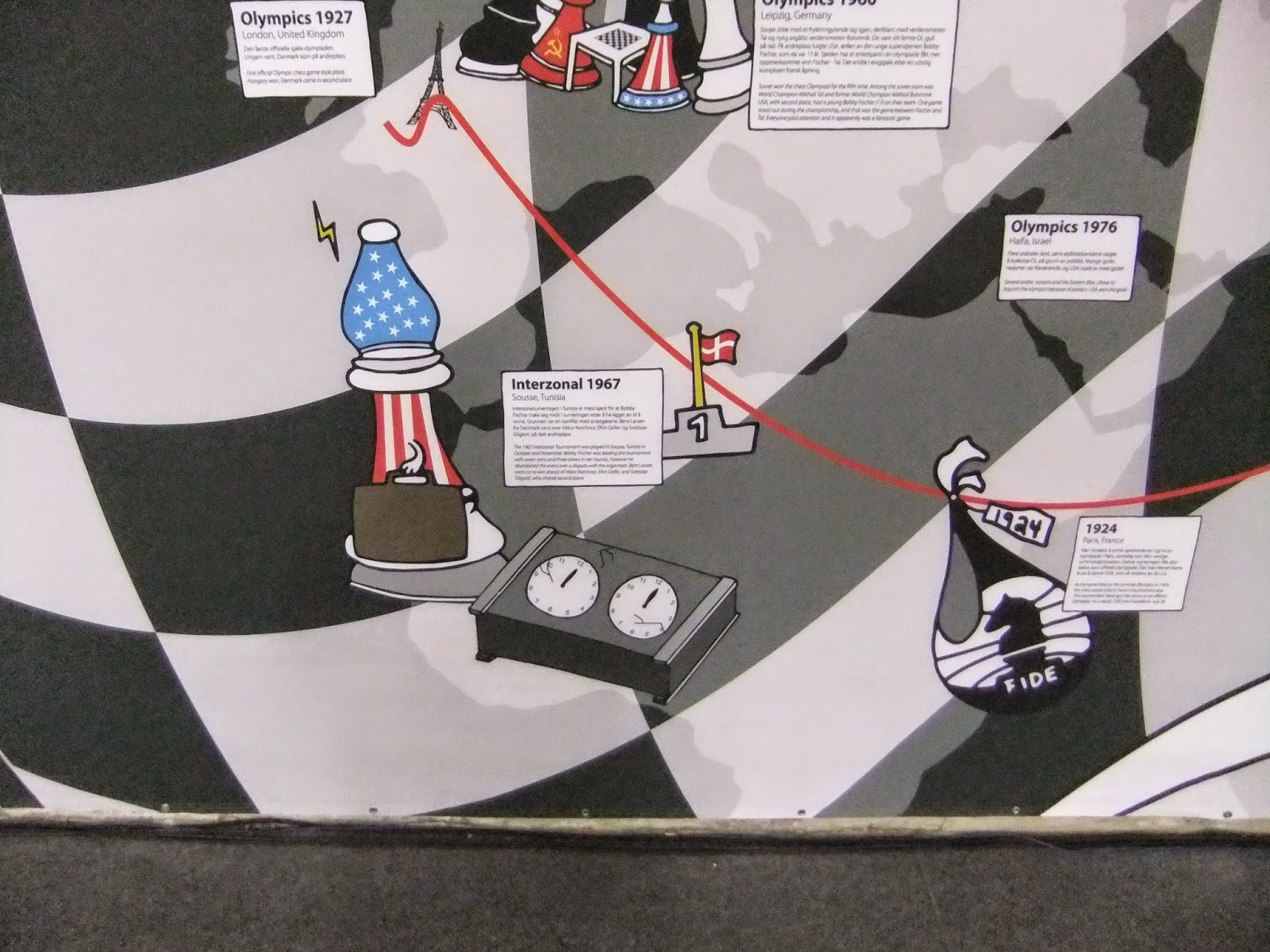 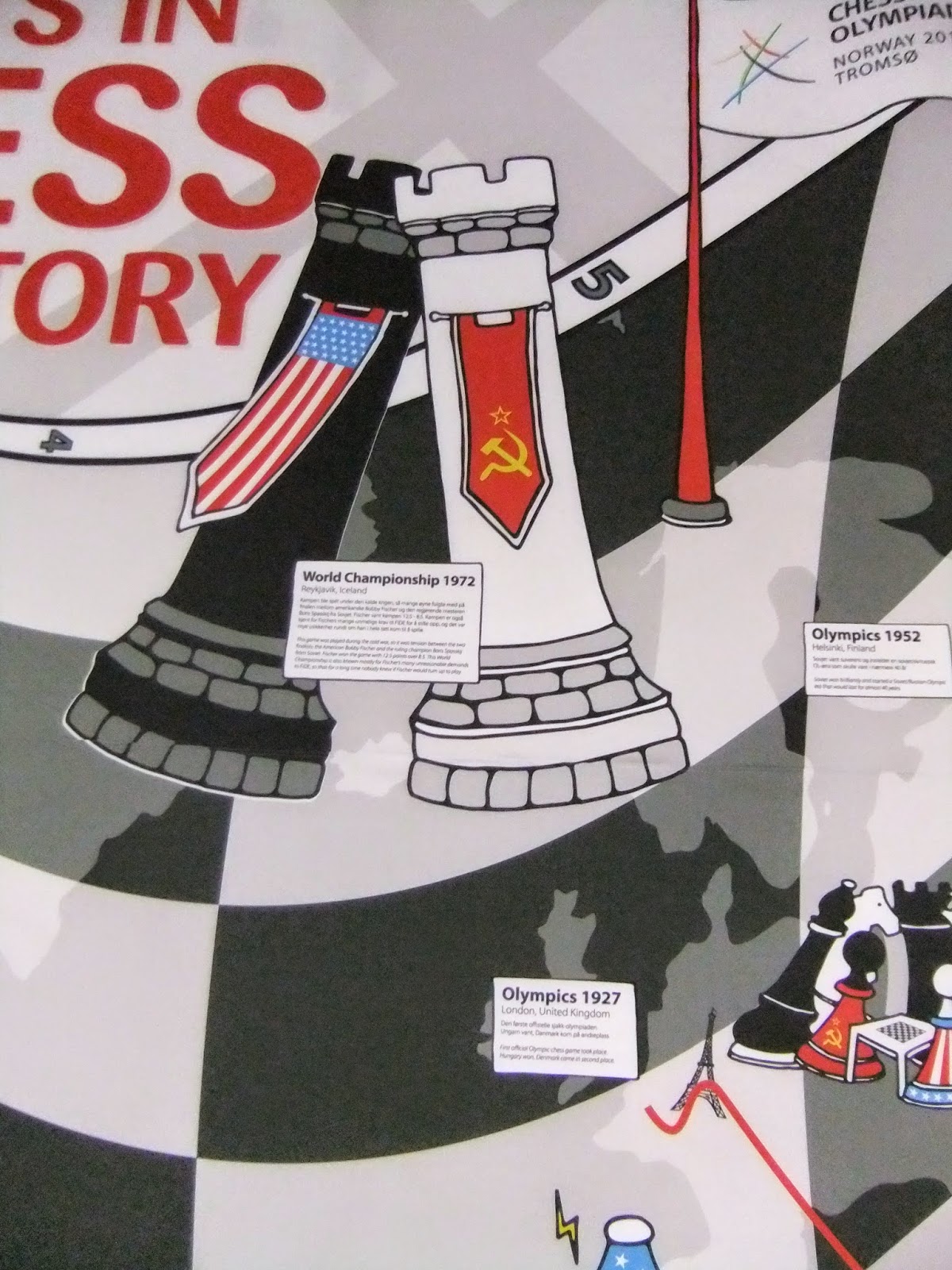 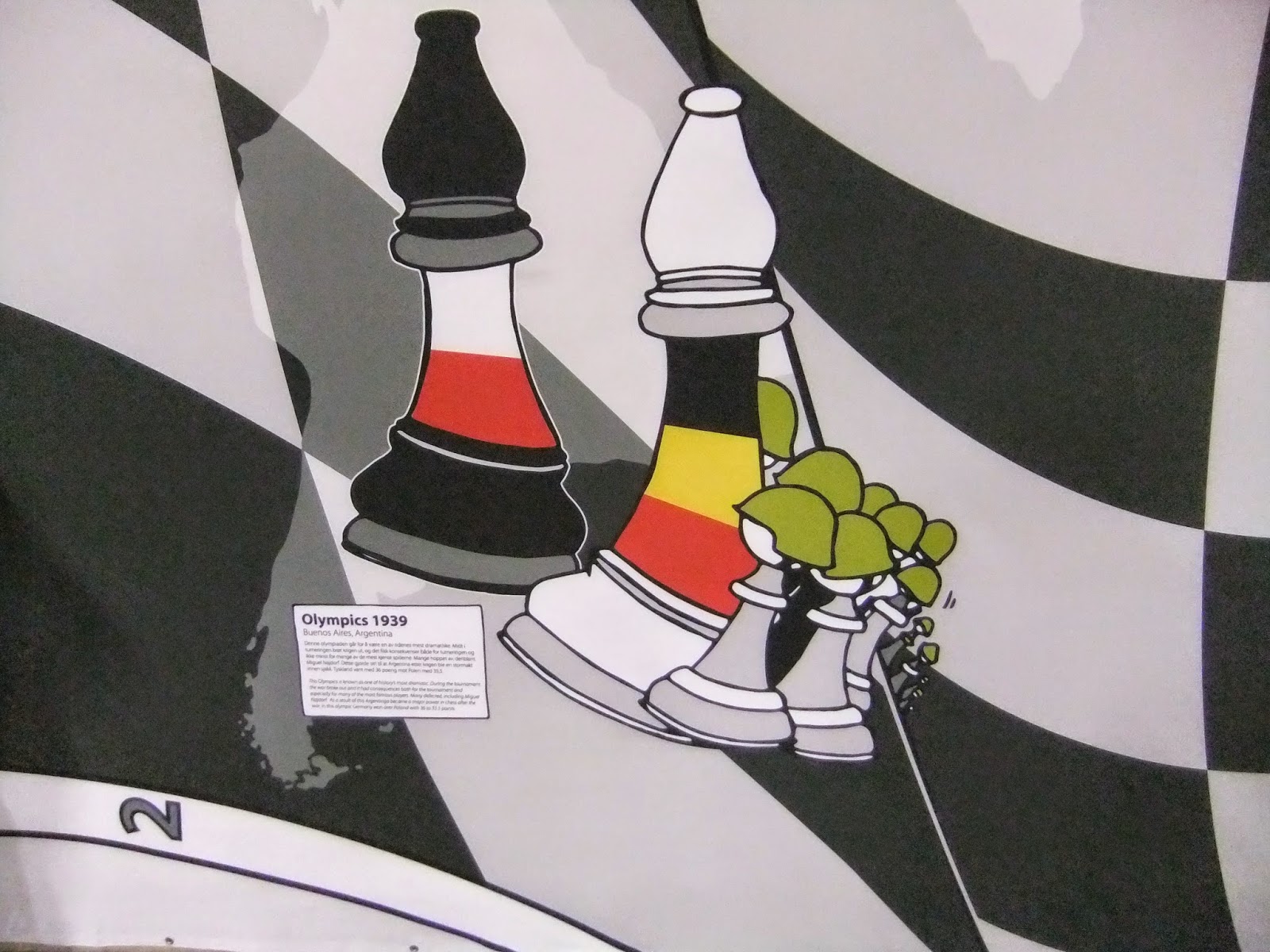 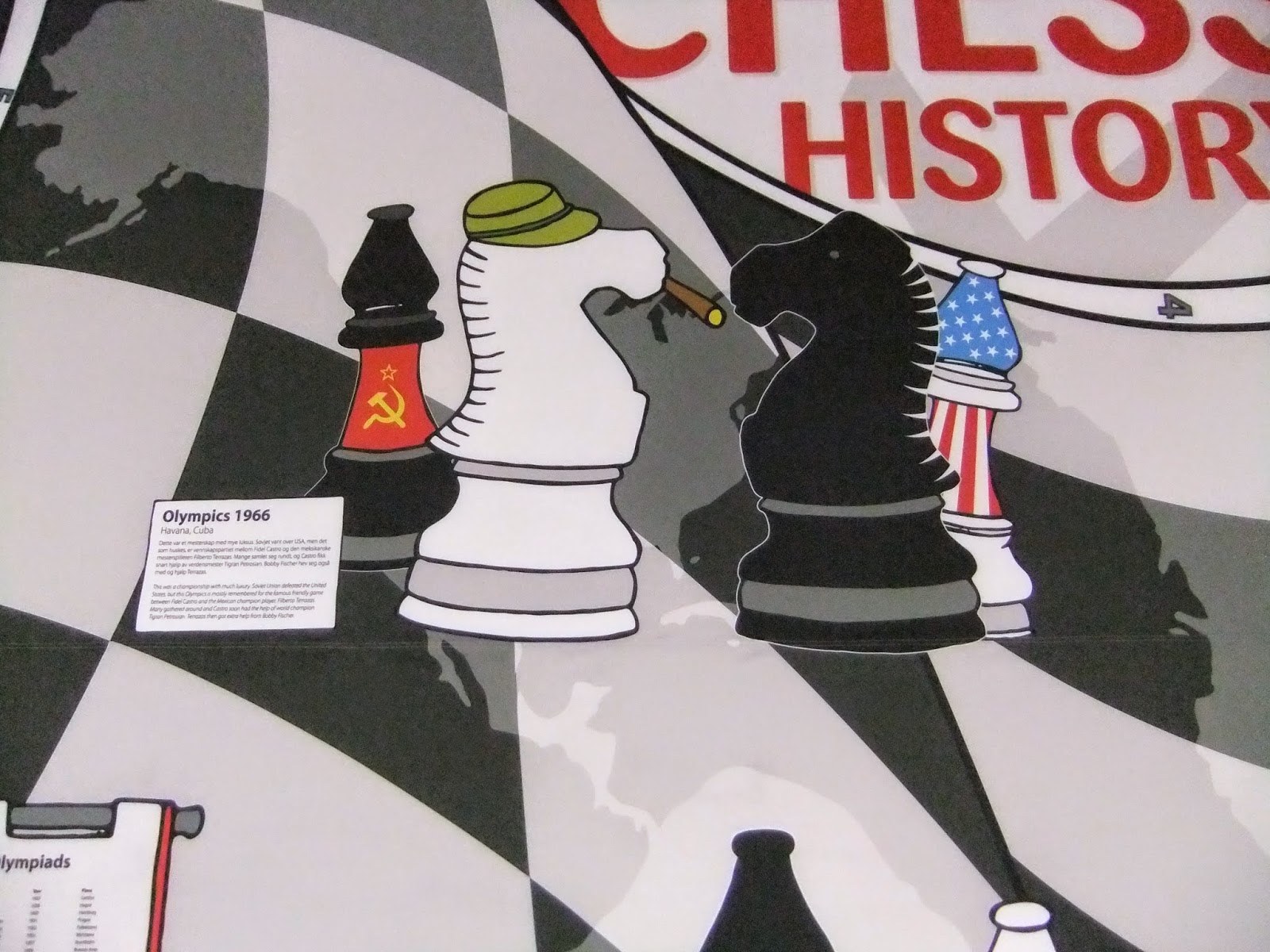 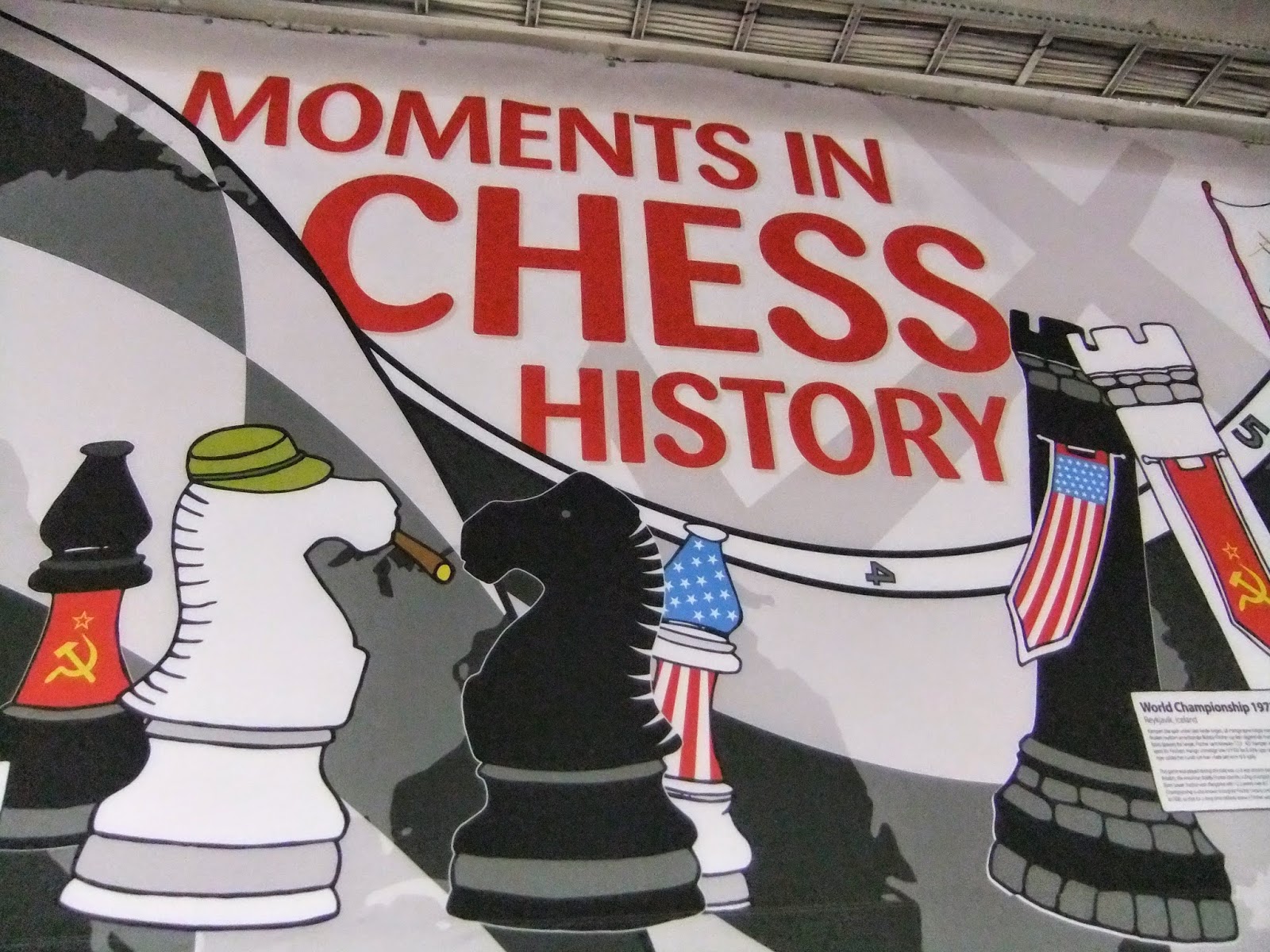 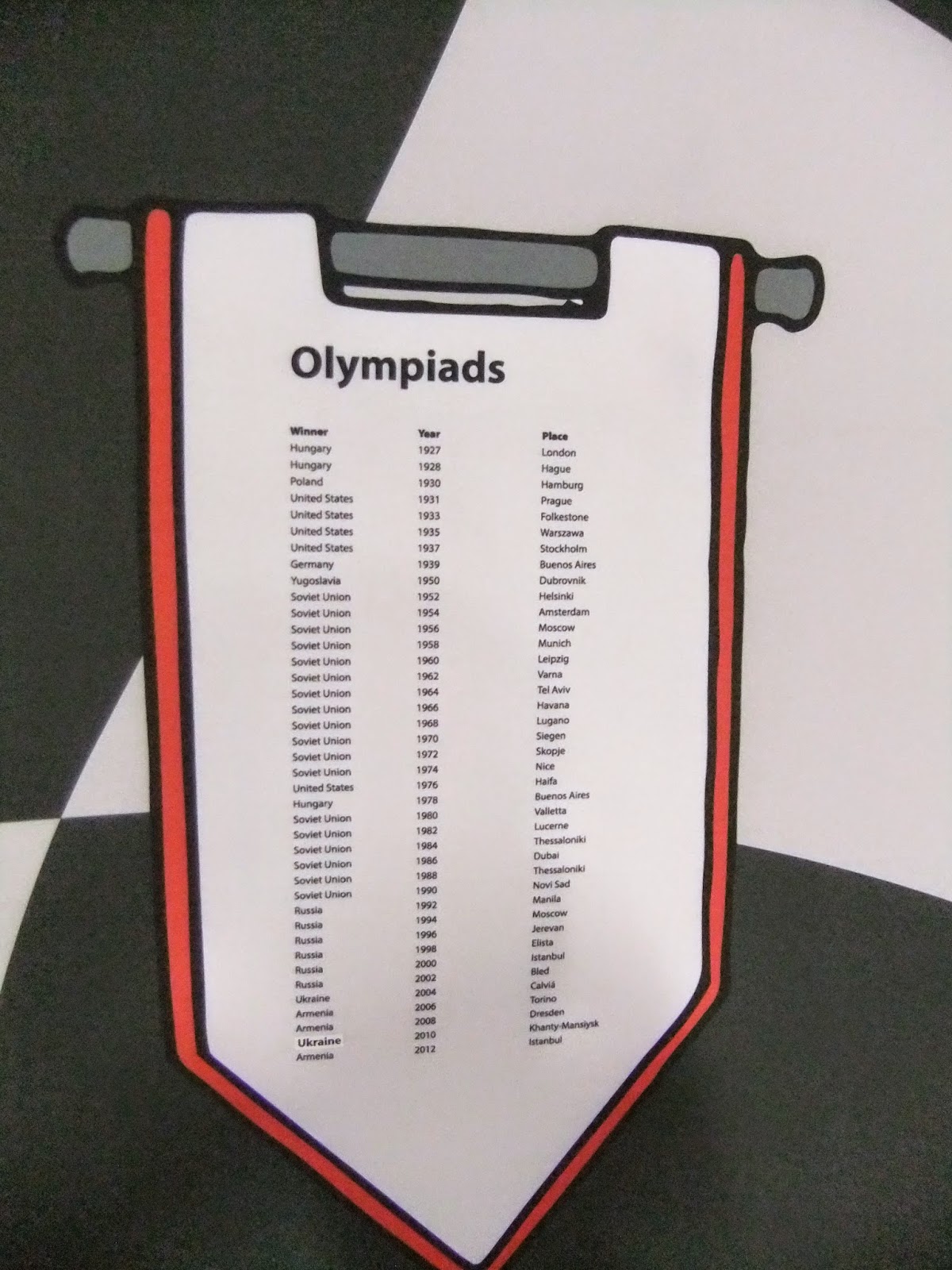 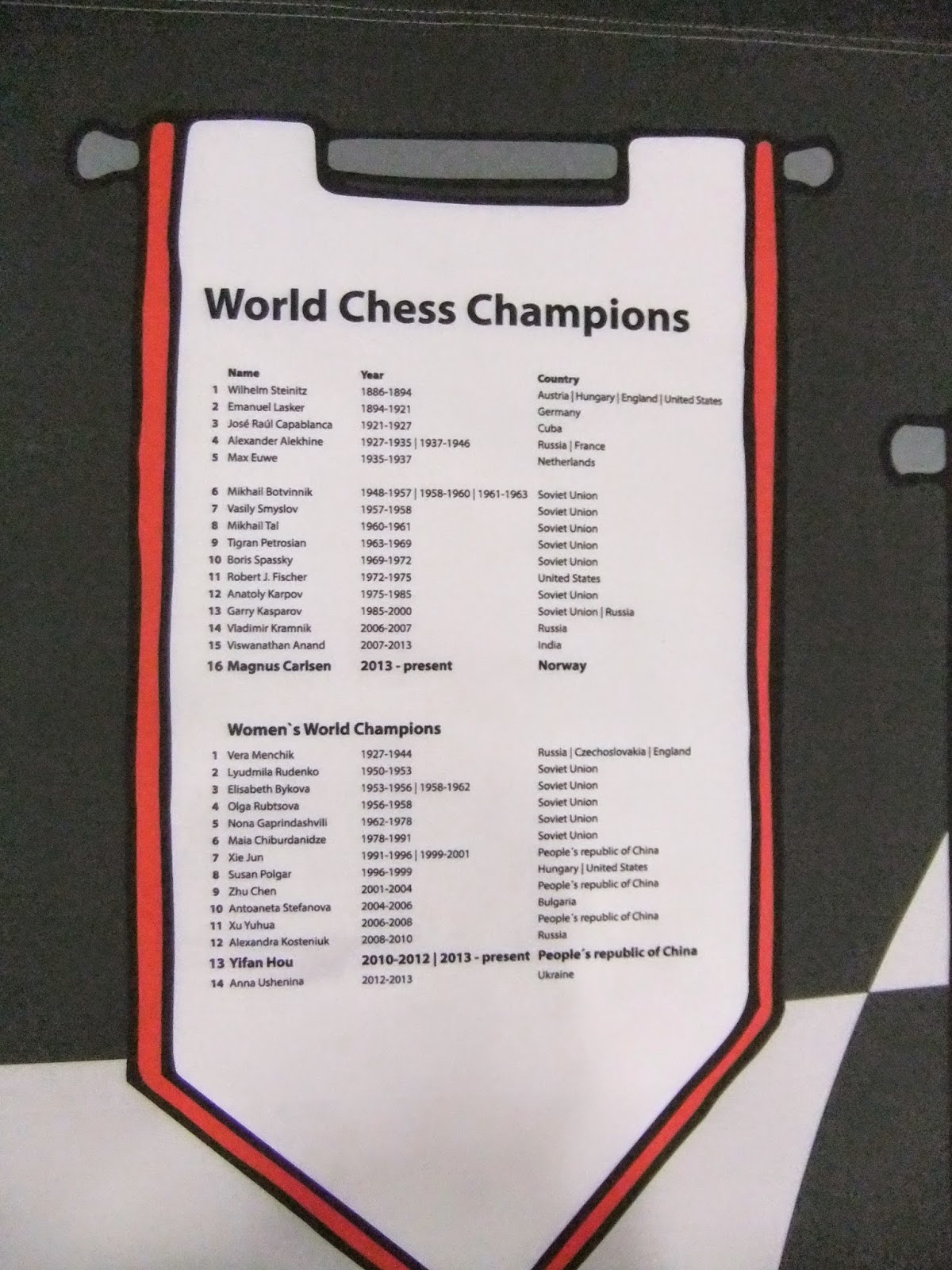