Today I returned to board 18 for the clash between Vietnam & Iran. Apart from board 1, the other boards were fairly closely matched on rating, so it promised to be an exciting match. All four games turned out to be decisive, with Vietnam winning the match 3-1, with the games on board 1 & 4 standing out for Game of the Round. On board 1 Quang Le managed to turn a fairly even looking queen & rook endgame to his advantage with a surprisingly effective attack on the king, while Huynh Nguyen played a Hedgehog Sicilian & once he managed to open the game up with d5, found a variety of tactical shots to ensure he grabbed the initiative & maintained it until the end of the game. 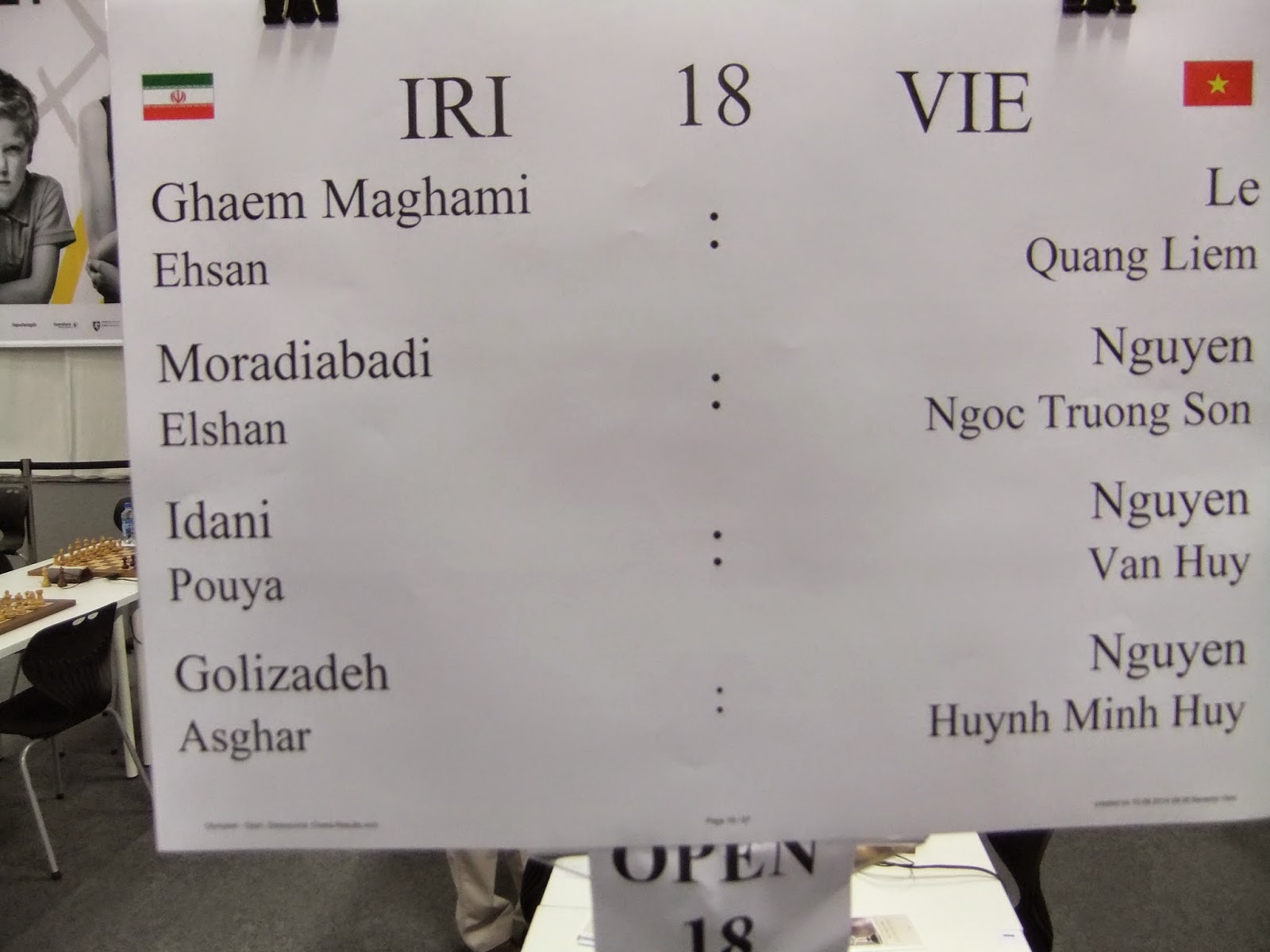 The matchups for board 18 today 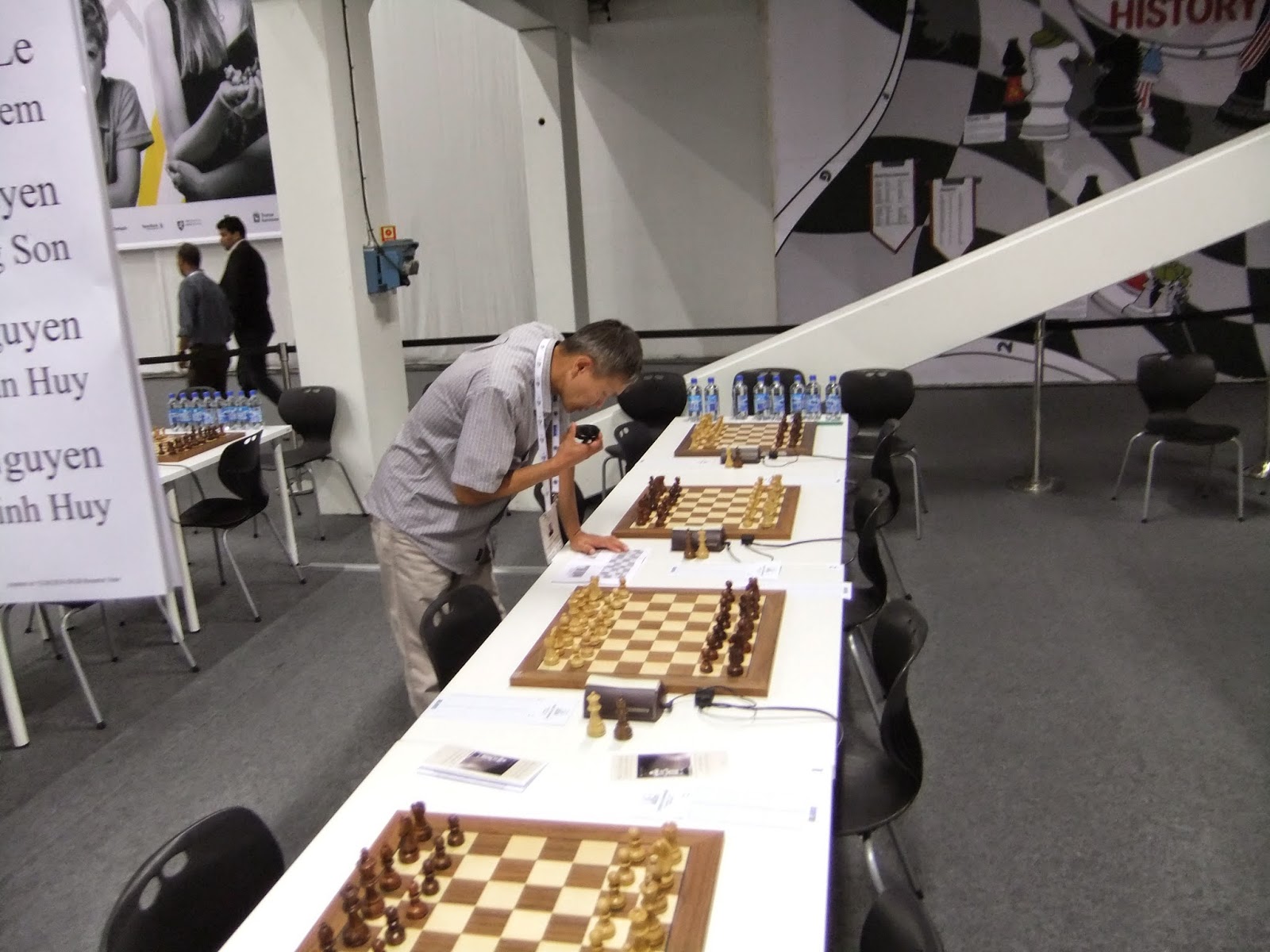 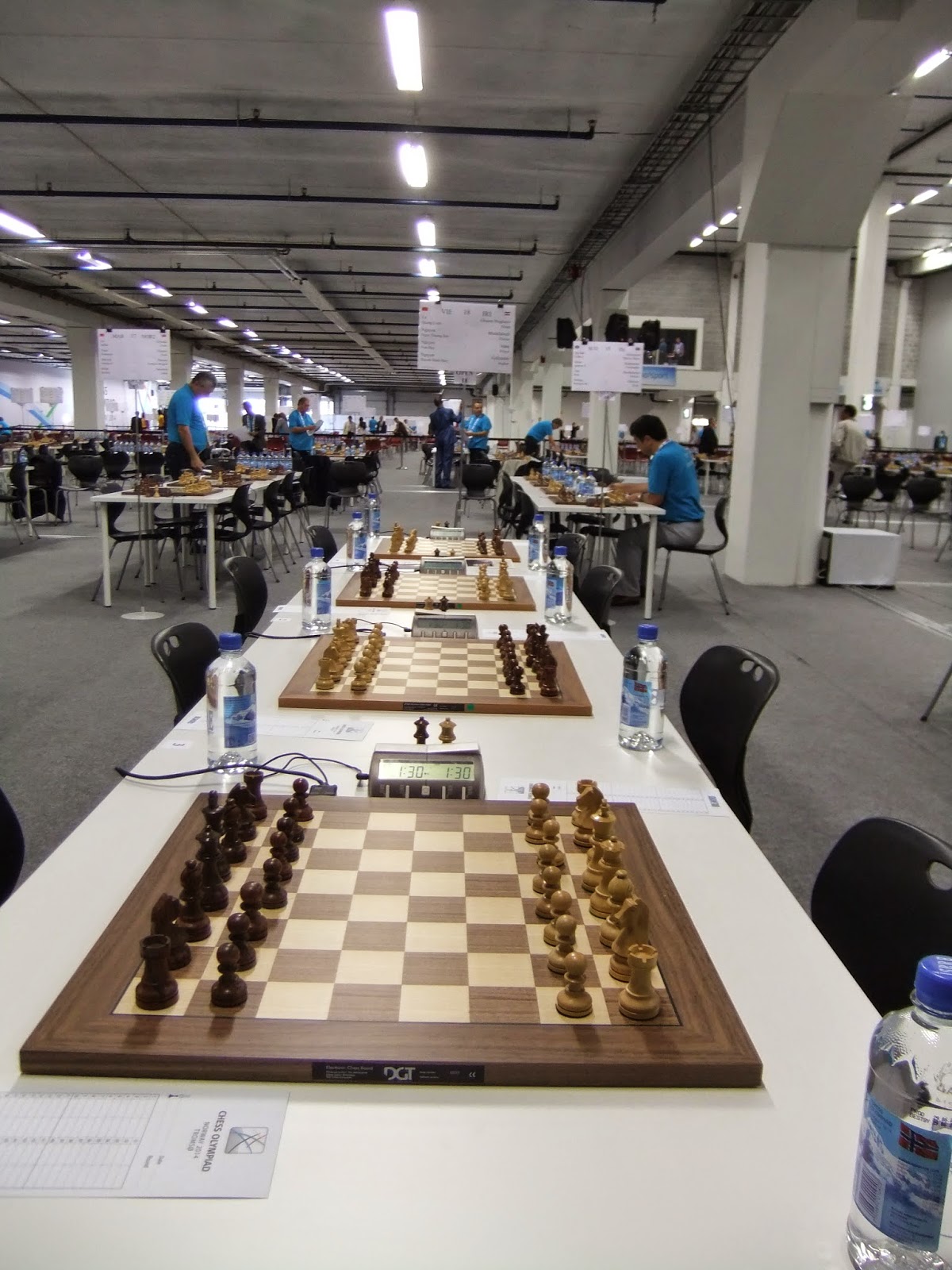 Board all ready for the players 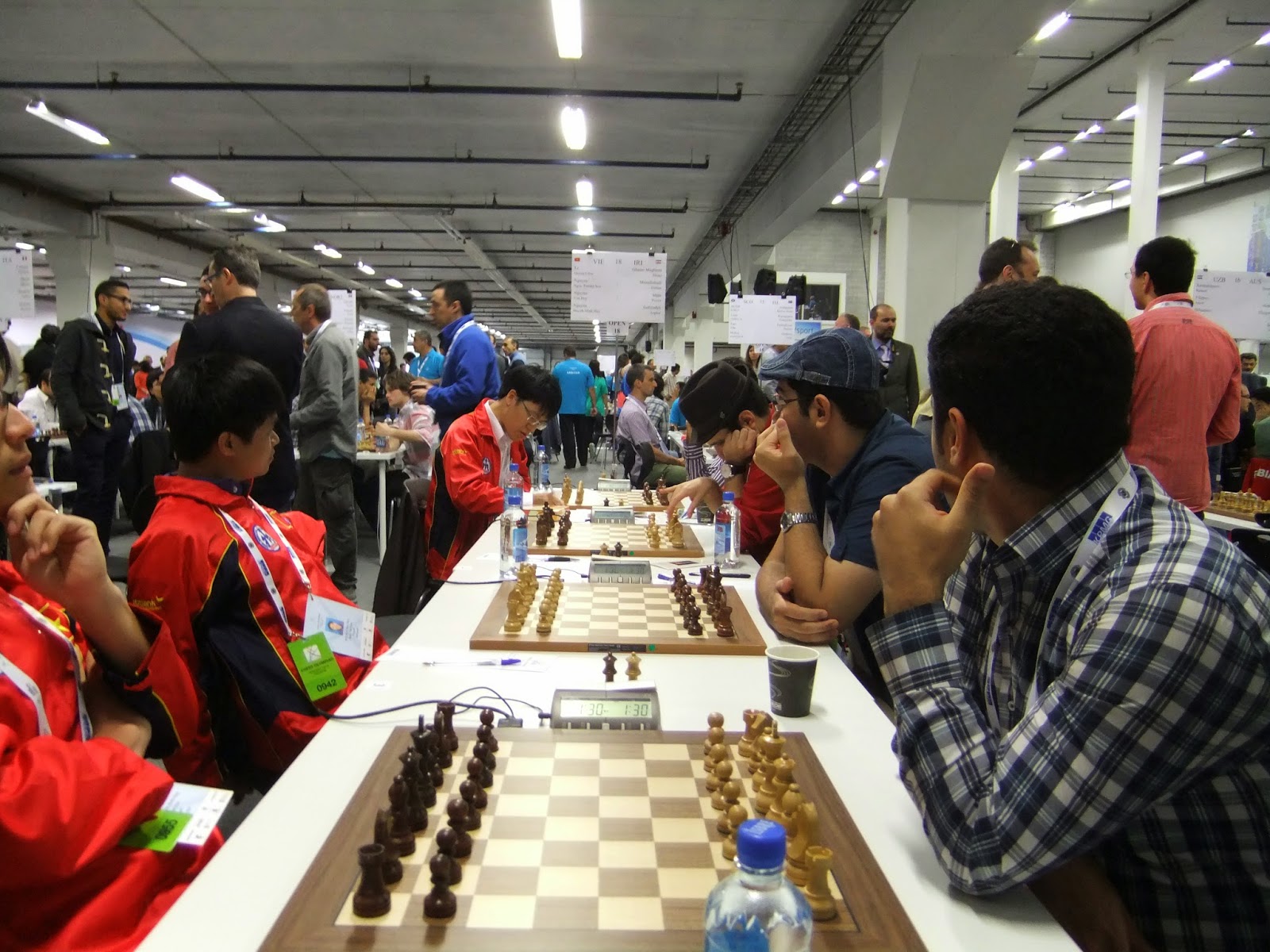 Also today with Australia's open team doing so well, they were playing on board 16, directly next to me, so I had a birds-eye view of  their clash with Uzbekistan. Although they ended up losing the match 3-1 (Moulthun & Max both drew, while David & Junta lost), they definitely had their chances & at different points may have been better on all three lower boards. 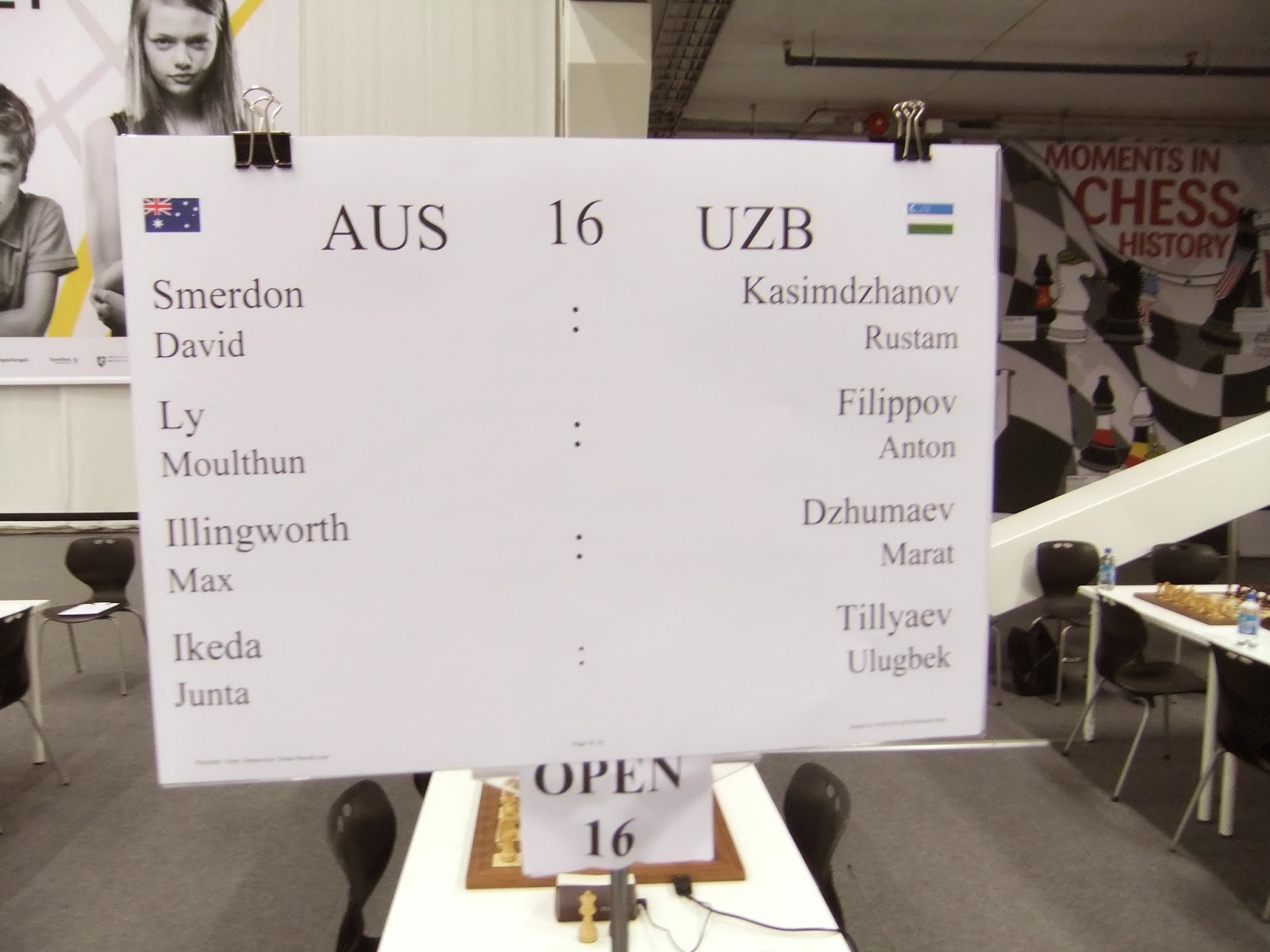 The tough assignment for the Australian team today 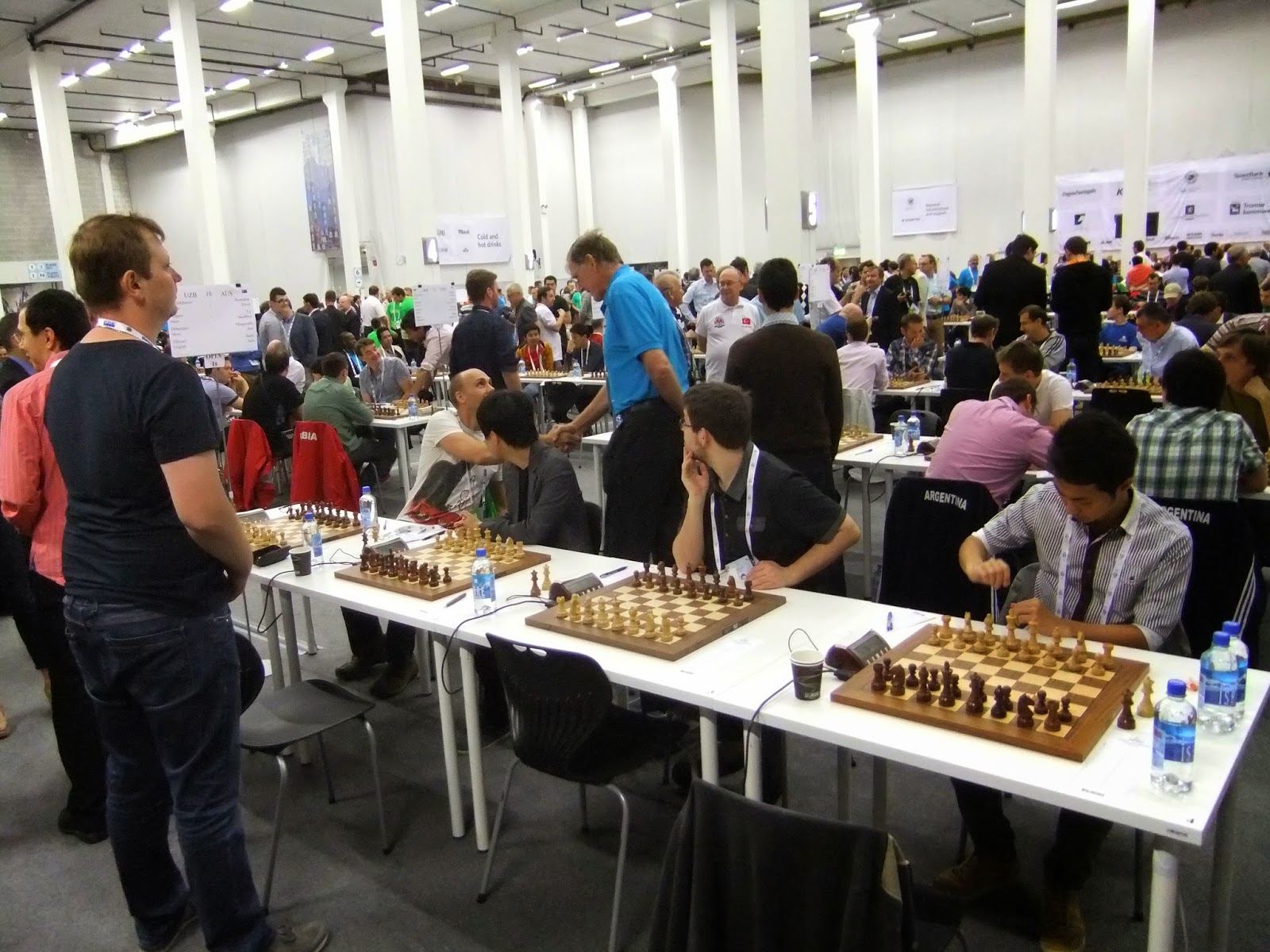 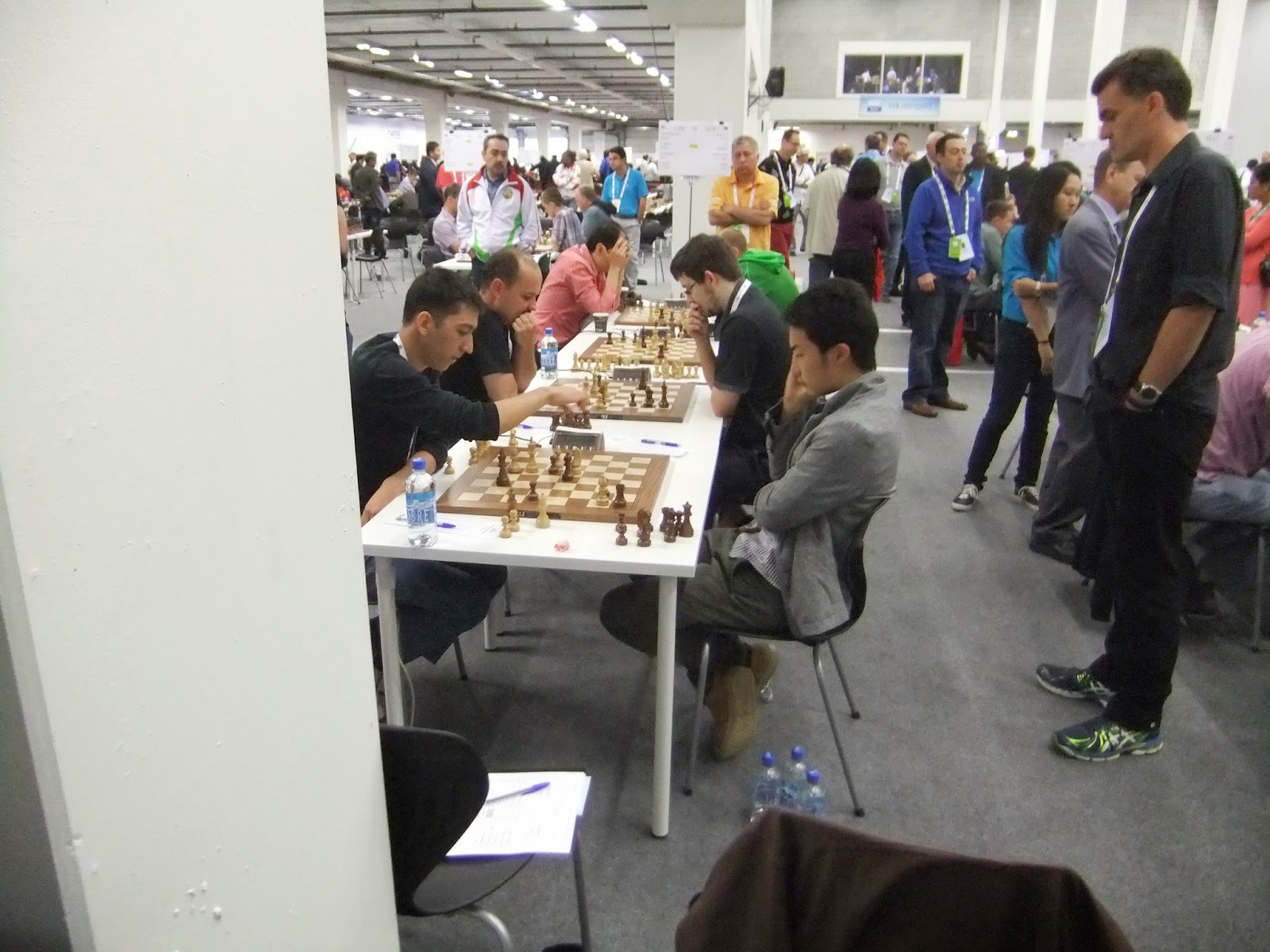 Fighting on late into the round, with team captain watching the games intently

Did you know ... Ukrainian GM Vassily Ivanchuk does things a little differently ... well if there was any doubt, he confirmed these suspicions during yesterday's match with Kazakhstan. Not once, but twice during the match he decided that he needed to wash his hands in the middle of the playing hall, so grabbed a bottle of water from his table, splashed water over his hands & proceeded to wash them in the playing hall in between the match tables. To make matters worse, he was rather liberal with his use of water, so there was a small puddle on the floor immediately after 'Chucky' had finished his cleaning routine! I was the arbiter for the adjacent match & when I saw this, simply looked at the arbiter for the match & we both shook our heads ... things definitely are done differently on Planet Ivanchuk!

I also discovered that in spite of the measures for keeping spectators away from games, there are still times when crowds gather around exciting games ... 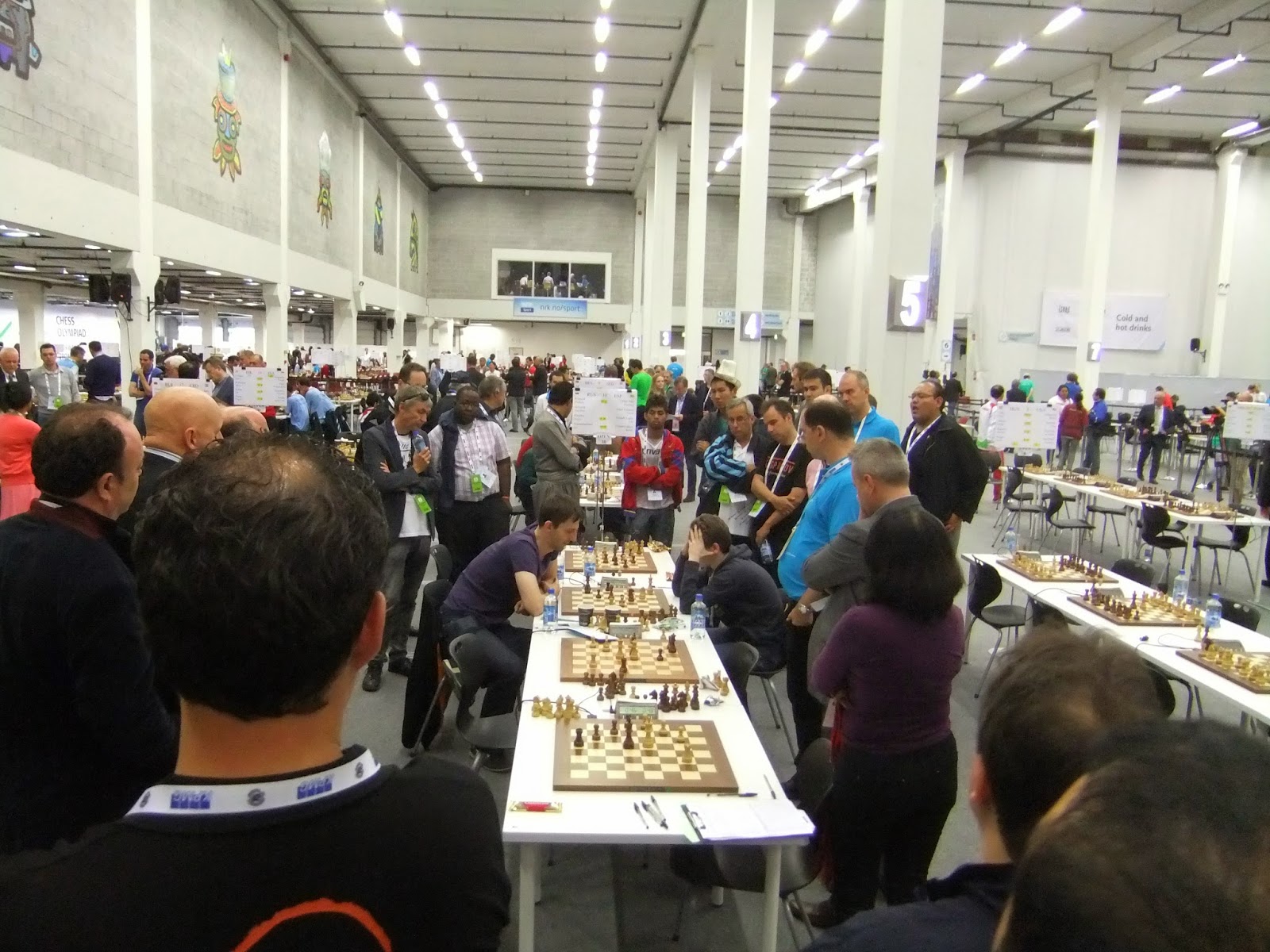 Here Grischuk has quite a crowd gathered to see the conclusion of his game (it ended in a draw, so the match between Russia & Spain finished tied at 2-2) 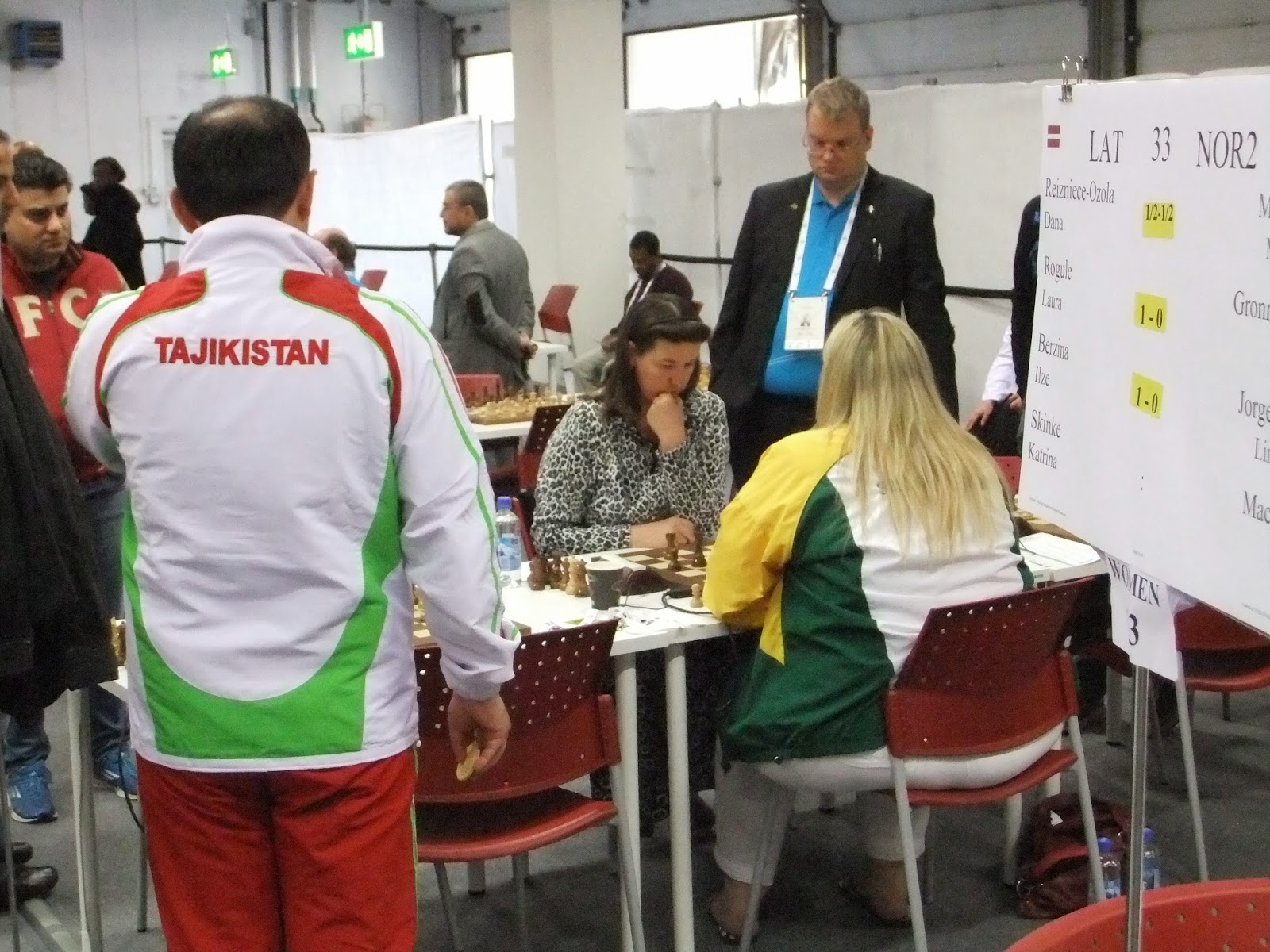 I had a request for a photo of the Lebanese women's team ... but this is currently the best I can do - board 2, WFM Elena Nekrasova in action late in the round against South Africa. I also noticed this spirited debate between Australian Women's coach GM Ian Rogers & an arbiter after the conclusion of Australia's match with Serbia (Serbia won 3-1). Although I am not sure of the exact details, it seems they were talking about the role of the Captain in the match & things the Captain is & is not allowed to do. I'll try to find out more about this in the coming days, but don't have anything to add at this stage.
Posted by MelbourneGamesCoach at 16:19

Email ThisBlogThis!Share to TwitterShare to FacebookShare to Pinterest
Labels: Arbiter, Chess Olympiad, crowds, Did you know, Game of the Round, Ian Rogers, Iran, Lebanon, Vietnam