The final round saw an unfortunate end to the 2014 Chess Olympiad, with Seychelles player CM Kurt Meier collapsing at the board & apparently dying later after medical staff were unable to revive him. Although I did not know Kurt, I spoke with Shaun Press & Stuart Fancy over dinner & they spoke highly of Kurt, having played against the Seychelles in Olympiads past. They also spoke of how he was now board 2 for his country, with his son playing on board 1 in Tromso, as well as his wife also being involved as an arbiter at this Olympiad. Obviously he was part of a family who loved chess, so it is with some sadness that this is how his life ended, but also comforting knowing that he was doing what he obviously loved in his last moments. 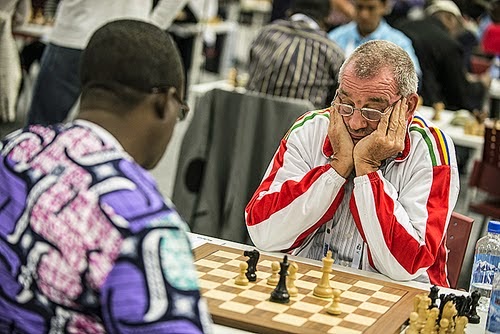 RIP. CM Kurt Meier at the Olympiad in Tromso (photo from thechessdrum.net)

Overall, the final placing for the Open division were China 1st, Hungary 2nd & India 3rd, while in the Womens Russia were 1st, China 2nd & Ukraine 3rd. 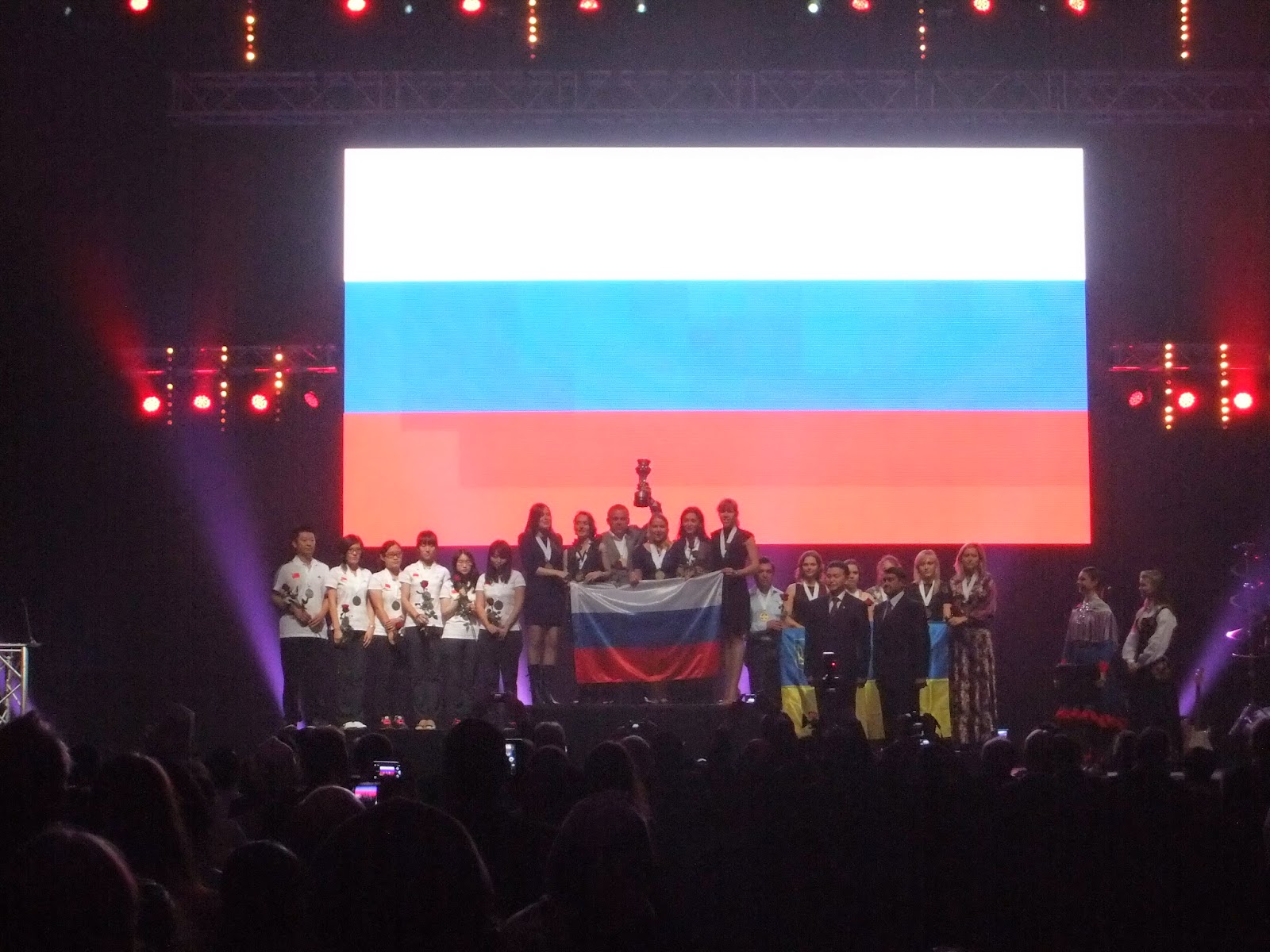 I have an early morning flight out of Tromso & am basically commuting for the following 30 or so hours, so am not sure exactly when I will get around to doing a full Day 18 post, as well as a review of the Olympiad as whole, but they will appear here eventually!
Posted by MelbourneGamesCoach at 16:08