The Australian Chess Championship has continued over the last few days & has now seen the first 7 rounds completed. Apologies for the lack of updates here in the last few days, but things have been rather busy from my perspective & unfortunately blogging is a bit down the list of priorities.
The schedule adds to the workload for arbiters, with day 4 being a double round, with rounds starting at 10am & 4pm. The 'rest' day is anything but, with the ACF national conference (starting at 9:30am) immediately followed by the Australian Blitz Championships (which I was chief arbiter of), which is then followed by an ACF executive meeting, which finished around 9:30pm. Added to that is my hour commute from my home to the venue each day (and another hour long return trip each evening), which mean that most of my work has to be completed at the venue & I don't really want to stay at the venue longer than I need to.

As far as results are concerned, GM Vasily Papin, IM Moulthun Ly & IM Bobby Cheng lead the Championships, FM Doug Hamilton is leading the reserves & Calixto Dilag leads the Challengers, but there are plenty of others who are following close behind & looking to catch up & overtake these leaders before the tournaments finish. For full details, see the Official Website.

Anyway, over the final few days, I hope to be able to get some interviews with people involved in the tournament, similar to my earlier interview with tournament organiser Dusan Stojic. I'll try to get players from all events if possible, but suspect my main focus will be on those in the Championship. I'd also like to get some content about the people who are behind-the-scenes, but are vital to the running of the event. I'll see how successful I am in doing this in addition to my other tasks.
I've also got a few ideas about future blogs during the Championship, outlining some of the issues faced & how I dealt with them ... whether they were handled correctly or as best as possible might be a slightly different story though ...

Anyway, as a quick comparison, here are two photos I have taken from the arbiter's table - the first during a round of the regular Championship & the second towards the end of a round of the Blitz ... see if you can spot the differences ... 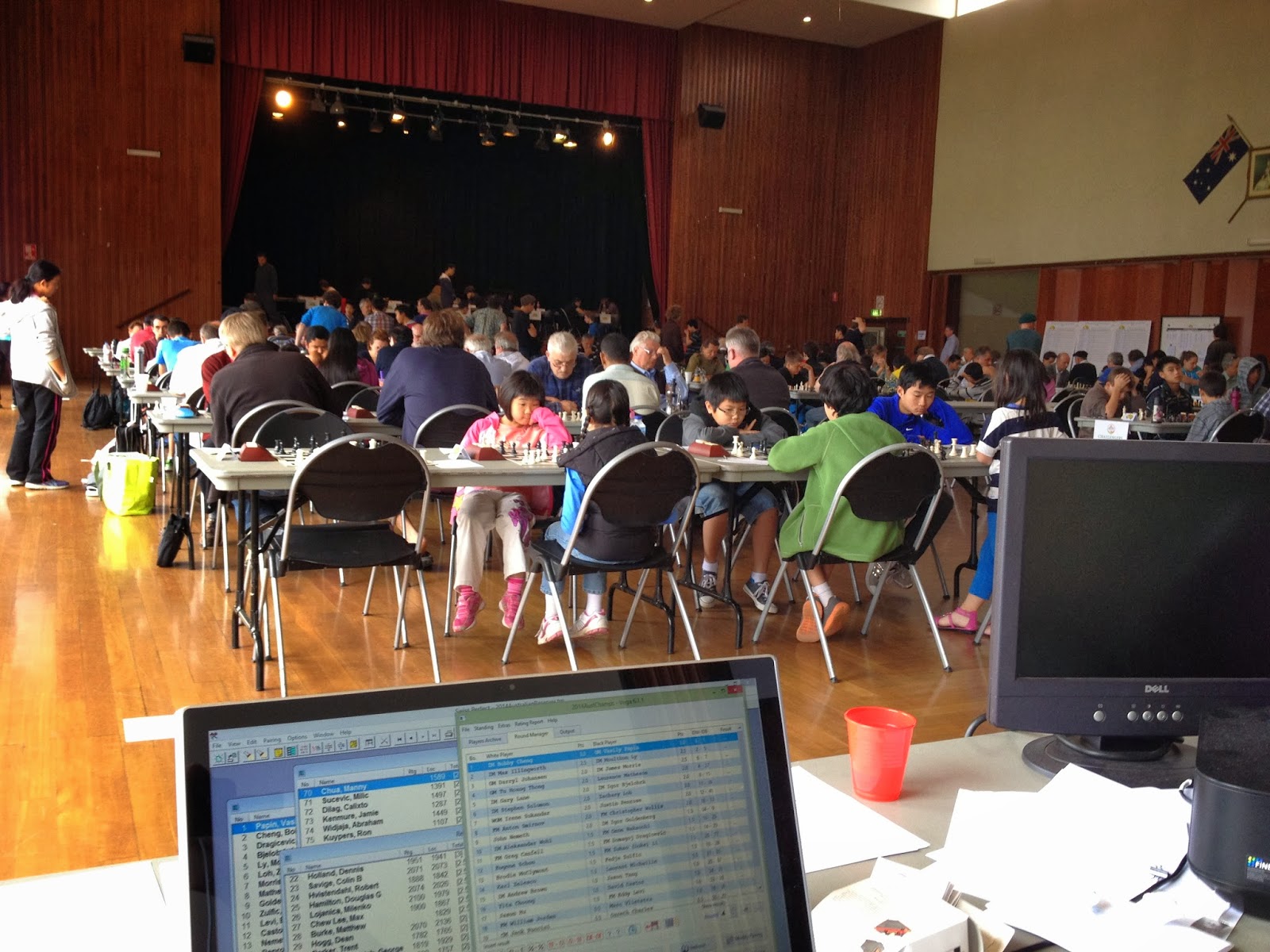 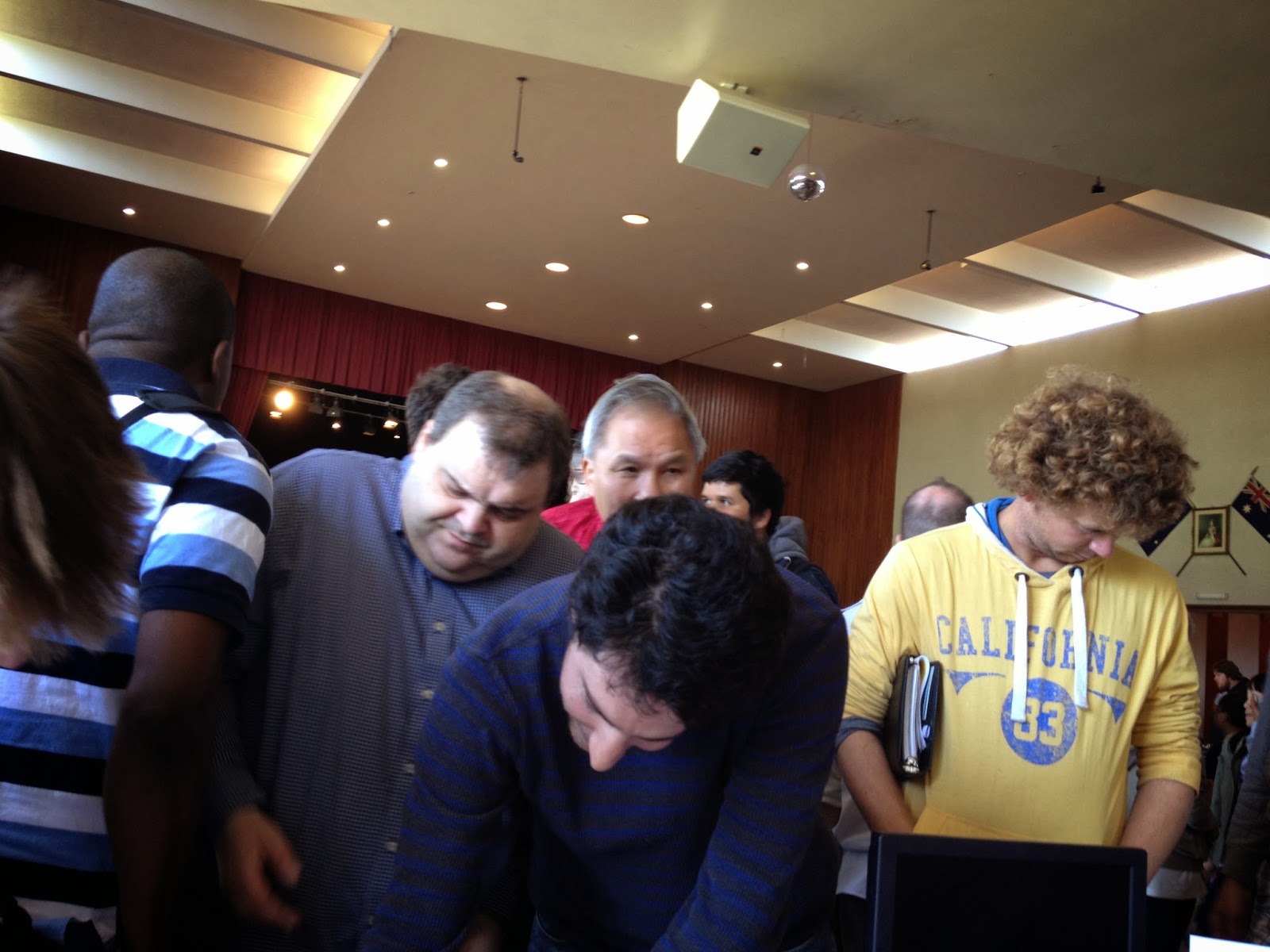 The Blitz provided its usual share of thrills & spills, with GM Tu Hoang Thong winning the event with 9/11. The title of Australian Blitz Champion was decided after a three-way playoff between IM Bobby Cheng, FM Anton Smirnov & Brodie McClymont. They each played one game against the other, with Bobby scoring 1.5, Brodie 1 & Anton 0.5 (the only win was Bobby over Anton & the other two games were drawn). Full results can be found of the Official Website.

In addition to my arbiting duties, I had my camera handy & took a few photos during the tournament: 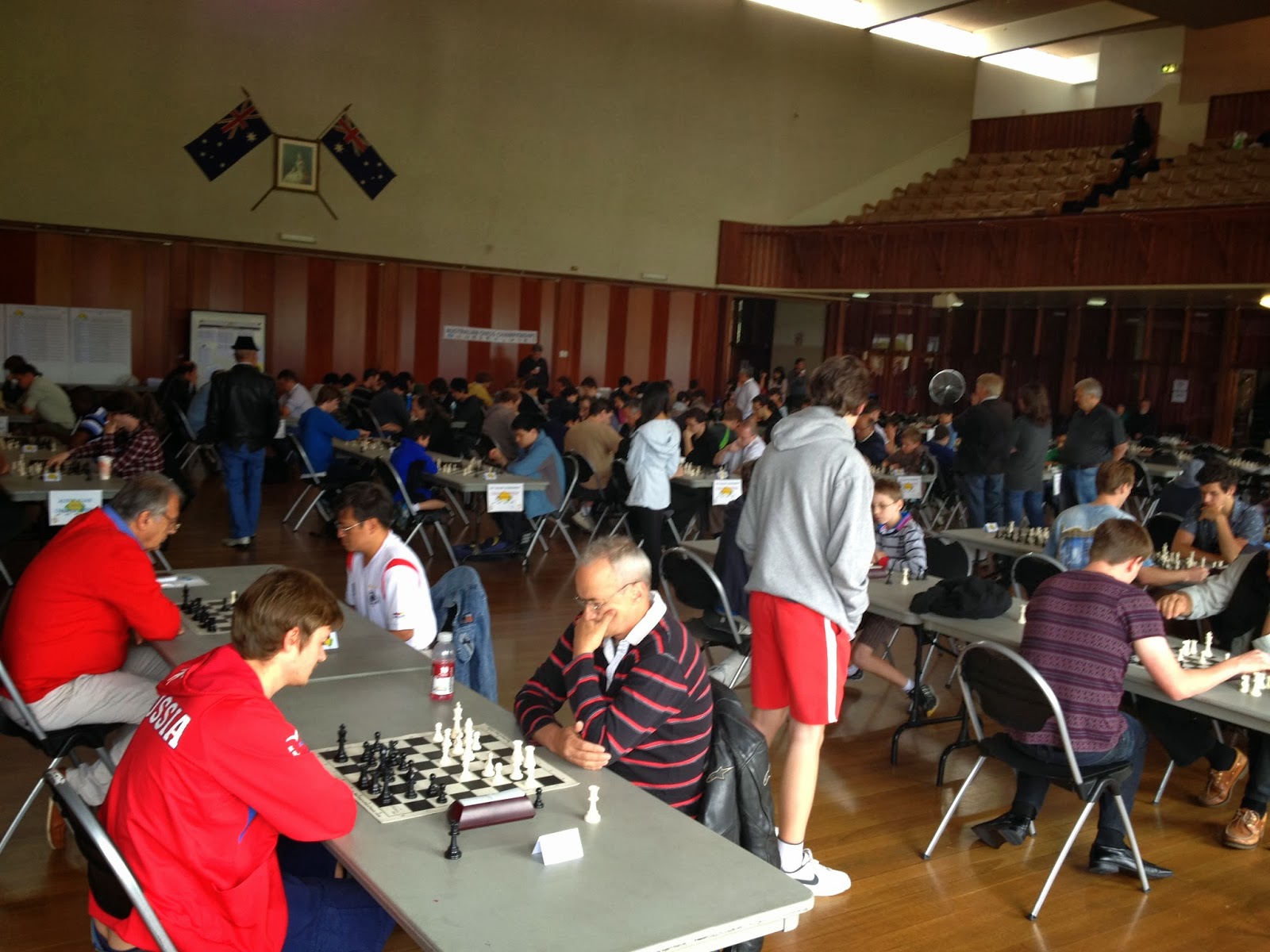 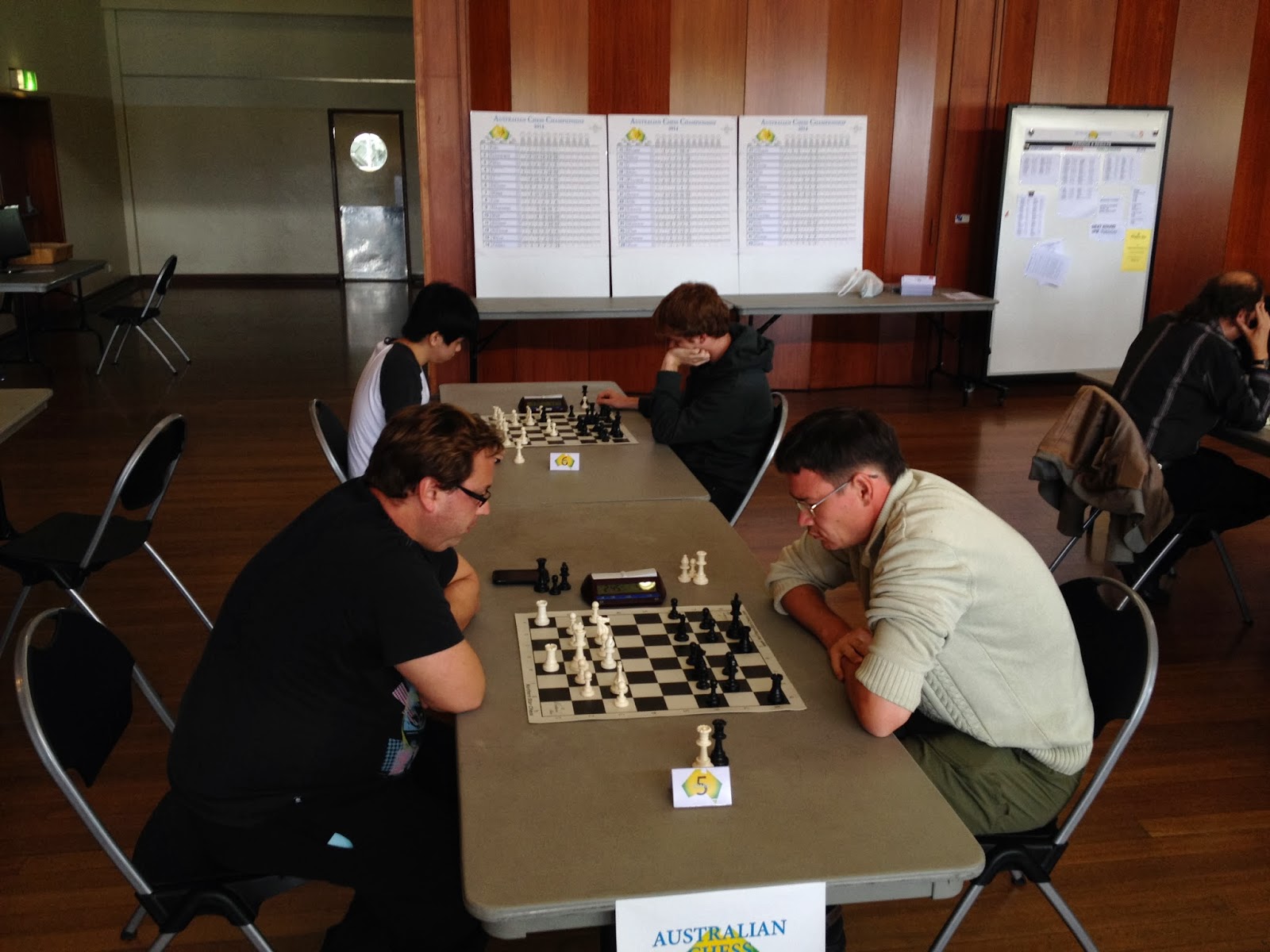 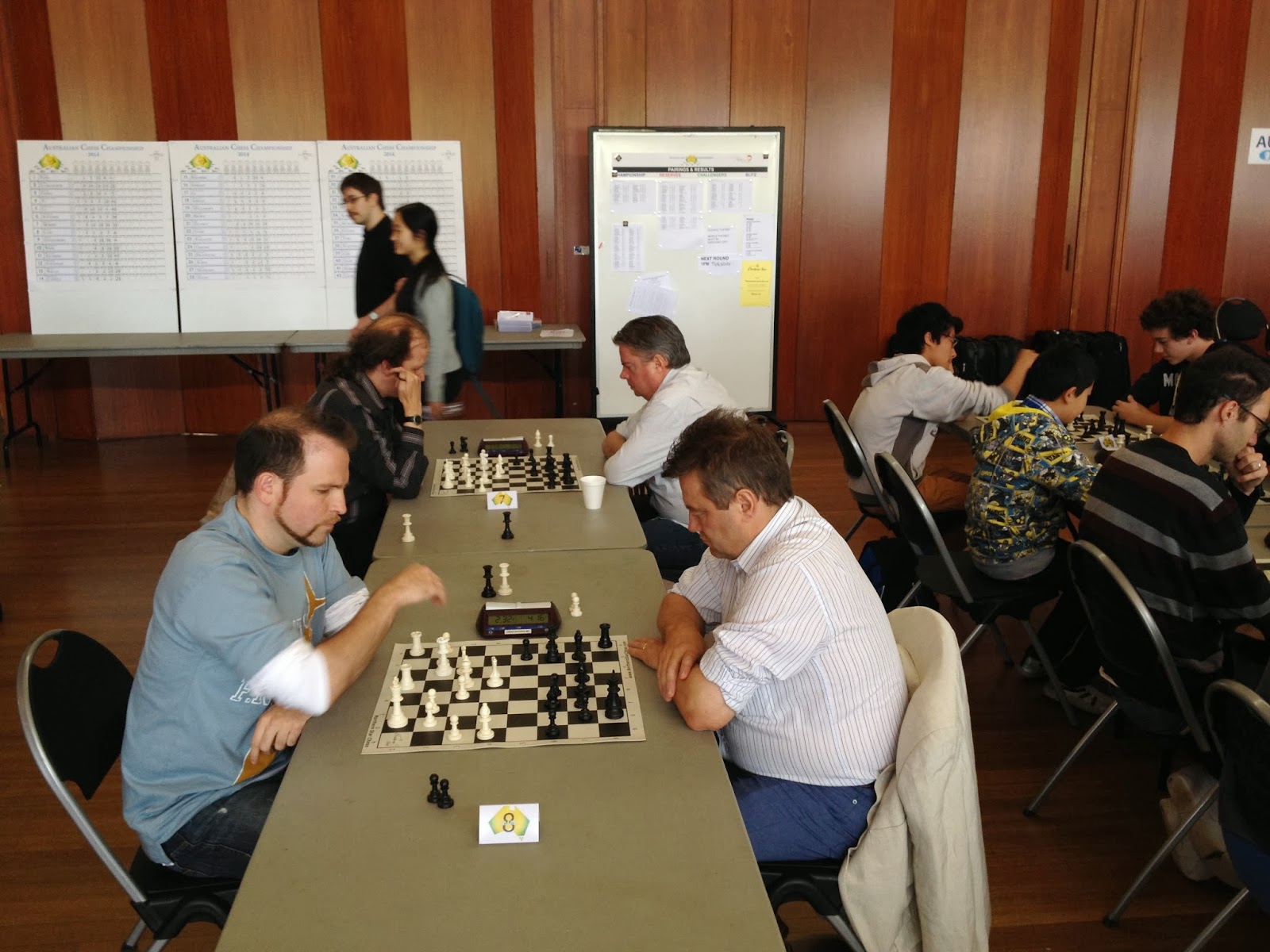 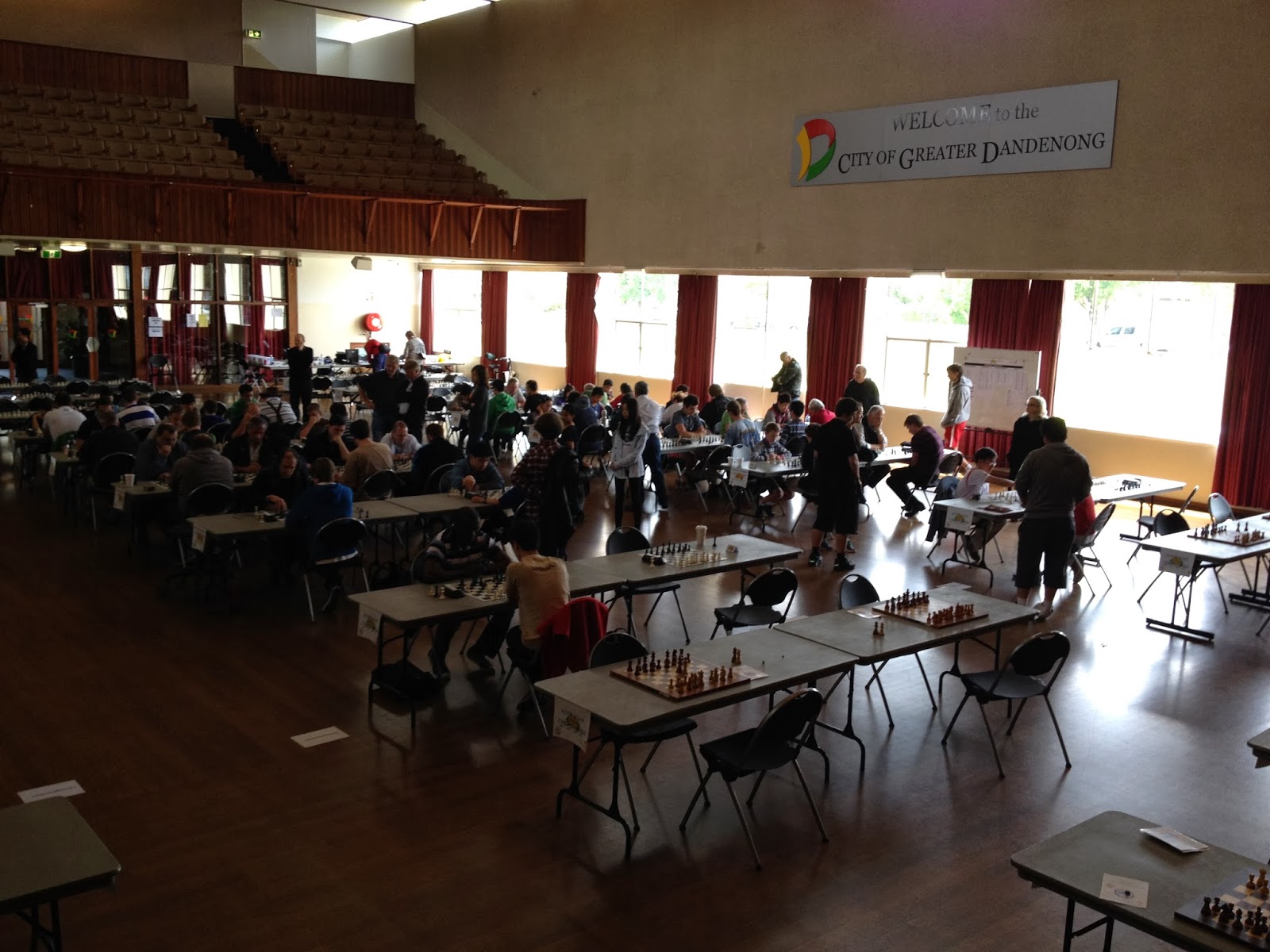 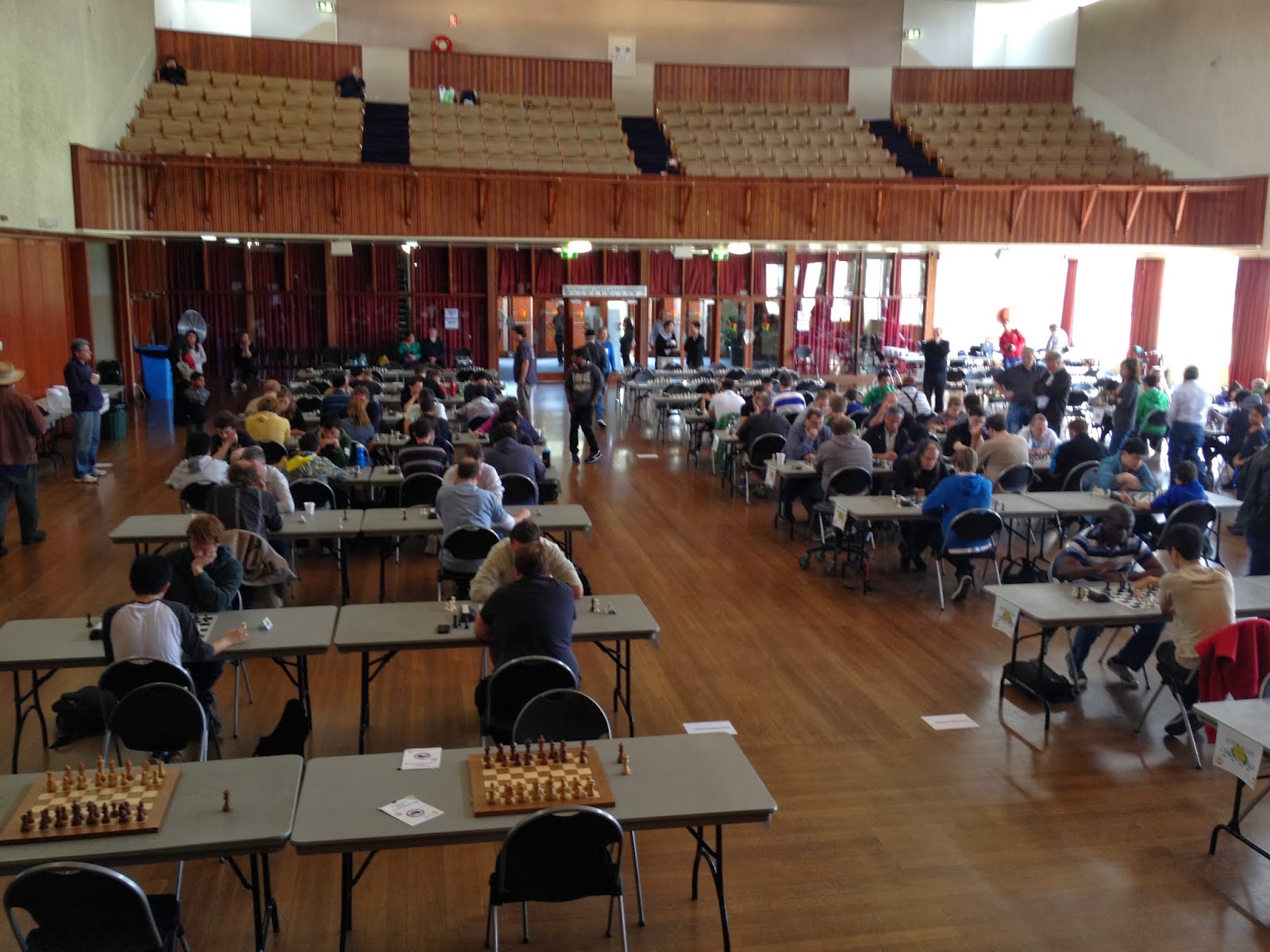 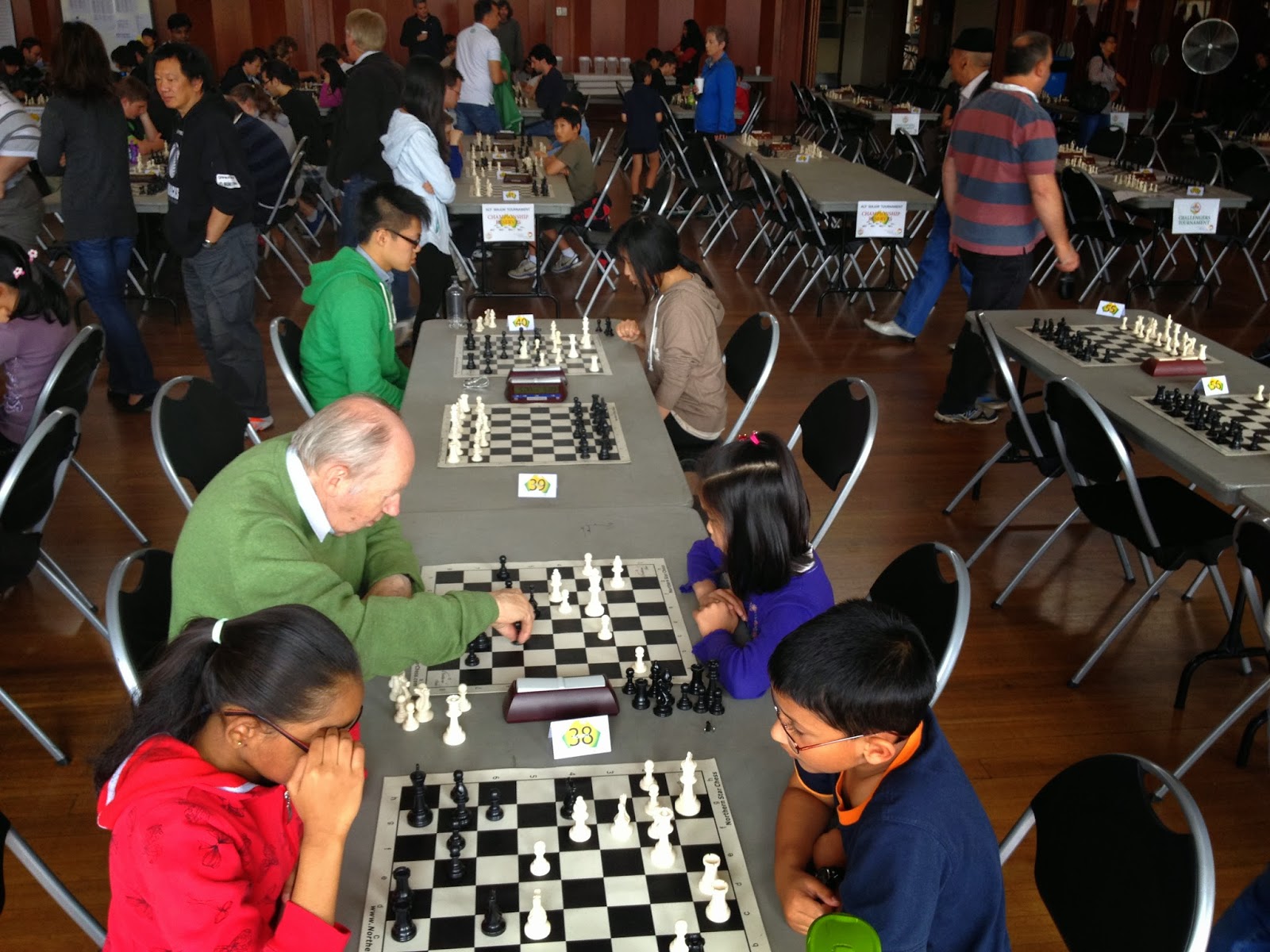 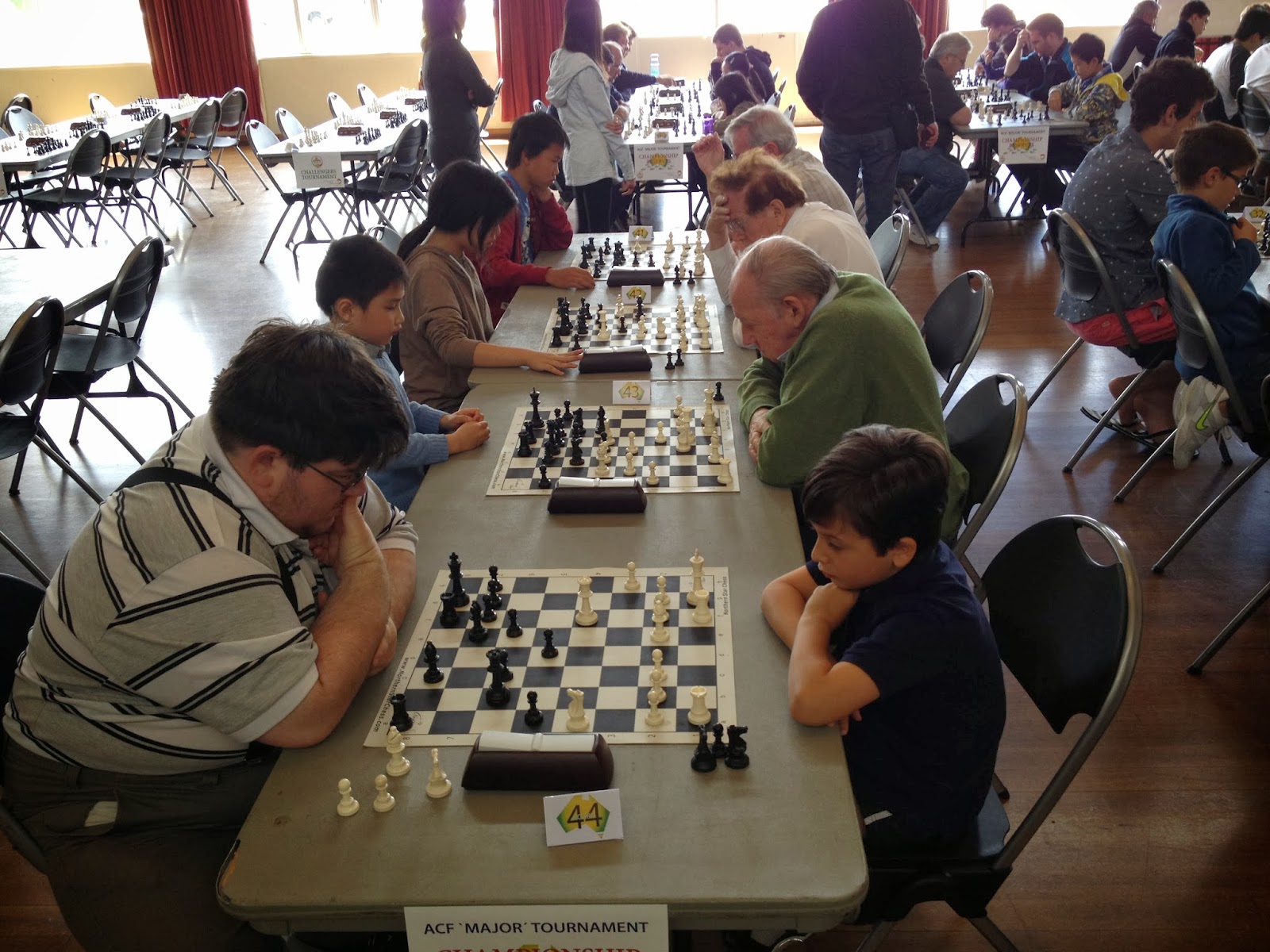 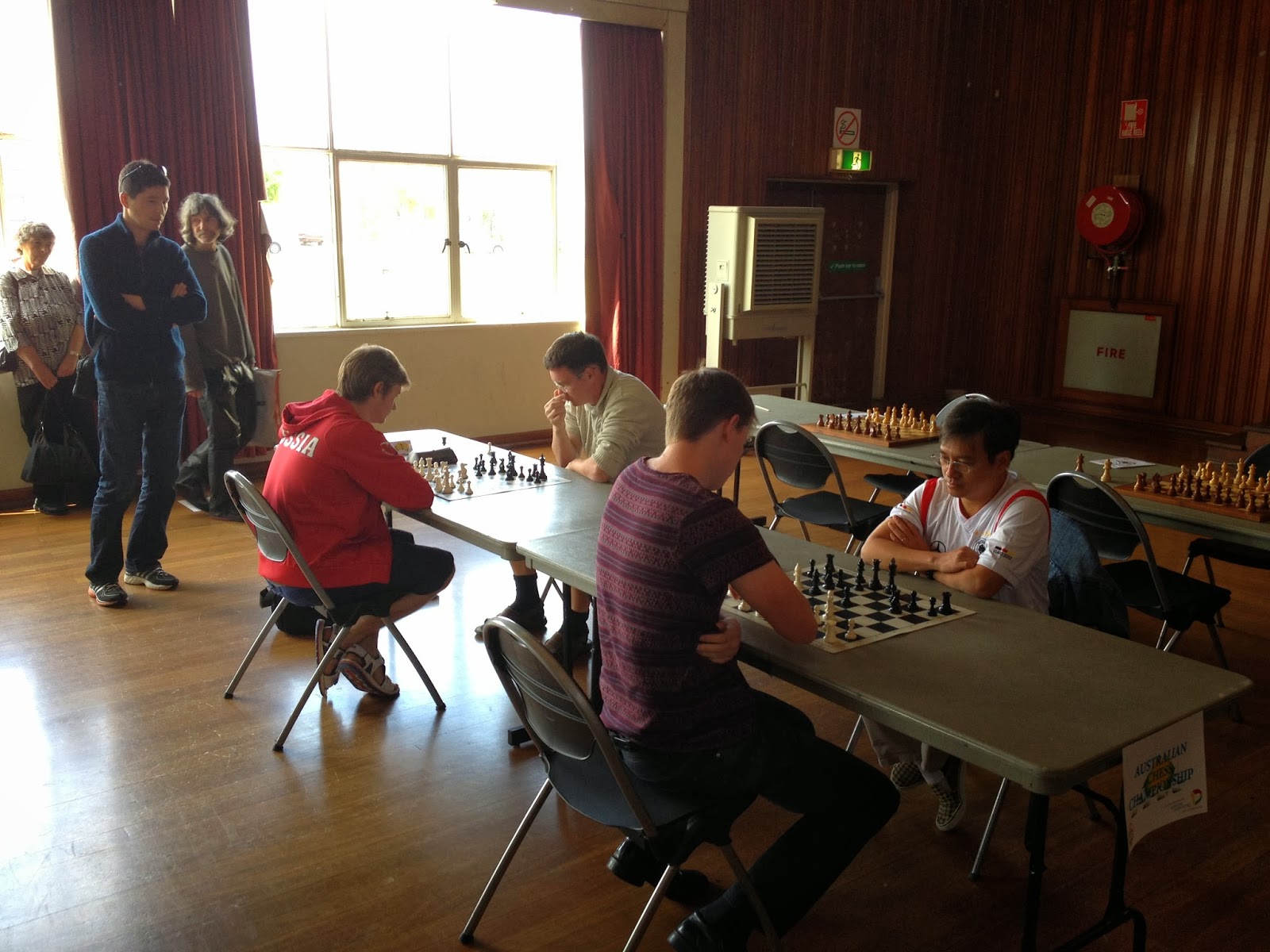 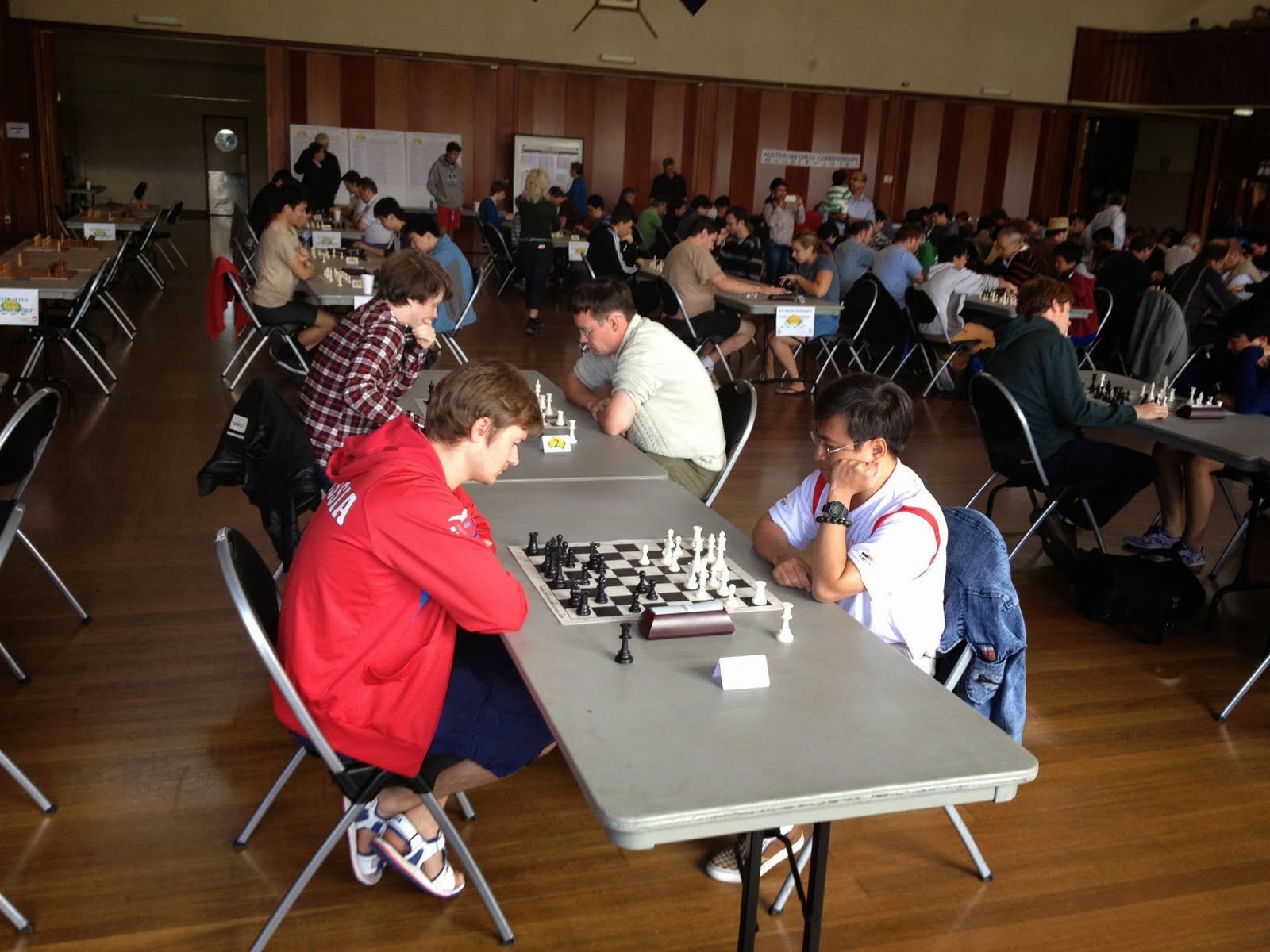 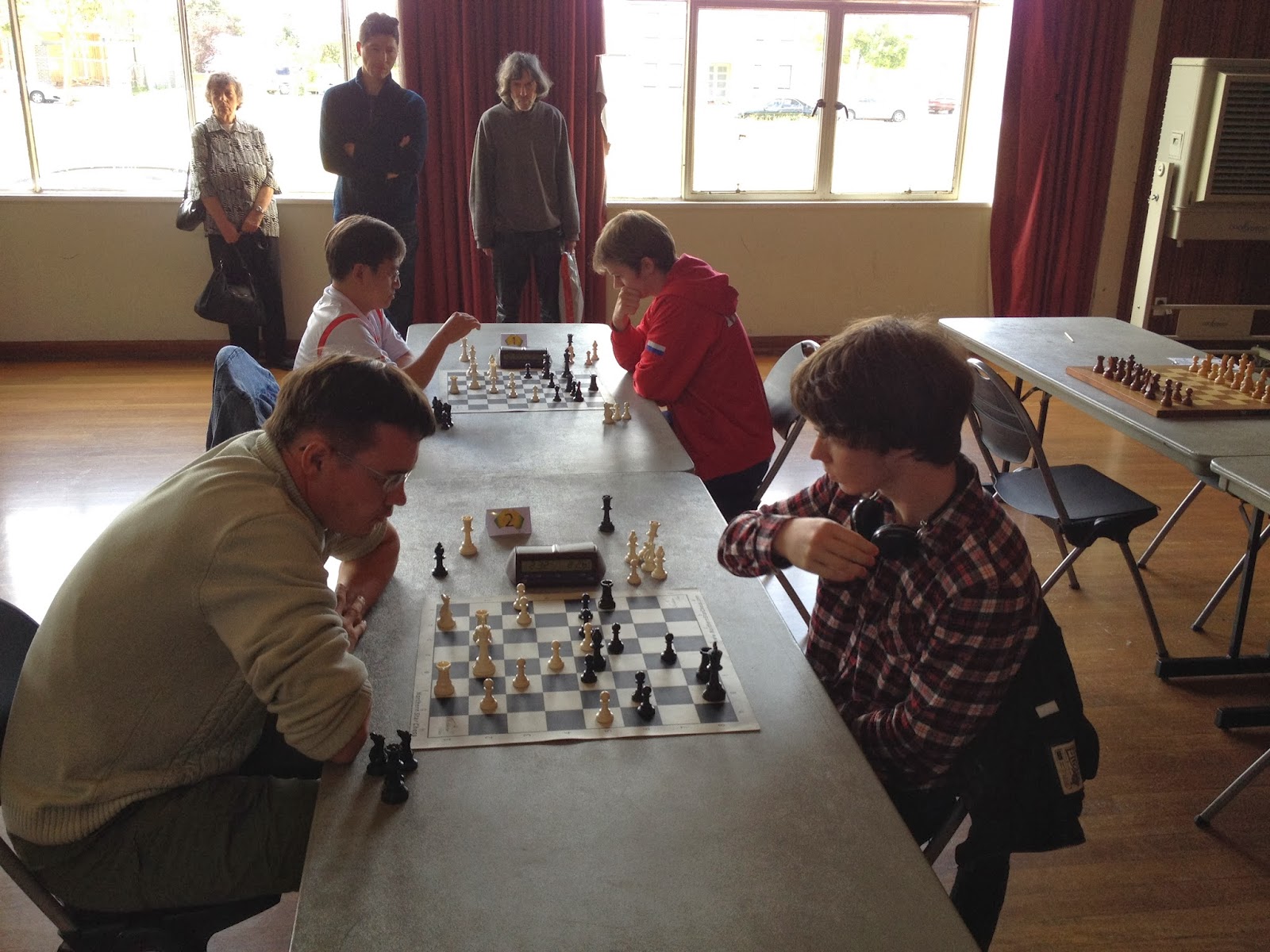 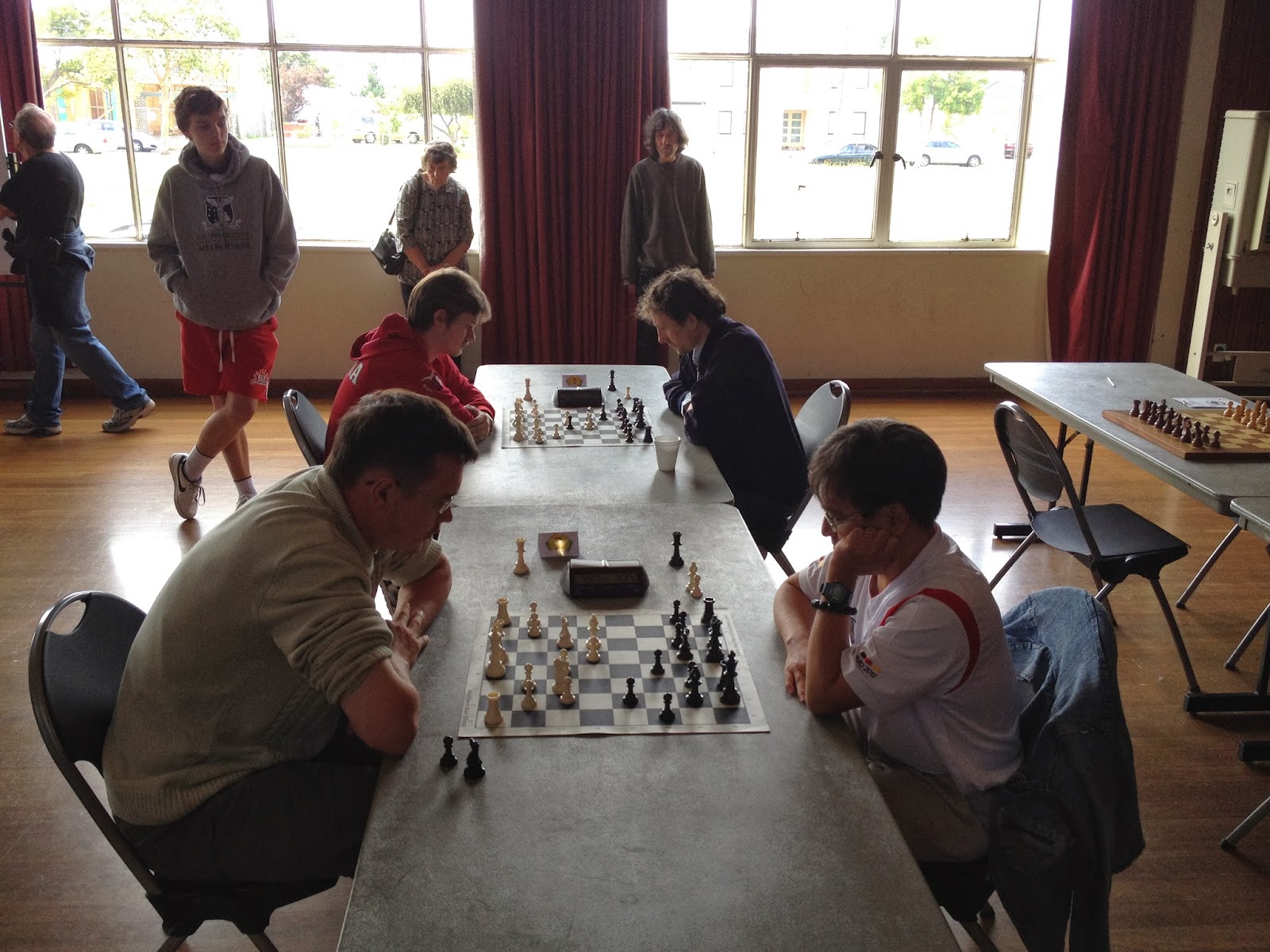 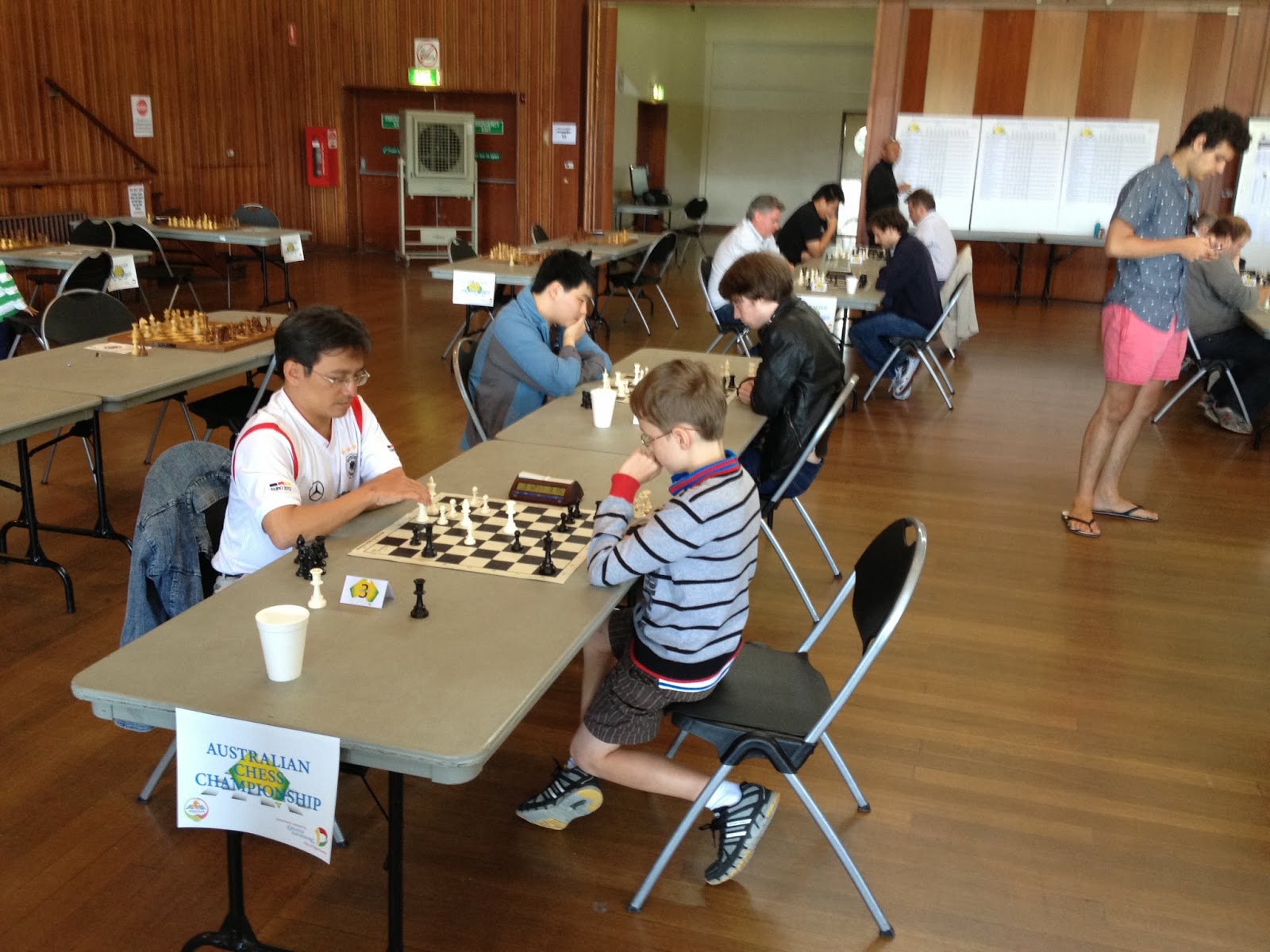 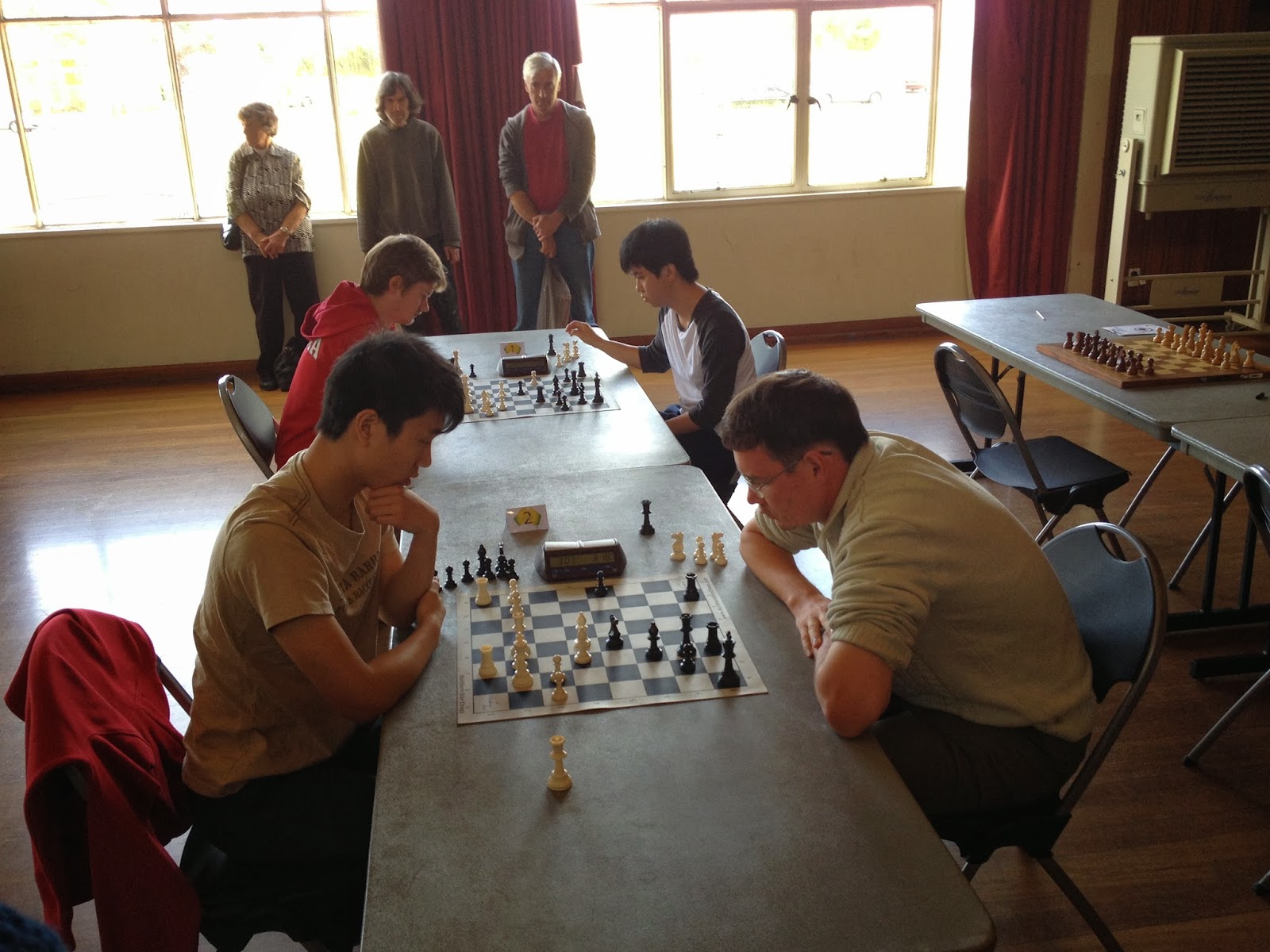 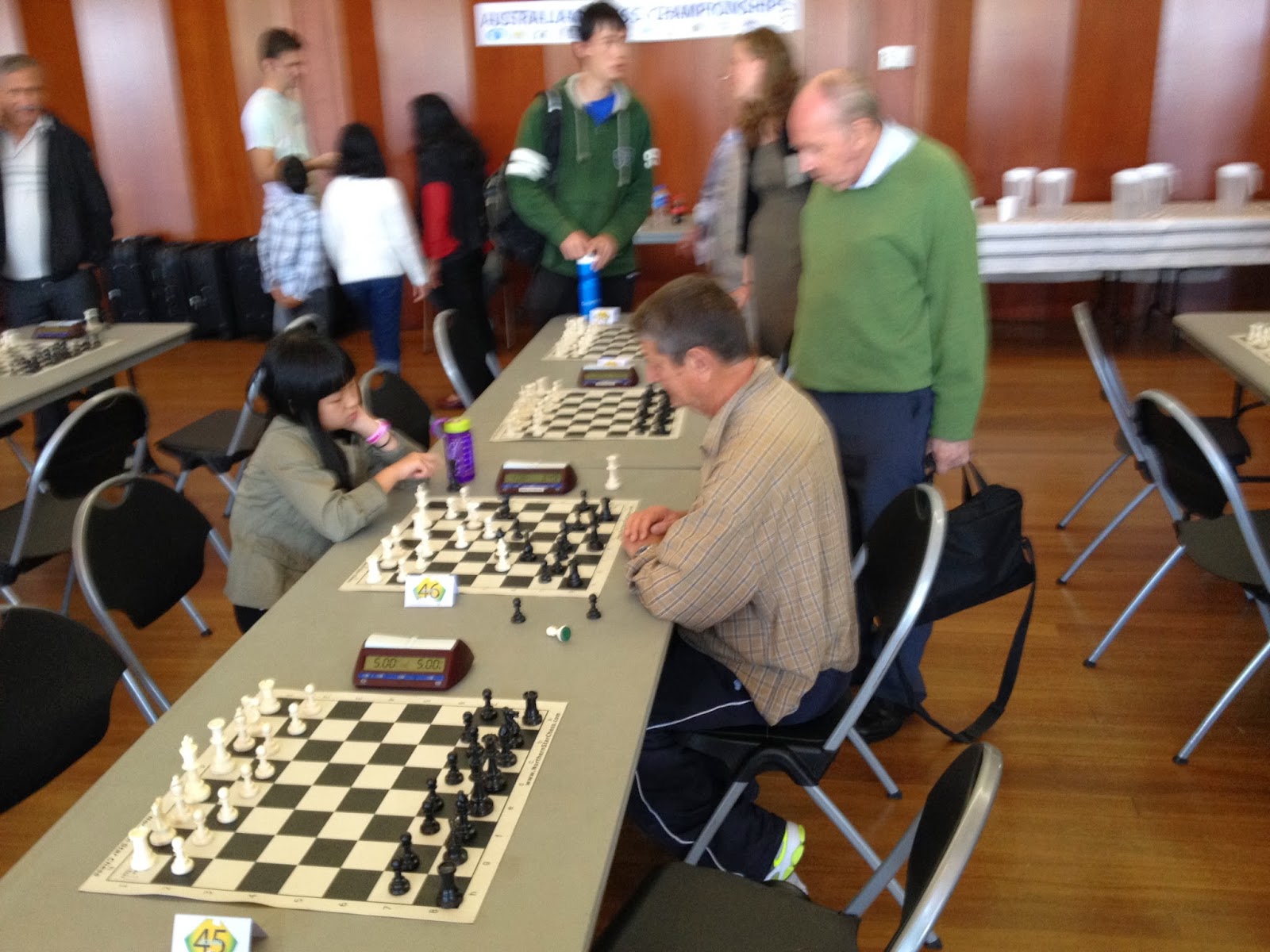 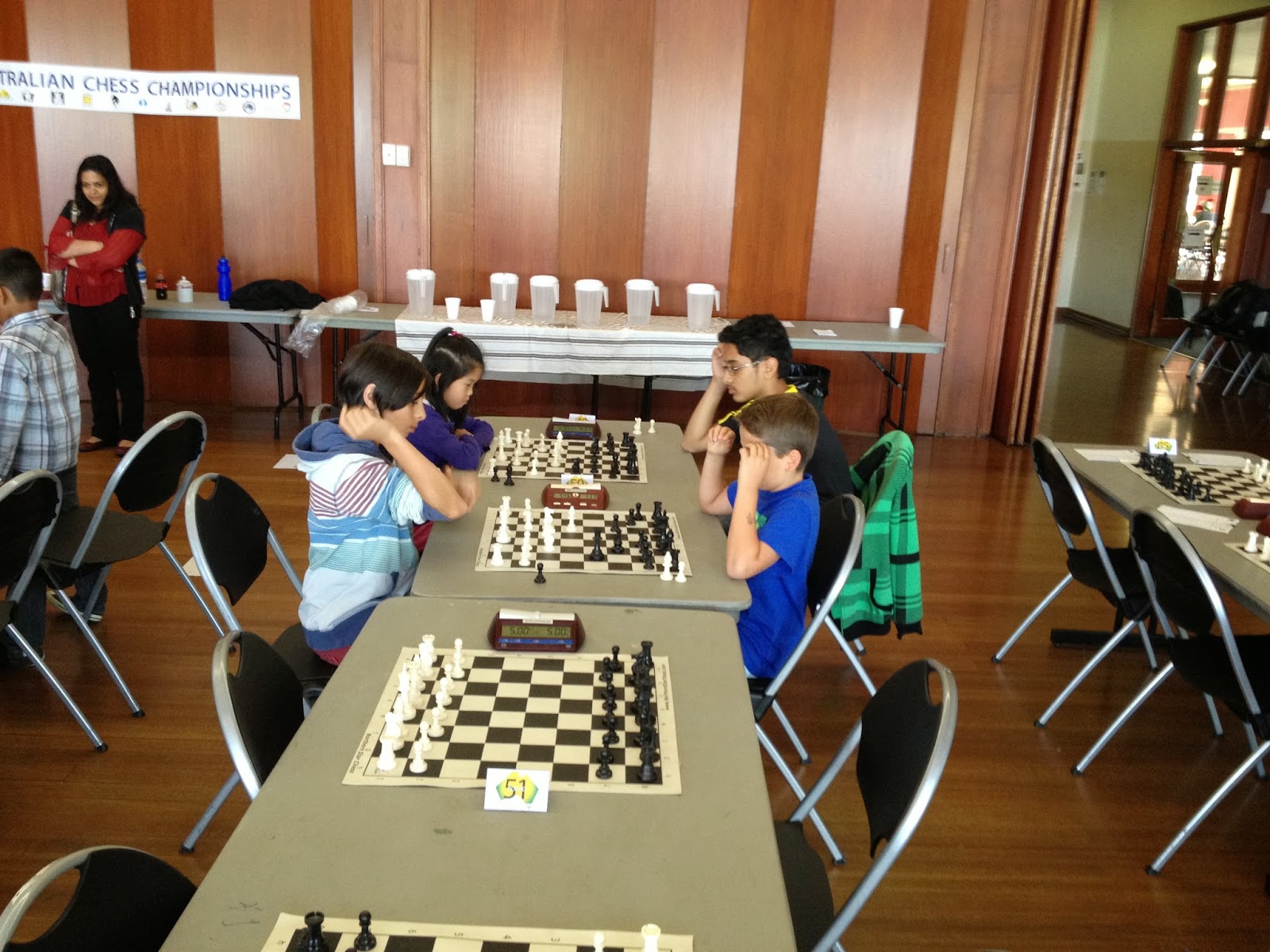 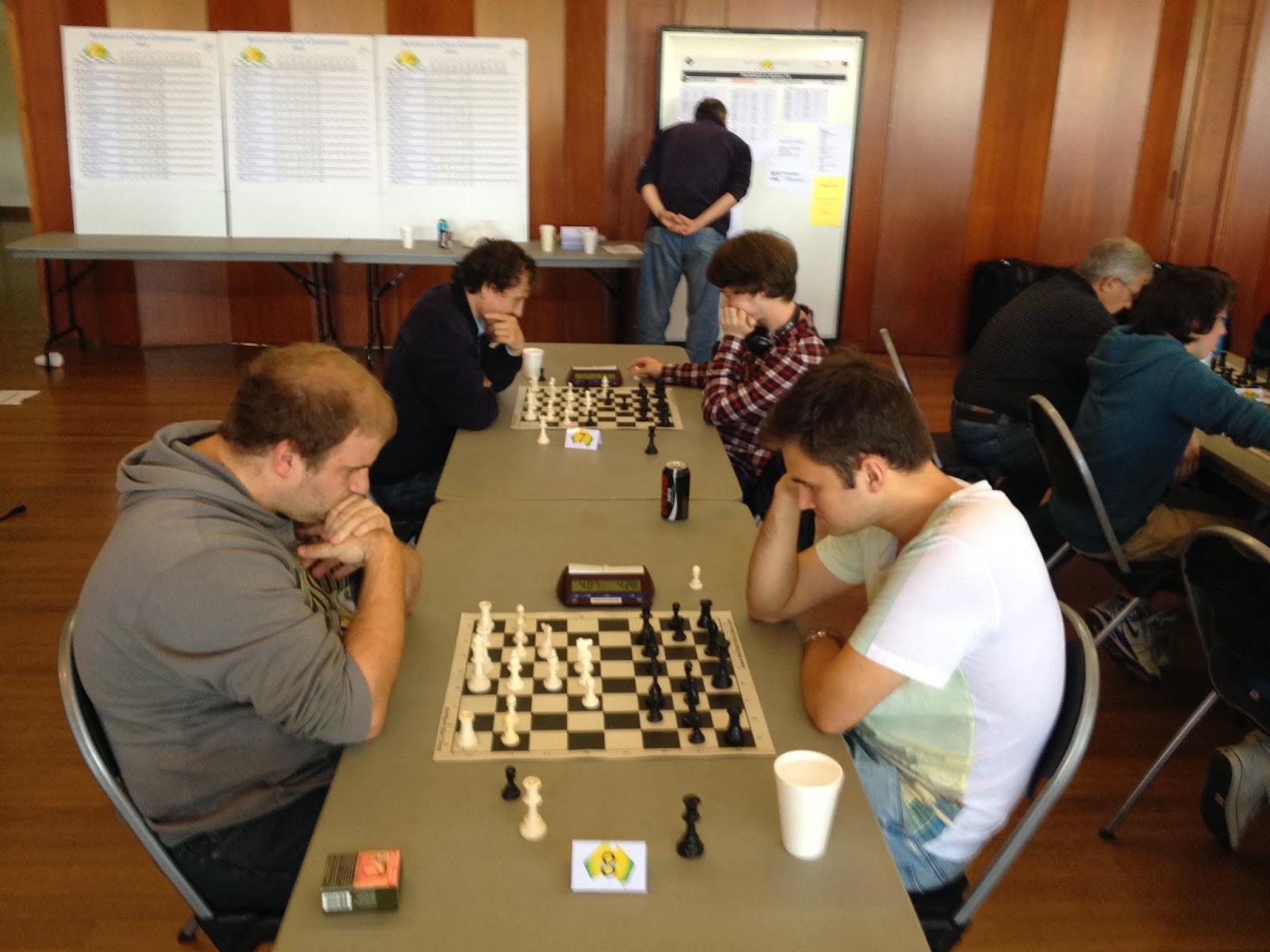 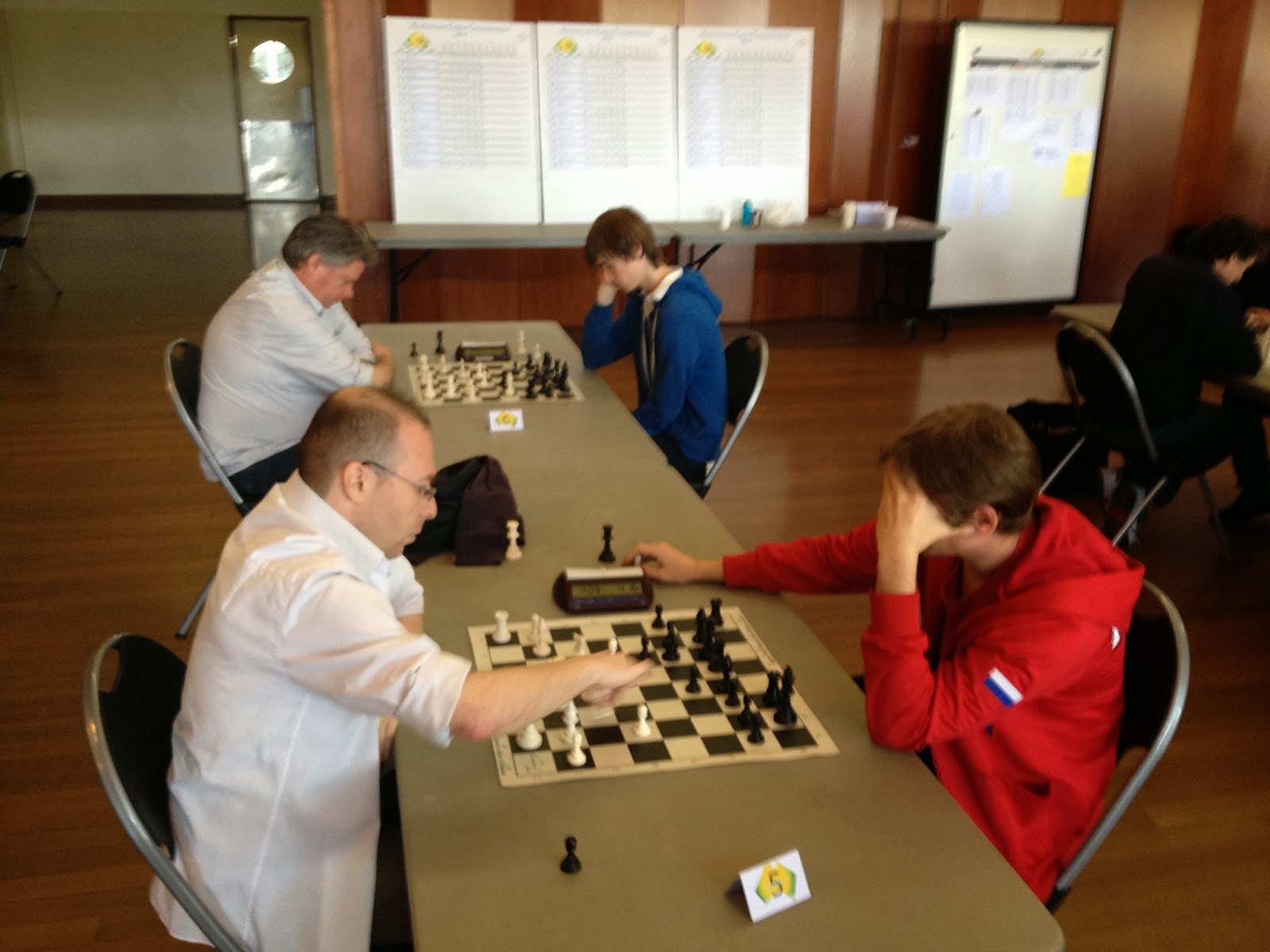 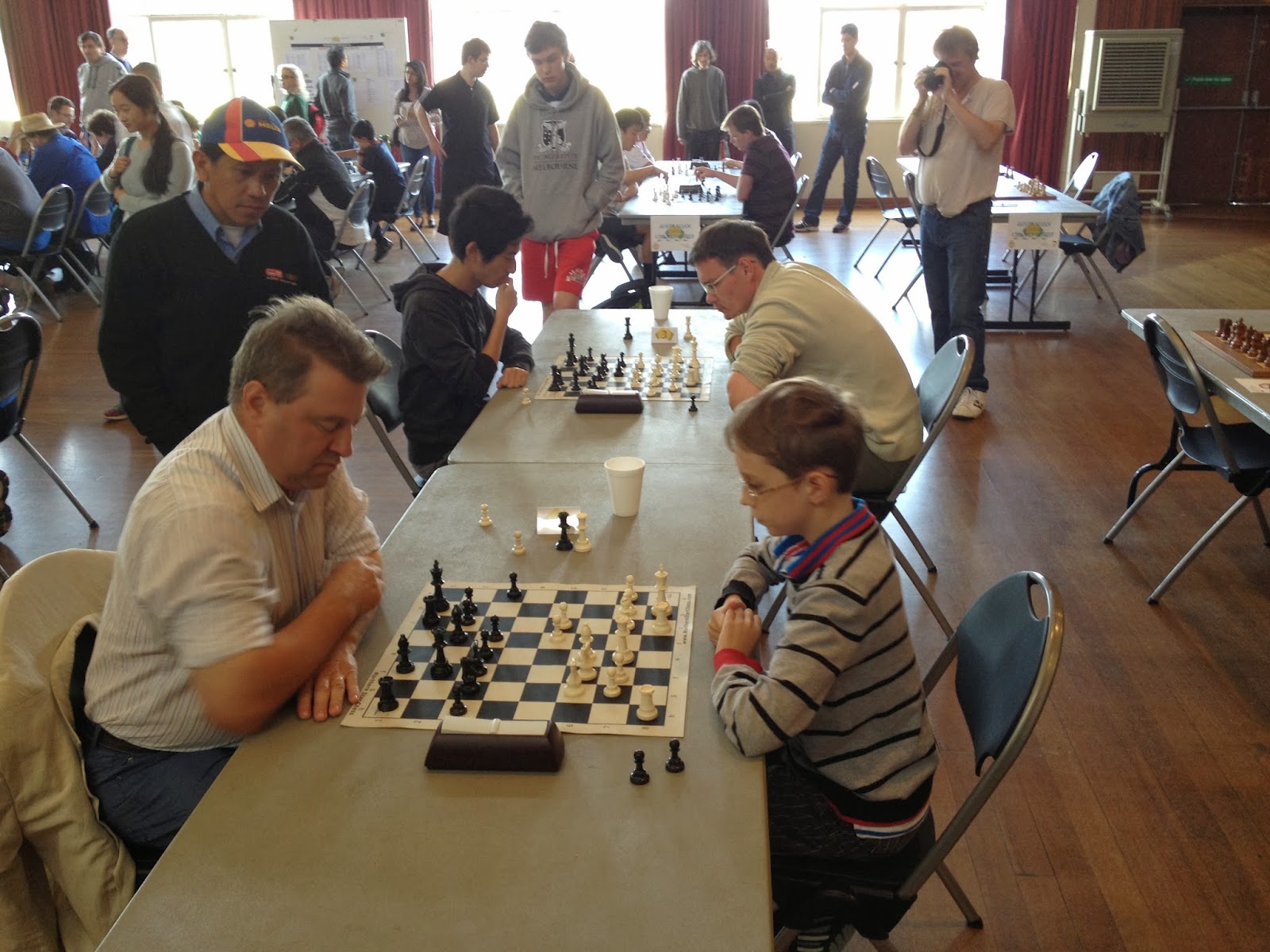 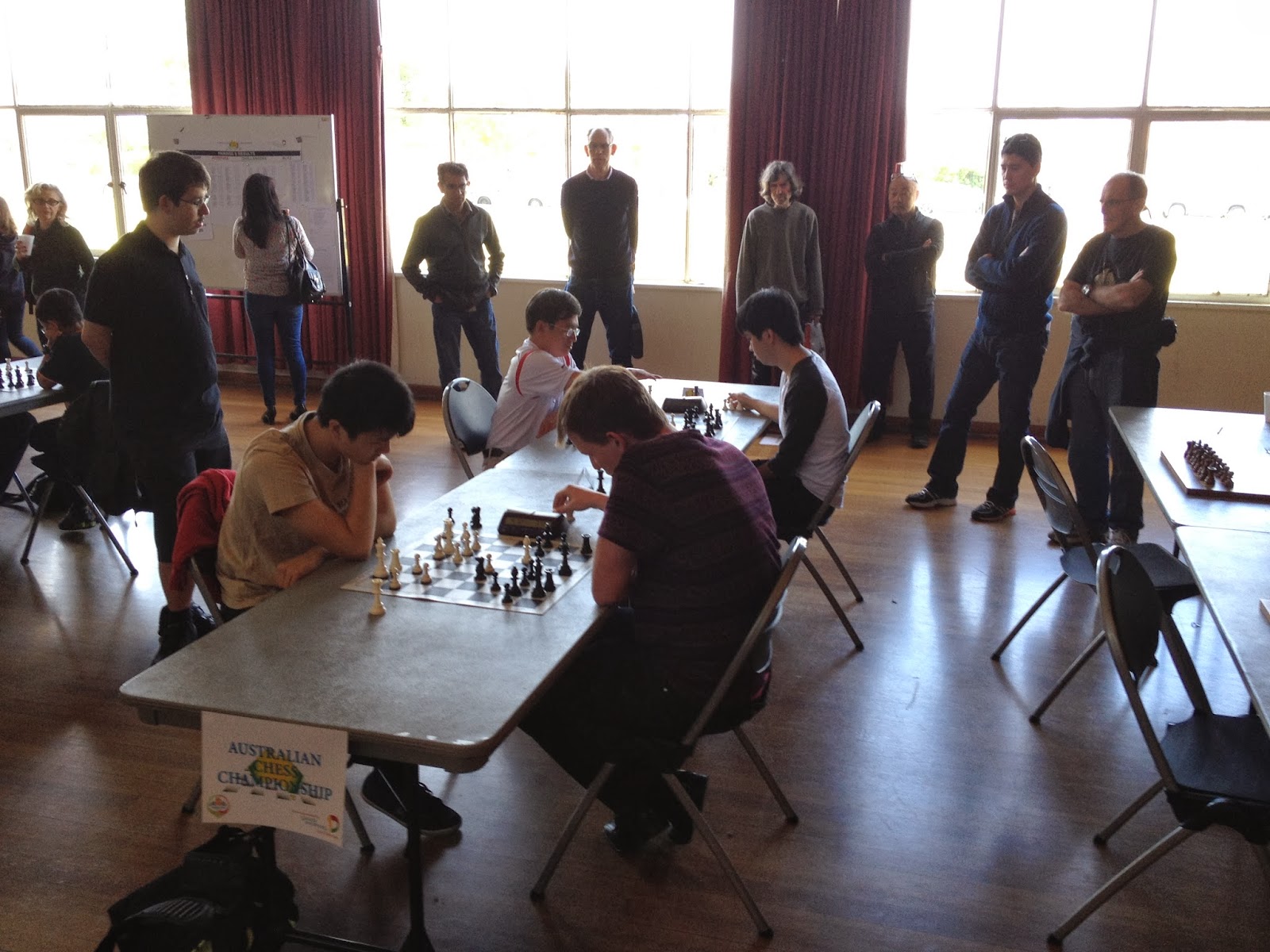 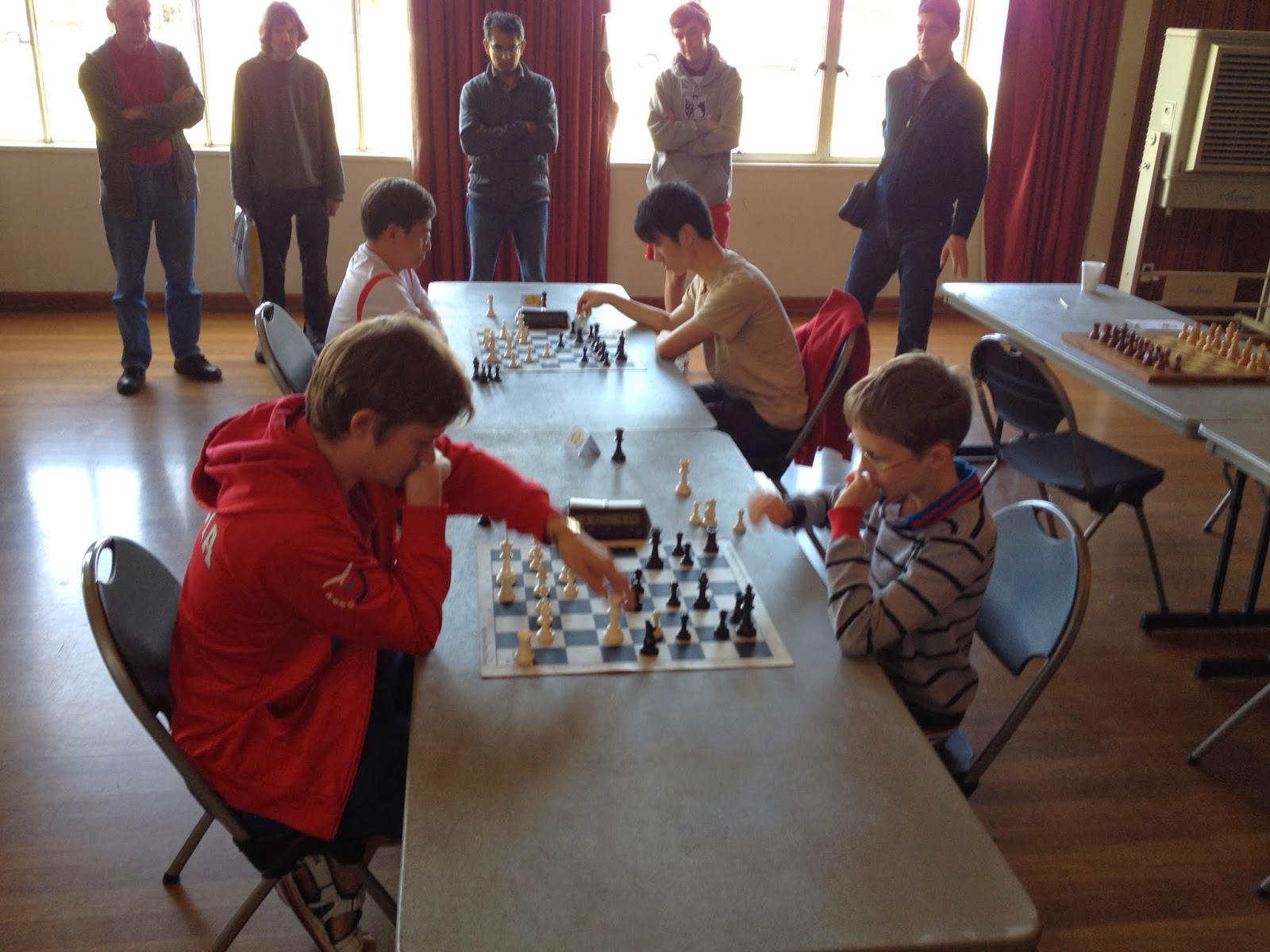 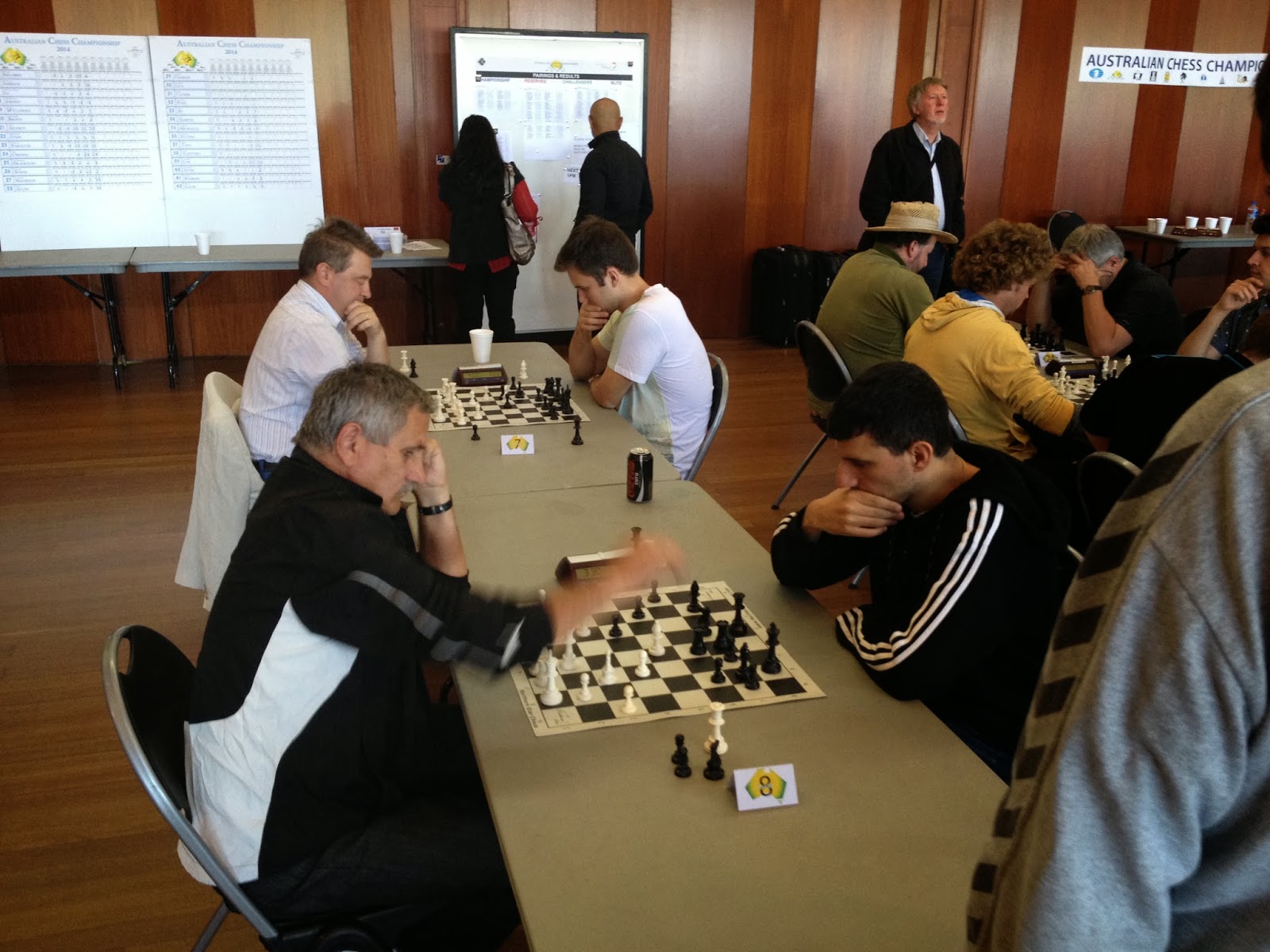 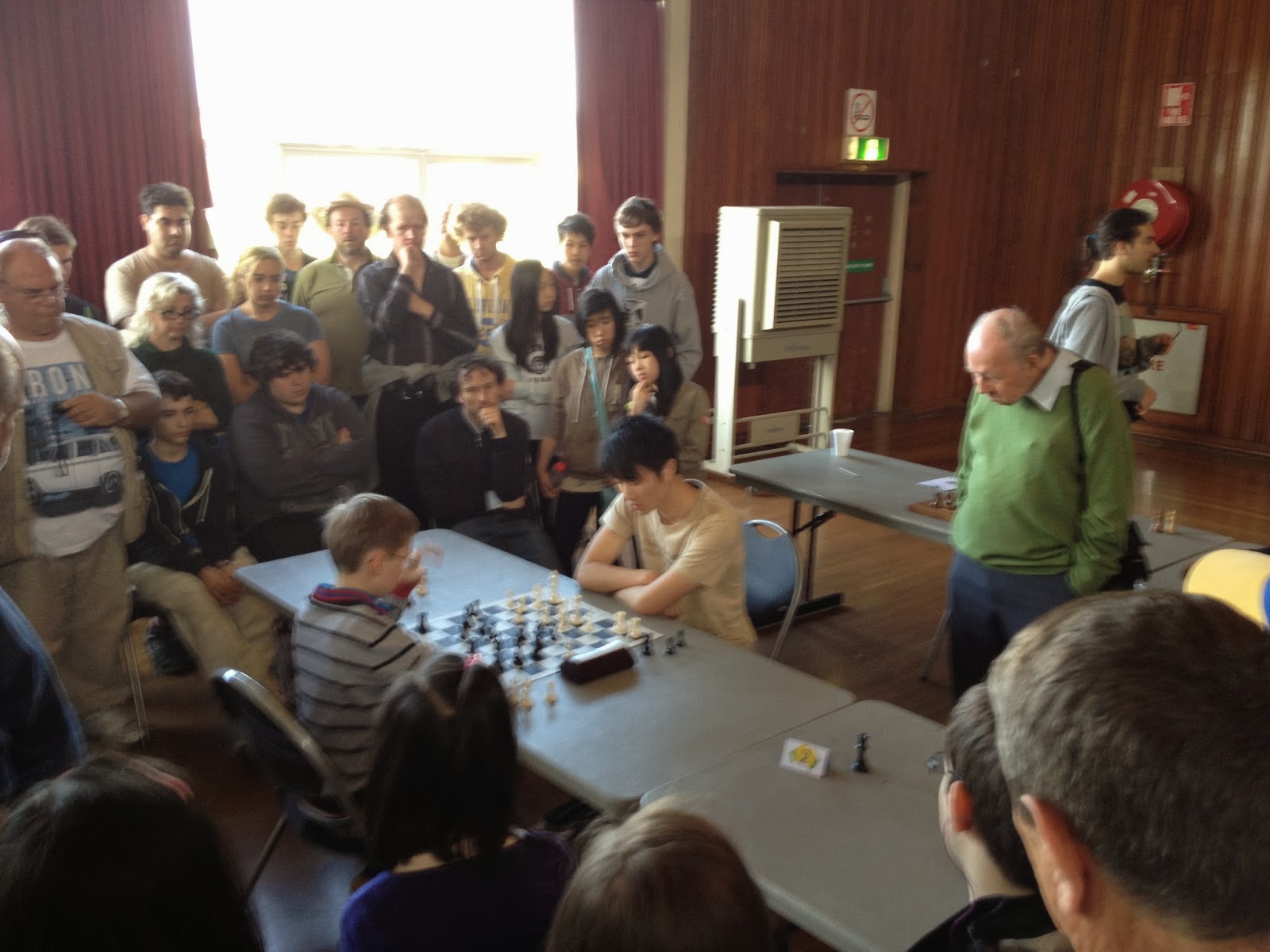 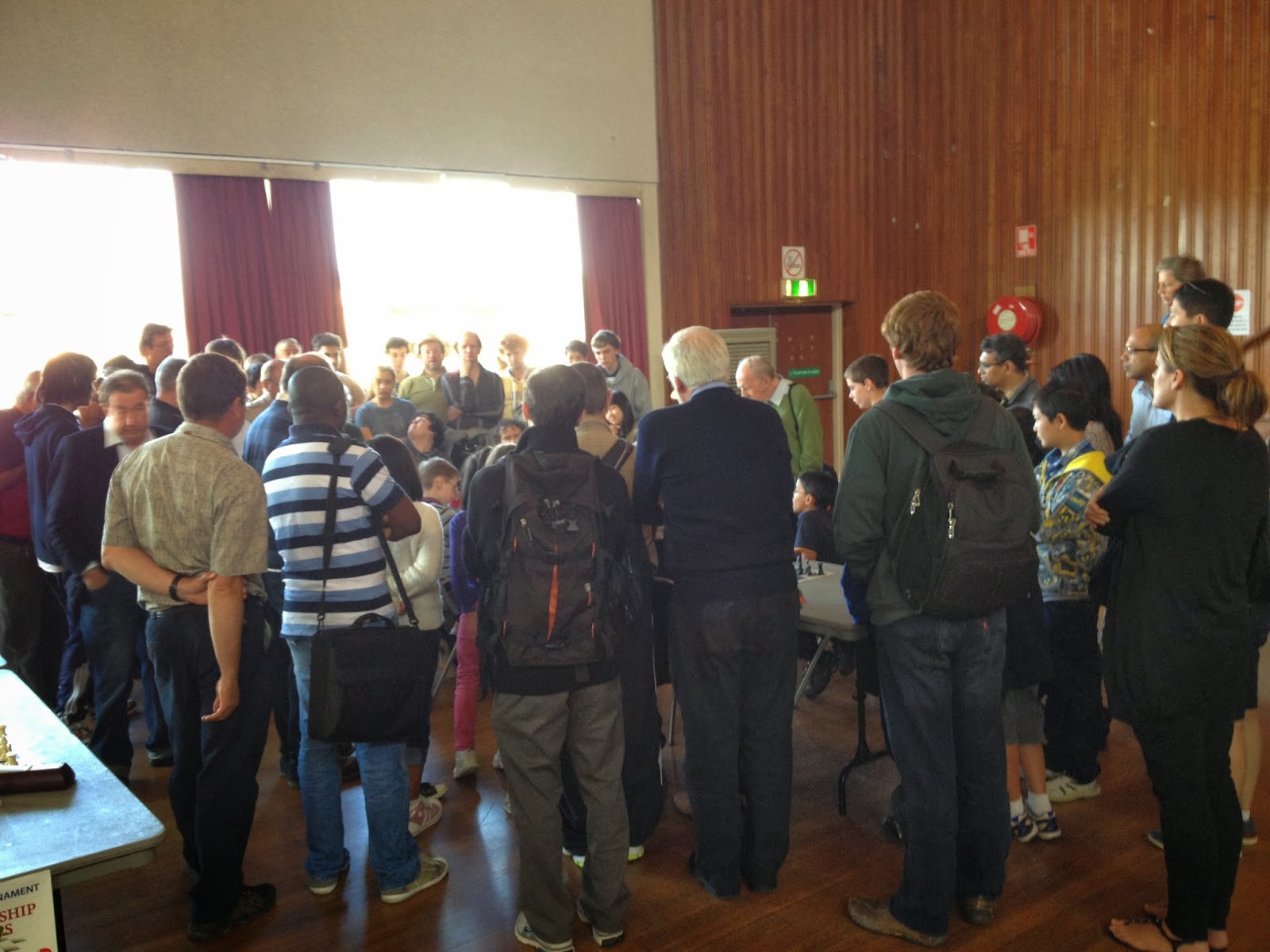 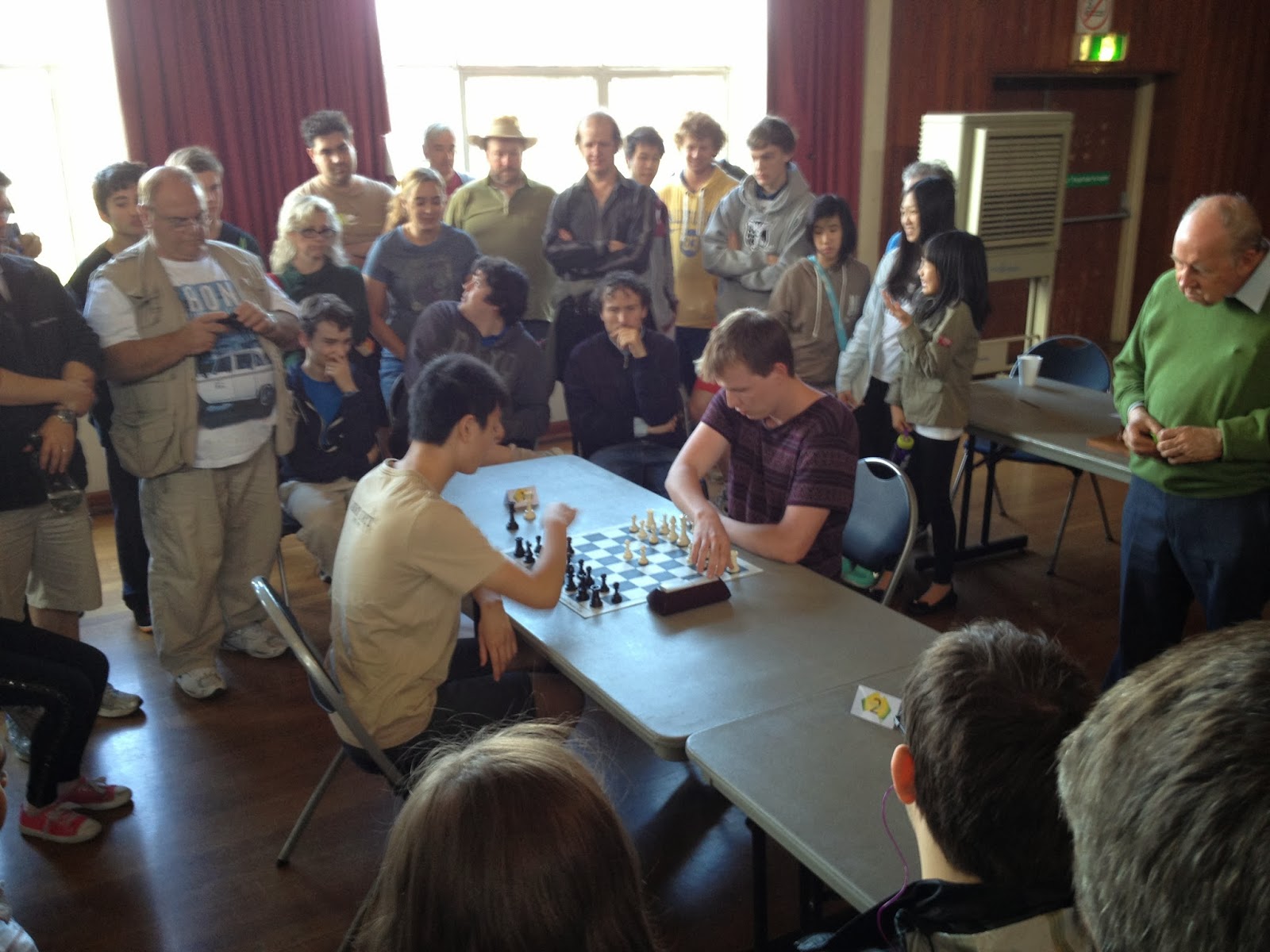 I managed to take a number of short videos during the blitz championships, mostly concentrating on the higher boards: