Earlier today almost 200 of the brightest young chess players from all parts of Melbourne & Victoria converged on Club Tivoli in Windsor for the first of two Chess Victoria Primary Schools semi-finals. The event featured a number of the best primary school players in the country, including David Cannon, Finley Dale, Enoch Fan & Tristan Krstevski, amongst others. The top four places were filled by the favourites, with Enoch Fan taking the individual honours with a perfect 7/7! Finley Dale & Tristan Krstevski were half a point behind after agreeing to an early draw in their final round clash, while David Cannon headed those on 6/7. Petra Suric was the best of the girls, finishing with 5.5/7.
Of course another part of today's event was about teams qualifying for the upcoming Primary Open Final at Box Hill Chess Club late next week, and Ivanhoe & Greythorn both put themselves in a position early favourites for the final, finishing tied for first with 29 points (of a maximum 35 - top 5 scorers counting towards the team total).
Full results from the day are available on ChessChat

Below are some photos from the day: 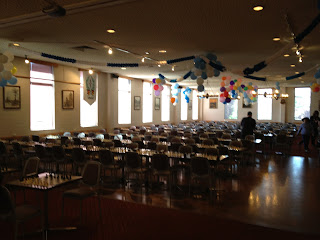 Action from the top boards 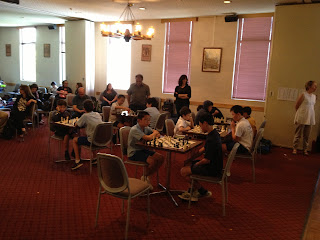 A full house of almost 200 students from all parts of Melbourne & Victoria! 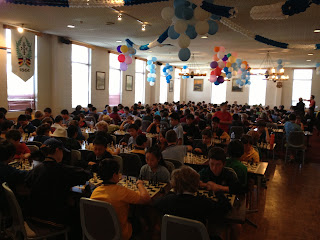 The line for reporting results ... it never seemed to end at times! 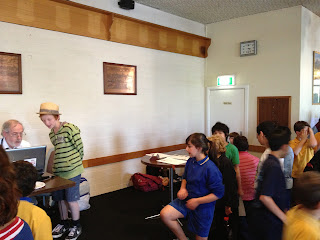 Action in the final round, with a healthy crowd of parents & teachers keeping an eye on proceedings 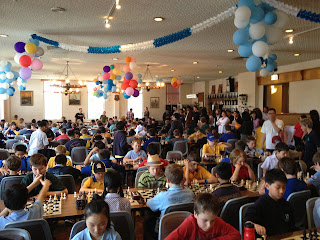 The trophies to be awarded for the finals next week 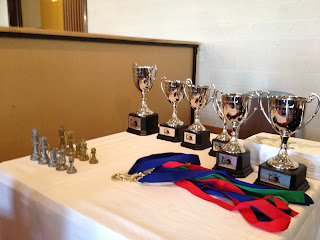 All players received one of these fantastic looking Certificates of Participation! 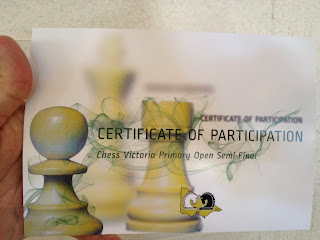