The opening day of the Andrew Saint & Hannibal Swartz Memorial weekender (renamed for 2013 instead of the Christmas Swiss) at Melbourne Chess Club saw 46 players take their places for the first round, with a number of players coming from interstate (particularly South Australia, Andrew's home state) or out of chess 'retirement' to play in the event.
Before the games began, tournament organiser Paul Cavezza welcomed the players to the tournament & shared some anecdotes about both Andrew & Hannibal, who died tragically earlier in the year. 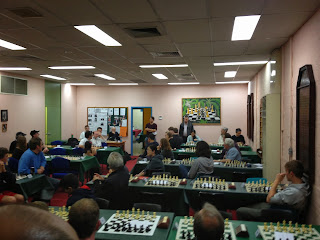 Top seed for the event is visiting Latvian Grandmaster Normunds Miezis, with FMs Bill Jordan, Dusan Stojic & Domagoj Dragicevic the next highest seeds, with a total of 11 players rated over 2000 FIDE. The tournament also sees the return to the chessboard of WFM Narelle Szuveges & Michael Hain, while Simon Dale, father of Ari & Finley, is playing in his first rated tournament!
The first round of the tournament saw a few upsets, with Gary Lin beating John Nemeth & Jack Hughes beating Malcolm Pyke. Marko Grabovac, Cheng Dai & Alex Saint also managed to draw against their higher rated opponents.

Jason Chan looked to be in the game early against GM Miezis, but all the tactics worked for the GM


Round 1 underway in the main playing hall 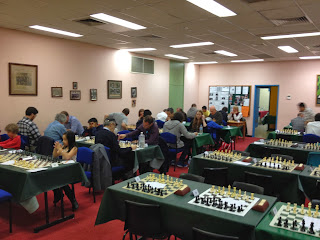 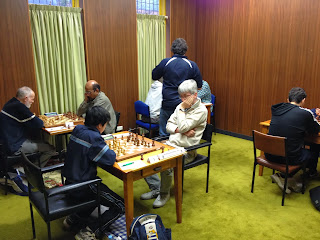 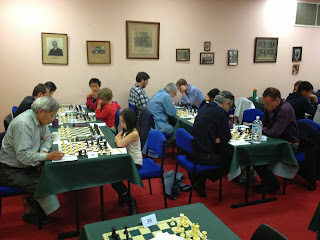 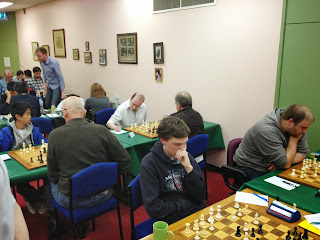 Jean Watson, Thai Ly & Miranda Webb-Liddle in action during round 1 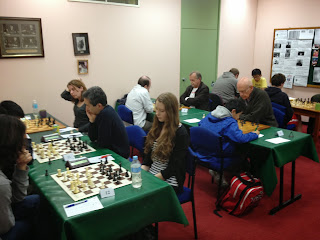 Tournament debutant Simon Dale in deep concentration, while WIM Narelle Szuveges makes her return to the chessboard in the background 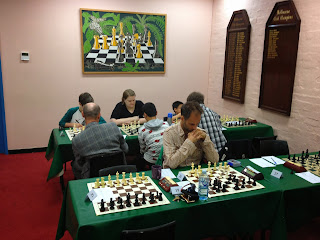 IM James Morris filled in for round 1 so that there was no bye ... and added an impromptu coaching session afterwards for his opponent﻿ 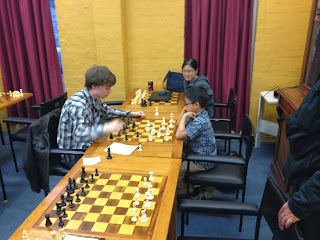