Another Sunday saw another fun session with the Northern Star Chess Squad at Eltham High! Now that we have some 'regulars', the group is able to get through even more material ... and some fascinating chess!
This week we started with the solution to last week's mystery puzzle ... White has a Queen, Knight & King against Black's King & all you know about the position is that white plays Nc6-d8#. The challenge is to correctly locate all the pieces on the board to make this a reality. 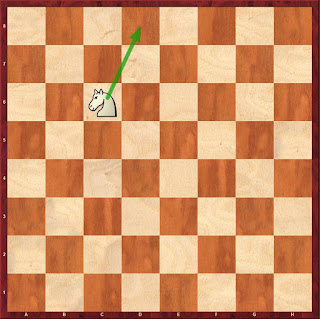 The correct solution has a white queen on g5, knight on c6 (obviously) & king on c7, while the black king is on e6, so Nd8# is possible. The important aspect that stands out with this puzzle is that all the white pieces are helping control at least 2 squares that the black king could potentially escape to, yet there is no 'doubling up', with each square around the black king defended only once, making for the most economical use of pieces! 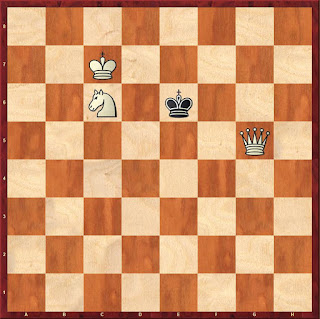 This week's board, with the daily outline & the first position from the Creating Checkmates section. The group were enthralled by Shirov's games, so we didn't have time to look at another bishops v knights position that I had hoped to look at ... though it will most likely fit into the final session for the term (in a fortnight as next weekend is a long weekend). 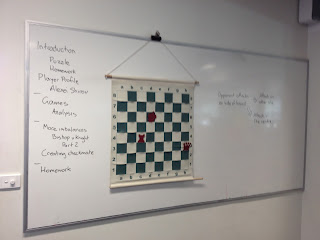 After the puzzle, we looked at Spanish (formerly Latvian) Grandmaster Alexei Shirov, who plays a fascinating attacking style of chess that I love to watch! Shirov's love of complicated positions, particularly from the Botvinnik Semi-Slav, make for exciting chess, although playing such 'knife edge' chess does have its risks & this is one of the reasons Shirov has not been able to stay in the upper echelon of players in the world for an extended period of time (although in recent times he has been a fixture in the top 50, I'm talking about being in the top 3 or 4 players in the world).
The first game we looked at was a fascinating game between Vladimir Kramnik & Shirov, where Shirov appeared to be in trouble for much of the game. However it is a great example of Shirov's fighting ability & willingness to play chess on the edge of disaster, with the amazing 31...Re4!! being a fantastic move which turns the tables on Kramnik & is the start of the end after Kramnik goes astray.

The group were amazed by the way Shirov played the end of this game & were move shocked when I showed them the famous finish his game against Topalov from Linares 1998, which has been called the Greatest Move of All Time by John Emms, as well as a number of others. 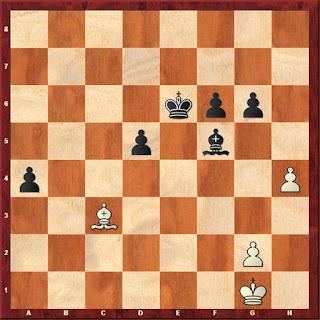 Here is the game in its entirety - not the most interesting game, but the finish is definitely something to see!

After looking at Shirov, the students played some games, which I will examine later in the week.
To conclude the group for this week, we looked at constructing checkmating positions with pieces, where the pieces were set up without the black king & the students had to locate the correct square (or squares) where the black king could be placed so that the position was checkmate.
Here is an example of the type of positions we looked at: The next (and final session for the term) is in two weeks time & hopefully the group will continue to grow, particularly with a big term 2 planned!

If anyone reading this is interested in attending the squad sessions, contact Pearl Yung at Northern Star Chess, or look at the Squad Page for more information.
Posted by MelbourneGamesCoach at 06:45