Today I decided to spend some time in the city before the evening round of the MCC Australia Day Weekender & decided to head to the State Library of Victoria, which is home of the MV Anderson chess collection, one of the largest public chess collections in the world. The collection itself houses around 13000 books (much of which is easily accessible on the shelves of the library), including all four volumes of the German series 'Das Moderne Blackmar-Diemer Gambit' (of which I have the first, but not the other three volumes). I also found Sylvester Urban there, preparing for his clash with Michael Baron (which is now underway), as well as a variety fo people, from seniors to university students & people of all ages in between! 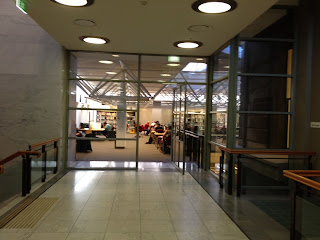 Going to the library & seeing the collection first-hand has also given me the idea of perhaps seeing if it is possible to host the Australian Open there one day ... it is a fantastic inner-city venue, already has a connection to chess & is designed to be a quiet place, so it definitely ticks a number of boxes as far as venue requirements go for such an event ... it might be something worth investigating!
The library is also a great example of 19th century architecture, and in particular the dome over the La Trobe reading room, which was restored in the early 2000s & now houses a number of permanent exhibitions on the early history of Victoria, Ned Kelly & various rare and interesting books. 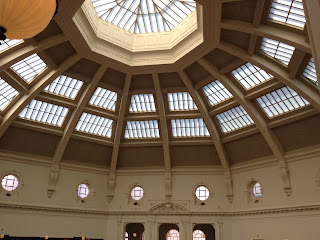 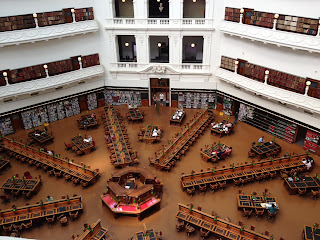