Today was travelling day ... starting in London & finishing in Malangen.
The day started with an early morning tube ride to Heathrow Airport, where I caught my first flight of the day to Oslo. Here I changed my remaining British Pounds to Norwegian Krone before heading to a shop to get something to drink ... 25NOK for a 500mL bottle of water! That's AUD$4.28 by the regular exchange rate, but much closer to $5 once you factor in the cut taken at the airport for money exchanges ... I can imagine that if meals were not provided for the officials such as myself, that a trip to the Olympiad could quickly become very expensive!
Next on the agenda was the flight to Tromso & this was where I really got my first proper taste of the Olympiad - at the airport gate. There I saw New Zealander Helen Milligan, said hi to Henrik Mortensen, who has been a regular visitor to Australia over the last decade & saw Gary Kasparov walk through the terminal, stopping just near the departure gate (I'm not sure if he actually got on the flight I was on), which saw almost everyone waiting at the gate (being almost entirely chess players) turn their heads to acknowledge his presence!
Once I arrived at Tromso airport, I jumped on the bus provided by the organisers to the city centre. The journey itself featured an interesting piece of roadway, as a decent portion of the trip once leaving the airport was under a mountain ... and the road featured at least two roundabouts that were underground! Unfortunately my phone battery was almost flat, so I didn't get any photos of this, but will try to get some in the next few days to give you an idea of what it looks like - quite unique at the very least!
Once in Tromso, I headed to the Radisson hotel to collect my accreditation documents. Just outside the hotel were Australian team members Junta Ikeda, Moulthun Ly & Max Illingworth, who were about to head to dinner. Unfortunately due to other time constraints I wasn't able to join them, but I'm sure I'll see them a lot over the next few weeks. I also grabbed dinner of my own (provided by the organisers) at the Radisson & met up with fellow arbiter NY Wong. He introduced me to some of the other arbiters at the event that he knew, from Singapore & Vietnam & then I had some beef stroganoff, pasta & rice for dinner.
After dinner, the final journey for the day commenced - a bus trip to the Malangen Brygger hotel, where the majority of the arbiters are staying. The trip took over an hour, but it also allowed time for a quick nap on the bus. I'm sharing an apartment with fellow arbiter Haroon or Rashid from Bangladesh.
Tomorrow I hope to be able to take some more photos of Tromso & spend some more time looking around the town, which is quite picturesque. There is also the arbiter's technical meeting in the evening. To finish off the post, a few photos from today's travels 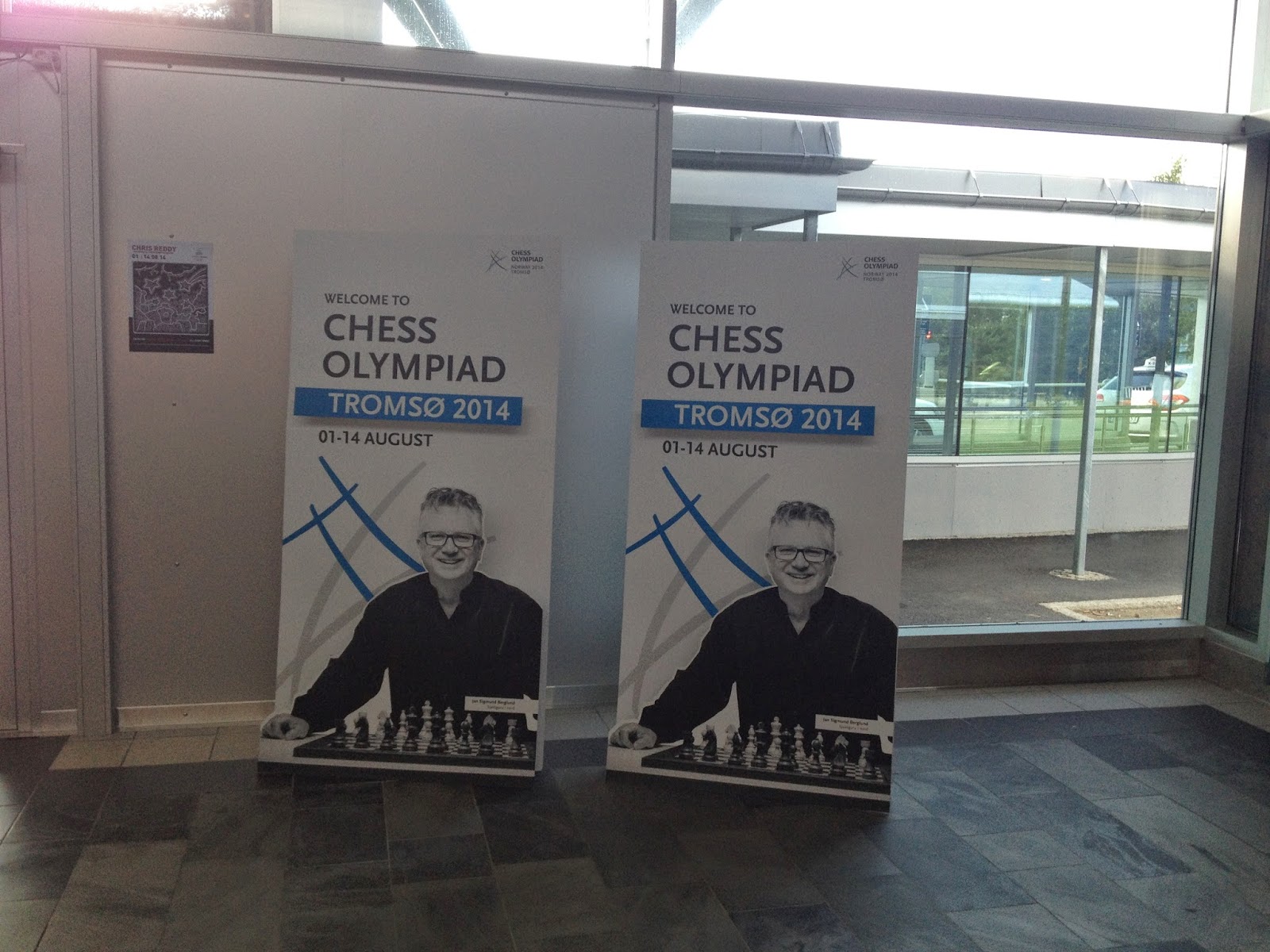 Some of the Olympiad signs at Tromso airport 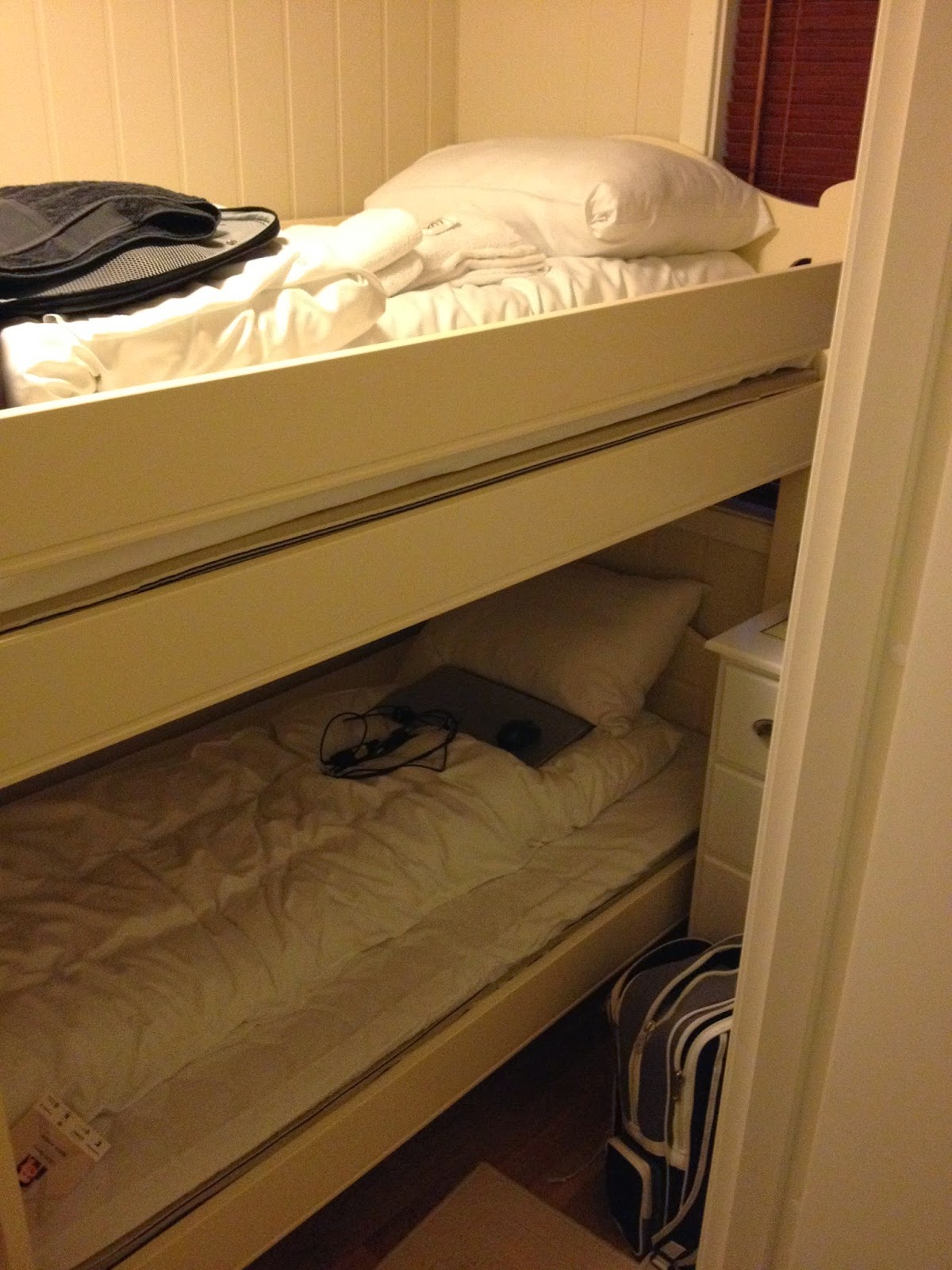 My room at the Malangen Brygger ... cosy is one way to describe it! 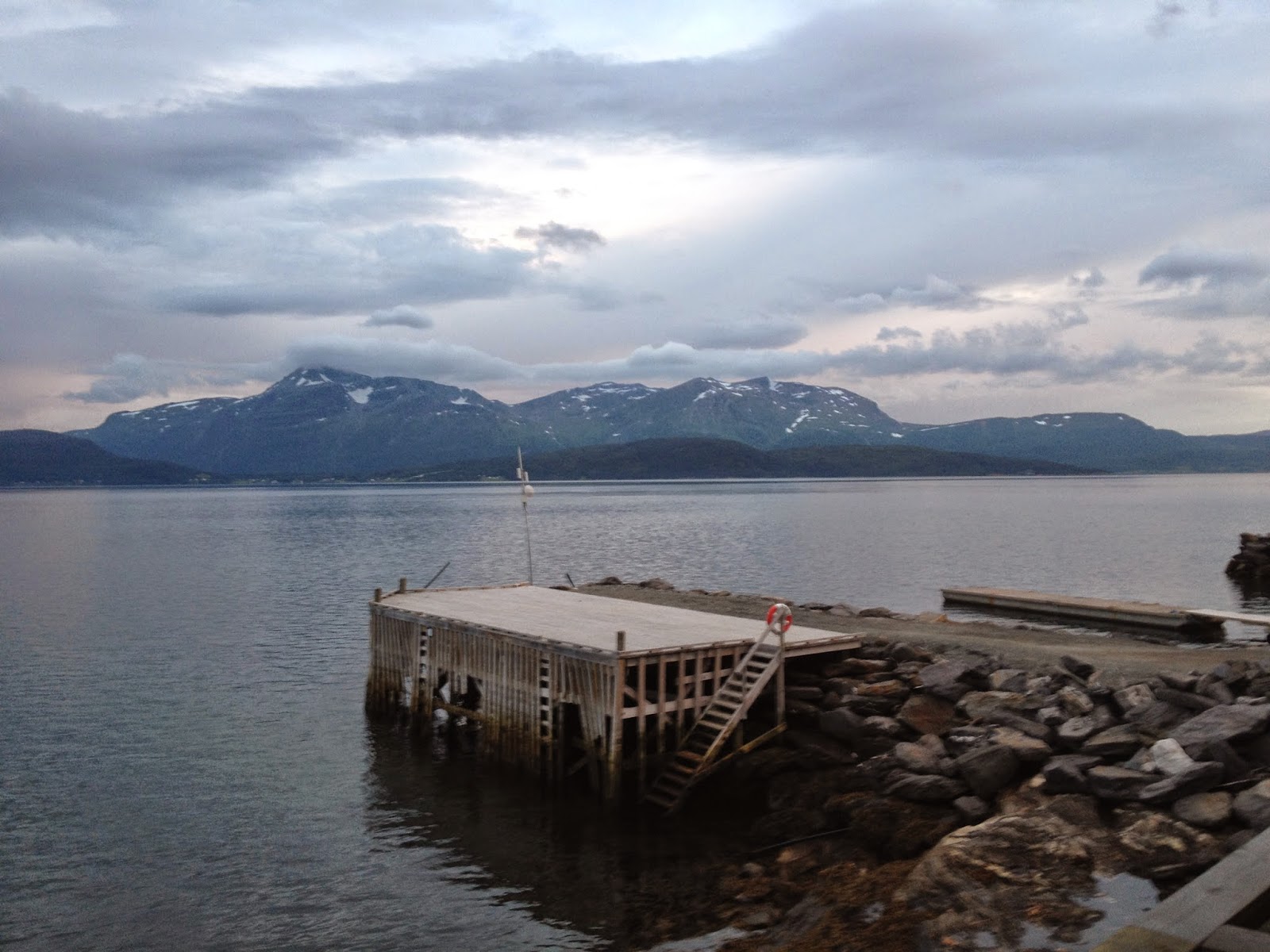 The view from the apartment balcony - looking to the right 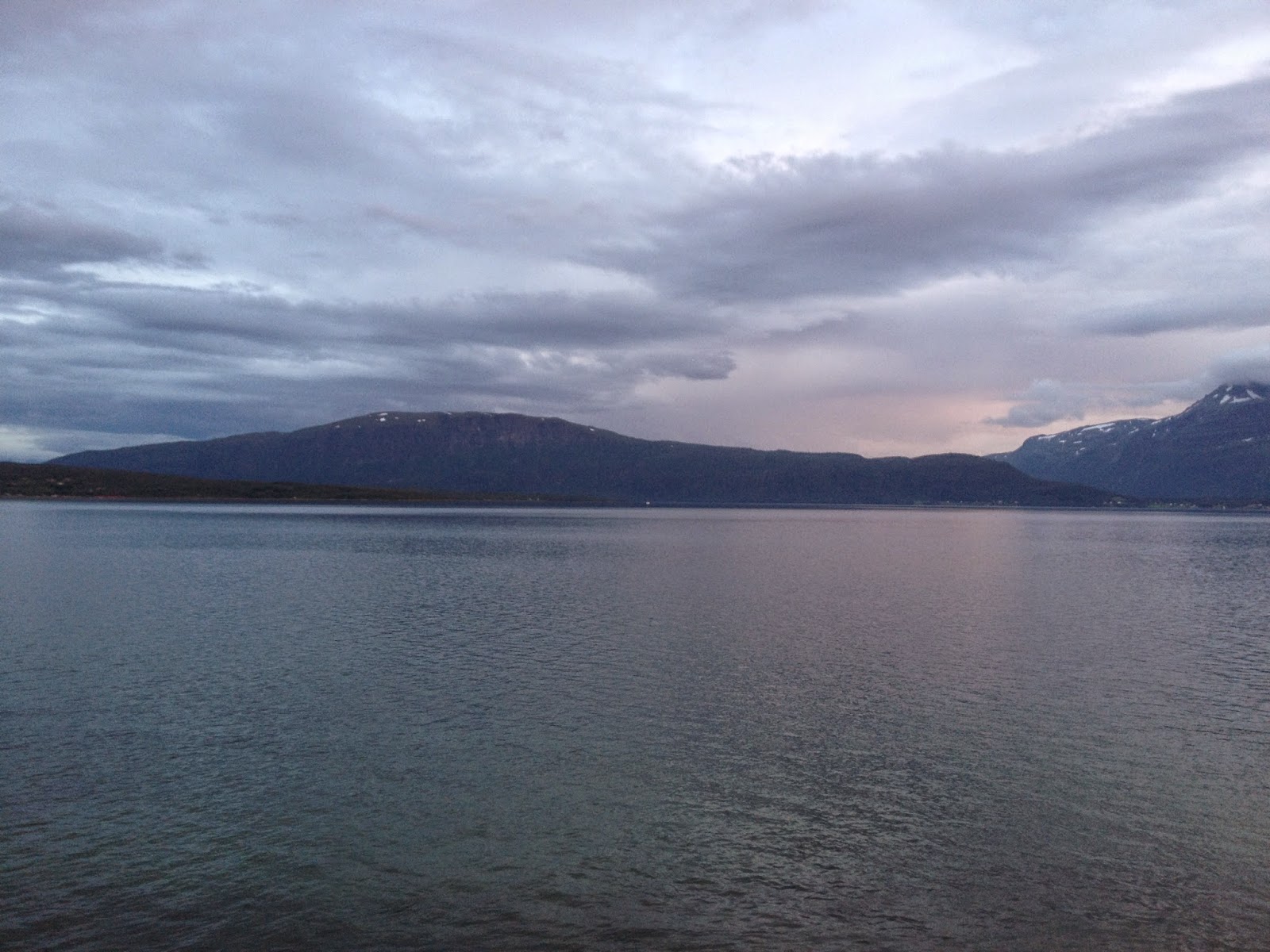 The view from the apartment balcony - looking directly ahead 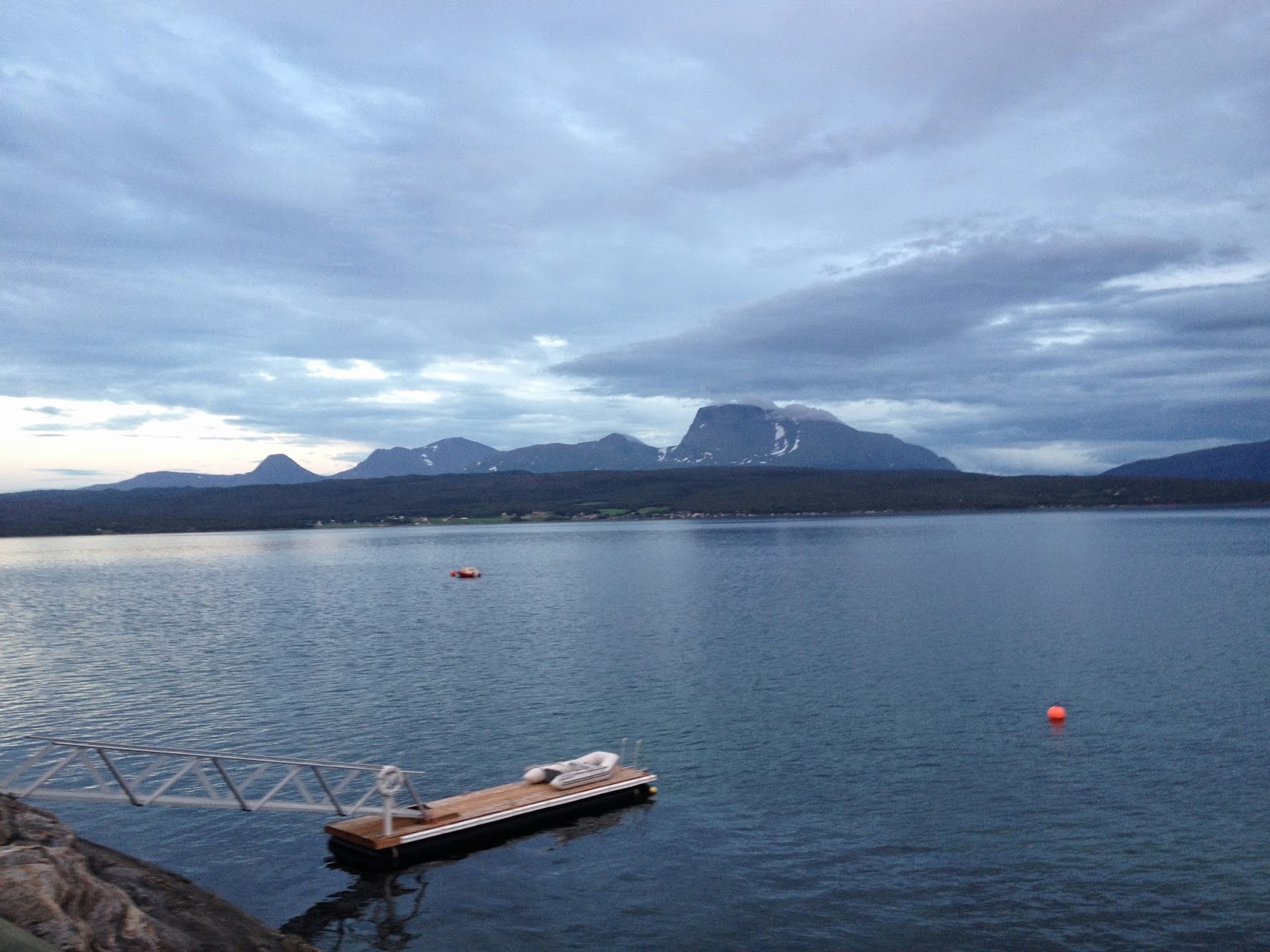 The view from the apartment balcony - looking to the left 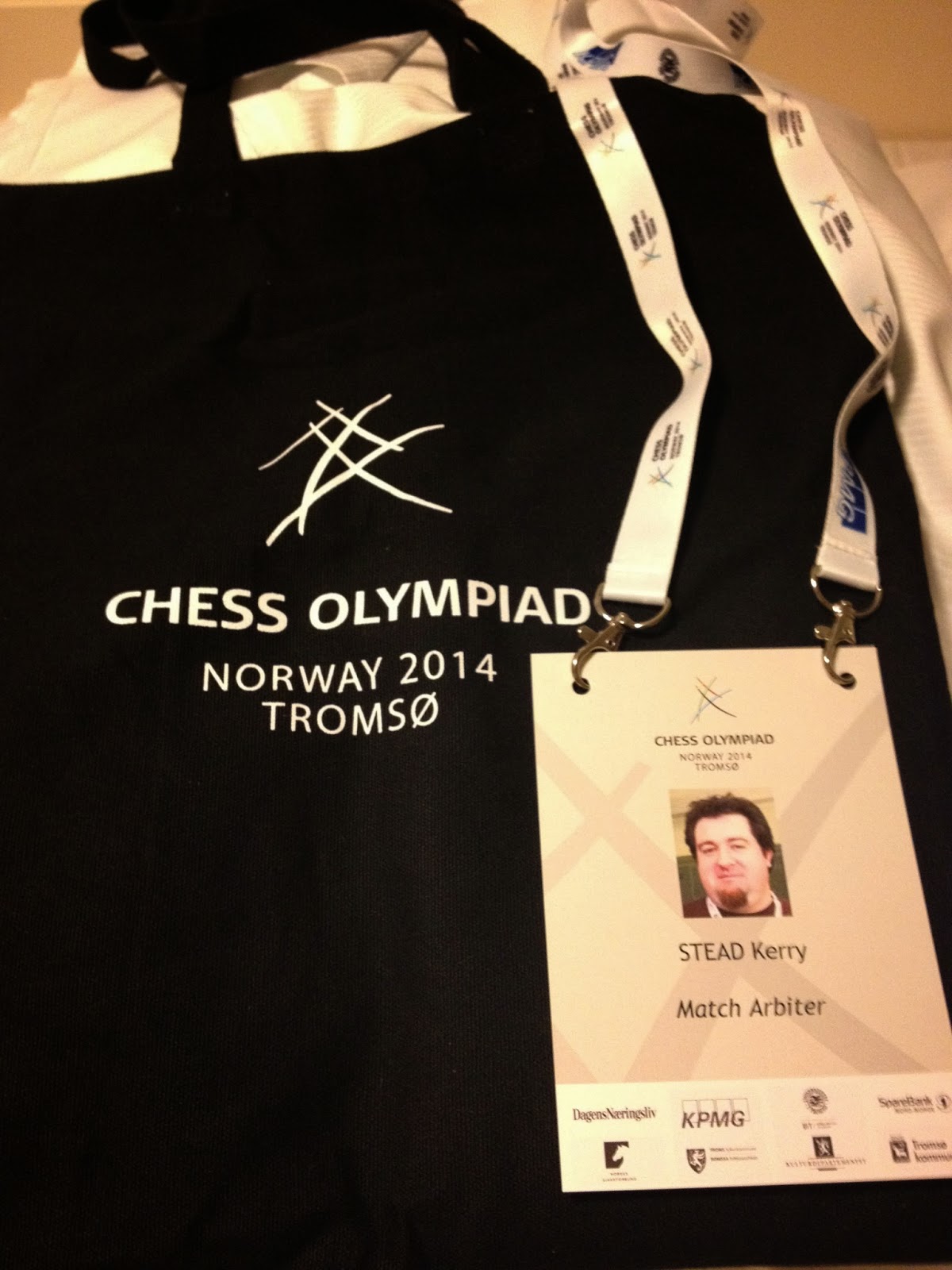 My 'welcome pack' with my accreditation for the tournament
Posted by MelbourneGamesCoach at 16:29