I'm currently on the Pacific island of Guam, where the 2015 Guam International Open is being held. I am here as the chief arbiter & potential fill-in player. There are 22 players in the event, most of whom are locals, although the event has been significantly enhanced by the presence of two Filipino Grandmasters, top seed Darwin Laylo & legend of Asian chess Eugene Torre! Other foreign players competing include FM Ignatius Leong from Singapore, who is head of the Kasparov Chess Foundation Asia-Pacific and former Secretary of FIDE, Tito Cabunagan from Palau & eight year old Yanis Warnier from France.
I arrived here a few days before the tournament started & the views of the water & coastline are fantastic, however the heat & humidity makes venturing out during the day quite difficult. I tried walking around the local shops near the middle of the day & returned to the hotel covered in sweat! I'm hoping once the tournament is finished that I will have some more time to look around the island, particularly at the various sites relating to World War II, which saw the country occupied by the Japanese for around three years. 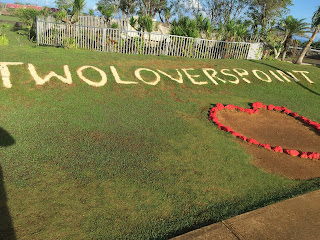 Two Lovers Point, one of the may tourist attractions on the island of Guam 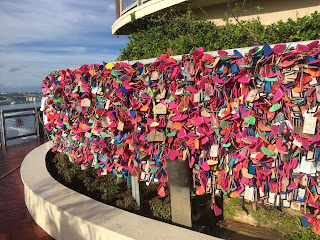 'Love Locks' are a feature at Two Lovers Point 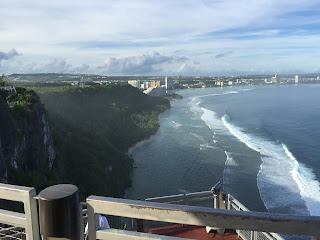 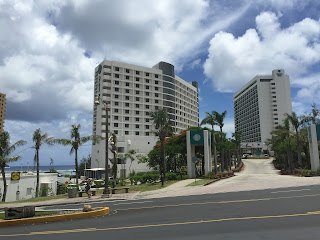 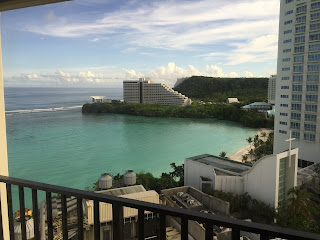 The spectacular view from my room on the tenth floor 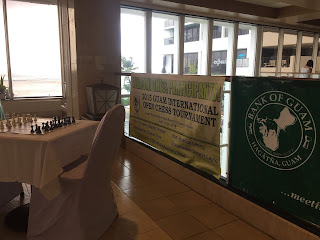 The afternoon before the tournament saw a press conference held at the hotel - I even get a mention on one of the banners for the tournament! 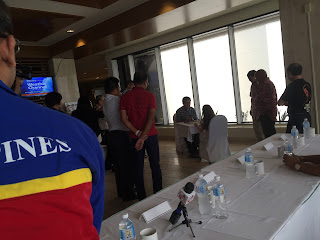 The press conference also saw a ceremonial first move between Eva, a young local girl & GM Torre.
There was also an article written about the tournament in the local newspaper, the Pacific Daily News 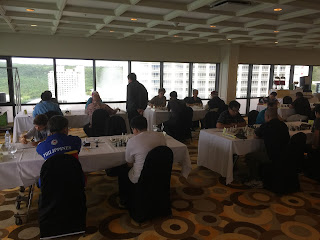 Round 1 of the tournament underway on the eighteenth floor of the hotel! 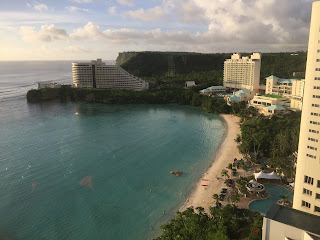 A sample of the spectacular views from the eighteenth floor! It might make it tough for the players to concentrate on the chess! 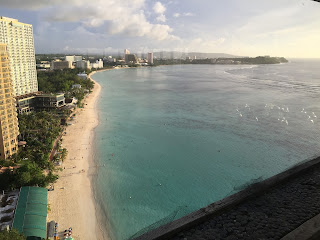 More spectacular views of the coastline from the playing venue 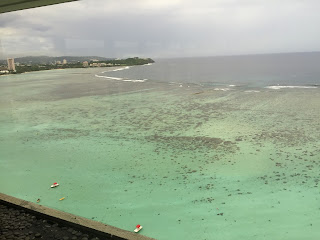 Magnificent clear blue water just outside the hotel!
Posted by MelbourneGamesCoach at 19:49