No major upsets at the top end of the tournament, with GMs Laylo & Torre sharing first place in the 2015 edition of the Guam International. Guam Champion, Efren Manuel beat everyone he played other than the two Grandmasters, to finish in outright third place. Peter Mafnas won the final game to finish against Malcolm MacFarland to secure outright fourth, while Olga Szekely & Ignatius Leong were the lucky ones who managed to avoid playing both Grandmasters & snuck into equal fifth place with 5/9.
Full results as well as all games are available on Chess Results. 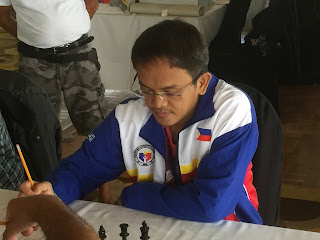 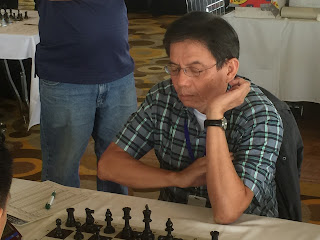 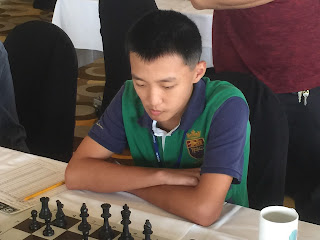 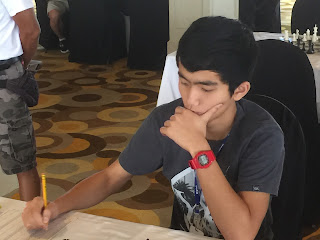 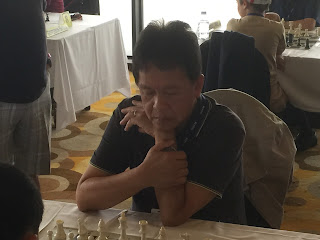 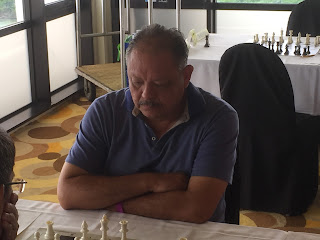 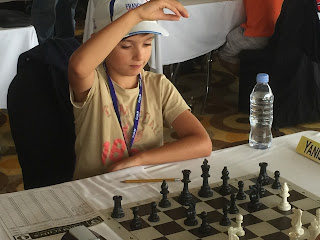 Youngest player in the tournament, who finished strongly, Yanis Warnier from France - watch for that name in the future! 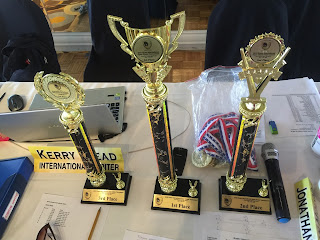 Fantastic trophies for the winners! 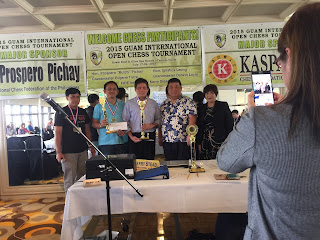 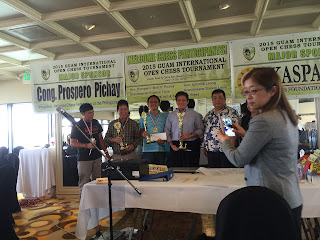 Top three placegetters in the tournament with their trophies! 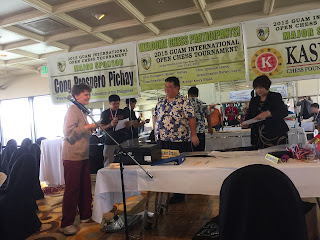 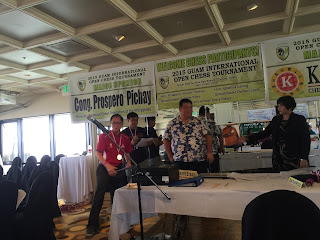 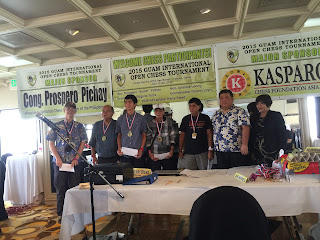 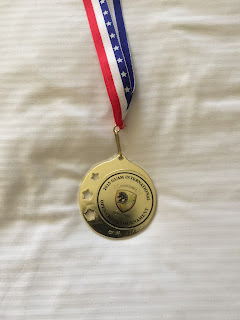 All players received a medal for their participation 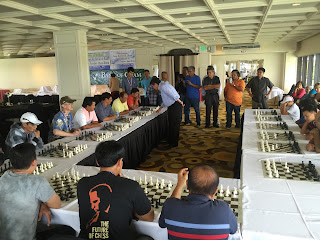 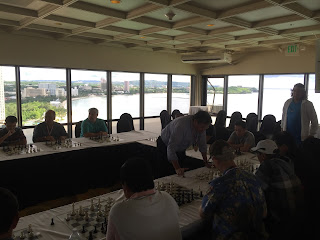 He was able to concentrate in spite of the fantastic view just over his shoulder! 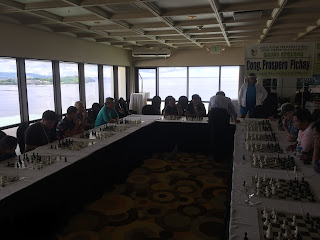 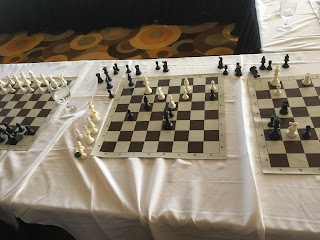 Rudy Soriano was the player who drew, when Torre gave him a draw at the end of the simul in the position above, which sees Torre with two knights, one bishop & two pawns against Soriano's two bishops & three pawns.
I also managed to record some video footage of the simul - notice how the dynamic changes as the simul progresses!
Part 1, with all participants still in action
Part 2, with some games finished & others well into the middlegame
Part 3, the final stages, with only a few games left
Posted by MelbourneGamesCoach at 02:06