The Hjorth Open (previously the Melbourne Cup Weekender) has become a major event on the Australian, let alone Victorian calendar! This year attracted 86 players, far more than previous years & this can be attributed to the hard work done by those at the Melbourne Chess Club (largely tournament organiser Simon Dale) in organising & publicising the event & making every effort for it to be a fitting tribute to IM Greg Hjorth, who passed away unexpectedly in early 2011. Greg's family has also been a driving force behind the event providing sponsorship not only for this event, but also adding a Brilliancy prize to events held at Melbourne Chess Club throughout the year.

With such a large number of players at the club, the first round started a little late, however not before a short opening ceremony where Melbourne Chess Club President Paul Cavezza welcomed everyone to the tournament & shared some memories of Greg.

Round 1 saw most games going according to rating, although there were a few draws on the lower boards. Of the top boards, the board 4 clash between FM Chris Wallis & Rad Chmiel was probably the most interesting of them all, with Chris gaining an opening edge before inexplicably giving away an exchange (the post-mortem suggested that Chris had mentally 'played' Rg1 or Rf1 before Bf3, but then moved the bishop first by mistake), before putting his strong central pawns to work, with a second, intentional, exchange sacrifice securing the victory. 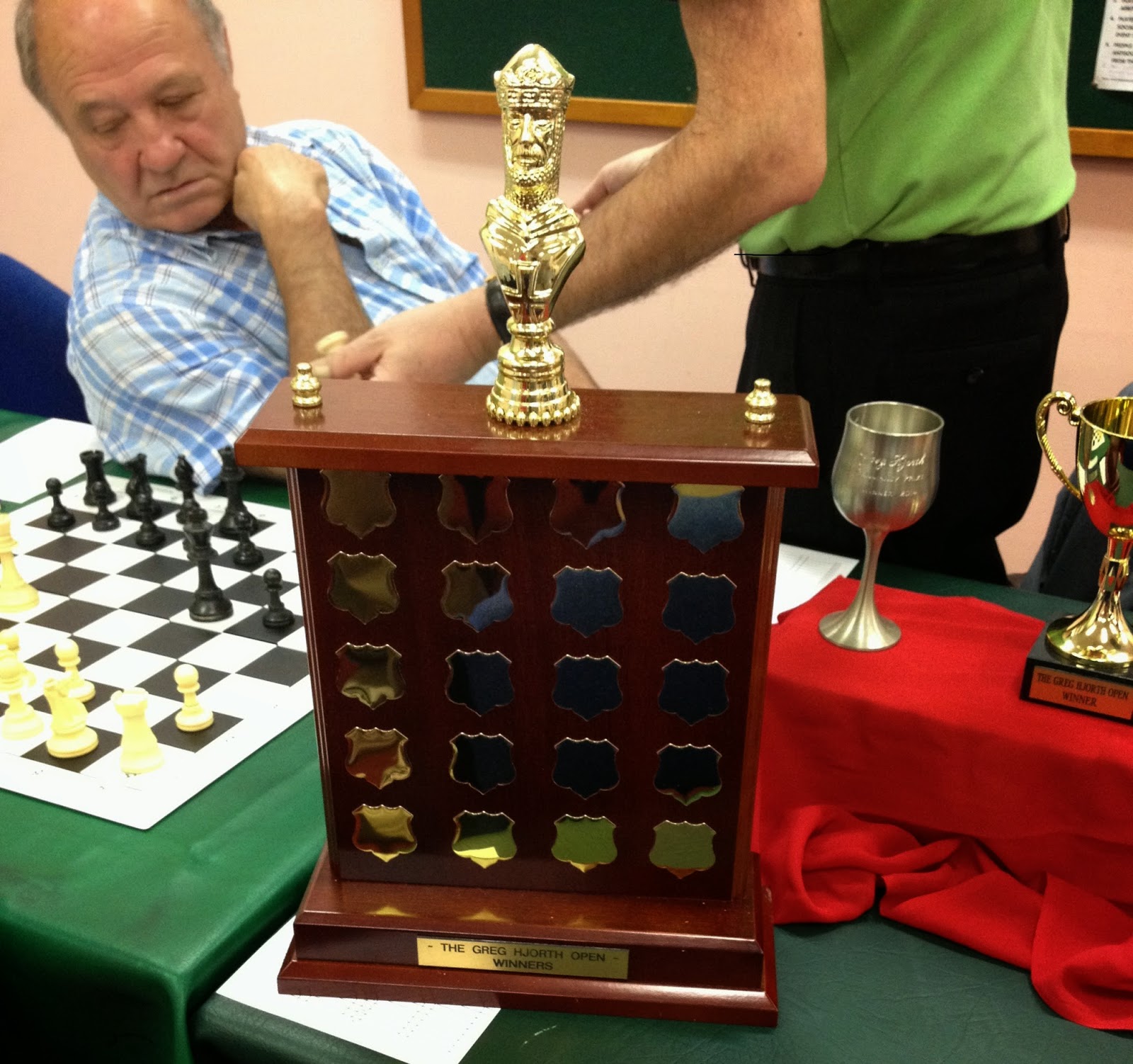 The new perpetual trophy for the winner of the Hjorth Open 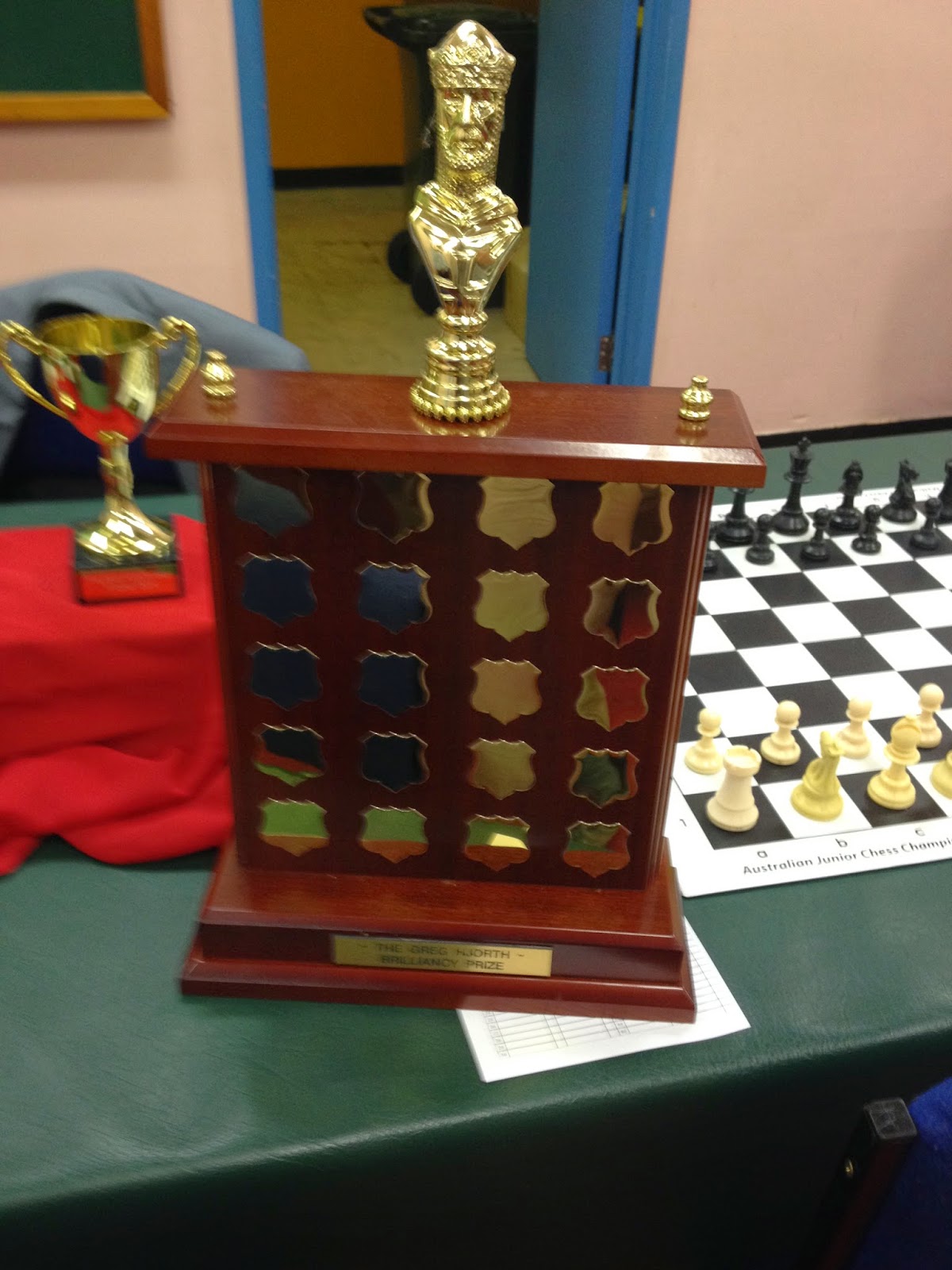 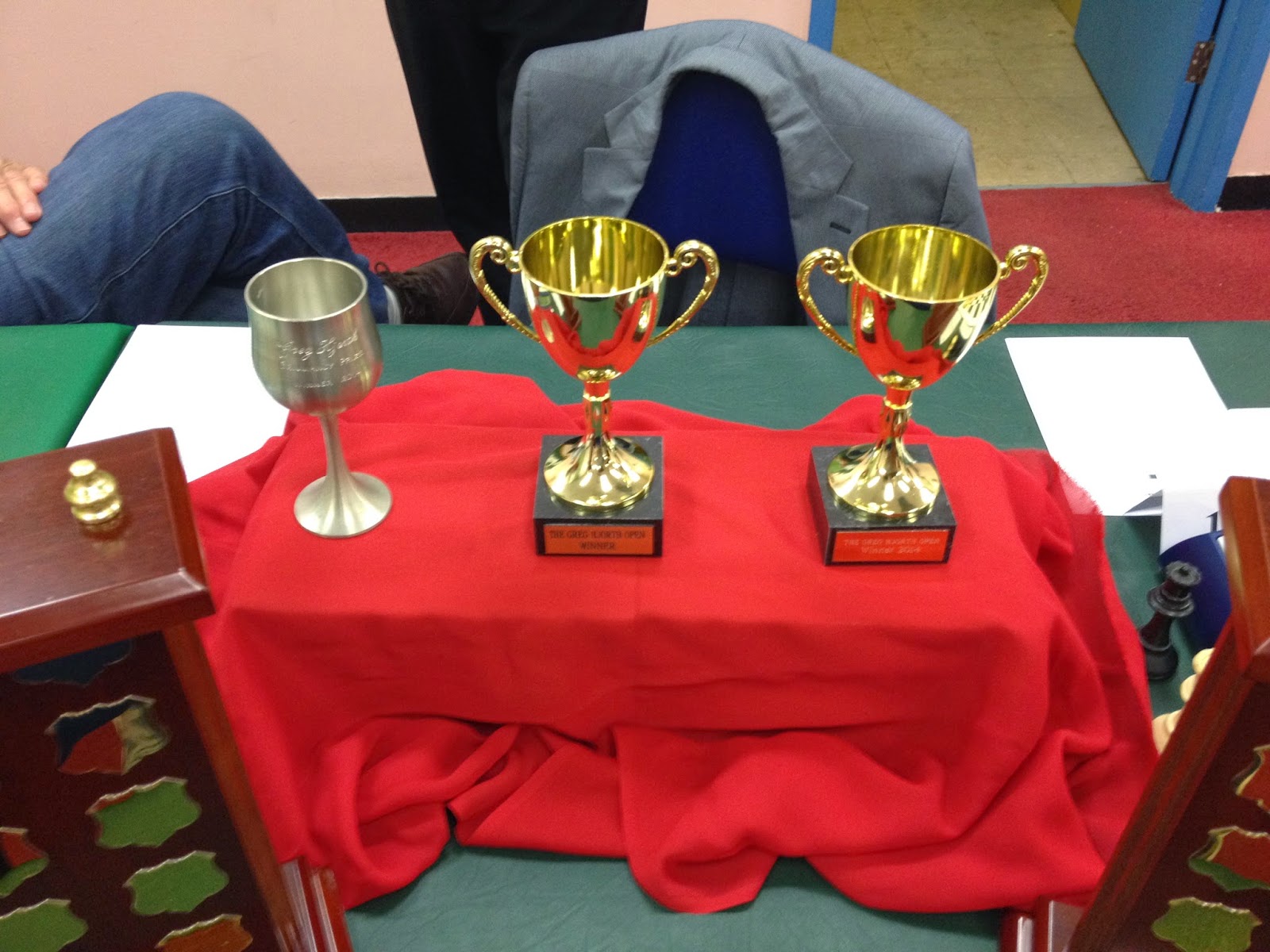 Trophies for the winners of the Hjorth Open & Brilliancy Prize. 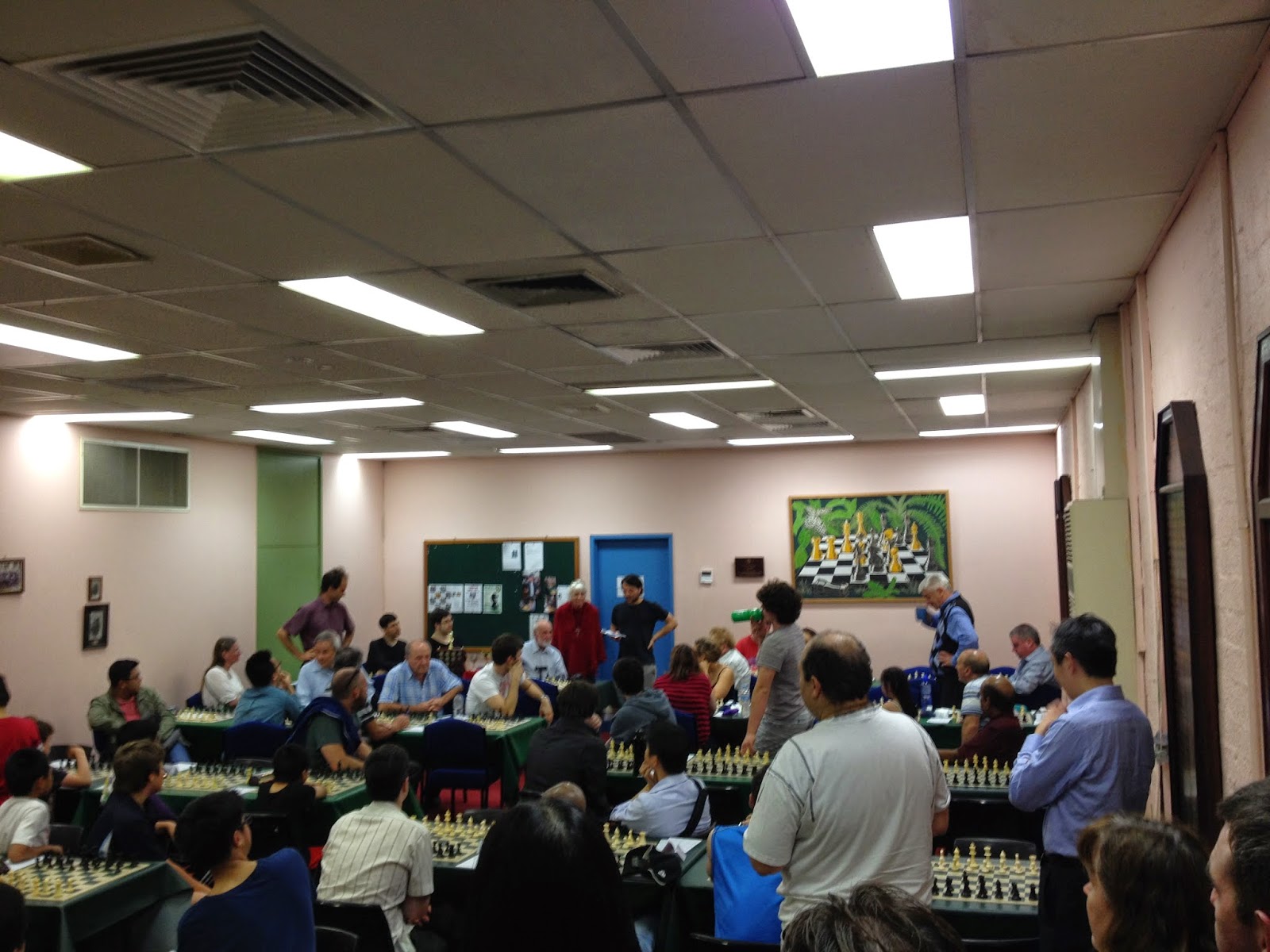 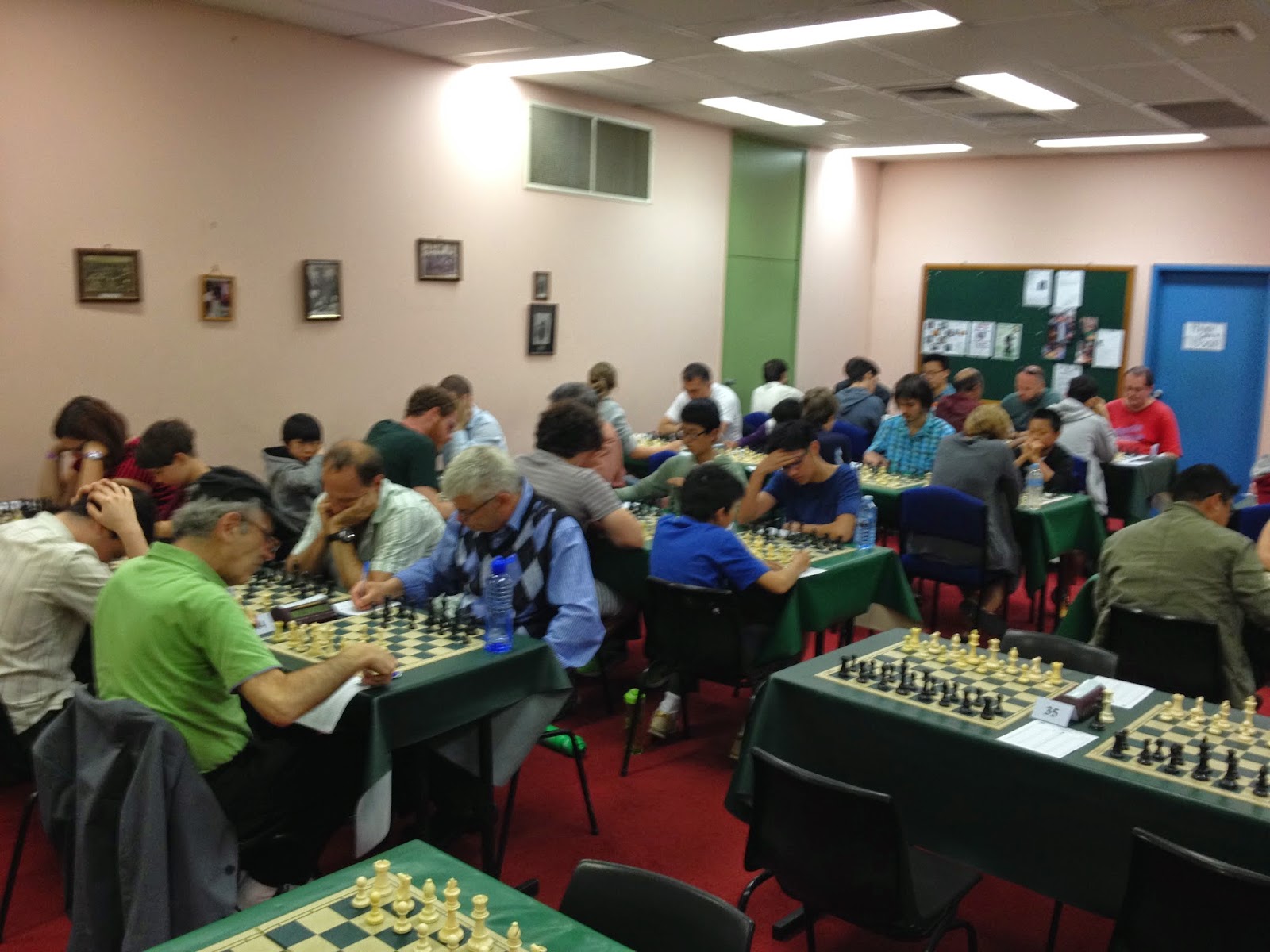 Round 1 underway in the main hall, almost filled to capacity! 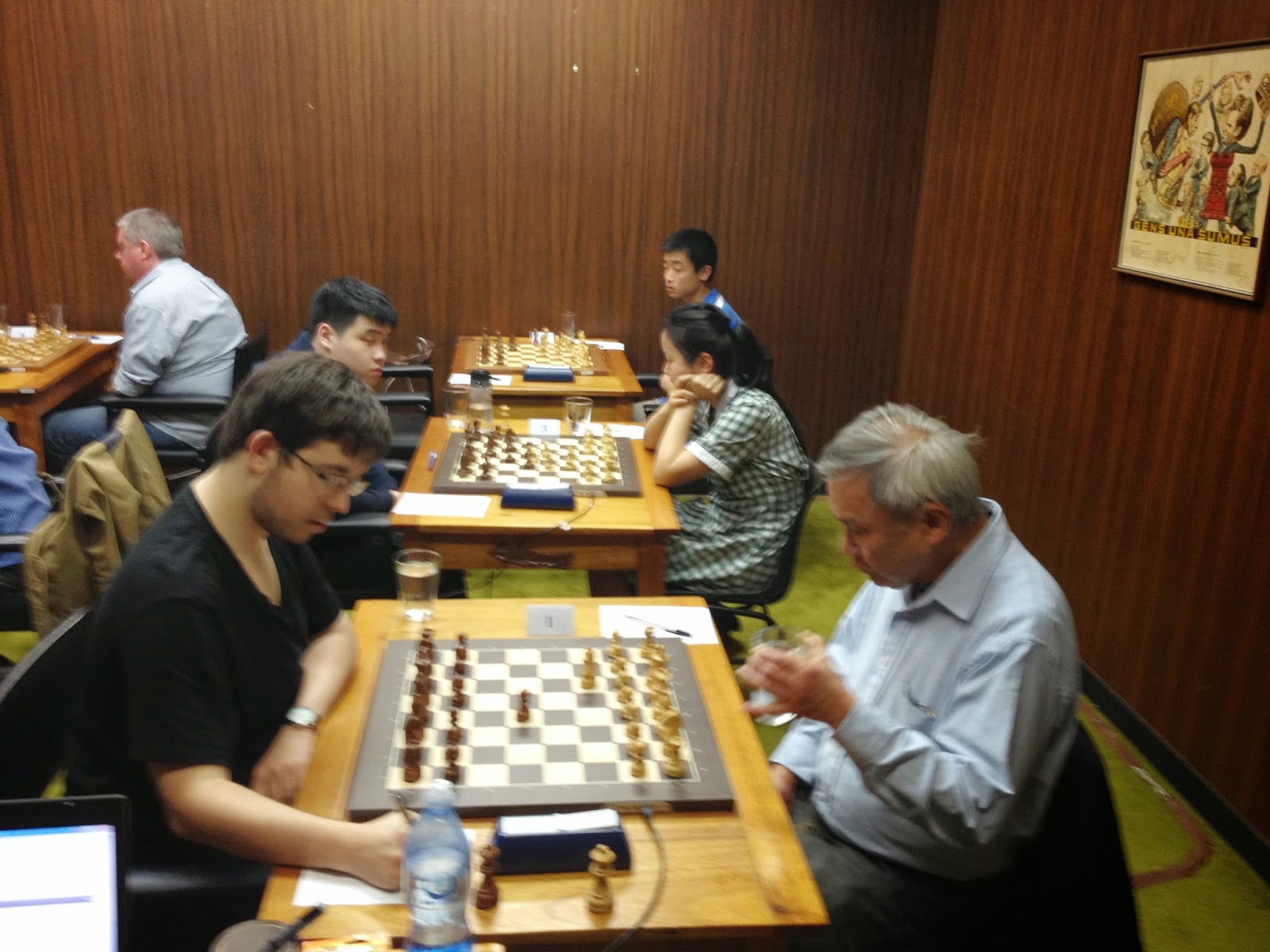 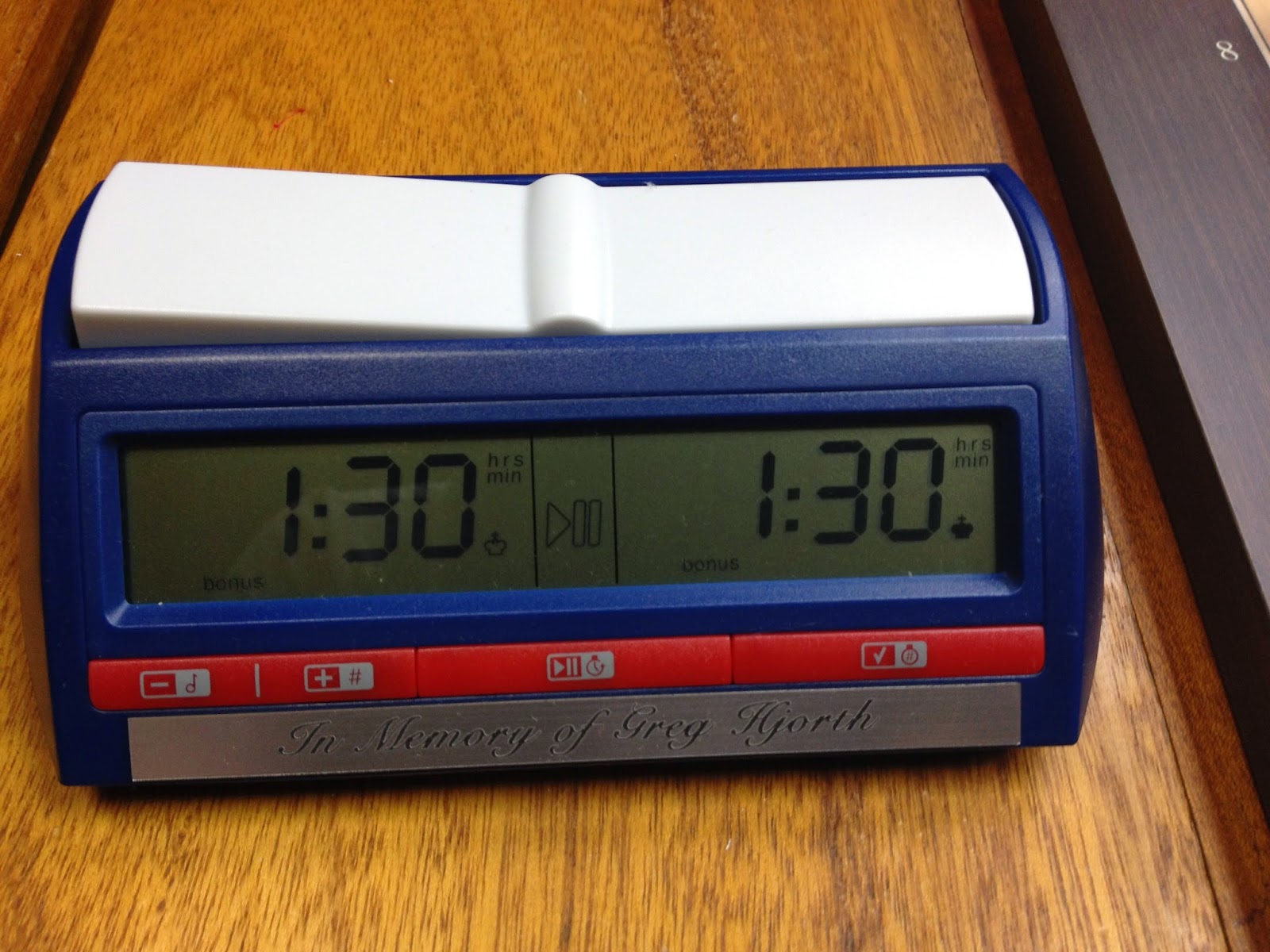 A number of clocks are being used during this event with the inscription 'In Memory of Greg Hjorth' on them. 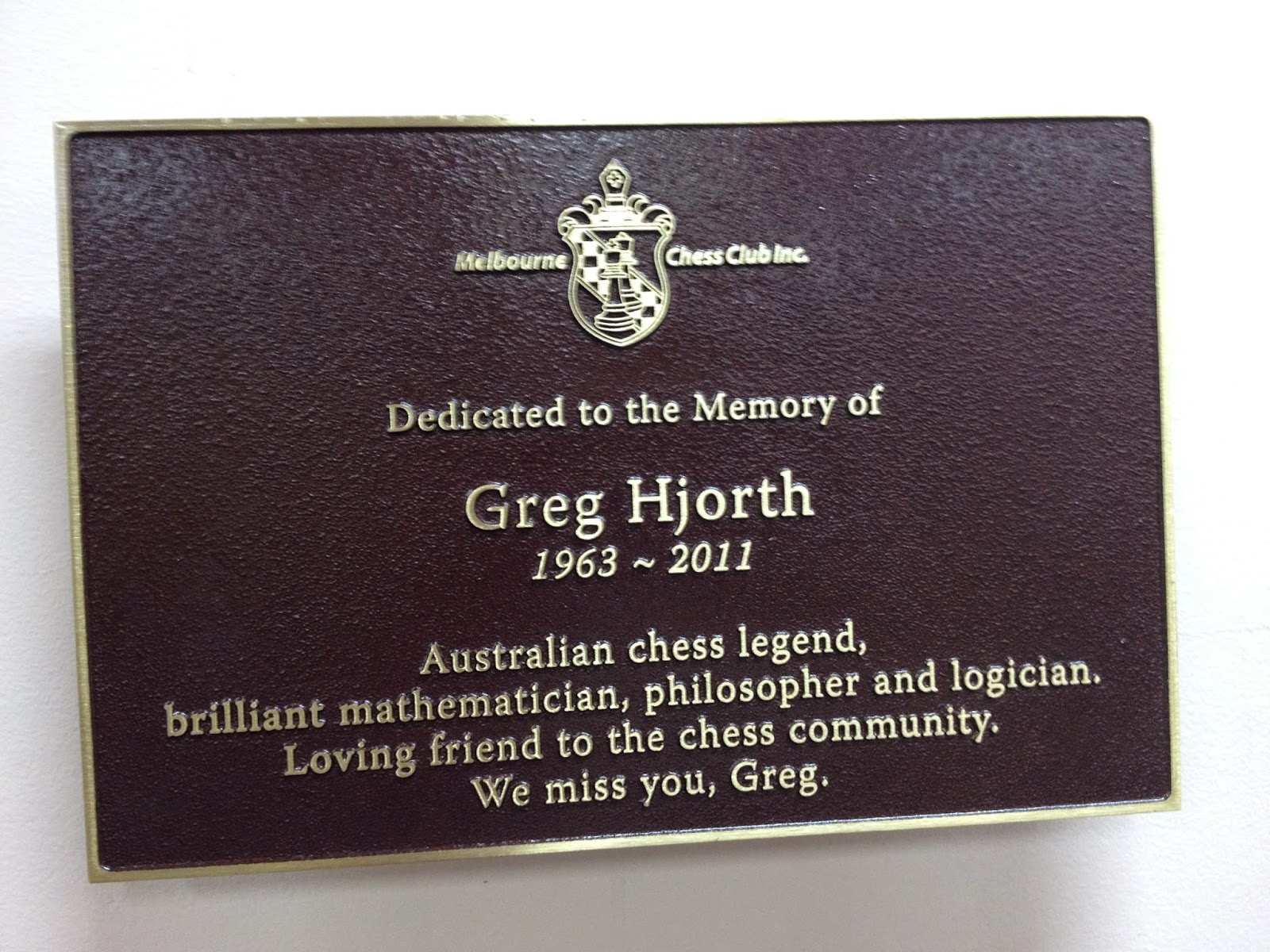 Plaque on the wall of the main tournament hall dedicated to Greg Hjorth.
Posted by MelbourneGamesCoach at 23:24