This was a new event on the Victorian chess calendar for 2014 & featured individual tournaments for children born in the same year playing in a 7 round tournament with a time limit of 15 minutes per player for the game. The event was held at Glen Waverley Secondary College, who are not only one of the stronger chess schools in the state, but are happy to support chess by providing the venue for the event! The event was the result of efforts of NY Wong, who came up with the idea (although he may have 'borrowed' it from elsewhere) as well as being the main organiser of the tournament. As a testament to the quality of work put in by NY, the tournament attracted around 150 entries in its first year, with players from 5 to 17 years of age!
The 14-17 year old boys division was won by Zachary Loh on tiebreak from Jack Puccini, with Karl Zelesco in third place, which should give you some idea of the quality of the field. The 13-17 year old girls event was won by Rebecca Strickland ahead of  Alanna Chew Lee & Zhi Lin Guo.
Full results of all tournaments are now on the Chess Victoria website.
I was the chief arbiter for the event & although it was a little tricky to run from an administrative perspective (running 13 tournaments across 3 computers & 1 [later 2] printer was a challenge!), I think the event ran fairly smoothly, with very few issues & kids who were all keen to play.
Hopefully it is a good sign for both the quality & quantity of school & junior chess in Victoria in 2014 ... and hopefully the event can continue to grow & become a regular feature on the Victorian chess scene! 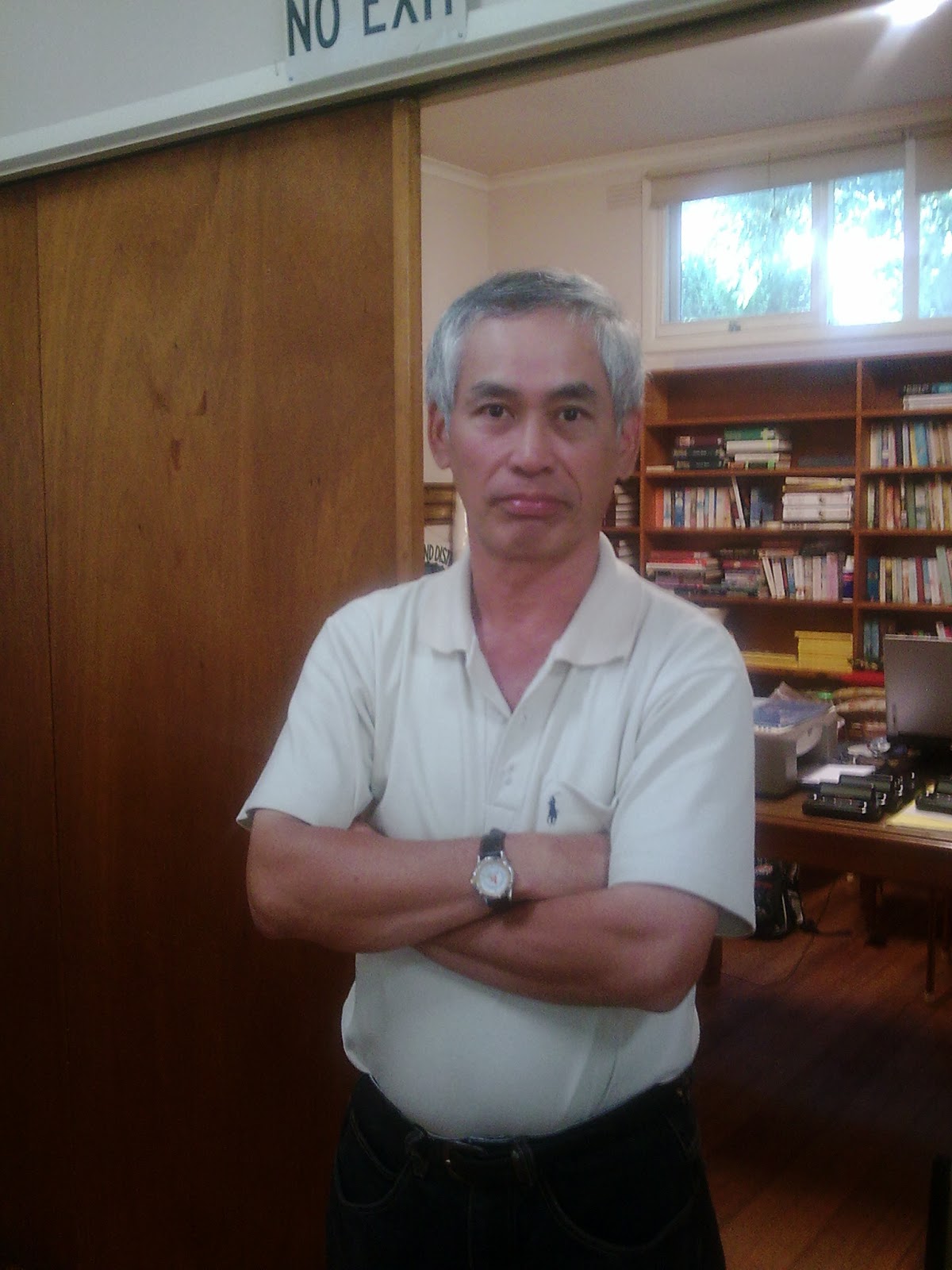 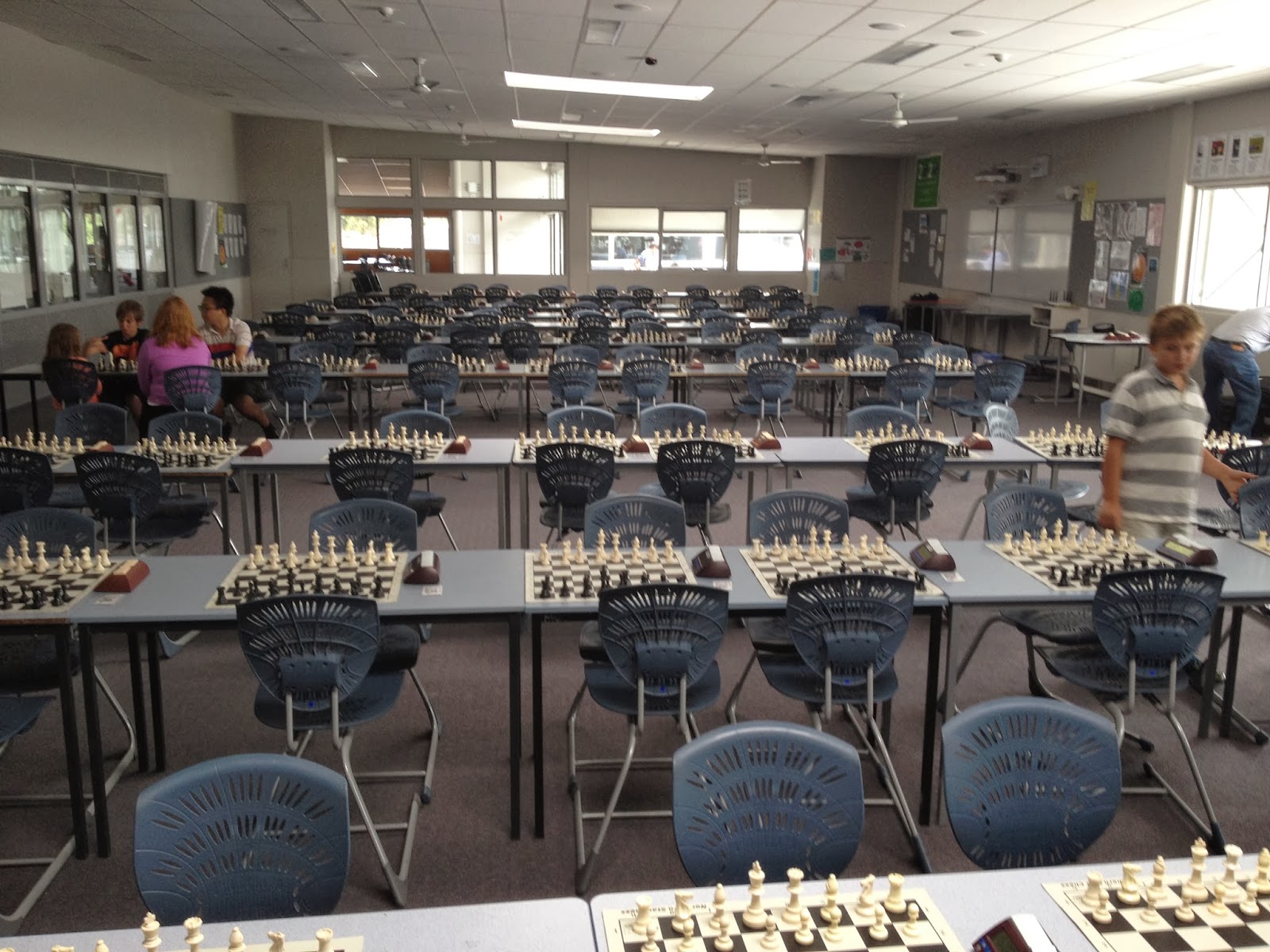 Tournament hall before the tournament started 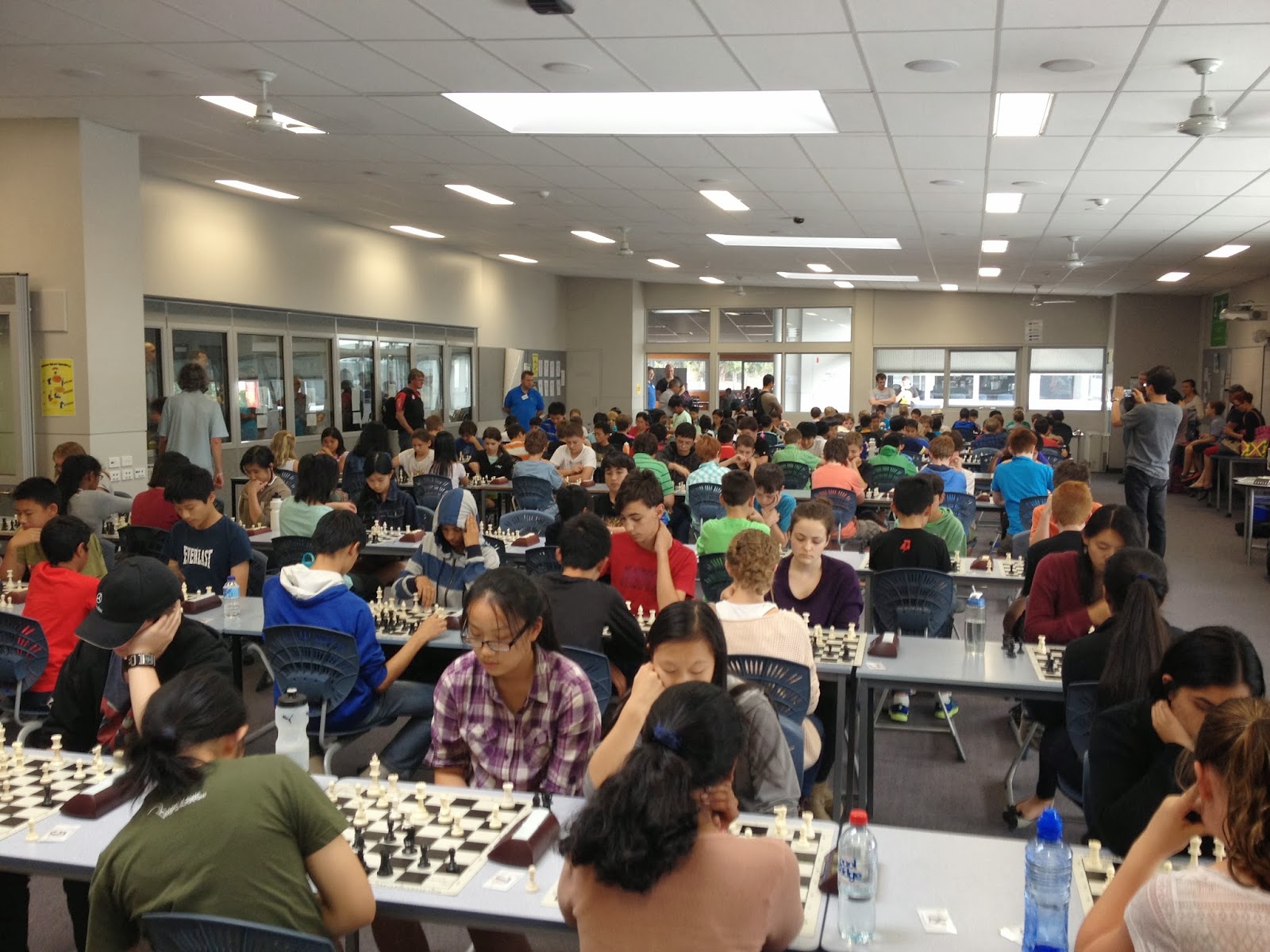 Tournament underway with a room full of keen chess players! 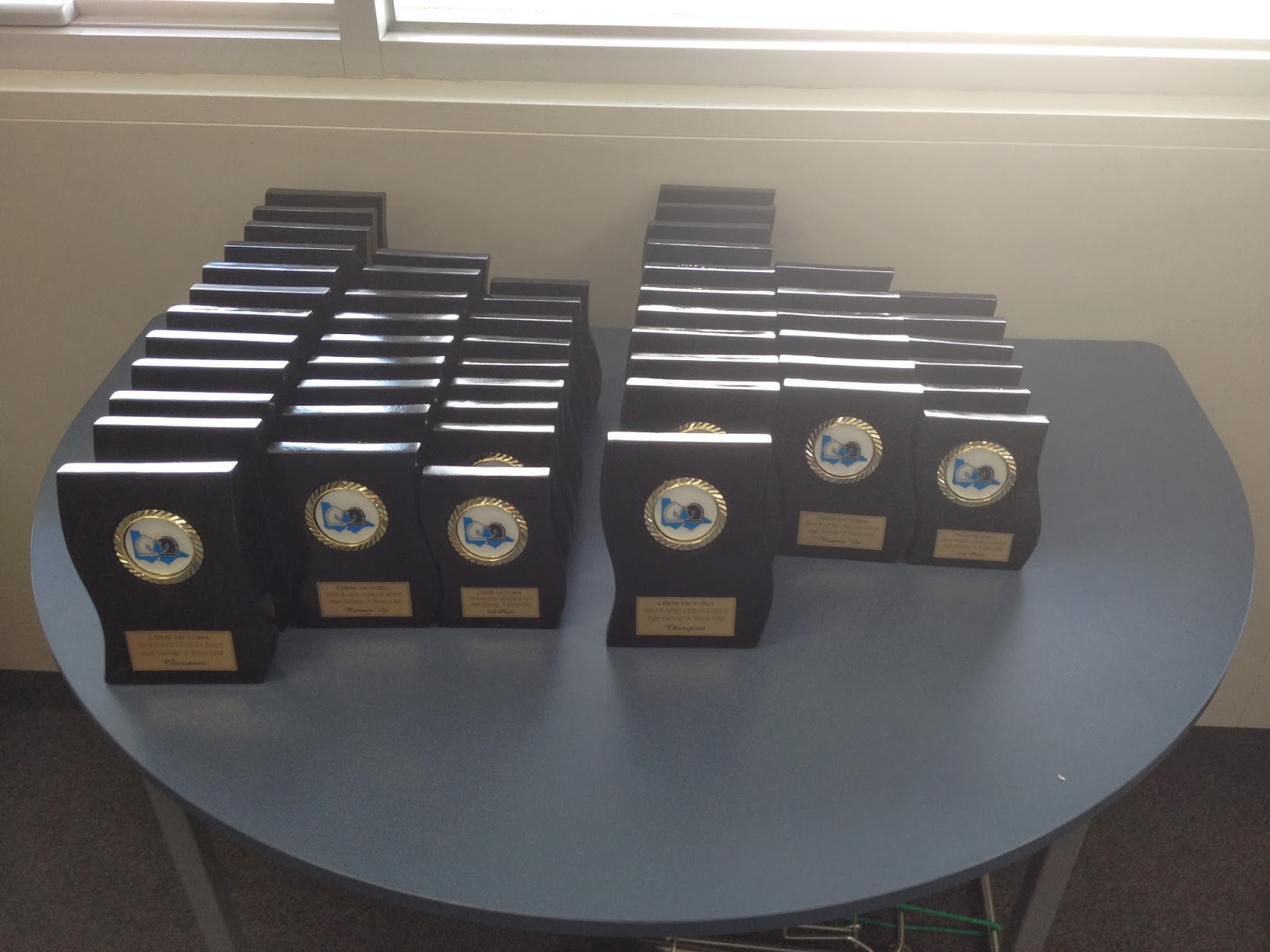 Trophies for the top 3 placegetters in each age group 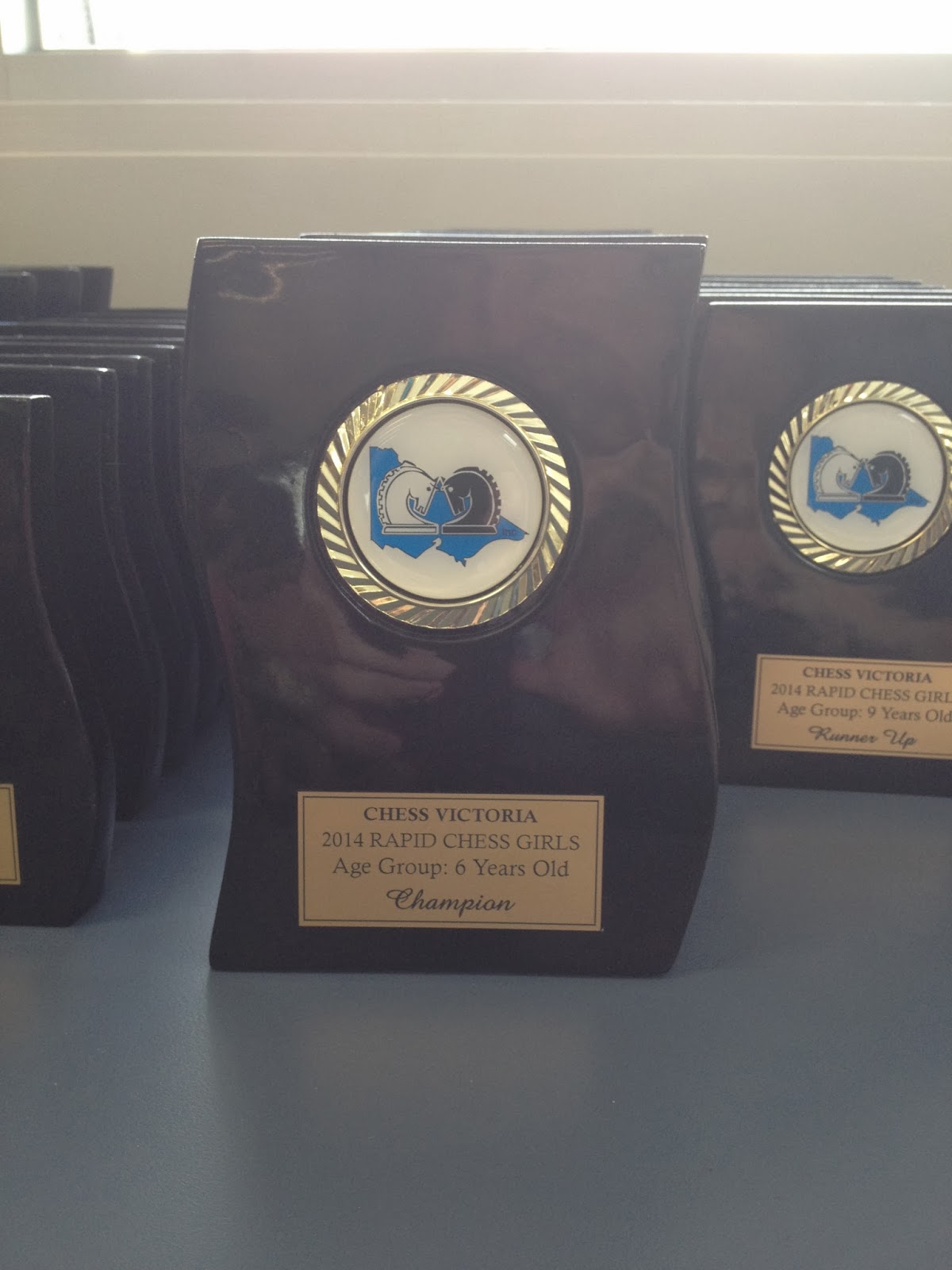 Close up view of the excellent trophies on offer!﻿
Posted by MelbourneGamesCoach at 18:03