It's that time of year ... and not just in the various footy codes! It's also finals time for school chess!
Over the last week, Chess Victoria have hosted the first of the Primary Open Semi-Finals (there's a total of 4 to be run this year, up from 2 last year), as well as the Secondary Open Final, the Secondary Girls final & the Primary Girls final!
I have been the chief arbiter for all of these events, with NY & Jaclyn Wong helping at all of these events, while other arbiters have included Leonid Sandler, Tanya Krstevska & Tony Davis.
These events bring together the best of Victorian school chess, and often prove to be tougher events than the Victorian Junior proper (U14-18, U12, U8-10), which was held earlier in the year!
As there are so many Primary school event, the finals are a multi-stage event, with 4 semi-final qualifiers which are run as individual swiss events, which then lead to the final, which is a teams swiss event, with 5 players per team (school). The Secondary Open, Secondary girls & Primary girls events are all run as individual swisses, with the top 5 scores from each school going towards the overall school total, with the top school in each division taking out the Victorian title, as well as qualifying for the Australian Schools Championship, which is held in early December each year, this time in Queensland.
The first event on the finals calendar this year was a Primary Open semi-final at Billanook College. It was a relatively small tournament, with 60 players from 12 schools. In the individual tournament, Ethan Lim was dominant, winning with 7/7, although he was pushed in a few games, most notably by Carl Dingfelder (who finished in a tie for 2nd on 6/7). 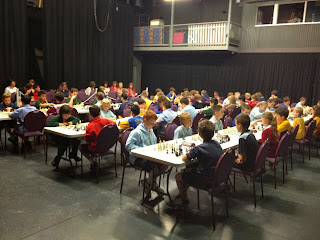 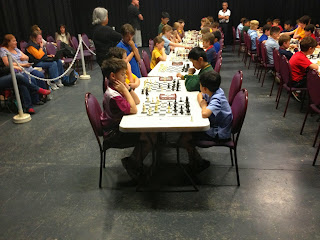 The key clash of the day - Dingfelder v Lim 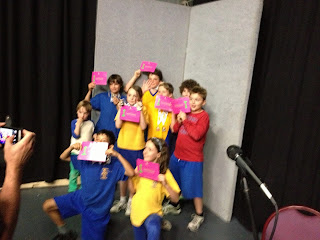 The winning school on the day - Alphington Primary!

Next on the schools agenda was the Secondary Open final held at Brighton Grammar. This was a large event, with 153 players from 23 schools. On paper, the event was going to be dominated by Melbourne High, and in the end that is exactly what happened - when you have a team lead by IM Bobby Cheng, FM Luke Li & IM Ari Dale, the competition is going to be in for a tough day! In the end, both Bobby & Ari finished on 7/7, while Luke scored 6.5/7 to scoop the top three individual places, as well as ensure a commanding victory for the school overall on the day. 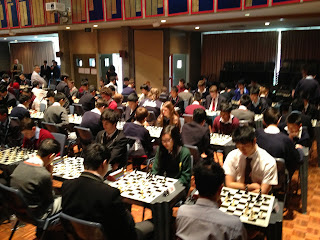 Top boards, with Bobby Cheng on board 1, with Luke Li (back to camera) & Ari Dale on the top 3 boards - a place they stayed on for almost the entire day! 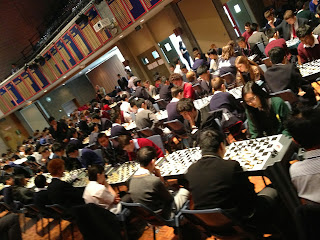 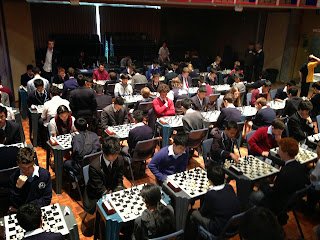 One side of the tournament hall, with the top boards in the row closest to the camera 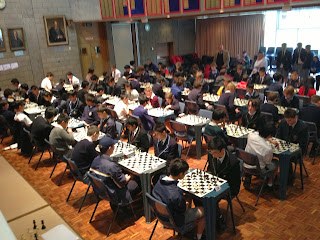 The other side of the tournament hall 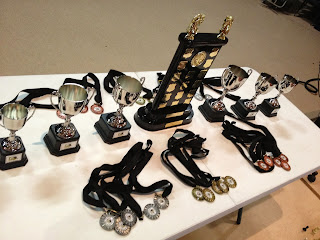 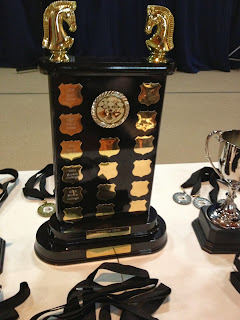 The perpetual shield - which will now have Melbourne High engraved on it for the first time! 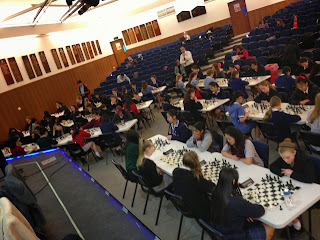 The Secondary section of the Girls final 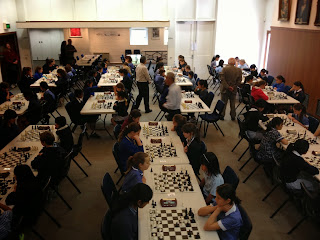 The Primary section of the Girls final 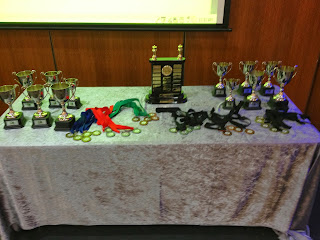 Trophies & medals for the winners! 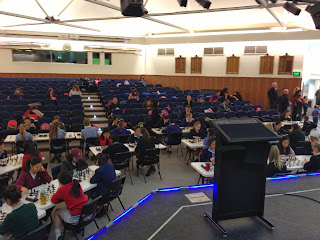 Quite a few parents & teachers in the audience for the day 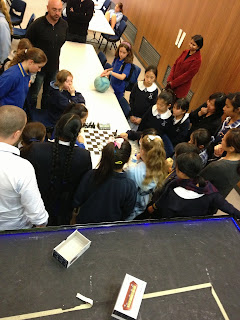 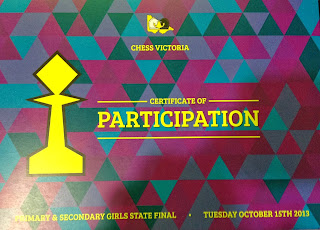 Certificate for participants in the Primary & Secondary Girls finals 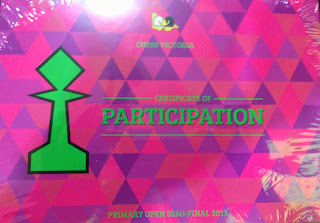 Certificate for participants in the Primary Open semi-finals 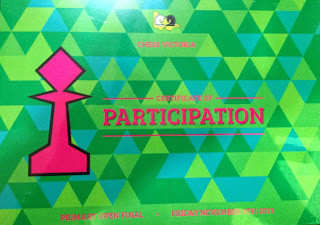 Certificate for participants in the upcoming Primary Open final

There's more events in the next few weeks, so I'll try to update the blog with results & photos when I get a chance.
Posted by MelbourneGamesCoach at 18:59