Although it seems like a very tedious subject, the rules of chess have once again become an issue in 'club-land', where the rules of chess are often claimed to be known, but it seems in practice very rarely are.
The latest drama has come about as a result of Melbourne Chess Club starting a regular Tuesday night blitz chess tournament. Paul Cavezza has written a little about the issues on his blog, but it once again highlights the issue that chess players simply don't know the rules.
The first issue was regarding flag fall & 'sufficient mating material'. In the instance on Tuesday, a player had numerous pieces against a king & knight & lost on time. The arbiter on the night (apparently Paul) ruled the game a draw. He based this on something he found online regarding USCF rules, as well as standard practice on various online chess servers such as ICC, Playchess, etc.
Unfortunately this is simply incorrect as far as the correct FIDE rules are concerned.
However, before I get to the specific rule regarding flag fall, I should point out the Introduction to the FIDE Code of Ethics
1. Introduction
1.1 The game and concept of chess is based on the assumption that everyone involved / concerned observe existing rules and regulations and attaches the greatest importance to fair play and good sportsmanship
This then leads into the rules regarding flag fall ...
6.8 A flag is considered to have fallen when the arbiter observes the fact or when either player has made a valid claim to that effect.
6.9 Except where one of Articles 5.1.a, 5.1.b, 5.2.a, 5.2.b, 5.2.c applies, if a player does not complete the prescribed number of moves in the allotted time, the game is lost by that player. However, the game is drawn if the position is such that the opponent cannot checkmate the player’s king by any possible series of legal moves.
Clearly there was no doubt that a player's flag had fallen. The issue was then about 6.9, but notice that it is only a draw if checkmate is not possible by ANY POSSIBLE series of legal moves - they do not have to be reasonable moves, simply legal moves. This means that in the vast majority of cases it is possible to create a checkmate with a lone knight & king. 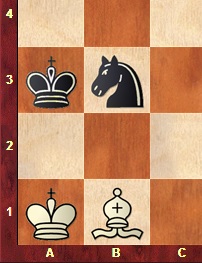 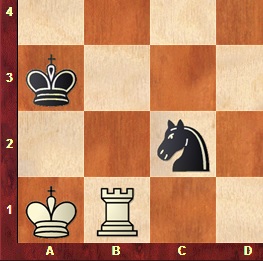 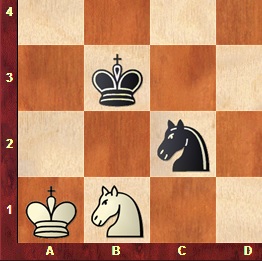 Checkmate with King & Knight v King & Knight
In short, the player with the king & knight against the army of pieces that ran out of time should have been awarded the win.

The second issue was perhaps more surprising, as it was in relation to the 'touch-move' rule.
The relevant sections of the laws of chess are as follows:
4.3 Except as provided in Article 4.2, if the player having the move touches on the chessboard, with the intention of moving or capturing:
a. one or more of his own pieces, he must move the first piece touched that can be moved
4.7 When, as a legal move or part of a legal move, a piece has been released on a square, it cannot be moved to another square on this move
In the game in question, a player apparently moved a knight to a square, released the piece, decided it was not a good move & then moved it to another square.
This is clearly against the laws of chess!
Apparently the player in question was under the impression that the usual touch-move rule (of which he was aware) did not apply in Blitz chess!
Although there are some rules that do not apply in Blitz chess (these are briefly covered in the Appendix A & B of the Laws of chess, regarding Rapidplay & Blitz), the touch move rule is most definitely one that DOES apply!
Of course the most famous incident related to the touch-move rule was from Linares in 1994, when Garry Kasparov (playing against Judit Polgar) apparently released a knight (which he had picked up from d7) on c5, but realised it was a mistake & changed the move to Nf8. There is a brief mention of it on Wikipedia, however it seems that the TV footage (which apparently clearly captured the incident) has not made it to the internet.

In my regular work for Northern Star Chess, I often run tournaments where one of the pre-tournament announcements involves repeating the touch-move rule to the players (many of whom are playing in one of their first organised chess tournament).
My explanation is essentially as follows: 'If you touch a piece, you must move it; Once you let go of a piece it has to stay on that square'
The kids happily accept this simplified explanation & any incidents are fairly easy to deal with, with most kids normally accepting the 'warning' option if there is any doubt about whether someone let go of a piece or not. Adults on the other hand ... jaded by life experiences, seem far less willing to 'budge' from whatever their initial reaction is to the situation.

To my mind, the simple option is to be fair & reasonable in all circumstances ... and if in doubt, look up the actual rules (well worth knowing) before creating a commotion!
Posted by MelbourneGamesCoach at 04:32