Best in the West

The annual Best in the West weekender was held once again at the Louis Joes Arts & Community Centre & this year attracted another excellent turnout of 88 players. Given that I had been an arbiter at so many events of late, I thought I would play in the event - and it was a good change from the 'other' side of the chess board.
The top seeds for the event were IMs Kanan Izzat, James Morris & Ari Dale, as well as FMs Domagoj Dragicevic & Dusan Stojic. I was 14th seed for the event, so it was fairly top heavy & it would be tough going for me to finish with a prize considering I was the lowest seed who was not also eligible for a rating prize (divisions started at under 2000). 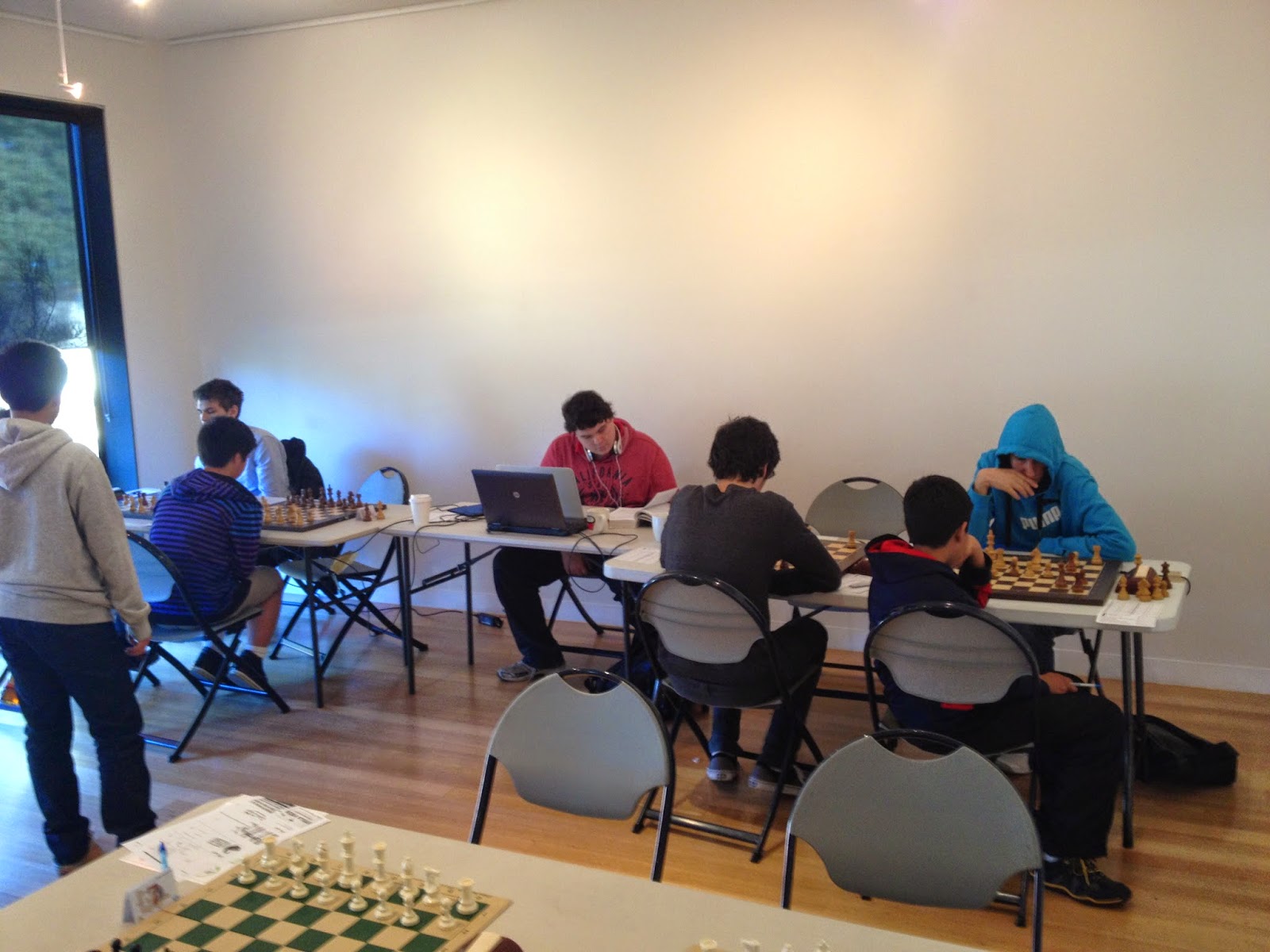 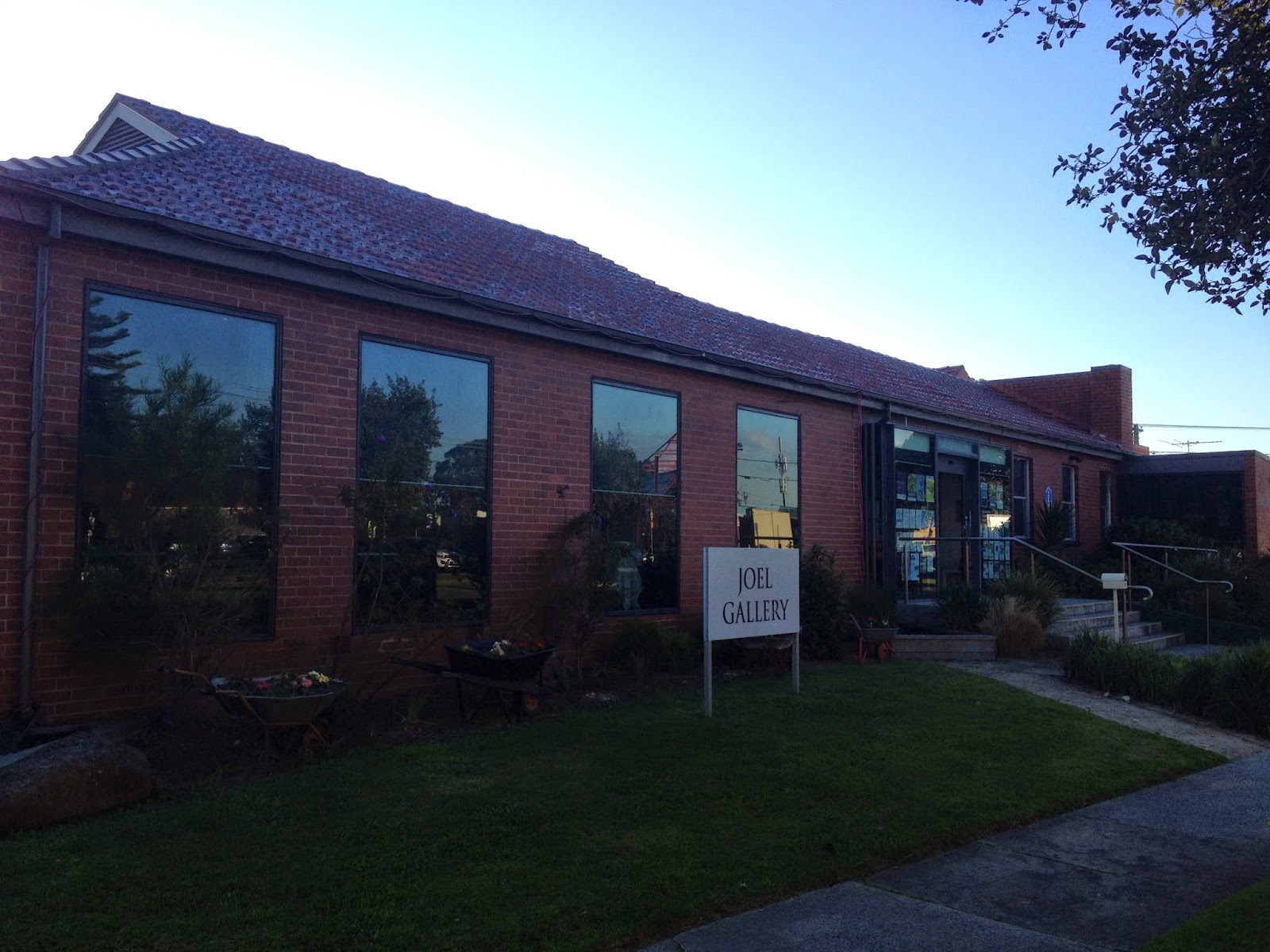 The Joel Louis Arts & Community Centre, venue for the Best in the West 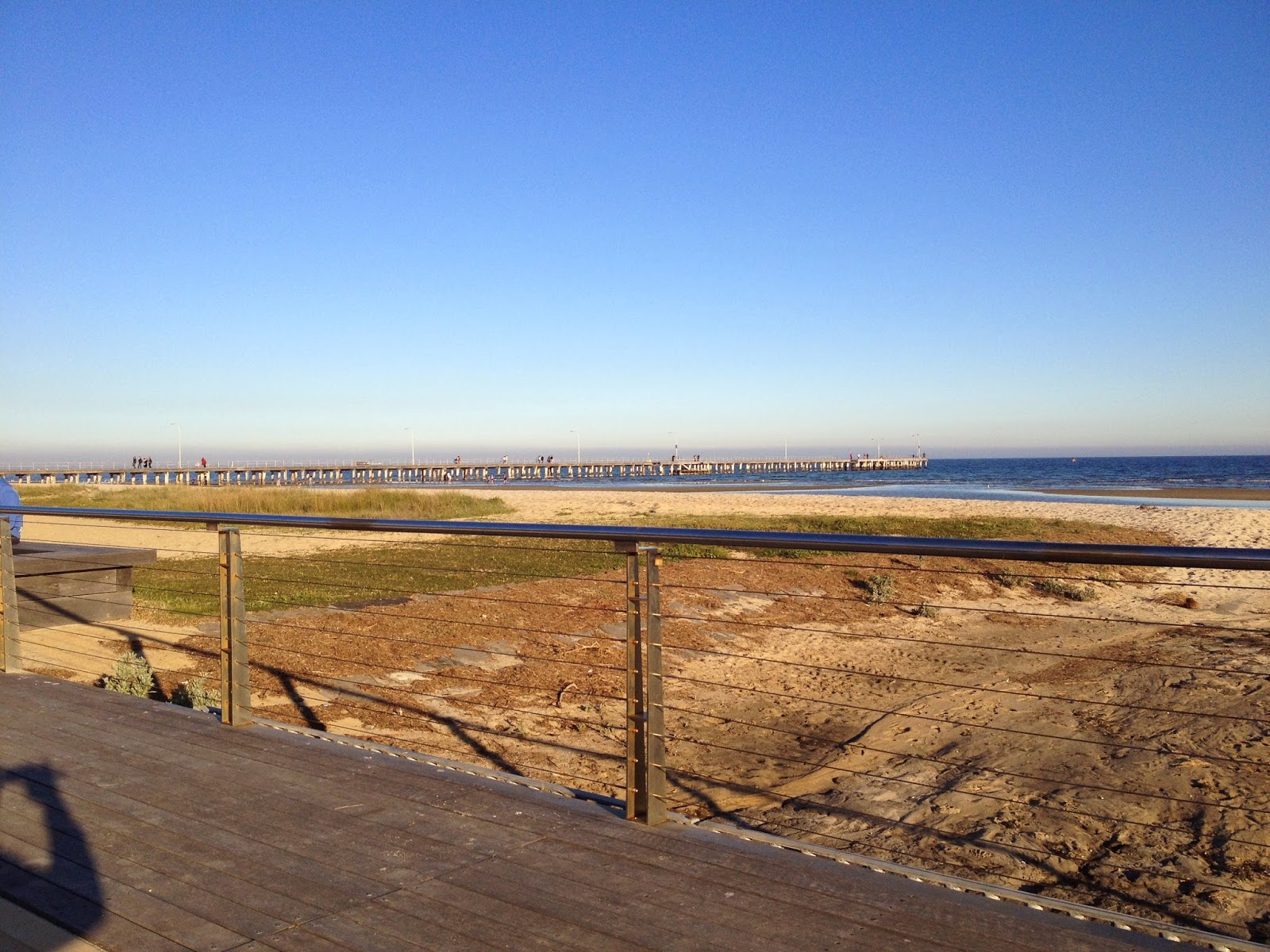 The venue is only a short walk to the beach - good for some relaxation in between games! 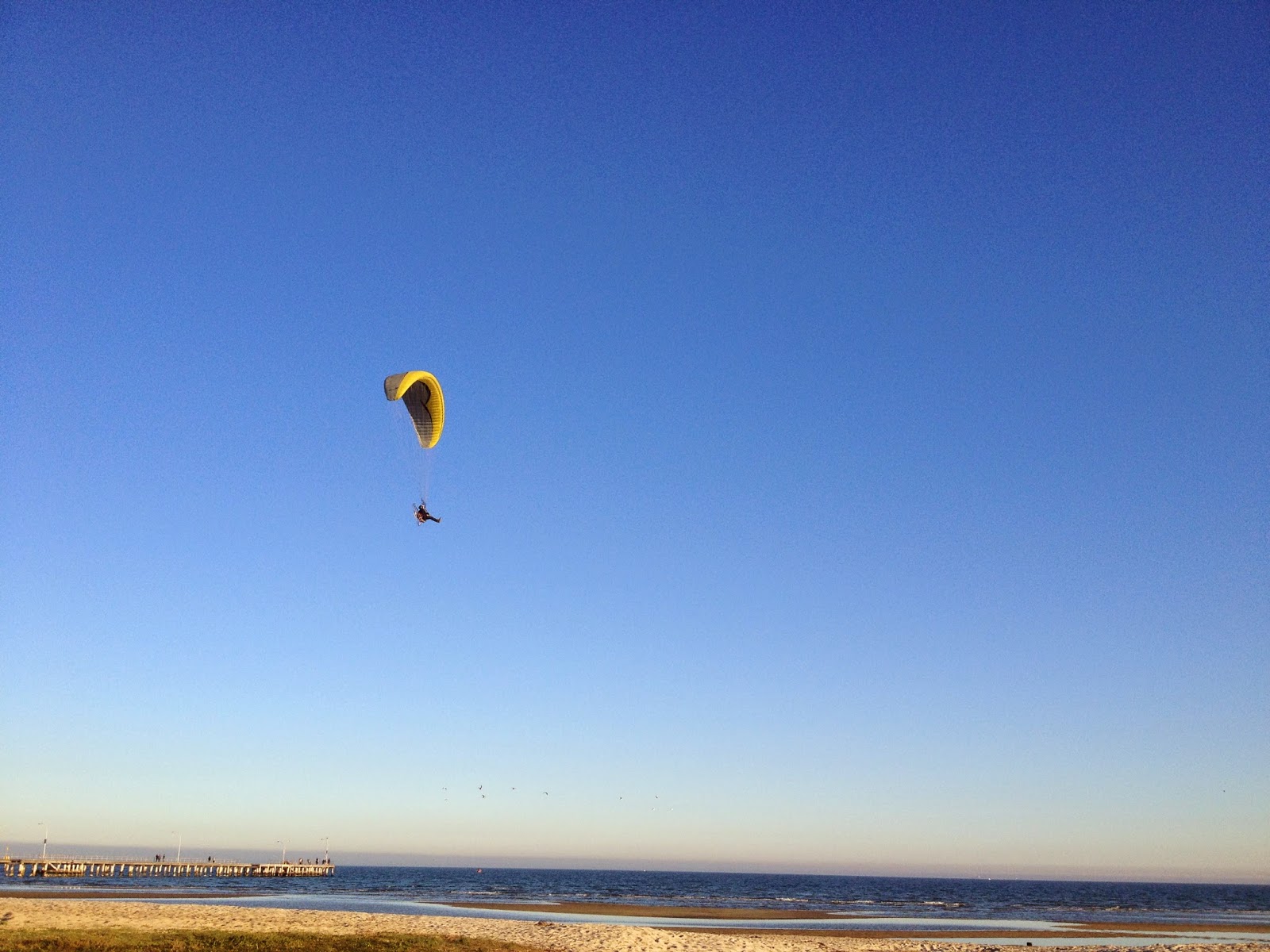 You can find all sorts of things at the beach! 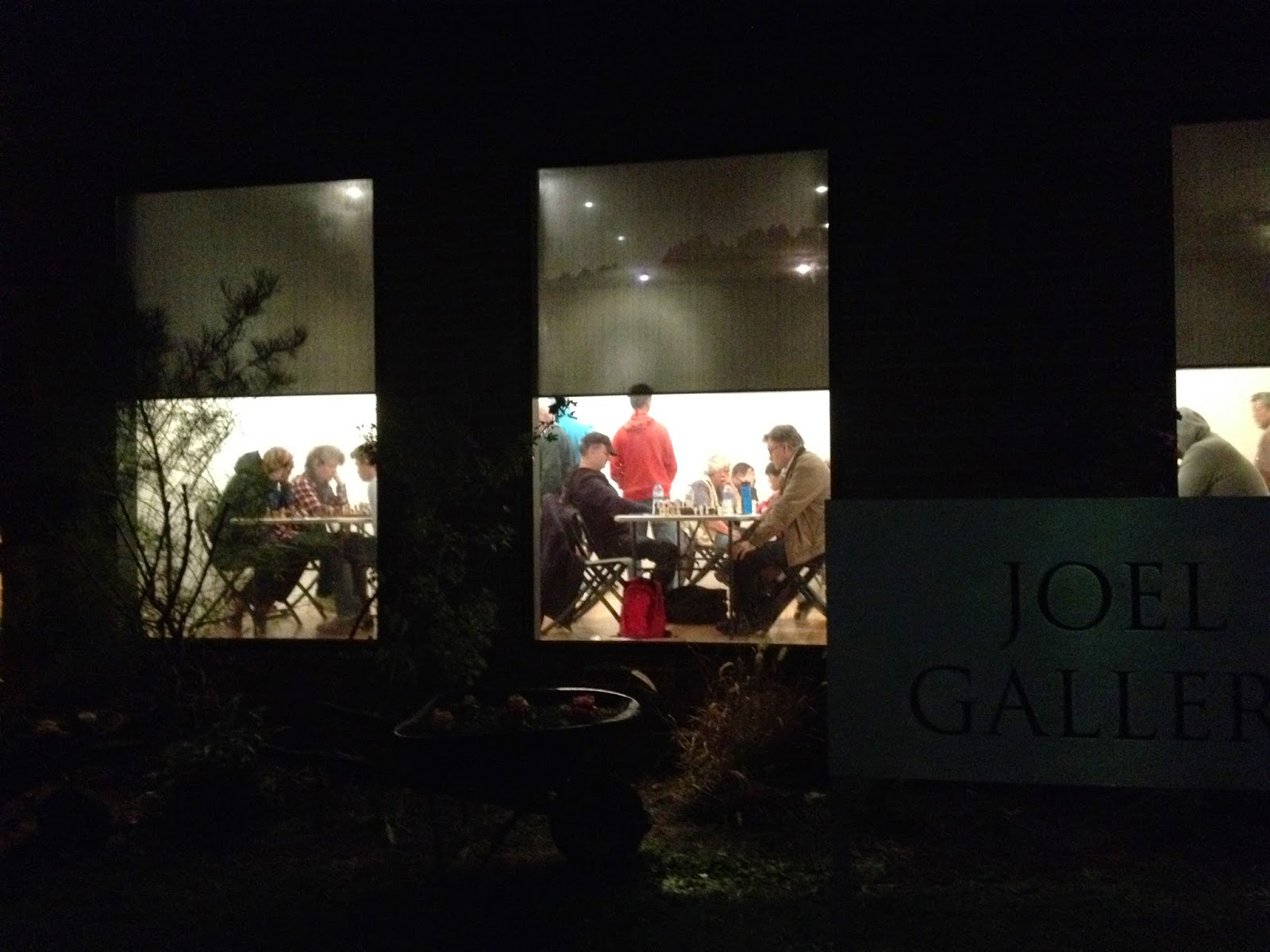 A view inside the playing area during the Saturday night round 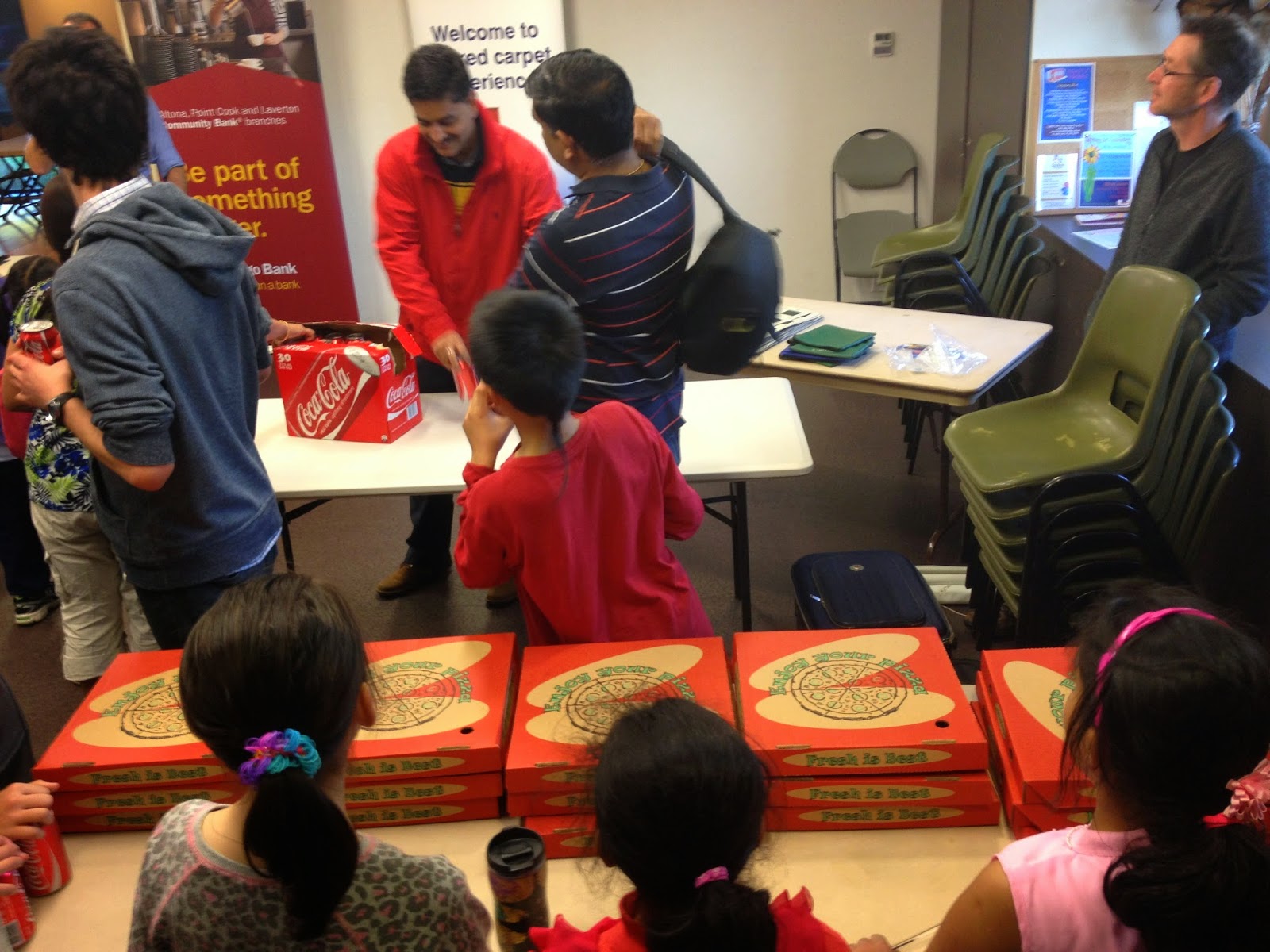 A nice touch by the organisers - pizza for everyone before the prizegiving! ﻿

In round 1 I played improving junior Sam Trewin & was happy with the solid Philidor position that I achieved out of the opening. I played the more aggressive plan with castling on opposite sides &  a pawn storm with h6 & g5, however I did find some difficulty with the pressure Sam got down the d-file with his major pieces. Once the knights were exchanged on d6, I took control of the game after 23... Qg7, although I did miss a fairly clear win with 30... R8xg4 (I missed the follow-up 31... f3!, so didn't go down the line). Ultimately I had to win a fairly instructive bishop v knight endgame & was happy with my technique & glad to get past the first game safely.

In round 2 I played Geoff Barber & after avoiding my Blackmar-Diemer gambit, the position turned into a good version of the advanced French & my kingside pressure was able to overrun Geoff's kingside fairly easily.

In round 3 I played the fourth seed FM Domagoj Dragicevic & decided to play a more conventional opening (albeit a sideline) in the white side of the Grunfeld. Although I was under some pressure early once I had to do something about the centre (I decided to play d5), I exchanged off the major pieces & probably had slightly the better of the minor piece endgame that ensued. However this advantage was only slight at best & after some more exchanges we agreed a draw after reaching an opposite coloured bishop endgame.

In round 4, I played 8th seed & local Hobsons Bay/Altona club champion Dean Hogg. We played a symmetrical English & I thought the game might be drifting towards a draw, although the symmetry was eventually broken around move 14. I managed to develop some pressure on the kingside & I think I held the advantage through the early middlegame due to my superior black squared bishop. I missed an opportunity for a significant advantage with 24. Bf4, but retained an edge with an exchange sacrifice on h5. Dean's final blunder was playing 30.Rg1+ (the computer suggested only 30.d6 gave white any chances to hold the position) & I found a nice mating combination after 32. Bxe5 to finish off the game. 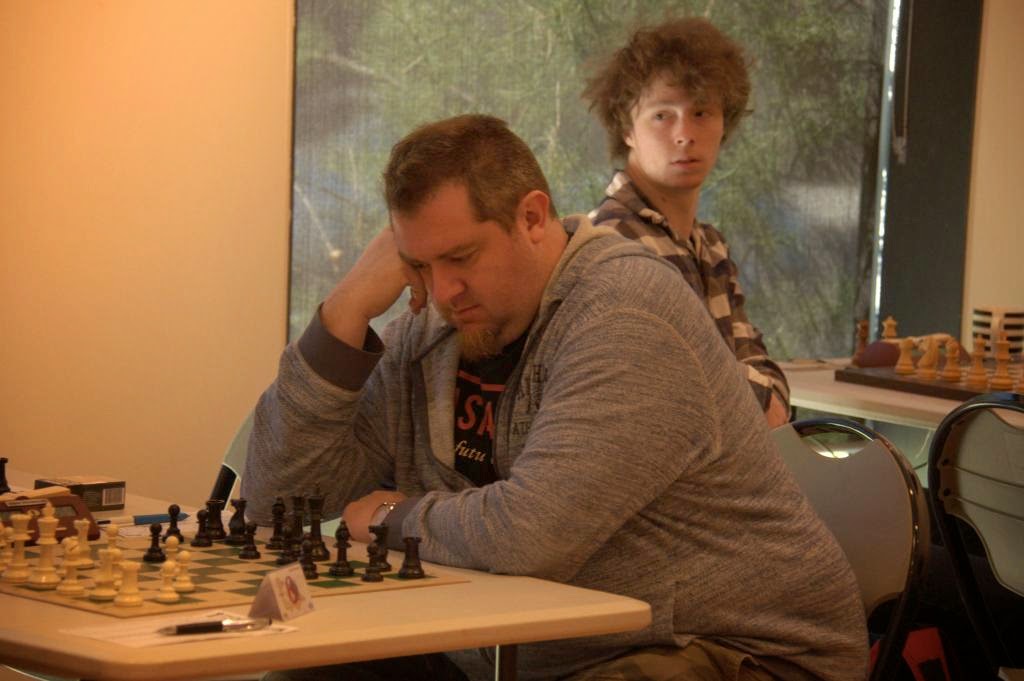 I found myself with a tough final round assignment, playing tournament top seed IM Kanan Izzat. I decided to go for it in the opening & played into a Blackmar-Diemer gambit, but Kanan declined the pawn, choosing to play 4... e3. Once again I tried to take the most aggressive approach & castled on the opposite side to Kanan, but did not play the most promising follow-up, finding myself in a fairly even rook & bishop v rook & knight endgame. Unfortunately I played a poor move in 23. h3, putting another pawn on the same coloured square as my bishop & this allowed Kanan to exchange all the rooks & head for slightly better knight v bishop endgame, which I was unfortunately was unable to hold.

Although my final score of 3.5/5 left me out of the prizes, I was reasonably happy with my tournament. I played the toughest field out of all players in the event & my result should see me gaining a few rating points. I had the opportunity to finish in equal first place & although I did not win my final round game, I thought I played reasonably well apart from the mistake in the endgame that Kanan exploited with excellent technique.
I was also happy to once again play in a chess tournament after so many events where I have been an arbiter, particularly after my experiences at the Olympiad when I was watching high level chess up close on a regular basis for almost two weeks.
I look forward to playing some more chess in the near future (hopefully with similarly promising results) & look forward to the 2015 Best in the West event! 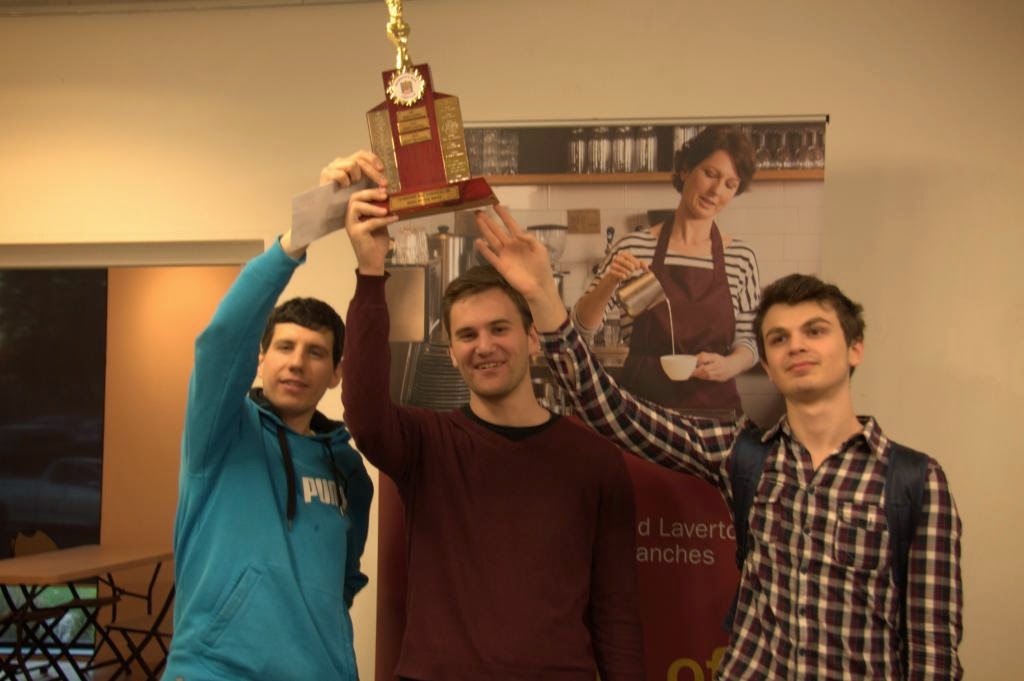